I couldn’t plan a trip to Barcelona without getting a chance to visit the Nou Camp – twice, once in a cack-handed attempt to buy some tickets, and a second time to hand over said ticket so I could get in and watch the greatest team in the world take apart the Stoke of their league.

I’m not particularly a fan of any team other than West Ham (and perhaps Billericay, since I live there) but I have a great fascination in watching two random teams, and if I’m going to pick them I may as well start at the top. The whole experience didn’t disappoint once I actually had the tickets – it’s very difficult to buy on line, but you can go along in the days before the game and buy them at the ground, once you work out where the ticket office is (and it took me a good half hour to find it). It gave me a chance to take in the ambience of a non-match day; the ground has its own kind of plaza inside and it was nice to walk around there the day before the match with quite literally HUNDREDS of touristicos like me. 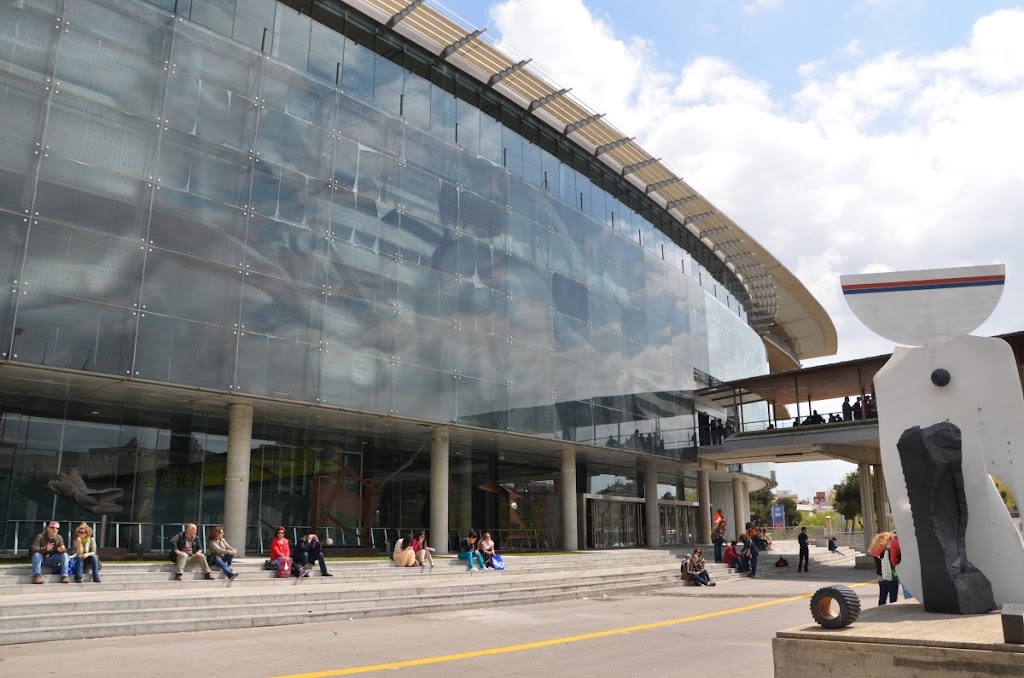 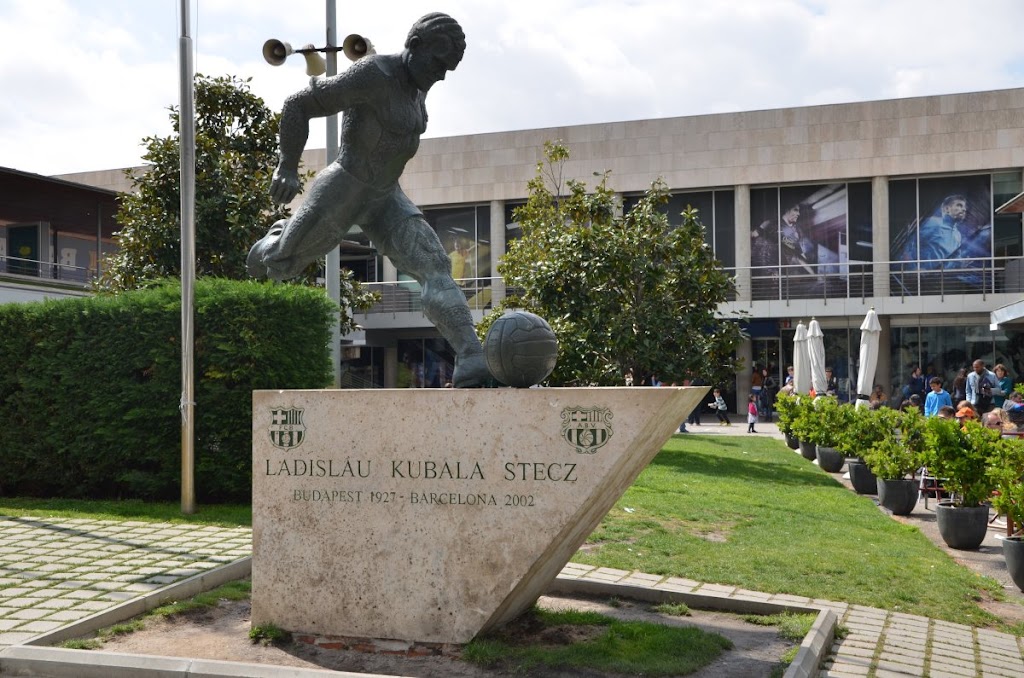 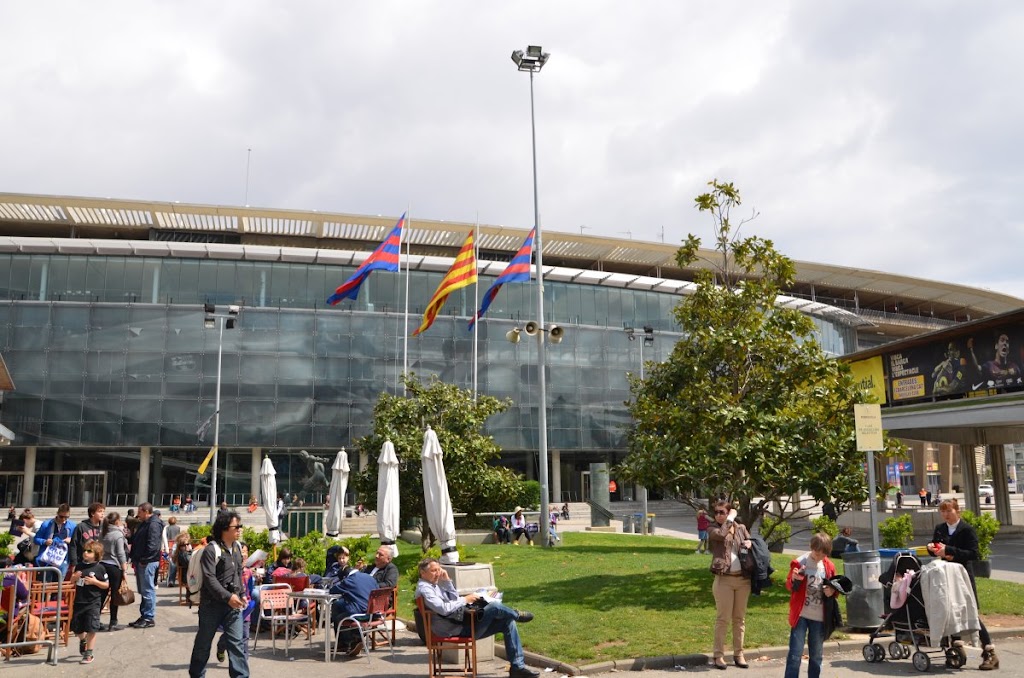 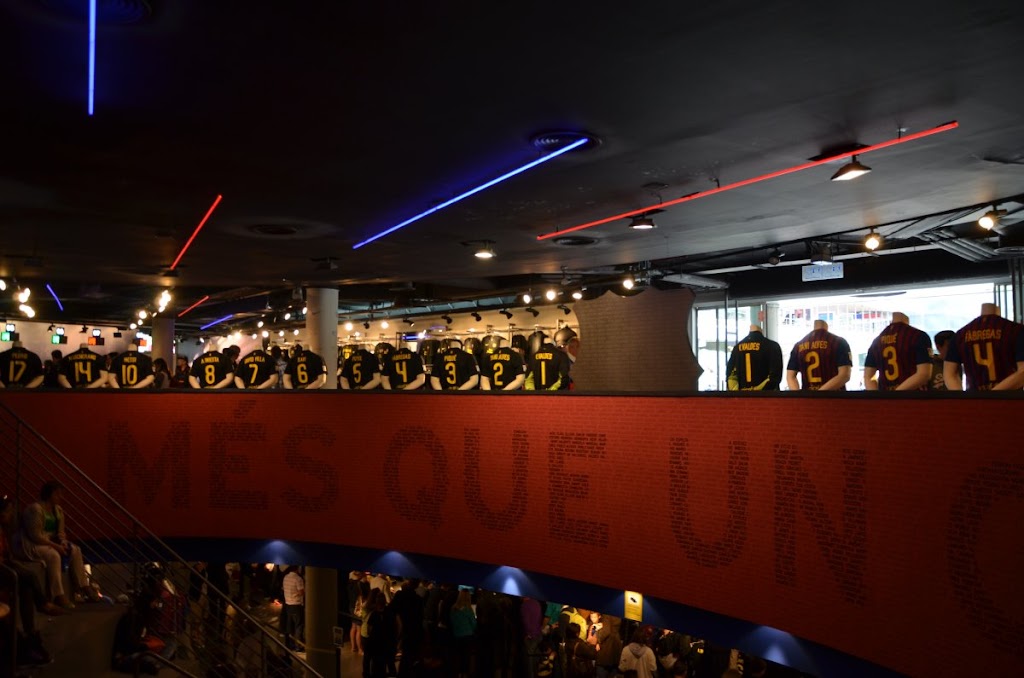 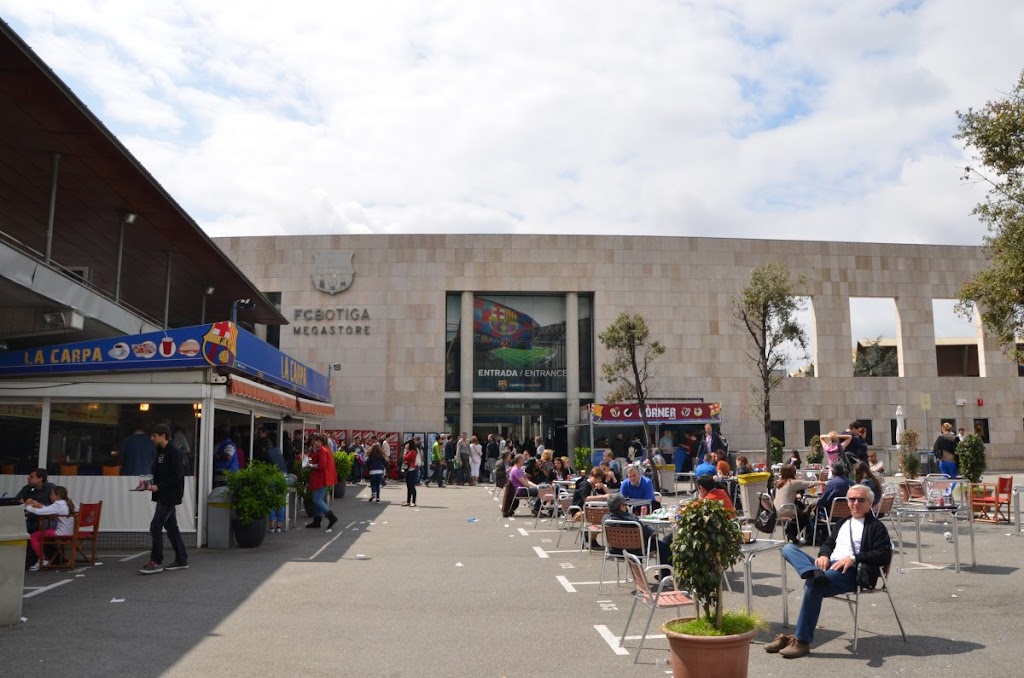 The next day and onto the match itself – I was staying in Sitges, got the train into Sants station, and then walked about 25 minutes across town to the ground – that was pretty painless. (It was interesting that after the match, the crowds seem to disappear pretty quickly, and we were pretty much walking back to the station with no other football supporters). Probably should have had an Estrella Damm before I got in the ground though, as the only one they sell inside the ground is the 0.0% variety (which EVERYONE was drinking, and which was actually not too bad).

I remember the atmosphere being very chilled out in the crowd – well it would be if your team won every week! It was good, and suprising, to hear them play out Cant Del Barça by Coral Sant Jordi – a 1975 musical curiosity which I’d played at home plenty of times on the Bend It! compilations I’d bought in the 90s.


It was interesting to see the home fans dive for cover at the slightest little bit of rain. After about 40 minutes we had the lightest and briefest of showers – and everyone disappeared into the annals of the stadium. Except the English tourists, of course!

The other interesting thing is that this was the place that made me realise how un-Spanish Barcelona is. You see Catalan everywhere in Barcelona, but in the annals of the ground, the snack bar menus were in Catalan, English … and NOT Spanish. Must be very strange, like going to Cardiff and seeing everything in Welsh and French. 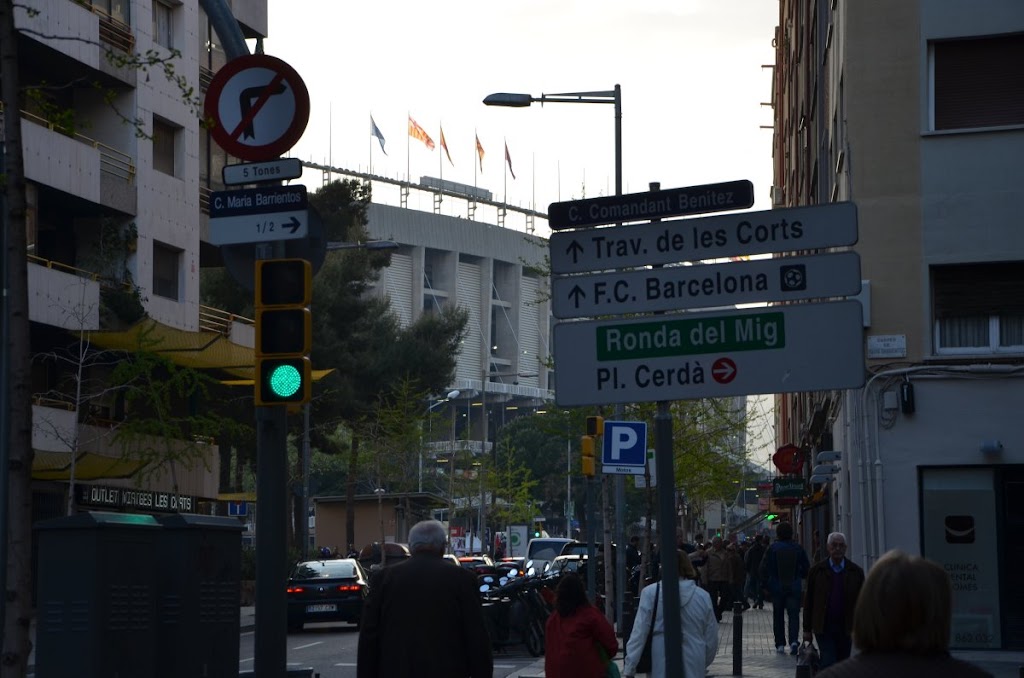 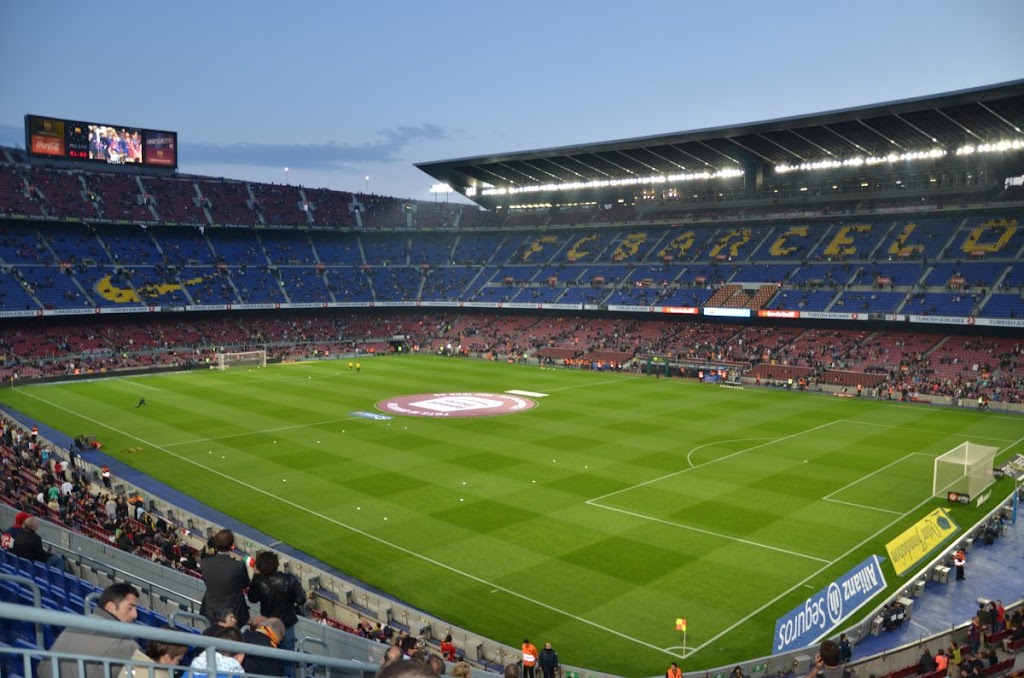 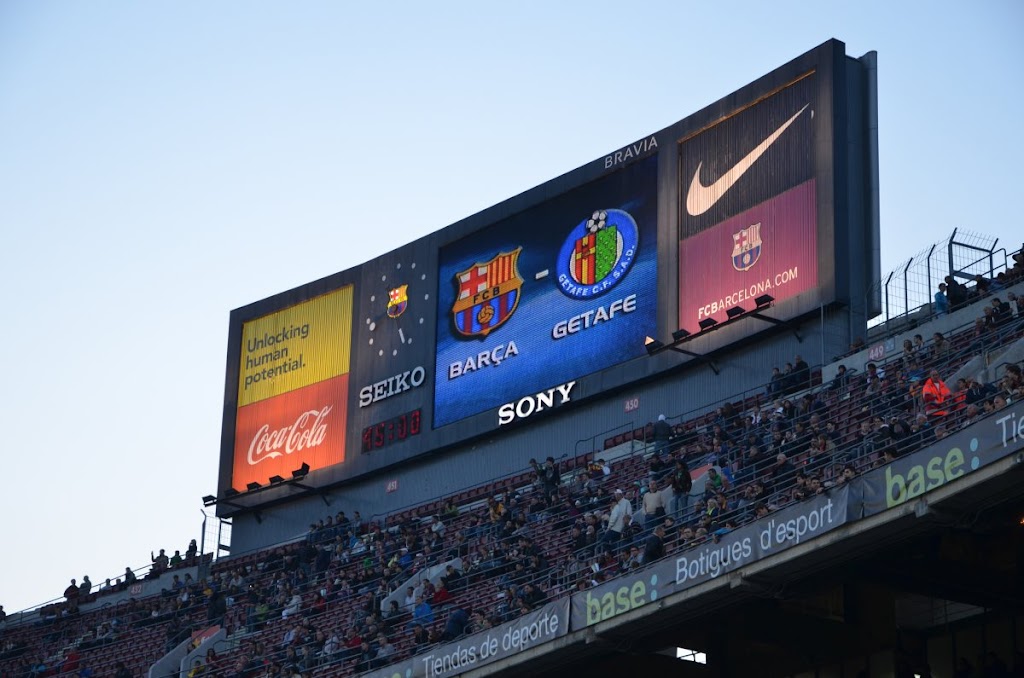 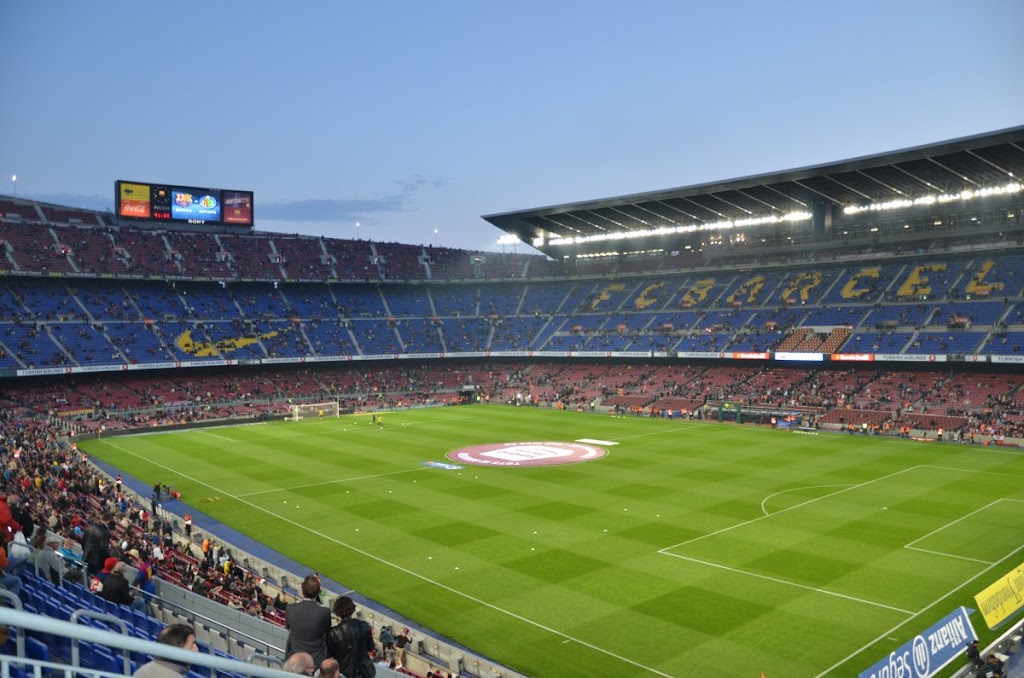 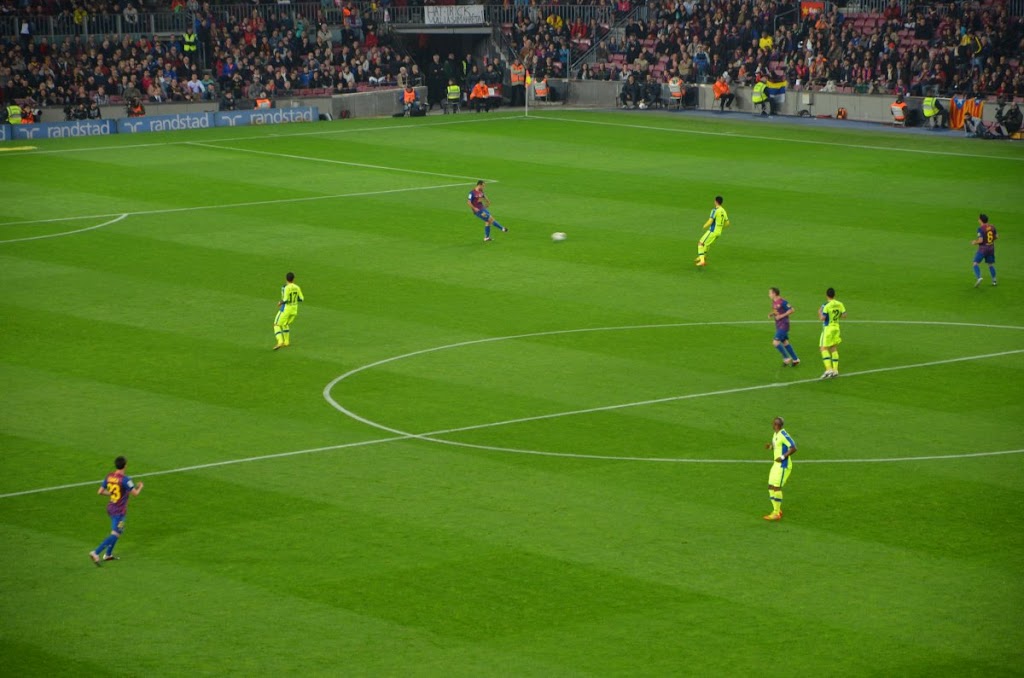 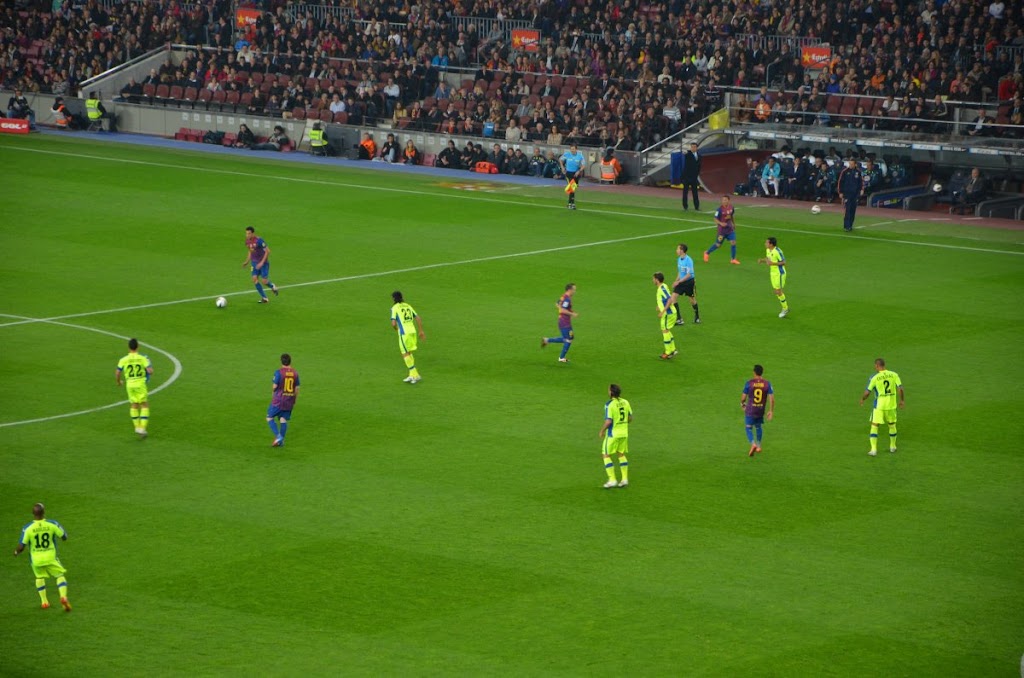 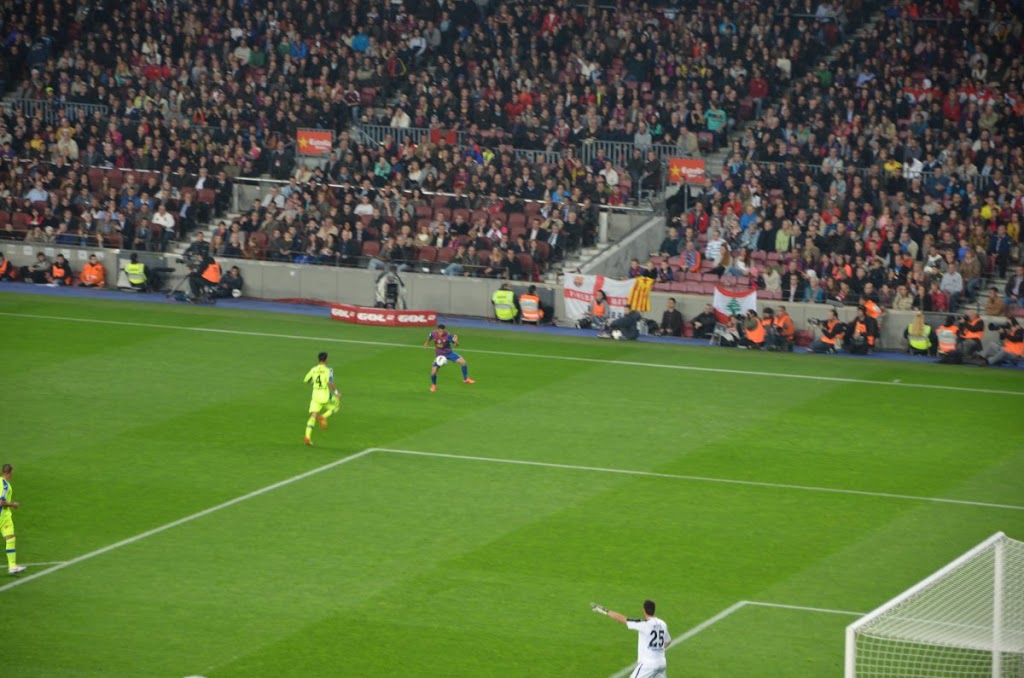 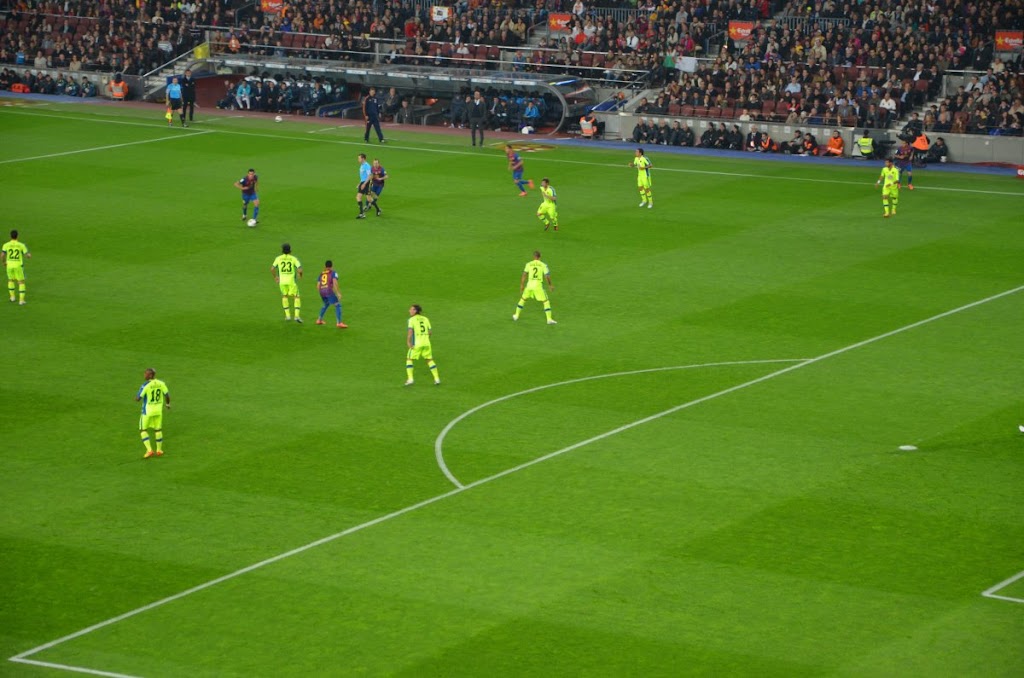 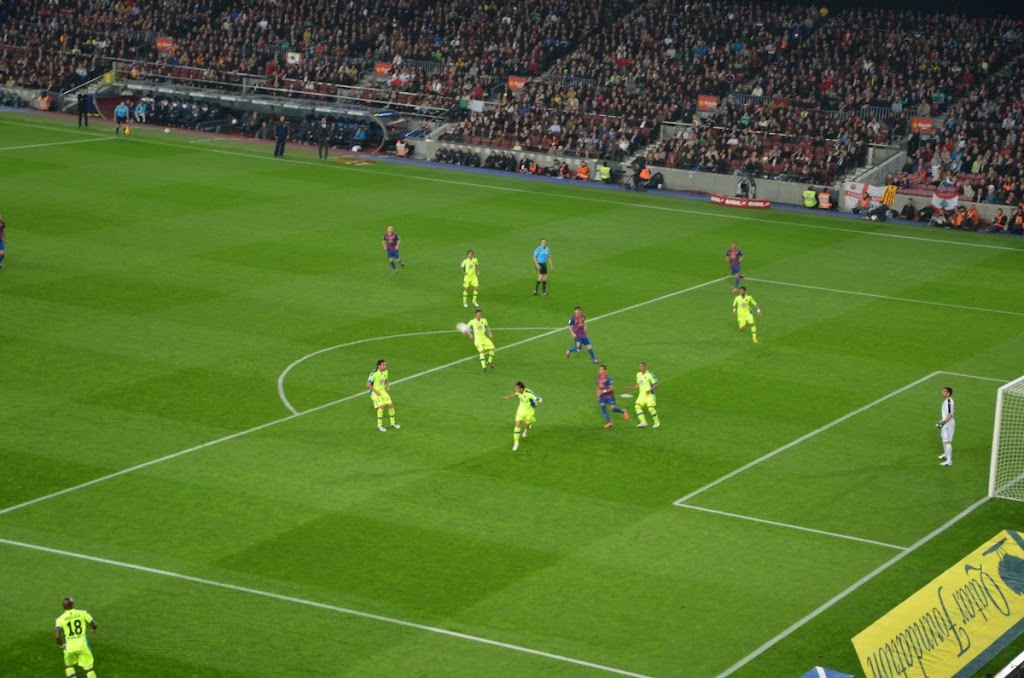 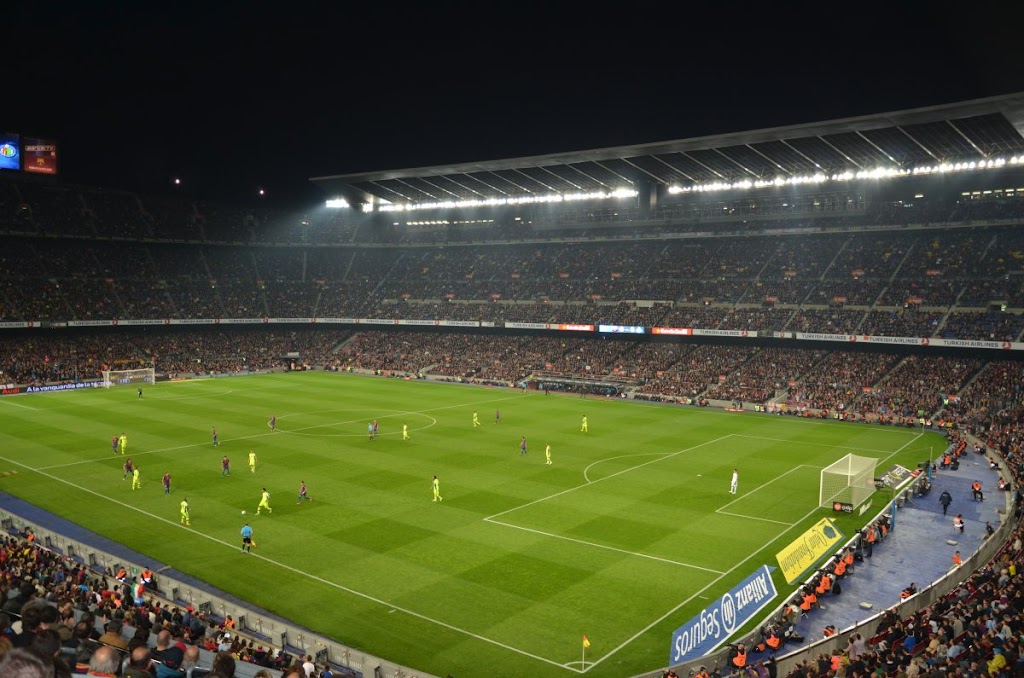 As for the game itself – men against boys. It’s a bit of a cliche to say it looked like a training match, but for long periods of the match that’s what it did look like.

Barcelona moved to within a single point of Liga leaders Real Madrid with a 4-0 victory over Getafe at Camp Nou.

In a comprehensive win, Alexis Sanchez opened the scoring before Lionel Messi added the second shortly before the break. Getafe limited the space in the second half but eventually succumbed to the pressure as Pedro and Sanchez put the game beyond doubt.

Barca began by squeezing Getafe high up the pitch and using their wide midfielders and wingers to stretch the pitch and edge forward down the flanks.

With 12 minutes played, Andres Iniesta forced the first save of the game from Miguel Moya, but there was nothing the Getafe keeper could do to keep Sanchez’s effort out just two minutes later.

Messi cushioned the ball into the path of the Chilean who then skipped inside of Alexis before bending an effort into the top corner from the edge of the box.

The Blaugrana were pulling Getafe apart at will but the second goal remained elusive. Pedro and Messi both failed enhance the lead either side of a contentious effort from Xavi in the 17th minute.

Messi threaded a pinpoint pass to put the midfielder clear to dink the ball over Moya, but saw his shot cleared off the line by Cata Diaz, and Messi failed to head in the rebound.

Barca remained dominant. Sanchez missed a fantastic opportunity to score his and his team’s second, when Isaac Cuenca’s tantalising cross begged for a tap in at the back post, but the Chilean could not oblige as he hit the side netting from inside the six-yard box.

Relief could be felt among the Barca ranks when the lead was eventually doubled just one minute before the break. Messi upped the tempo with a one-two with Iniesta in the box, who then teed the ball up for the Argentine to hammer a devastating finish into the back of the net from 15 yards.

Barcelona began the second half as they ended the first but fell flat soon after. Just before the hour mark, Busquets’ poor headed clearance fell to Diaz in space. He looped an ambitious shot at Victor Valdes’ goal but it lacked enough dip to find the net, rattling the bar before going behind.

In a low-tempo second period, it was not until the 73rd minute that Barcelona found the net again. Cuenca hugged the right touchline all night and recovered from an initial heavy touch to supply a great cross for Sanchez to head past Moya.

Two minutes later, Pep Guardiola’s side made the victory all the more emphatic. Messi supplied the expert delivery which Pedro flicked across the goal from the near post to score just his third league goal of the season.

Barcelona remain in second position but have closed the gap between themselves and Real Madrid to just one point. Jose Mourinho’s side can restore their four-point advantage should they beat Atletico Madrid tomorrow evening. Getafe, meanwhile, remain in 10th place but could drop into the bottom half should results go against them tomorrow.