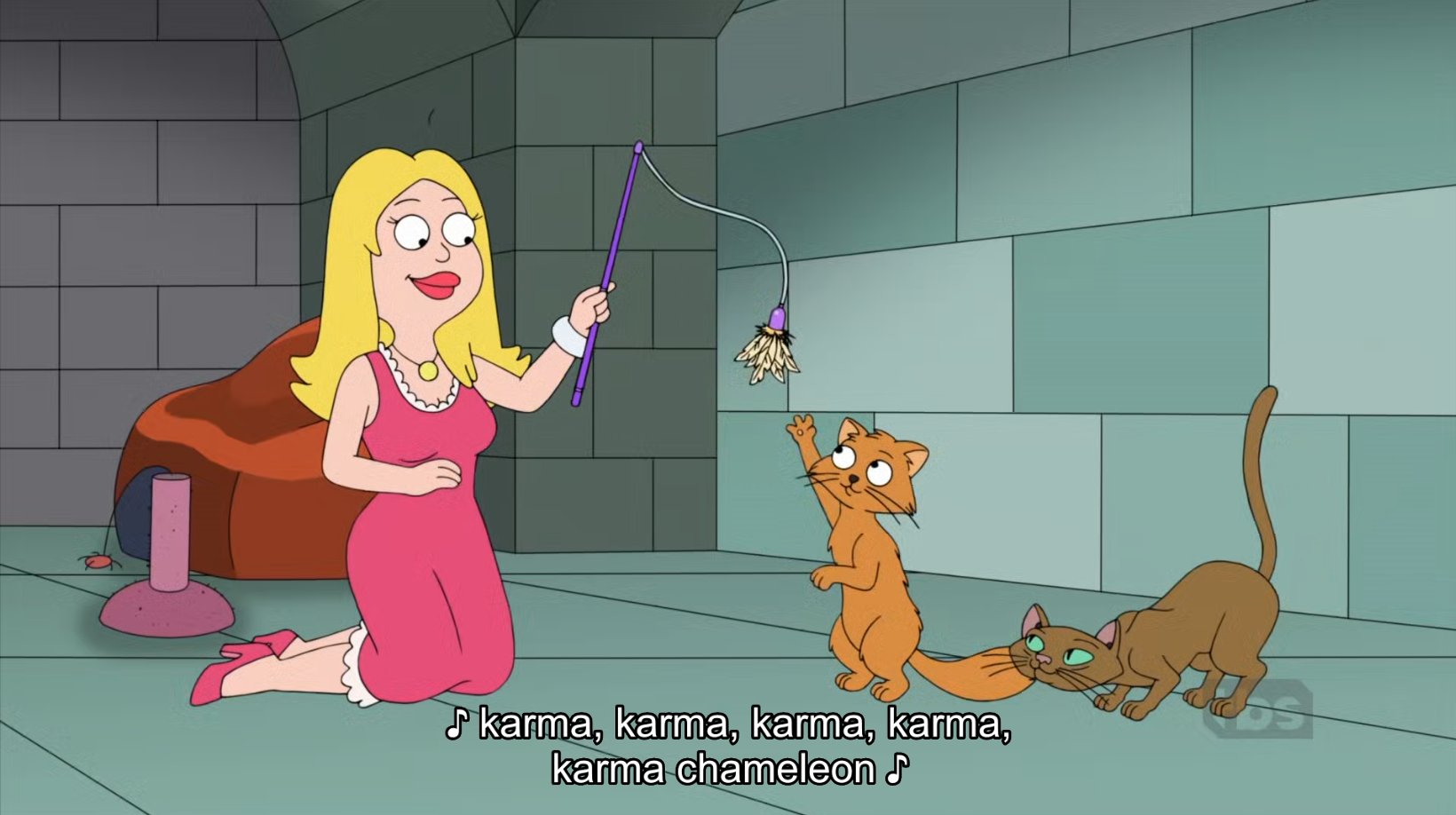 I have one of those things for my cats. Best cat toy ever

Francine is annoyed when Klaus steals the show at her dinner party. The next evening she throws a wild party, but everyone is looking at Klaus again. Eventually Klaus reveals his secret to Francine.

I’m getting these plot summaries off Google, and they are a bit rubbish aren’t they? I had to Google a few people. Dan Bilzerian “is an Armenian-American poker player, businessman, and social media influencer” (sounds terrible), Marc Maron is a comedian (who I’ve never heard of), and Buck Mason isn’t a person, but a retailer, who somehow has a turnover of about $50m yet only about four lines on Wikipedia.

This was a better episode, full of references I didn’t understand (since I’m British) and also with a bit of a weird ending – would Klaus REALLY hypnotise that many people? Waking Francine up at 2am with an air horn is definitely a Father Ted thing – Sister Assumpta does this to Ted and Dougal in Cigarettes and Alcohol and Rollerblading, although that was a 5am start … Rating: B-