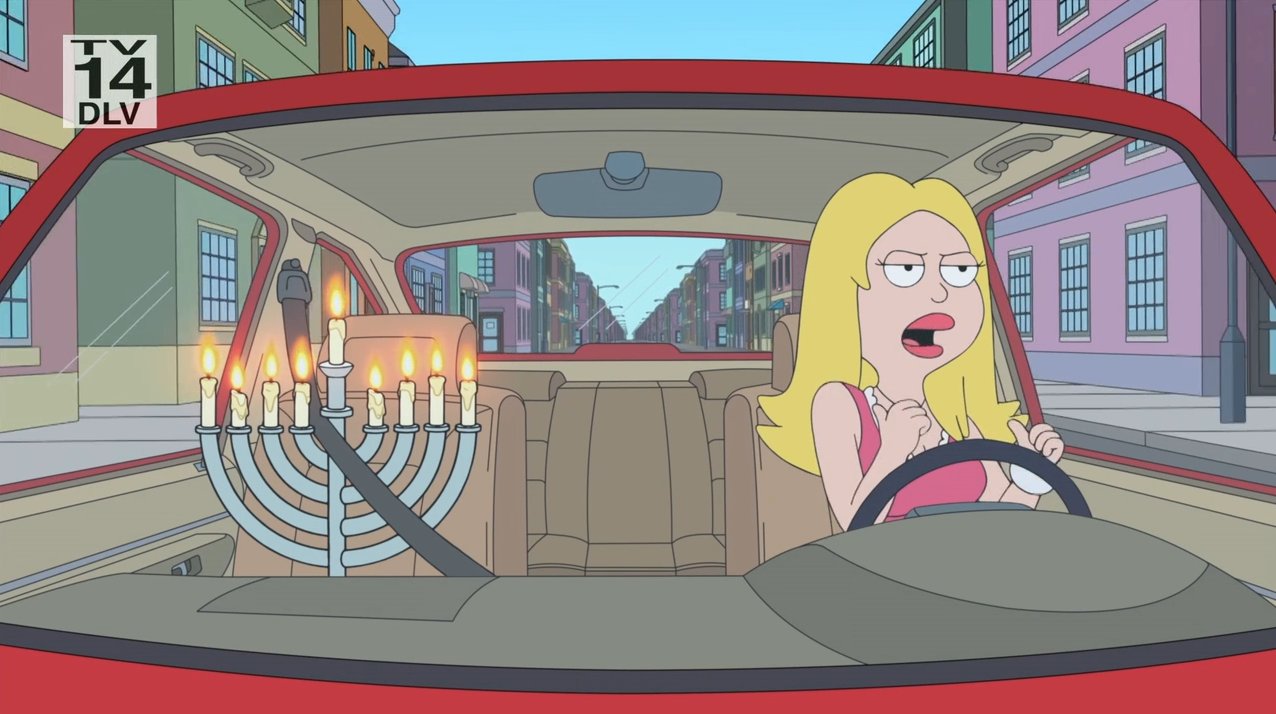 After Stan decides to become an honorary fireman, Francine injects some fire into their lives. However, their marriage is put to the test after Francine realises that she is getting addicted to arson.

I thought this took a while to get going. Stan is stupid again, and Roger is an arsehole again. Most of the laughs for me came from Francine’s love of fire, which has made me have a long hard think about where I’m going with that.

I couldn’t get into Roger’s knife throwing at all, it just seemed forced. The last 10 seconds is probably not something I want to have on when I’m trying to get to sleep. Rating: C+