I’ve recently started to follow nothingelseon on Twitter. It’s fascinating as he’s currently putting up every NME and Melody Maker cutting from 1991 that he can find. Around that time I bought both papers and religiously read them from cover to cover. So I probably did read this interview with Thousand Yard Stare from June 1991 that he posted a couple of days ago: 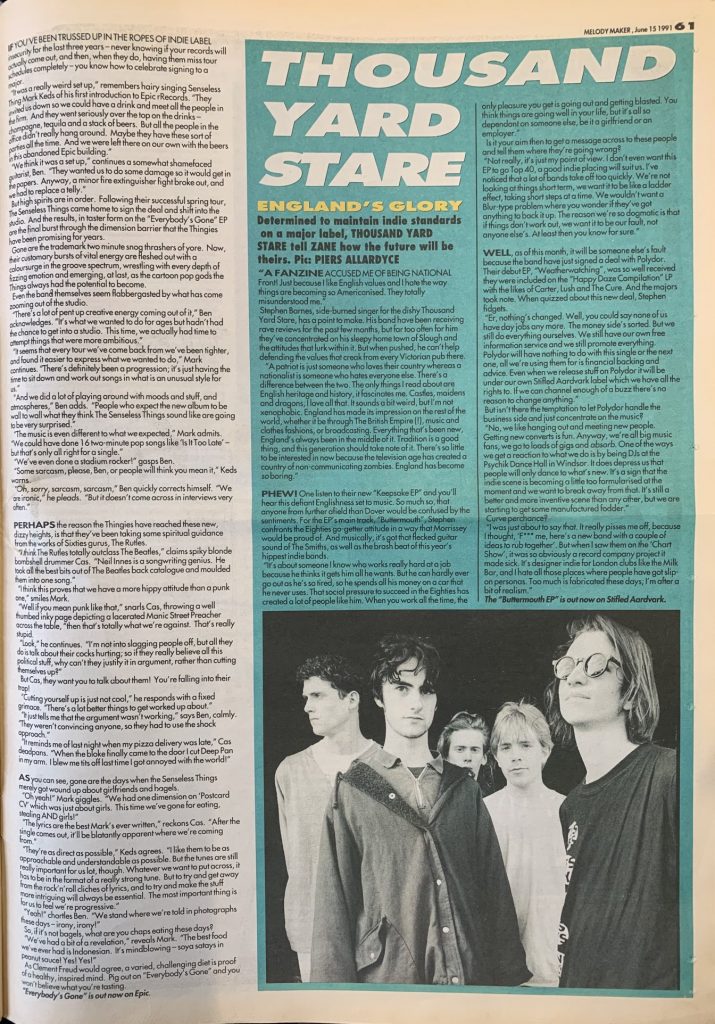 Who would have thought that, over 31 years later, I’d be writing a blog talking about the band’s new single and album? They’ve been hard at work with new releases since they reformed in 2015. Here’s the video for new single Espirit du Corps – a new album, Earthanasia, is out on October 14 and you can buy it through the TYS webstore.

I’ve just remembered too that Earthanasia was the name of the Goodies Christmas Special in 1977 – one that scared the shit out of me and almost ruined my Christmas!