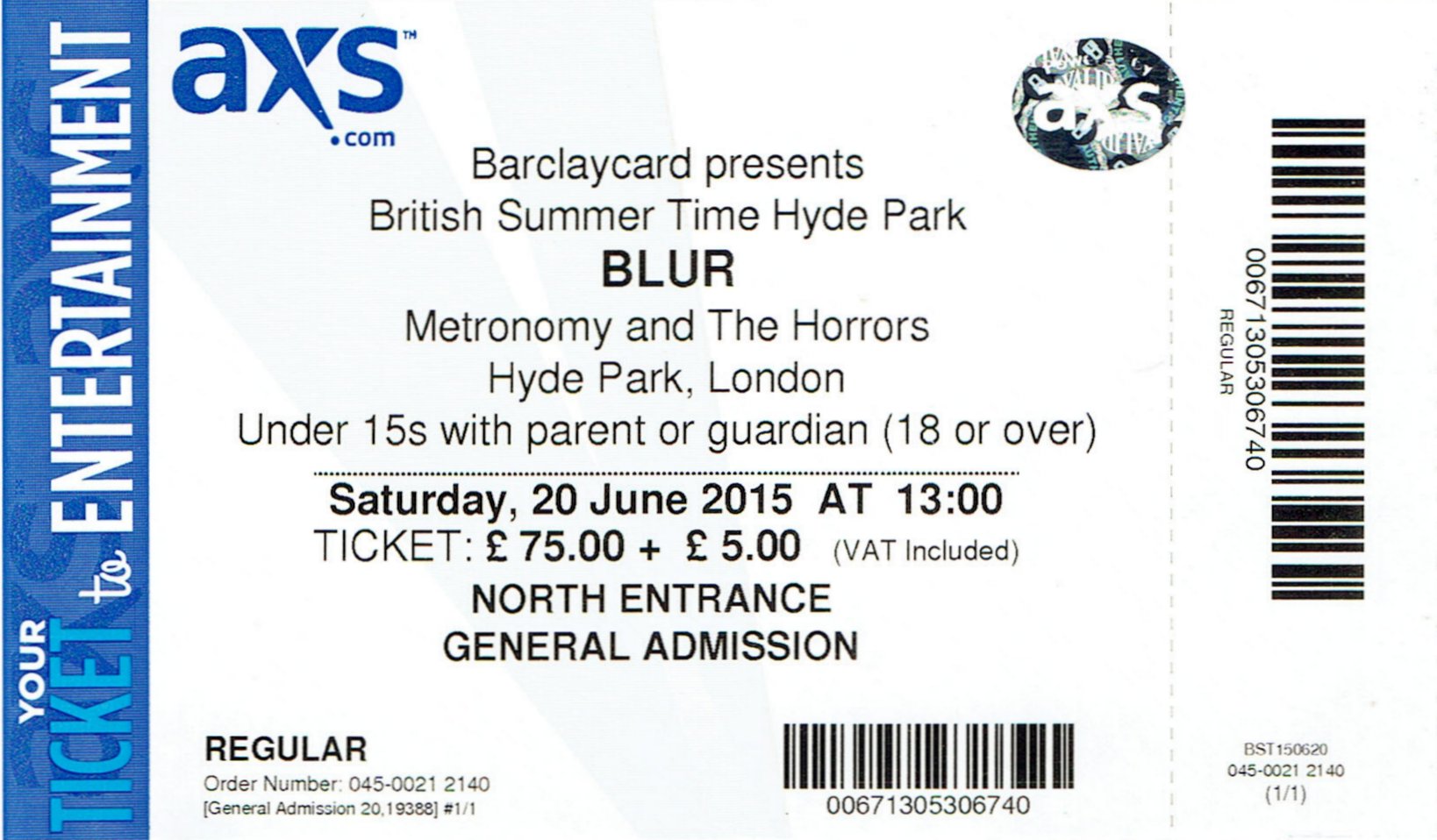 Blur gigs are few and far between now. It’s been three years since I last saw them and it will be much more than that before I see them again, if they ever do play live together again!

I was spurred on into buying £75 tickets for Blur’s latest Hyde Park jaunt due to their unusually great album, The Magic Whip which was released in April.

The success of this unexpectedly Blur-like album has helped them to fill the venue for this one. I doubt I’ll be seeing them in Oscars or the Old Trout again … 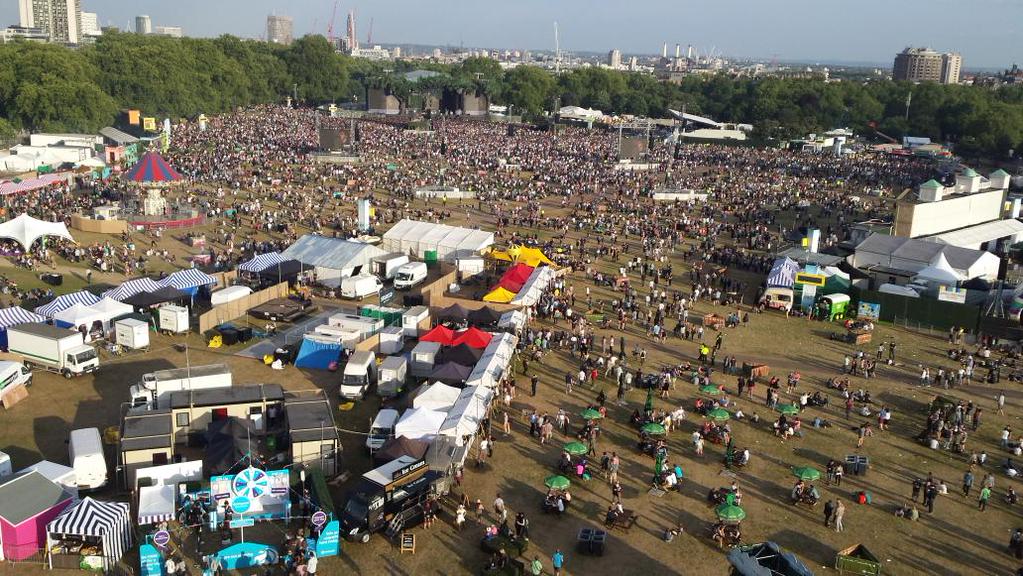 Found this online. Not my photo of course!

Things are different at these kind of gigs now. They charge a ridiculous sum of money to get in and they charge a higher sum to get closer access to the stage – which is kind of ridiculous.

I also bought some food from one of the traders, Bleecker Burger, and was short-changed – how greedy do you have to be to multiply £9 by 3 and ask for £30? You wonder how many times that was tried on during the course of the day with people who would have been more drunk than me … I did tweet them, and they apologised, but shows you need your wits about you!

Didn’t fancy a lot of the supports but got there early enough to catch Metronomy (would have loved to have seen Teleman though). The two-tier system means that I couldn’t really hear Metronomy very well from where I was standing – too many people talking through the sets, very loudly. I did reposition myself in the end. Metronomy knocked out 18 songs in the end – probably more than their own headline shows!

These kind of gigs used to have massive array speakers on the stage, but now they tend to put them throughout the crowd, which means the quality and volume is variable – you can walk further away and hear it better, which doesn’t make sense. We managed to find a place with a fairly decent view and good sound though – which I know is the least you should expect for the good money people hand over.

The Blur set, as ever, was a delight.