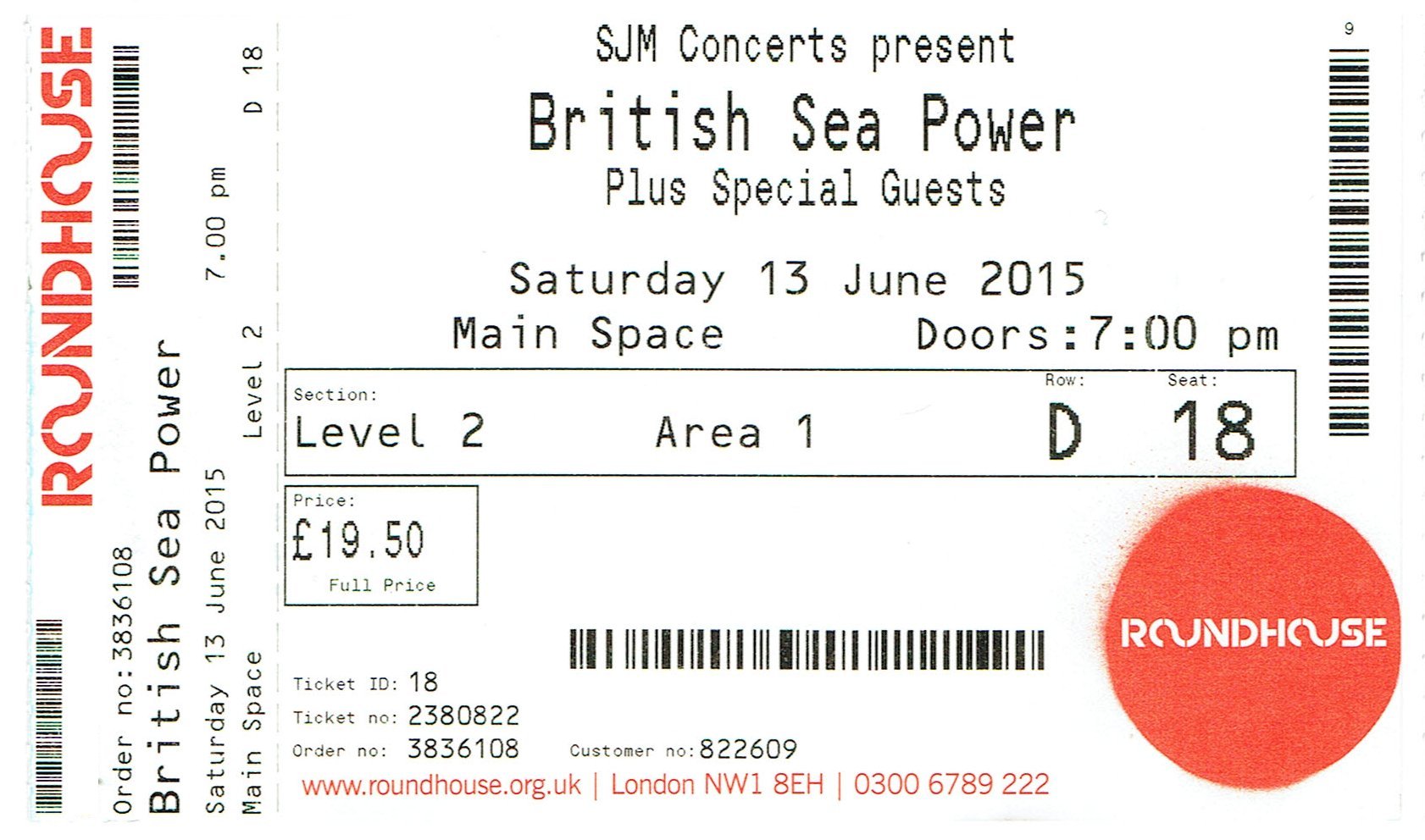 British Sea Power for the ninth time, and my first in four years. It didn’t have the intimacy of a village hall on the Sussex Downs on a Saturday lunchtime, but it was a great show all the same.

The evening was a 12th anniversary celebration of the release of The Decline Of British Sea Power. I’m not sure if there is such a thing – but it remains my favourite of their albums, and one of my favourite of all time, and it was a great opportunity to hear the whole thing plus a few B-sides and rarities from that time.

After that a smattering of “hits” too – and a return to the stage for mad drummer Eamon, and the 12 foot tall grizzly that ended up crowdsurfing at some point. You don’t get that at most gigs.

We had seats in the very small seating ring in the Roundhouse, and Eamon came up and drummed in front of us, which was nice.

I enhanced my enjoyment of the evening by deliberately missing the support act, Bo Ningen. I’ve seen them live twice before – and they are shit. Sorry, hipsters.

The BSP engagement at London Roundhouse had long been a sell-out slam-bam. As the venue was prepared for the performance, friends and family eased themselves into the surrounding area. The legendary BSP audience grouping known as the 3rd Battalion had arranged to meet for pre-gig drinks at the top of Primrose Hill. This happy gang looked down over London, secure that fate had directed then here – rather than, perhaps, to the Elton John show at Kendal Westmorland County Showground. This BSP vanguard unit included people who’d travelled in from Shanghai, New York, Glasgow and Kendal. From Manchester, Torbay, Ipswich and Birmingham. From Brighton, Surrey, Devon and auld Drumnadrochit high in the Scottish Highlands. More friends were on their way.

As the Primrose Hill elite sipped 1991-vintage port, the Patrick Mooreheads were on the march. These three women attended the first ever Club Sea Power night in 2001 and have remained custodians of a certain spirit across all time since, making their amazing BSP couture and appearing on stage at several BSP shows, equipped with artefact and invention. This history was to the fore when the Mooreheads got in touch before the Decline dates: “We’ve been talking about the BSP shows. How about a big papier-mach’ cock pinata, covered in BSP tattoos and then lowered from the ceiling at the Roundhouse? We would then come on in greasy overalls and, with BSP gun/spades, suggestively prod at the pinata. Out of the cock comes beautiful silver glistening stage spunk. What do you think?” As wonderful as it sounded, it was decided that this Mexican-style phallic fun-bag didn’t quite fit the desired mood of dignified reflection. This response was respectfully relayed to the Mooreheads.

Just before showtime we heard from the Mooreheads gain: “Can you meet us outside? We have the cock pinata. It’s quite big and we had to strap it to the roof of the car. Some people have been giving us funny looks!” Backstage the BSP party were thrown into smiling alarm. “GET YER KNOB OUT!” indeed. How would the cock pinata square with the venue’s strict prohibition over anything being thrown from the stage into the crowd, even plectrums and drumsticks. Your correspondent went out to help carry in the giant party card-cock. As I stepped outside the venue the Mooreheads were in clear view. But there was nothing else. Naught but radiant smiles and the stunning all-in-one handmade “Nihilist Boiler Suit” that Ruth Moorehead had knocked up for the occasion. Aha. It had all been a brilliant cock hoax. We had fallen for it to the hilt. “GET YER KNOB OUT!”

As in Manchester the BSP Roundhouse performance was preceded by Bo Ningen – as always full of alien allure and compelling noise. Leaping weightlessly from the top of amps, frontman/bassist Taigen Kawabe seems to have learned to fly. After BSP took the stage the rest of the night dissolved into a glorious gel of sound and vision. The audience was immense, willing the band on. It seemed the group were immersed amid family and friends; a capital revision of Spacemen 3’s psych-sensual pulse-beat Big City: “Everybody I know can be found here…” Here was gorgeous sold-out Saturday night where one and all seemed bathed in a weird mix of thrills, goodwill and (no) pills – a rare aggregation of music and audience lit with electrical light and ecstatic feeling. But there was occasional gleeful interruption to this delirious flow.

First there was maximum crowd-surfing from Eamon – floating on the audience’s outstretched like a Turkic joy-boy backstroking across the Sea Of Marmaris under silken September stars. There was also a remarkable manifestation of the big black BSP bear Ursine Ultra. The bear is, of course, an organic law until itself. But for the Roundhouse show the creature had been trained up like never before, by Mr Nick Harrison of Greater Manchester. Under Nick’s expert direction the bear ranged far and wide across the venue. It crowdsurfed at length, the first time your correspondent has seen such bear back-bobbing. In one dramatic interlude security handed the bear back over the stage-front crush-barrier – quite an operation with this nine-foot monstrosity. Eventually, the bear was upright again in the pit. The BSP performance was clocked at two hours but seemed to last minutes. Dedicating the last song to Rough Trade’s Geoff Travis they were gone. 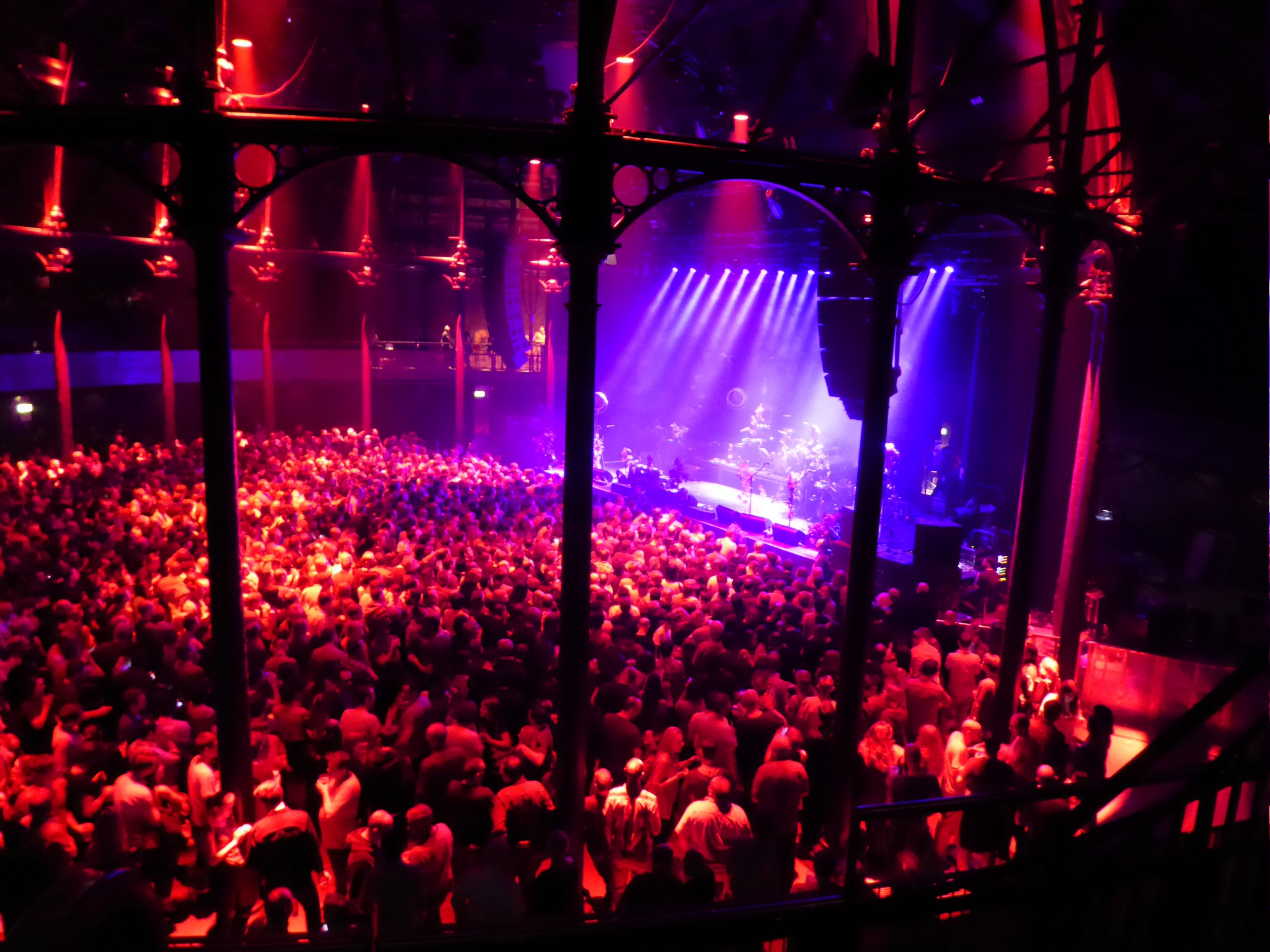 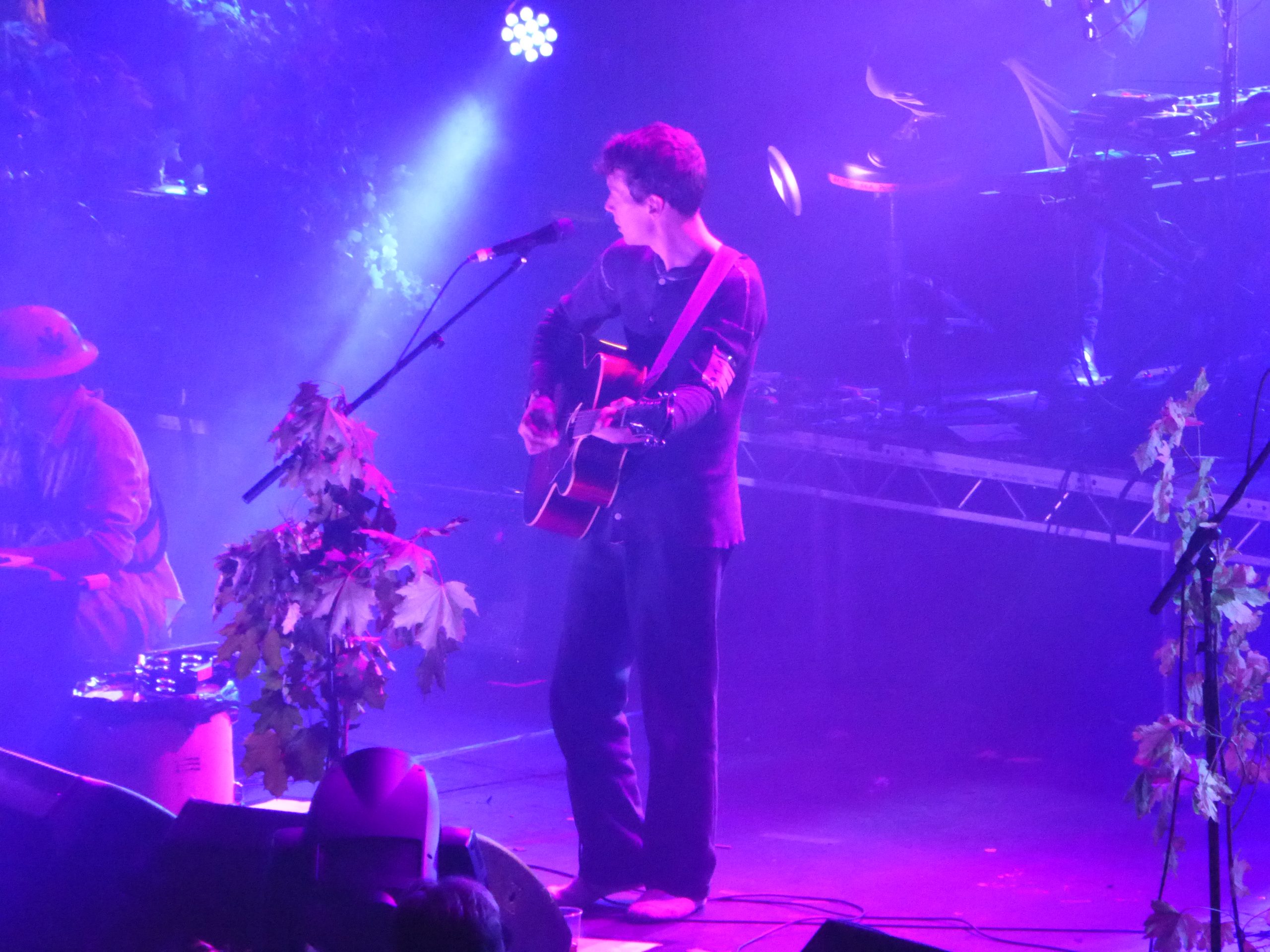 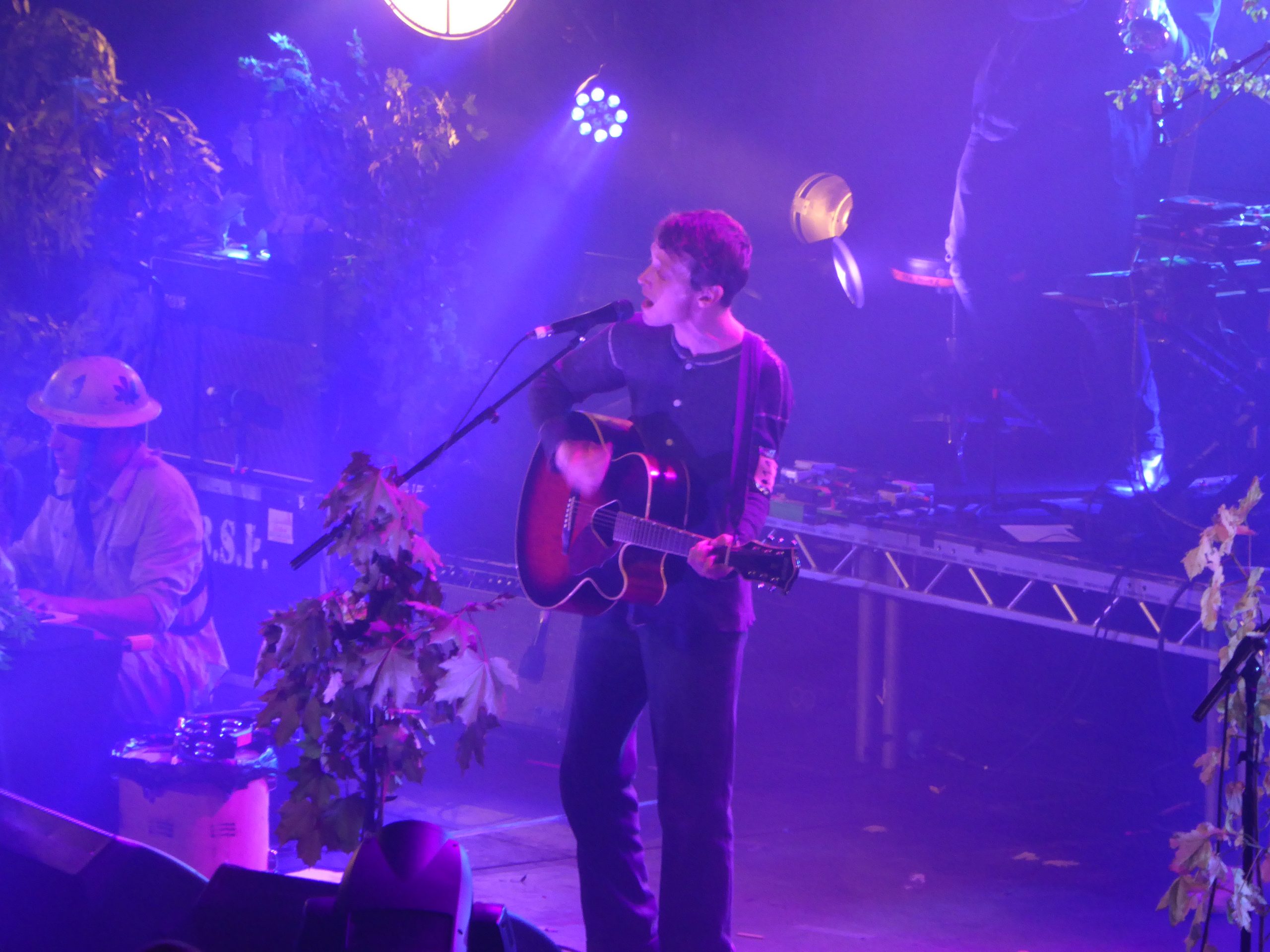 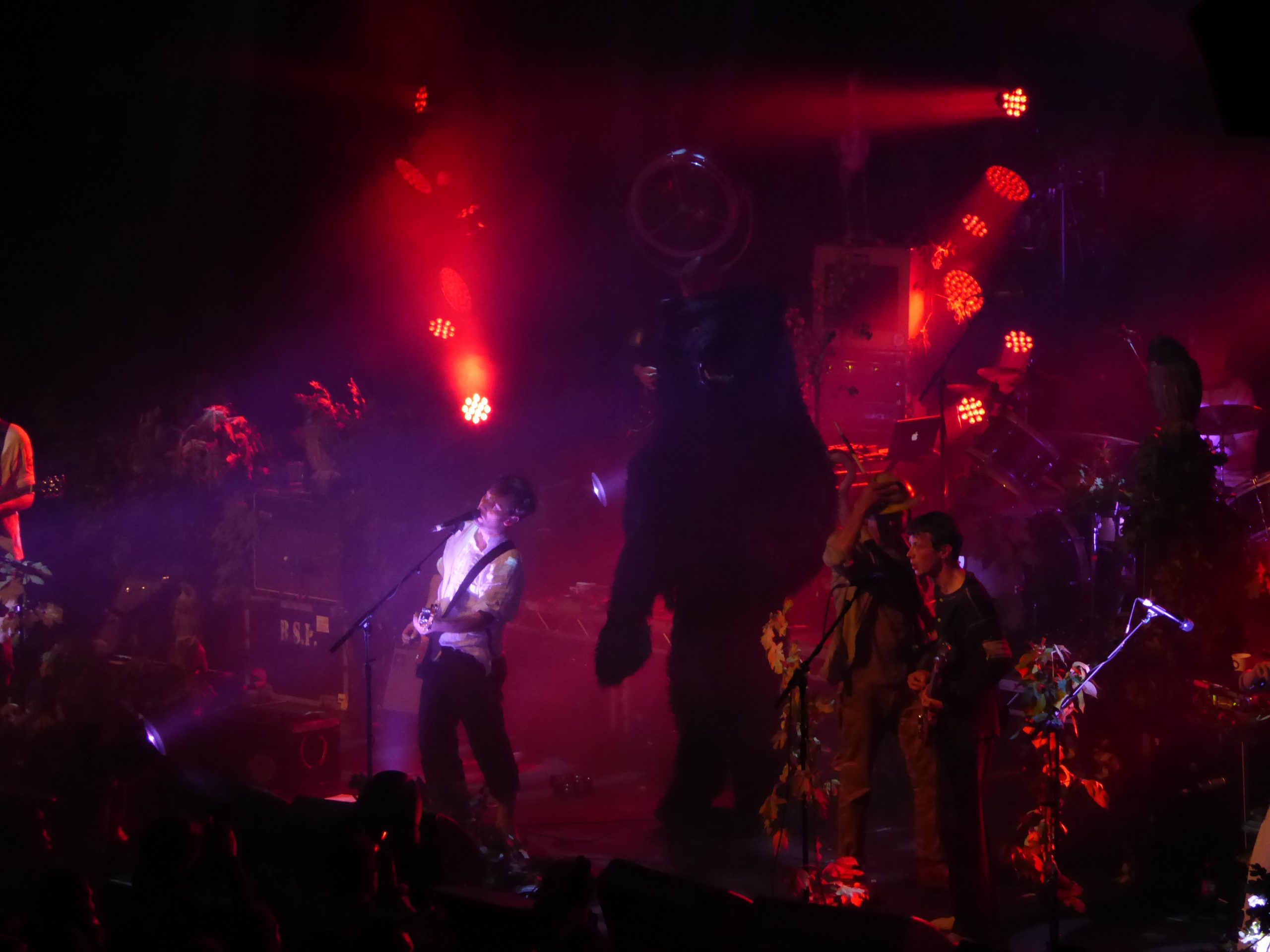 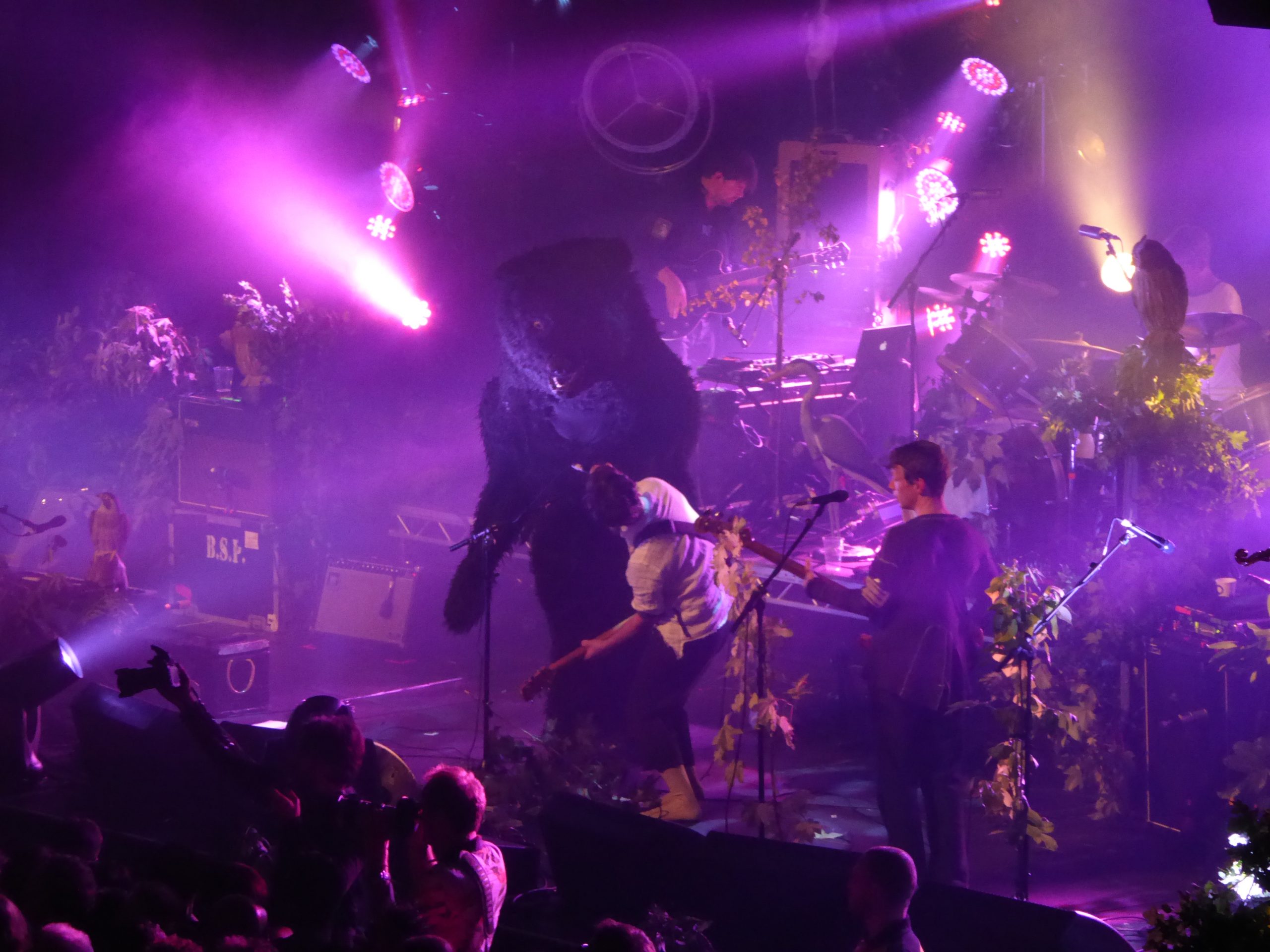 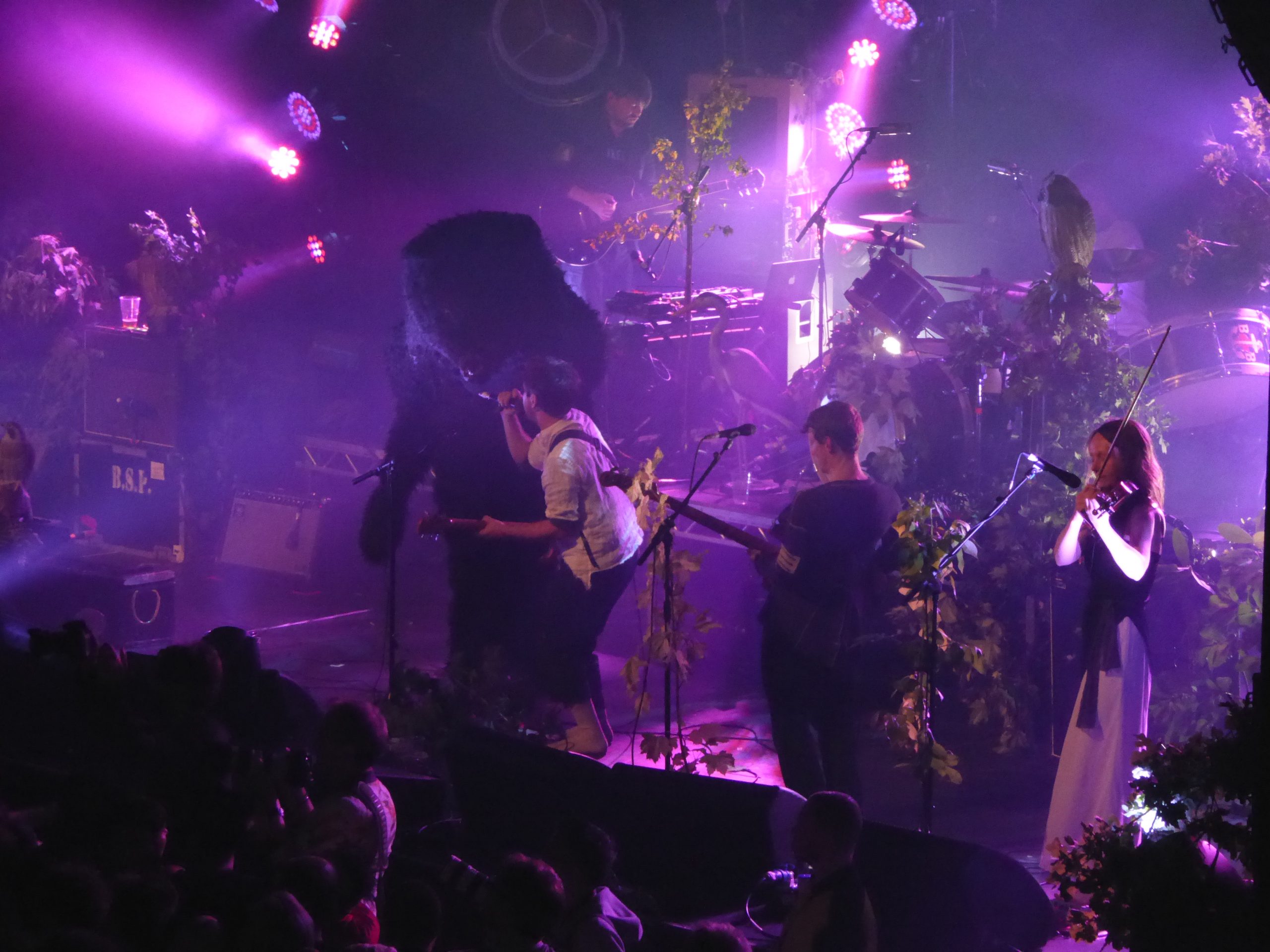 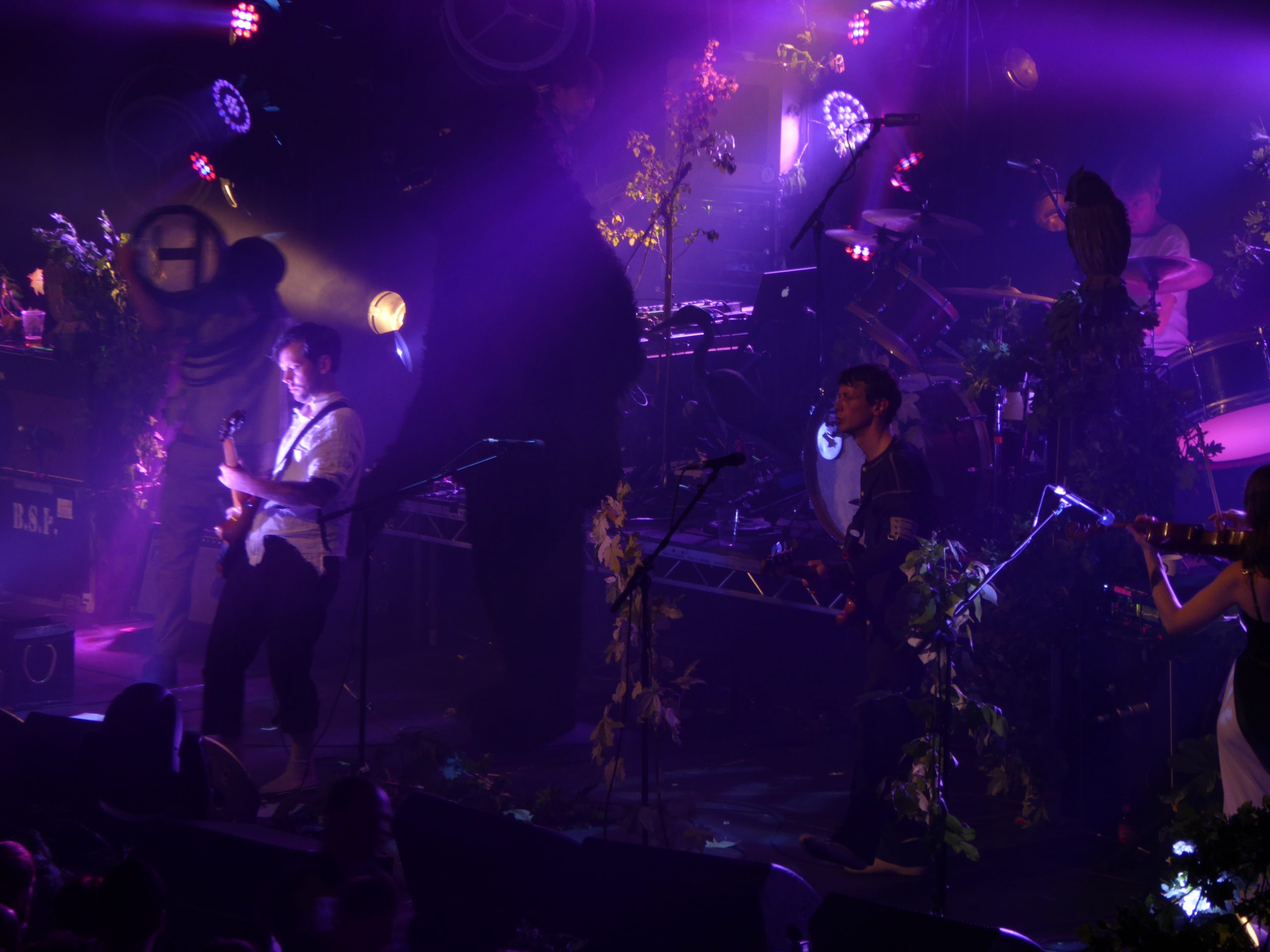 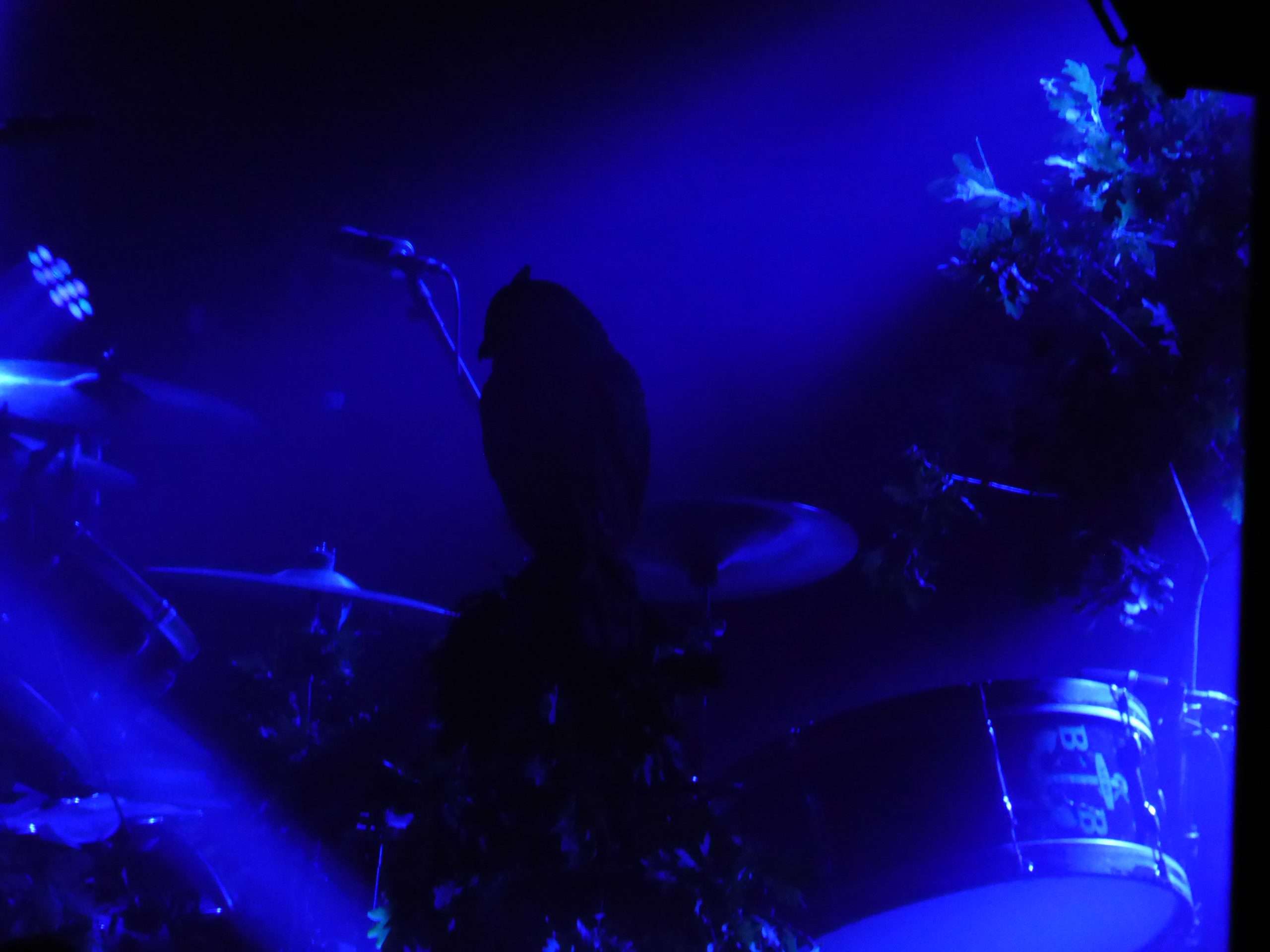 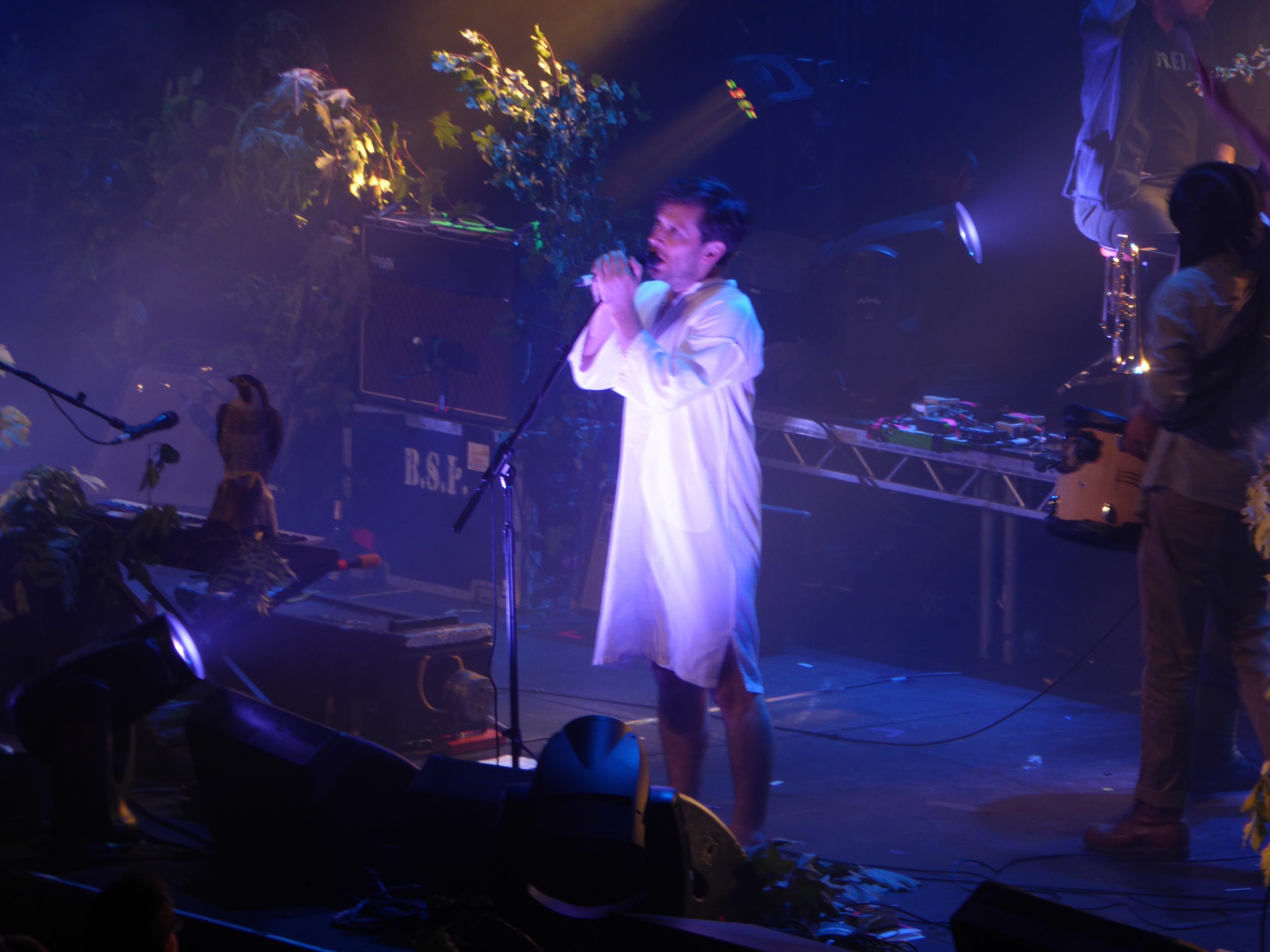 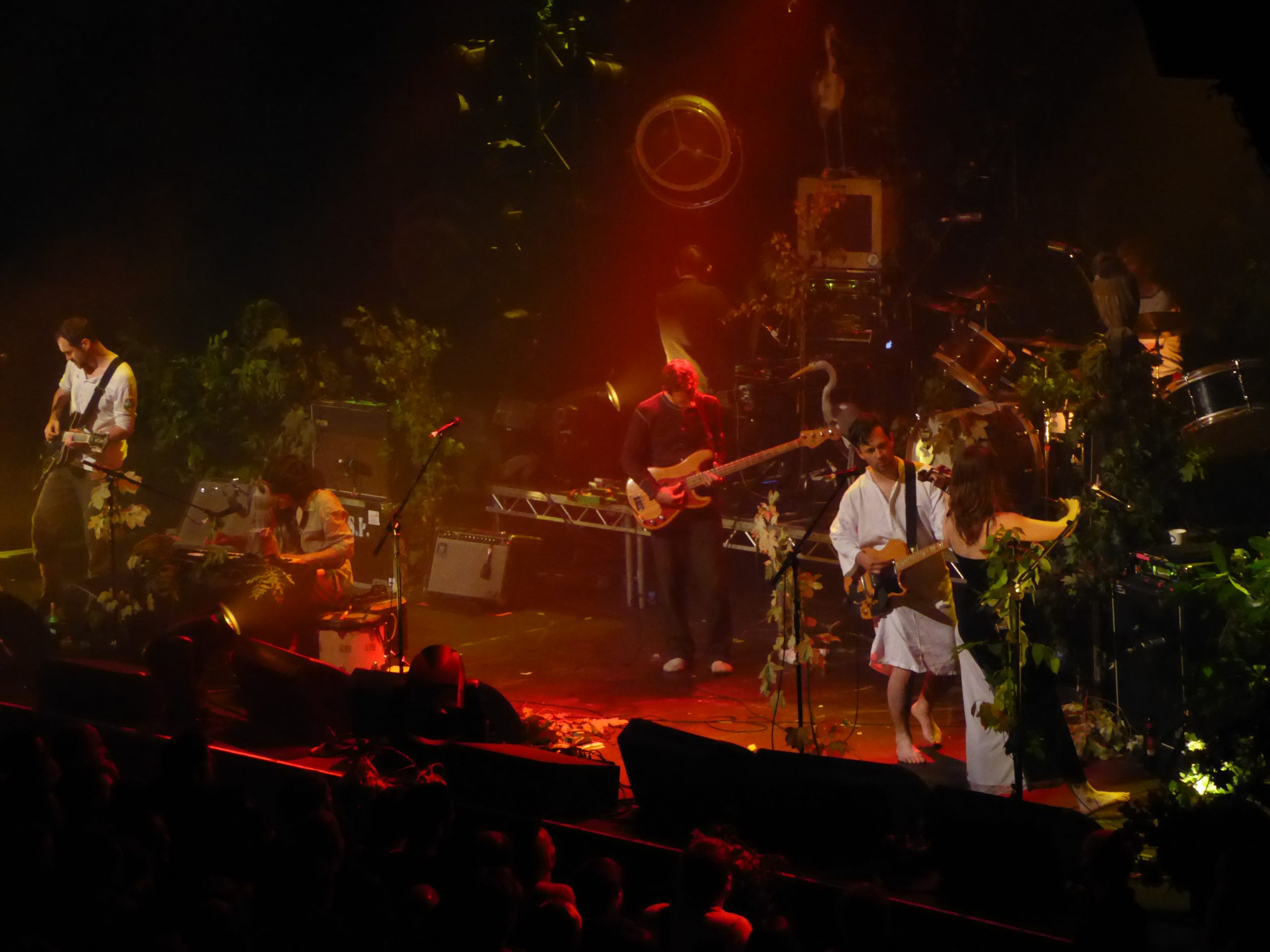 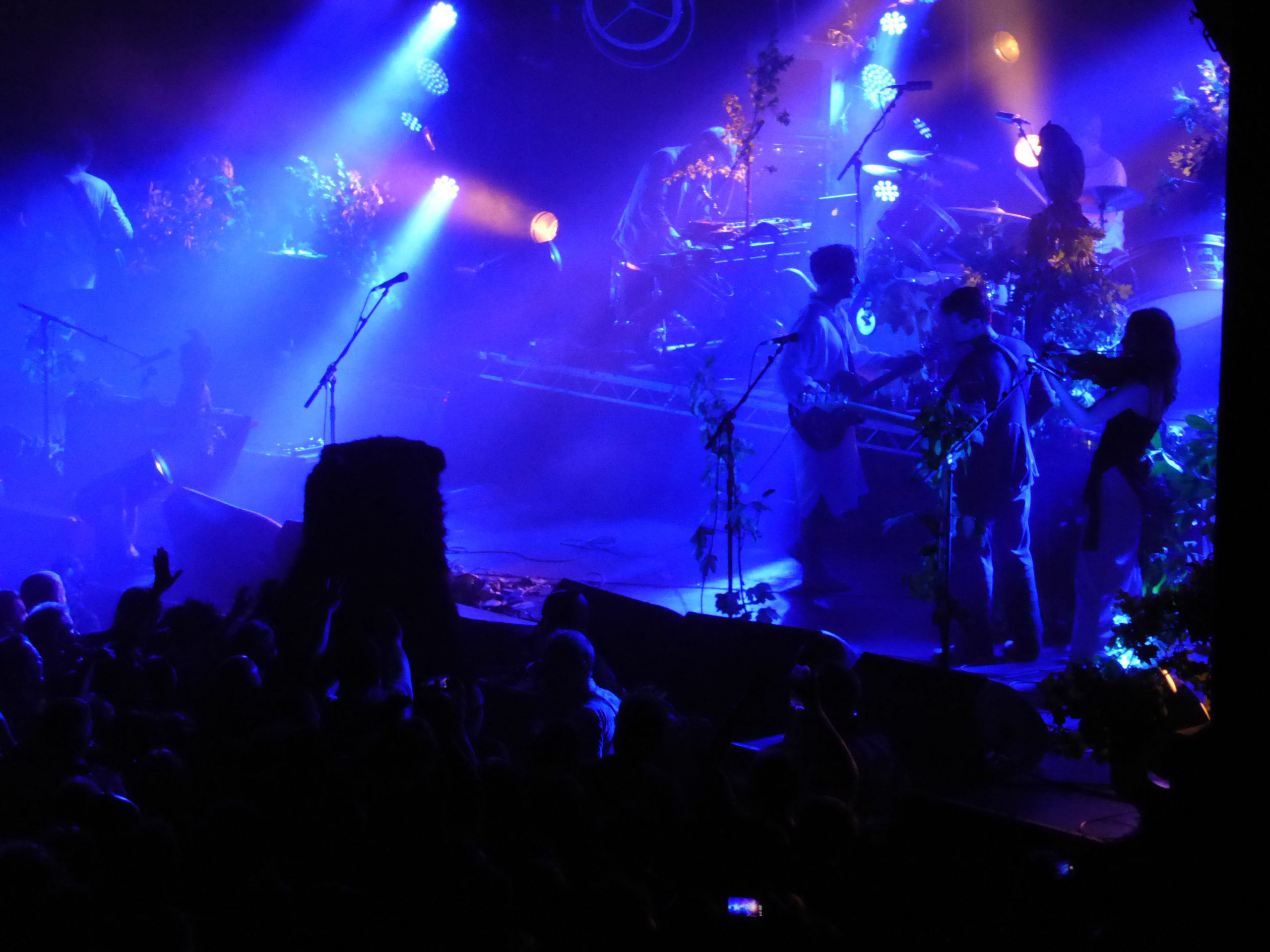 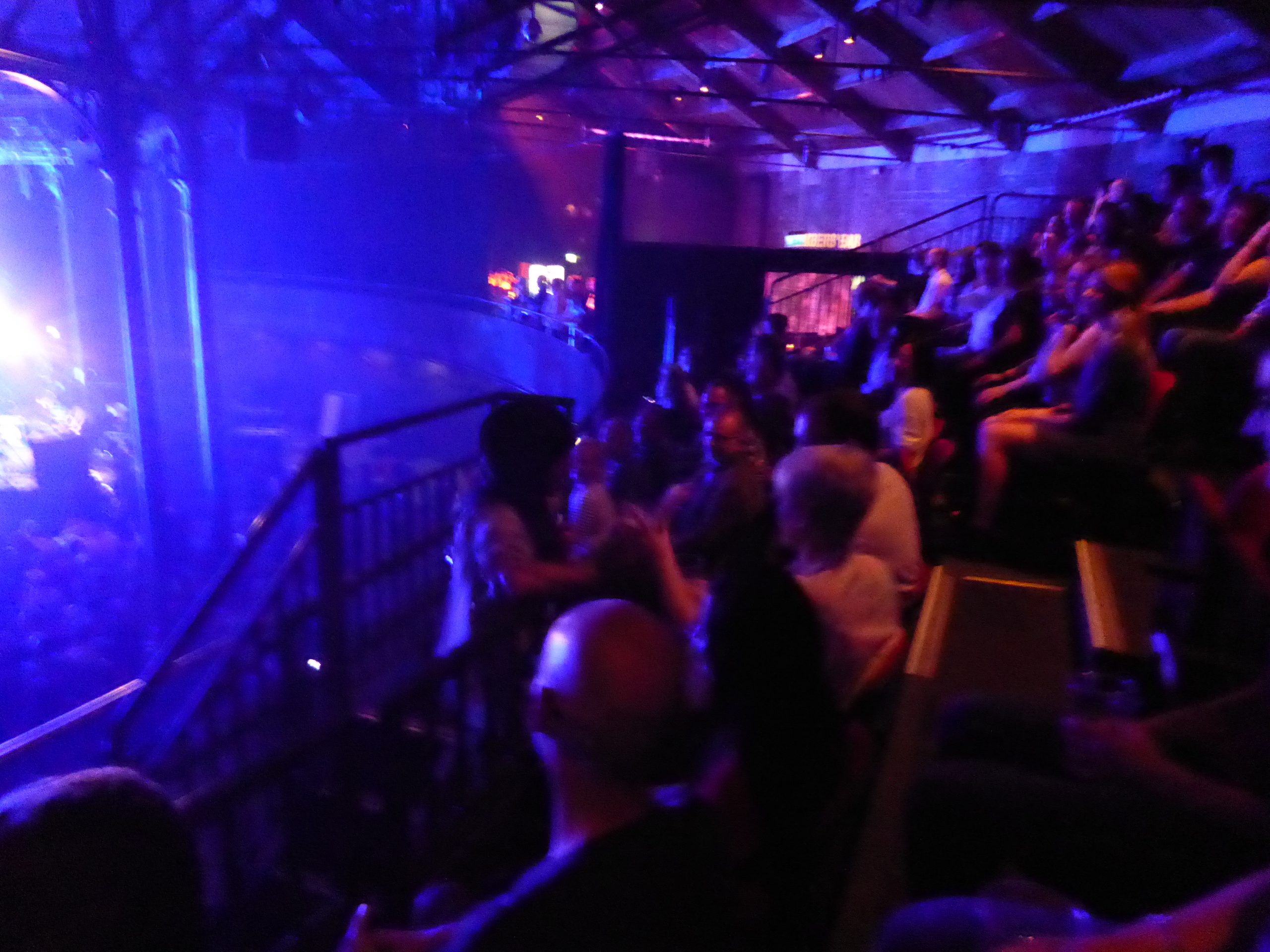 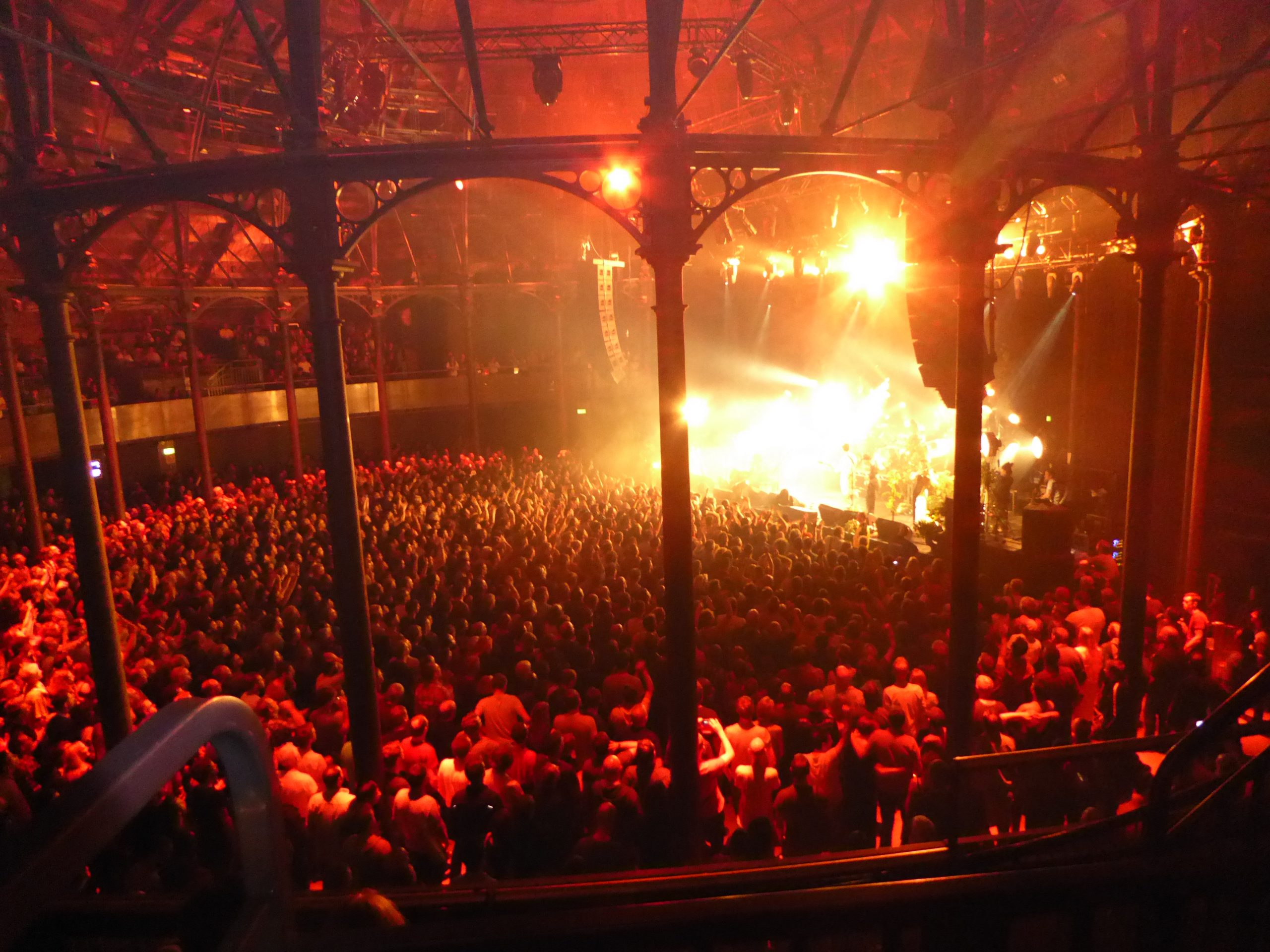 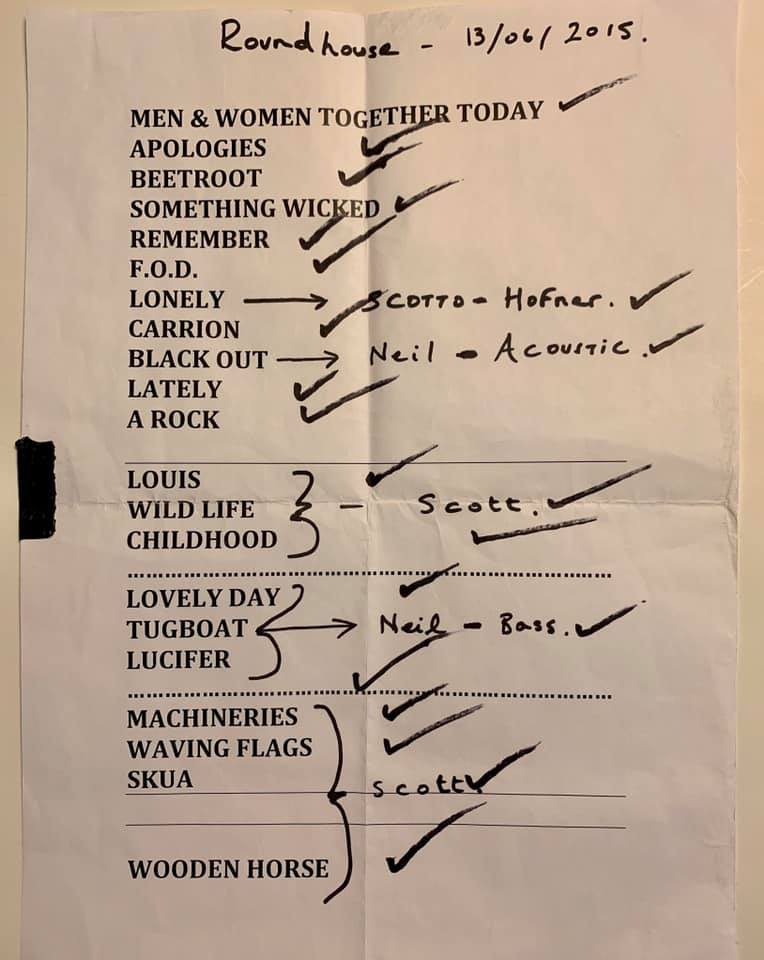