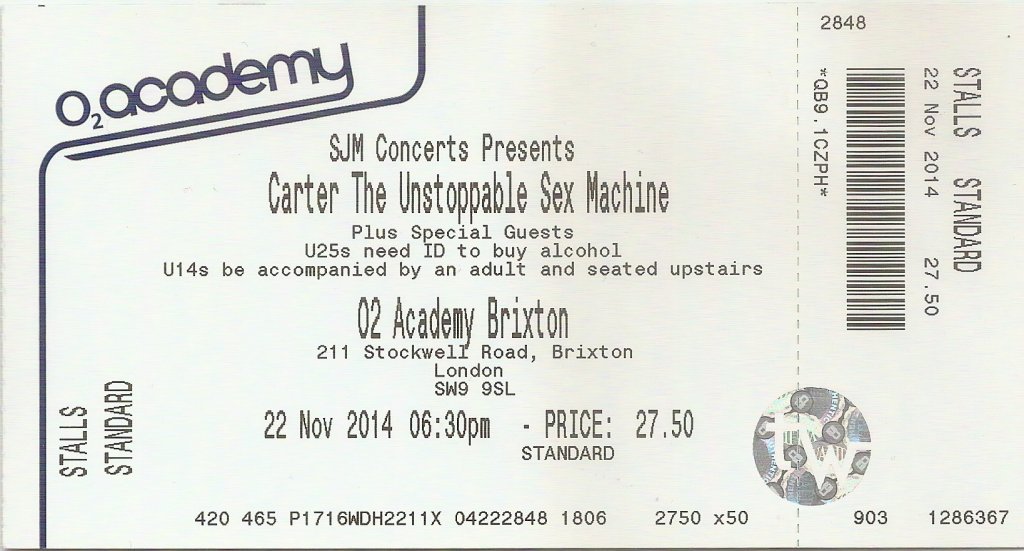 This was the end of an era for me. Their definite last gig, no messing this time. I think it was (a record) 25th time I’d seen Carter live with an equivalent number of times for the other two bands combined too.

Although I don’t play their music much any more they still bring back strong memories of me mooching around the record shops in White Lion Street in Islington in the early 90s as I bought up everything they had on CD, cassette, even vinyl in some cases (yeah, BEFORE it was cool).

And they’re always great live and I often forget how I still remember every word to every song due to the ridiculous number of times each song was played in this house.

Jim Bob is writing books now and Fruitbat is in other bands and (hate to add this point) but they’re both nearer 60 than 50 now so I guess a good thing can’t go on forever – I’ll always have the memories of the albums, gigs, and all the money I spent on their stuff! Some of those shows were good too – support slots from the Frank and Walters and Sultans of Ping became de rigeur but I saw great bands like Salad, My Life Story, The Family Cat, Resque etc with Carter for the first time. I can even remember Genius Freak! 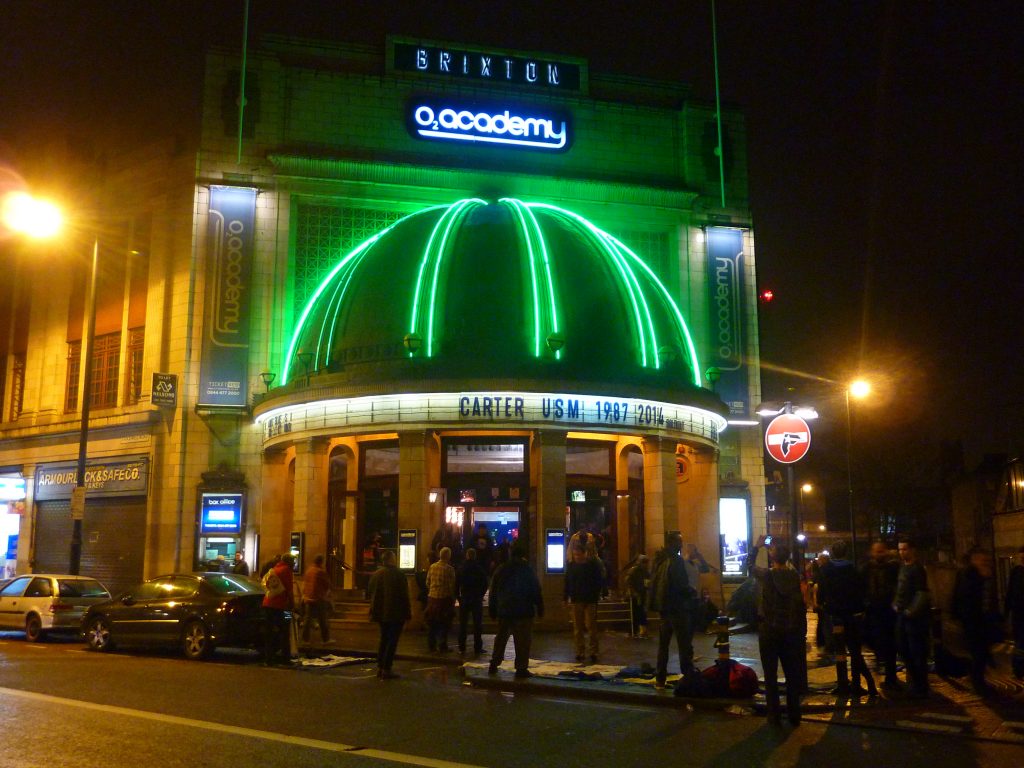 As much as I enjoyed myself I still felt like it was the right time to end it all. When you start getting lots of emails asking you to buy Carter USM socks and tea towels from the band’s manager-who-thinks-he’s-a-rockstar all the time too (which other band send out emails titled “An email from X’s manager”? It’s not about you buddy …) then they’ve probably taken it as far as it’s going to go.

The show itself was great. Carter bang on form as expected (but no Chris Barrie introducing, boo hoo), the Frank and Walters missing the opportunity AGAIN to do an early-hits-laden set that would have pleased the 5,000-strong crowd. Sultans mad and on form as ever though to redeem this. 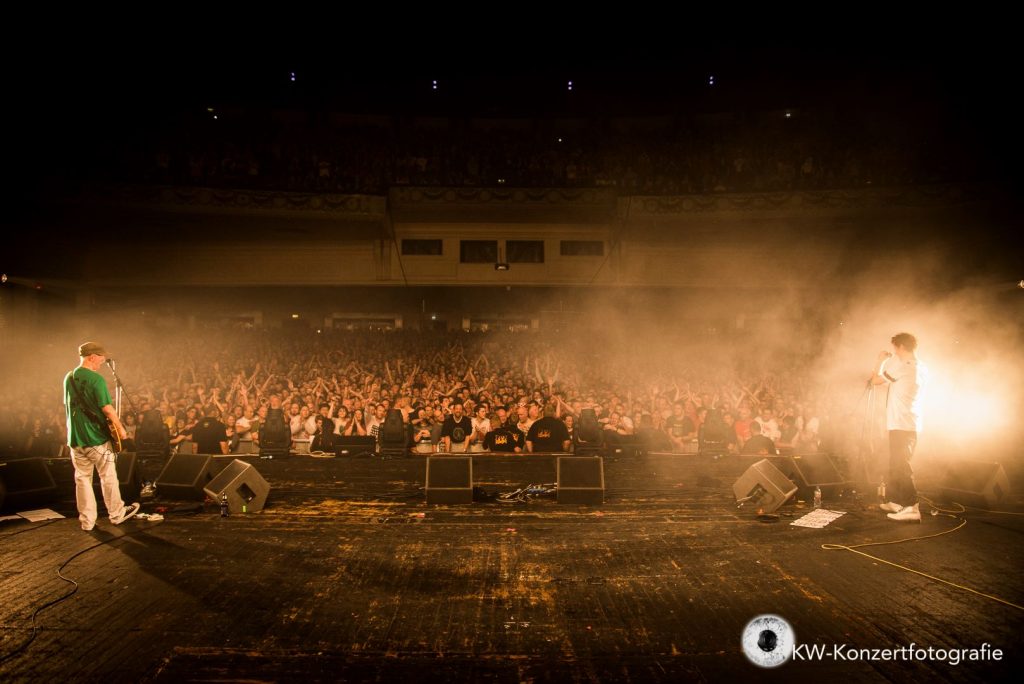 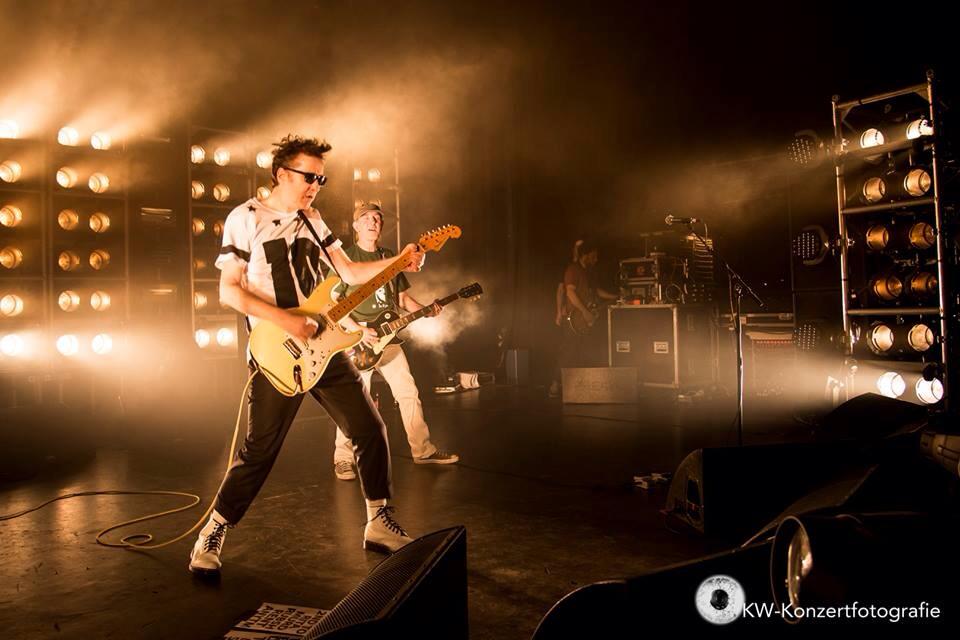 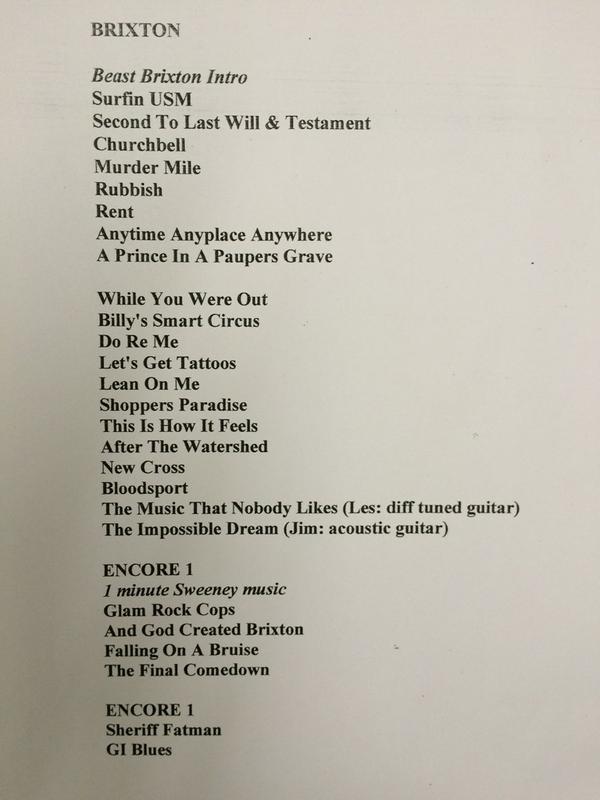 The Sultans of Ping’s setlist:

It’s Monday now. The ringing in my ears might be permanent. I feel a bit weird. There’s a guitar strap burn mark on my neck. If I close my eyes I swear I can see strobes. My calves hurt. I think that’s more as a result of going up and down the stairs between the dressing rooms and the stage than anything else. I’m expecting the final comedown that we advertised to hit me any minute now. I’ll be like Phil Daniels going back to work after the bank holiday bag of pills, the court appearance with Sting and the you know what with Lesley Ash in the alleyway. It’s lucky that I’m self-employed or I’d end up telling my boss to stuff the franking machine right up his arse.

There is so much to be proud of from the past 7 or 8 years (I can’t count). This year was the same but more. There were the usual bar takings records but also a ‘most applications to be in a live audience at Maida Vale’ record. The 480 crowd surfers at Brixton. The sold out aftershow party at Jamm. The trending on Twitter. So much love on Facebook. Being in a position to put Mrs Jim Bob in a reserved seat next to Cillian Murphy.

Ordinarily Carter gigs pass relatively unnoticed by the outside world. There isn’t the need for any advertising and we don’t tend to do any interviews. This time though there were people in the forest when the tree fell (I’m an author, I can say things like that now) The Maida Vale session and the two hours choosing songs with Tom Robinson, the bit in the Guardian and the Independent. The trending on Twitter. Enough stuff on Facebook to make the cats and the terrorists envious. Even a good luck message from Phillip Schofield. The BBC4 music documentary makers would have had to have been in a 28 Days Later style coma (as portrayed so brilliantly by the gorgeous Cillian Murphy) to have not noticed.

Regrets, I have a few. We never did get Chris Barrie to come onstage dressed as Rimmer to do a live introduction to Surfin’ USM. We’d agreed it with him two years in a row but something always prevented it from happening at the last minute and this year thirteen Jon Beasts seemed a more fitting introduction. And those white Doctor Marten’s look a bit like clown shoes in photos. That’s it. Not a few, but two regrets.

Me and Les have made a lot of friends as a result of being in this band. Many of them worked with us and were there this weekend, both backstage and front, Crazy Carter Crew past and present but always Crazy Carter Crew. Perhaps that’s true for the audience too. I honestly couldn’t imagine a better audience than the Carter audience. The same life membership status goes for me and Les. Even though it will say on Wikipedia that we’re ‘former members of Carter’, we will still always be Jim Bob and Fruitbat from Carter. We’ll just be doing other things.

I know it probably seems a bit daft to stop something that is so wonderful and so thrilling and fun and rewarding but it’s also great to be able to stop while it still is all of those things. In spite of all the tears – seeing skinhead men crying is incredibly infectious – the weekend was I think truly joyous. Perhaps happy endings aren’t just for fairy tales and massage parlours. 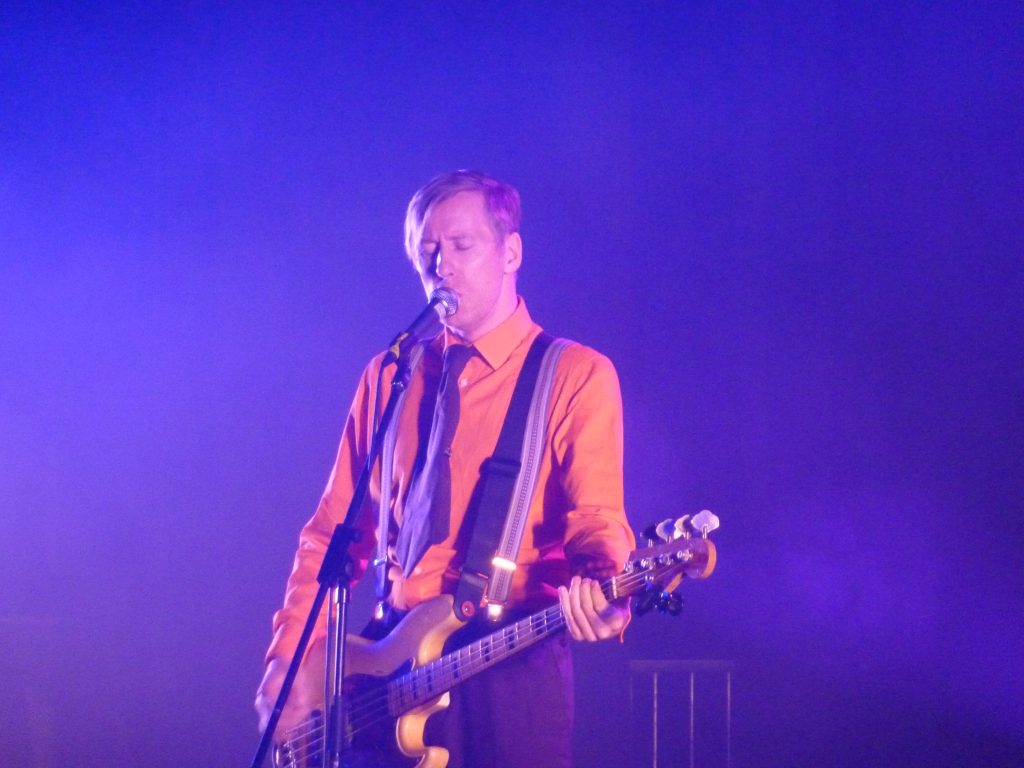 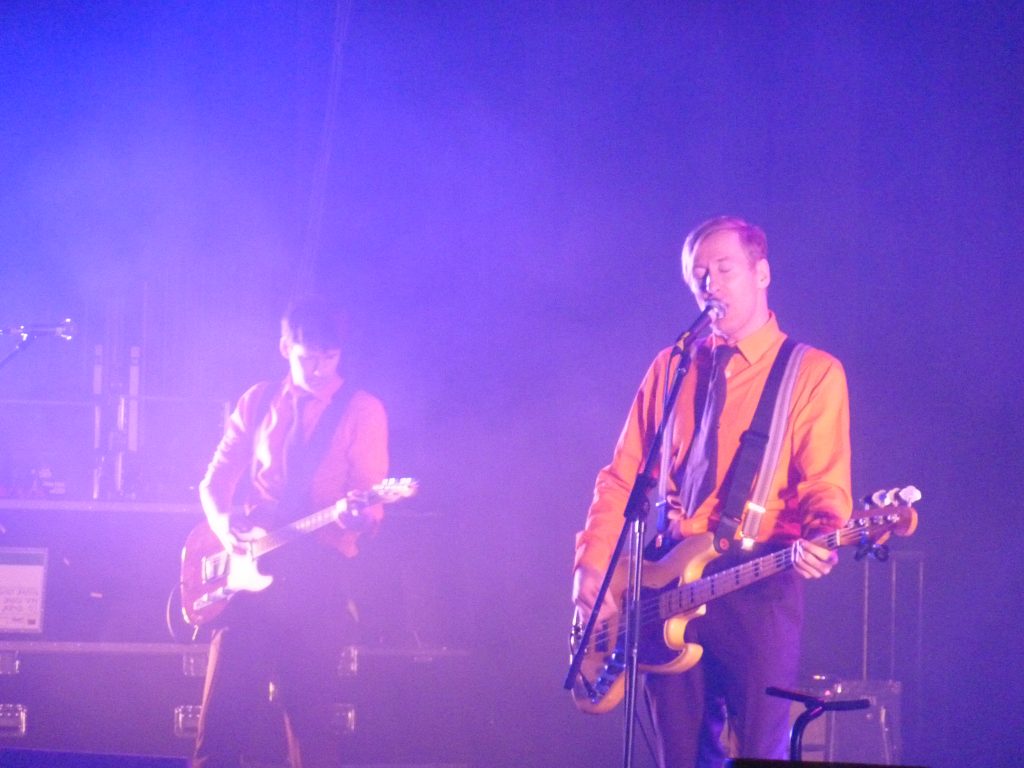 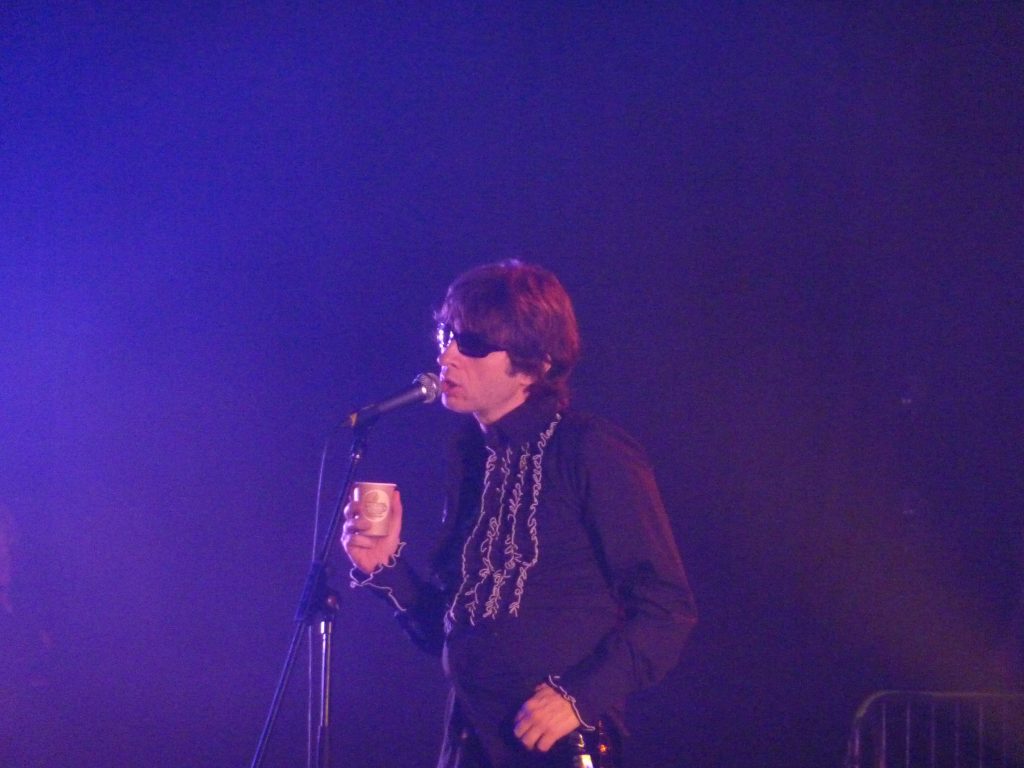 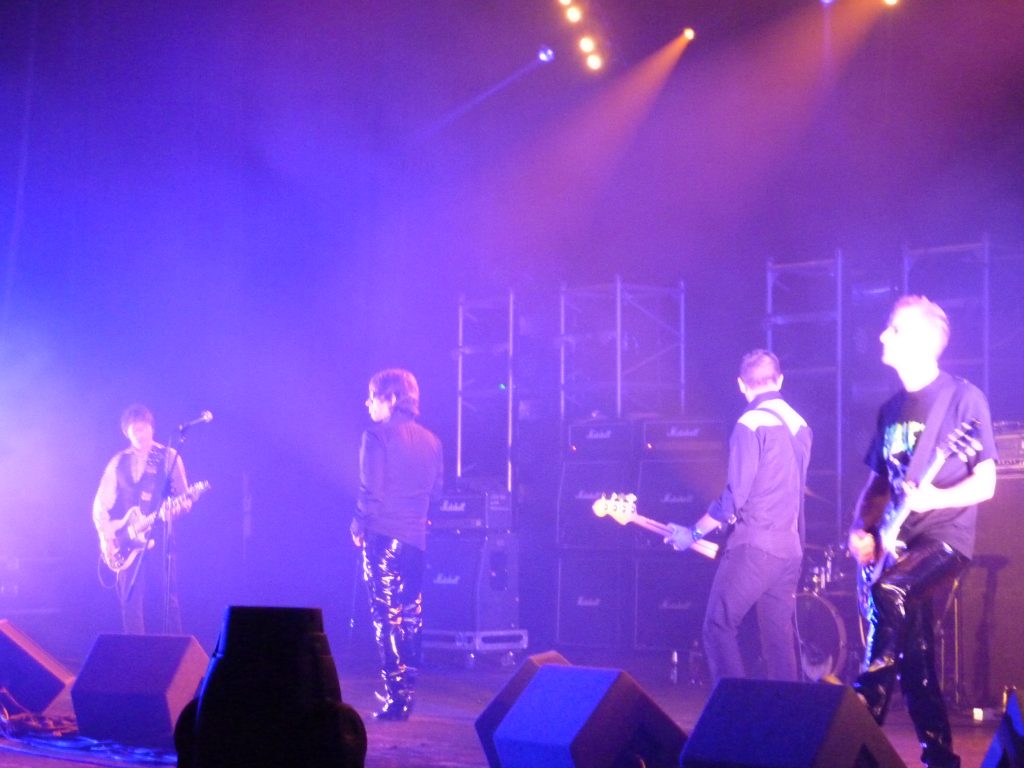 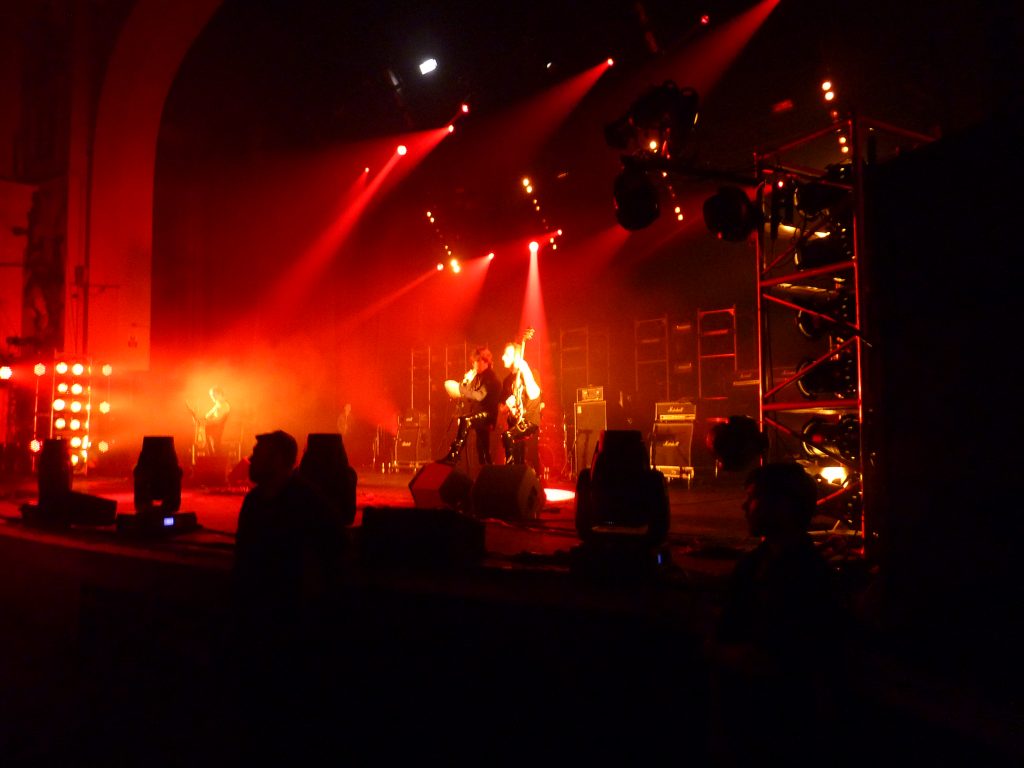 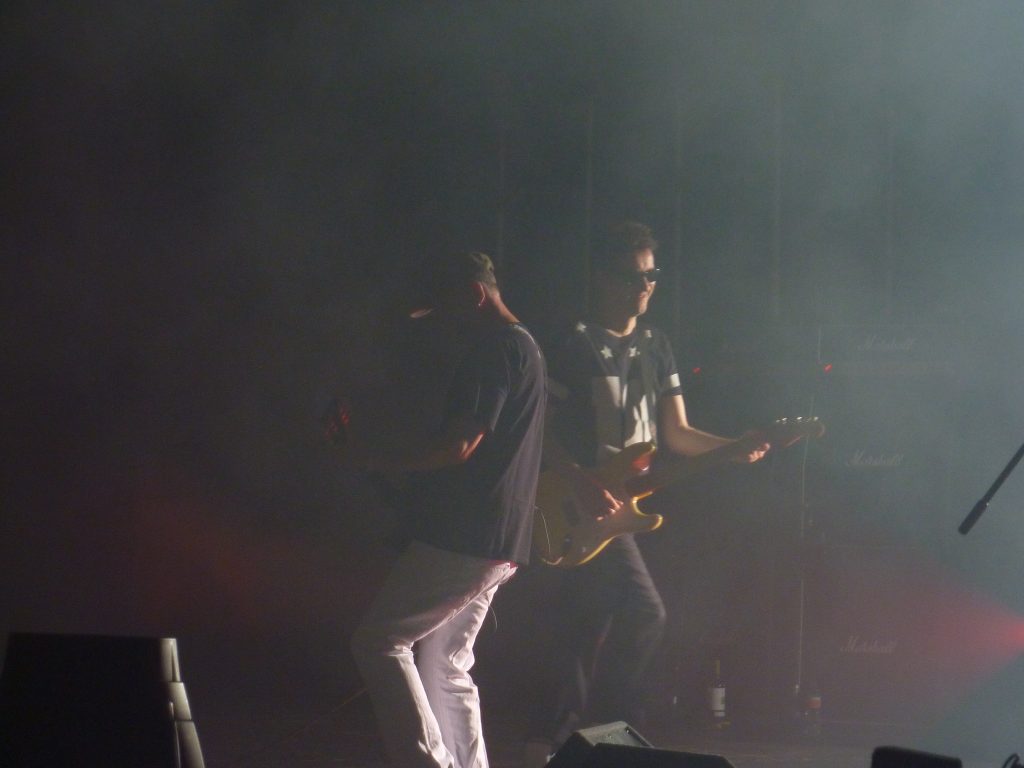 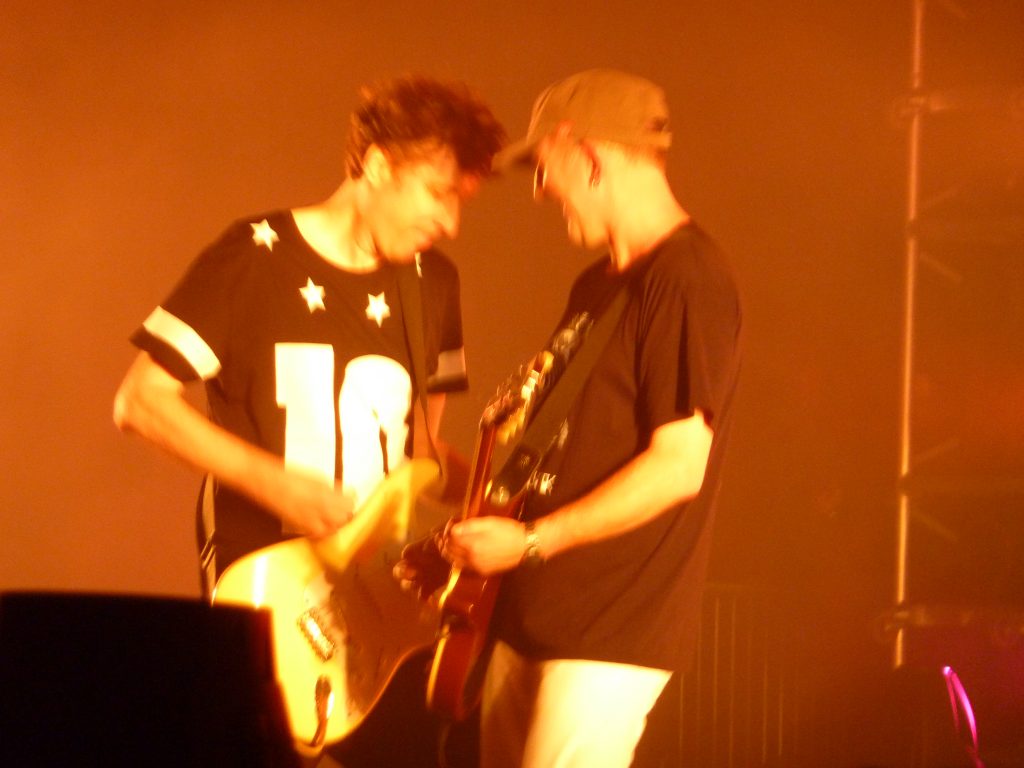 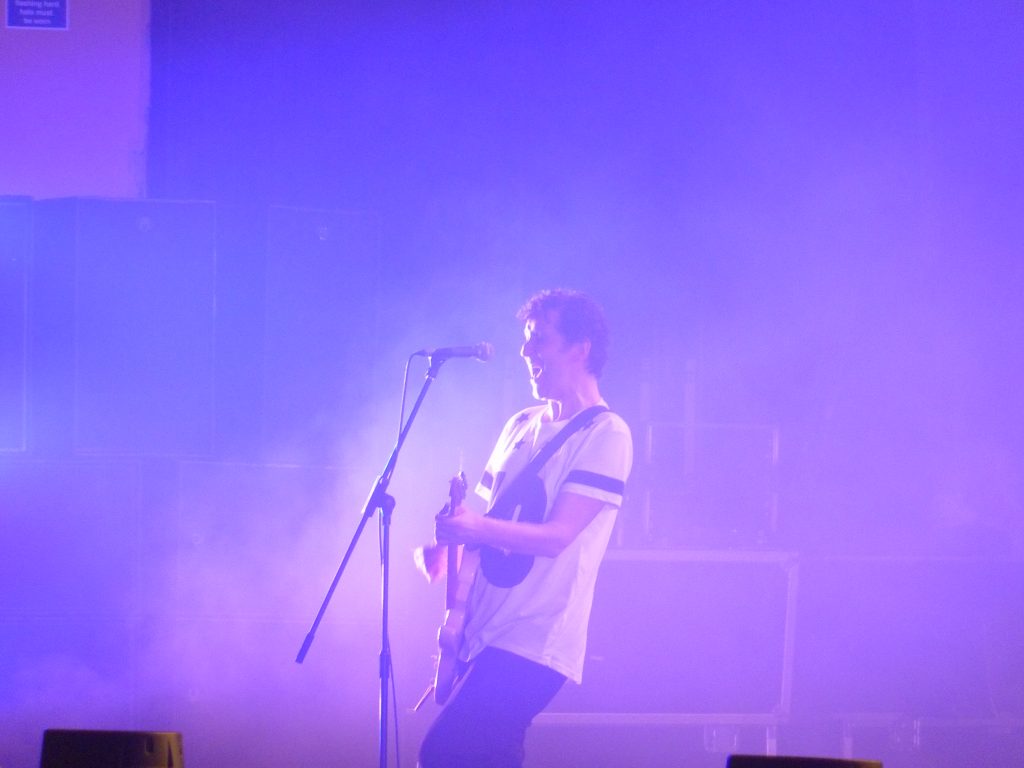 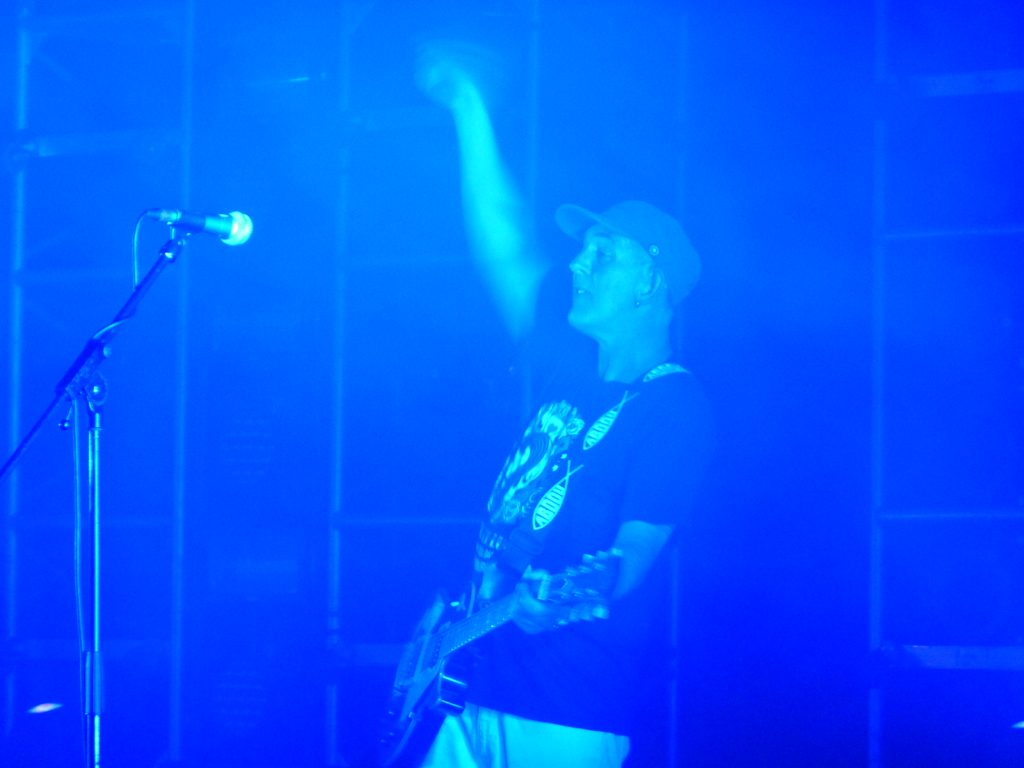 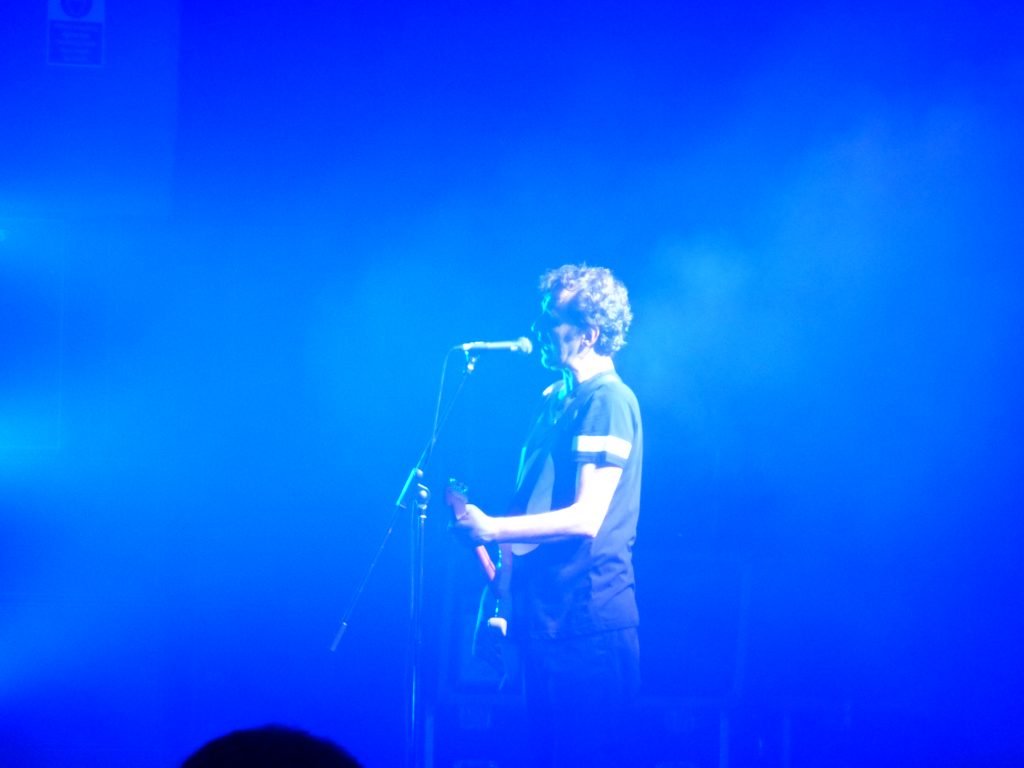 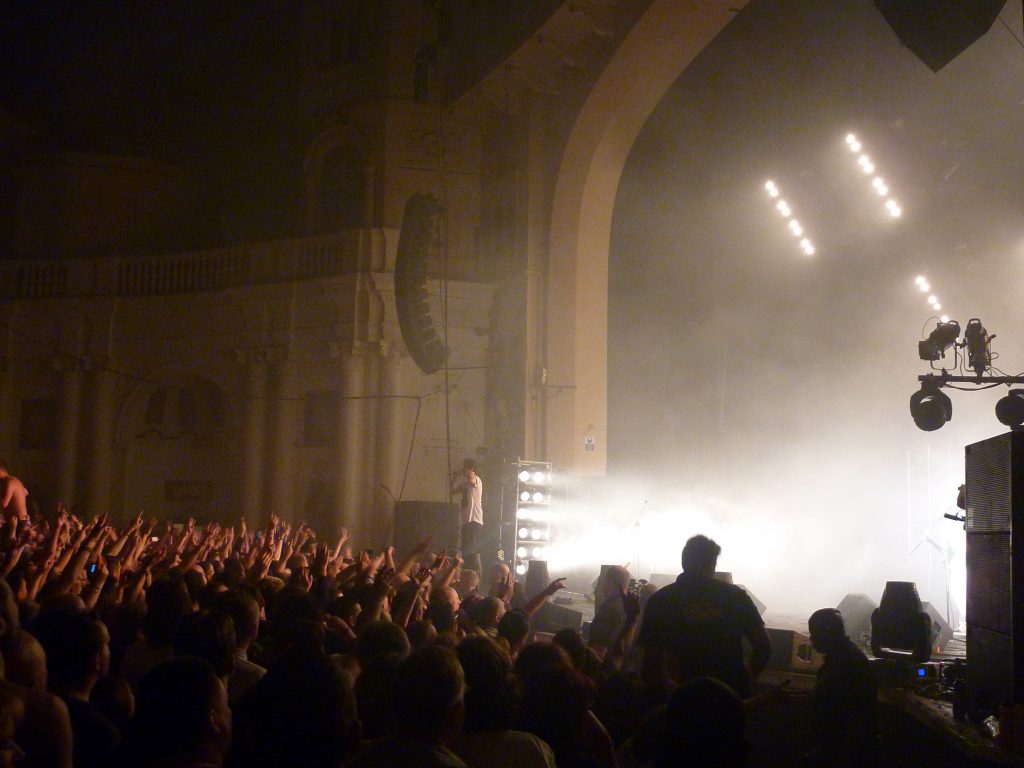