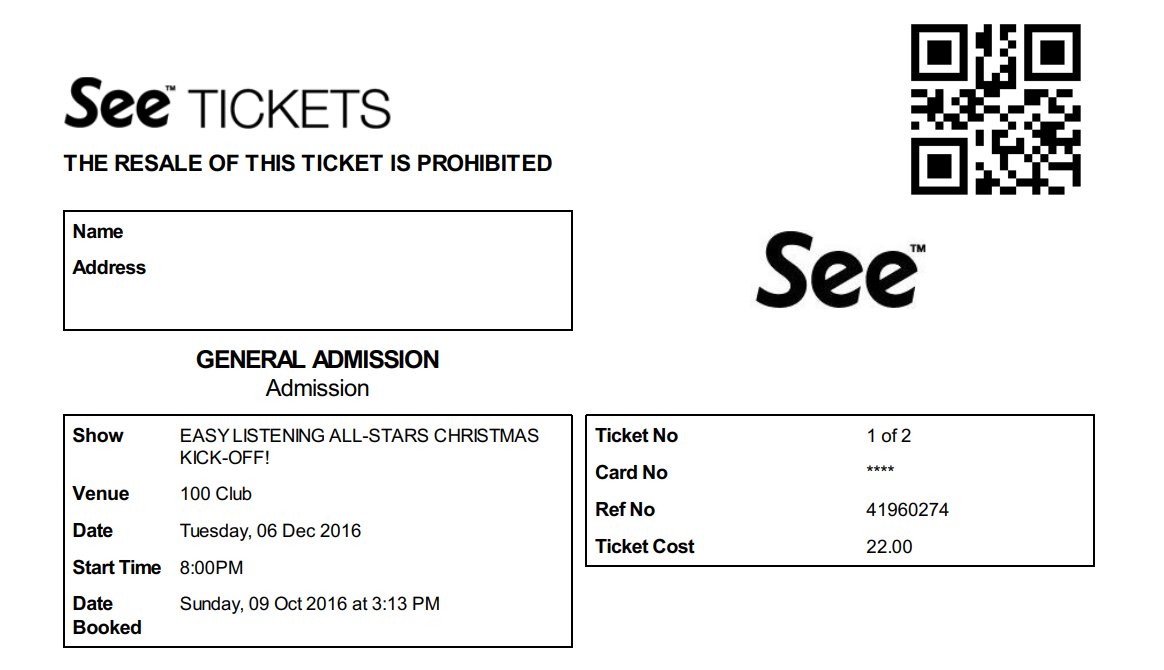 My terrible e-ticket tells me that this was the Easy Listening All-Stars Christmas Kick-Off!

This was the one and only time I ever saw Mike Flowers live, although weirdly I have seen Lorraine Bowen before – 24 years ago at the Hackney Empire supporting Billy Bragg. In the meantime she made it through to the semi-finals of Britain’s Got Talent in 2015.

A good crowd for this Christmas special – something he’s done from time to time since his 1990s heyday. Comedian Lenny Beige compered the show – he wrote for Chris Evans’ BSB show Power Up in 1990, which might explain how Mike Flowers ended up getting so much airtime on his Radio 1 breakfast show five years later.

It was a good set of covers and songs he’s released, which are also mostly covers. No version of Coldplay’s Talk sadly, which he released on his Myspace in 2005.

I’ve put up a photo of the setlist – I haven’t put it up on setlist.fm as some of it looks like it’s in code! (Bowie?) 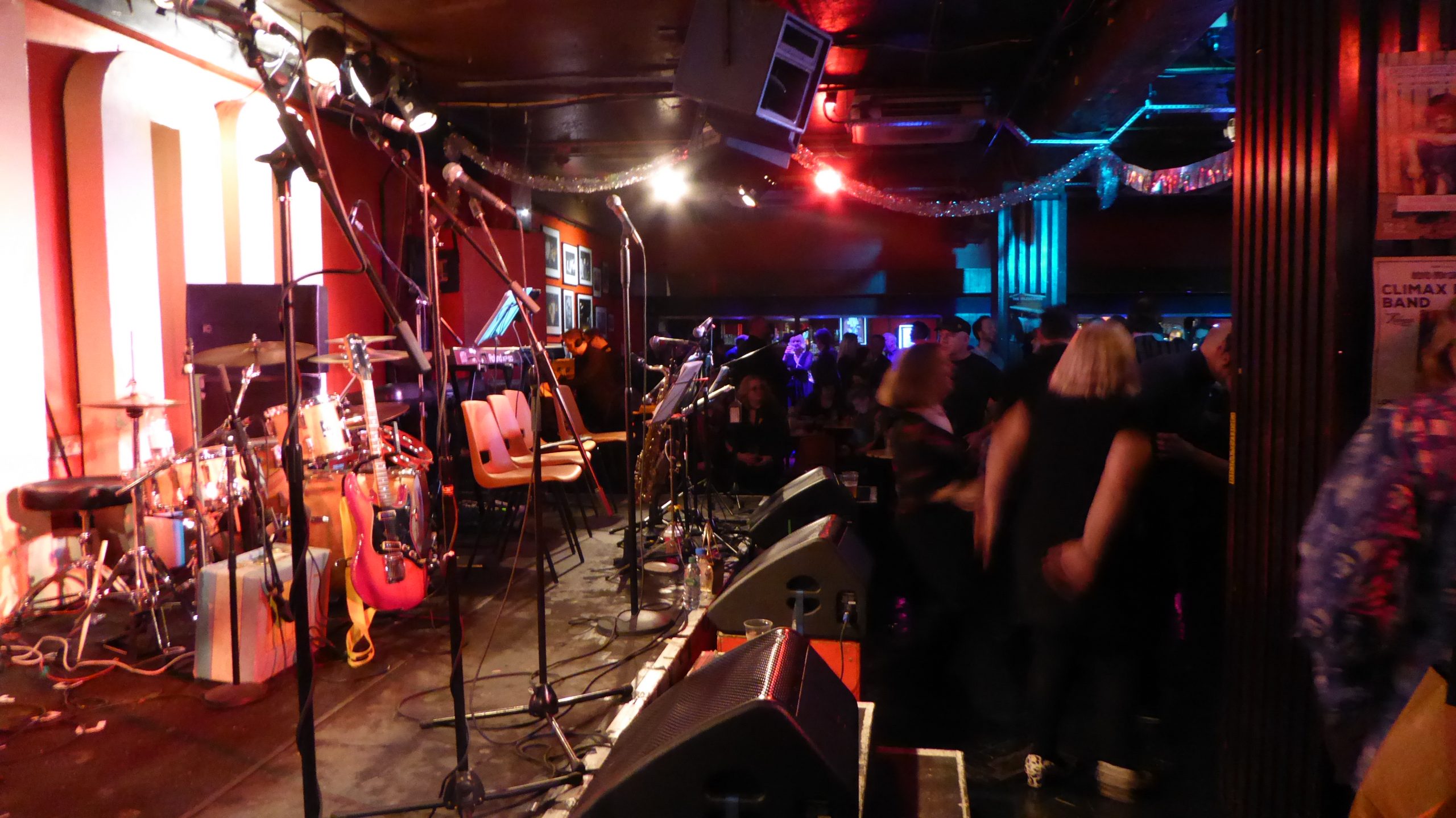 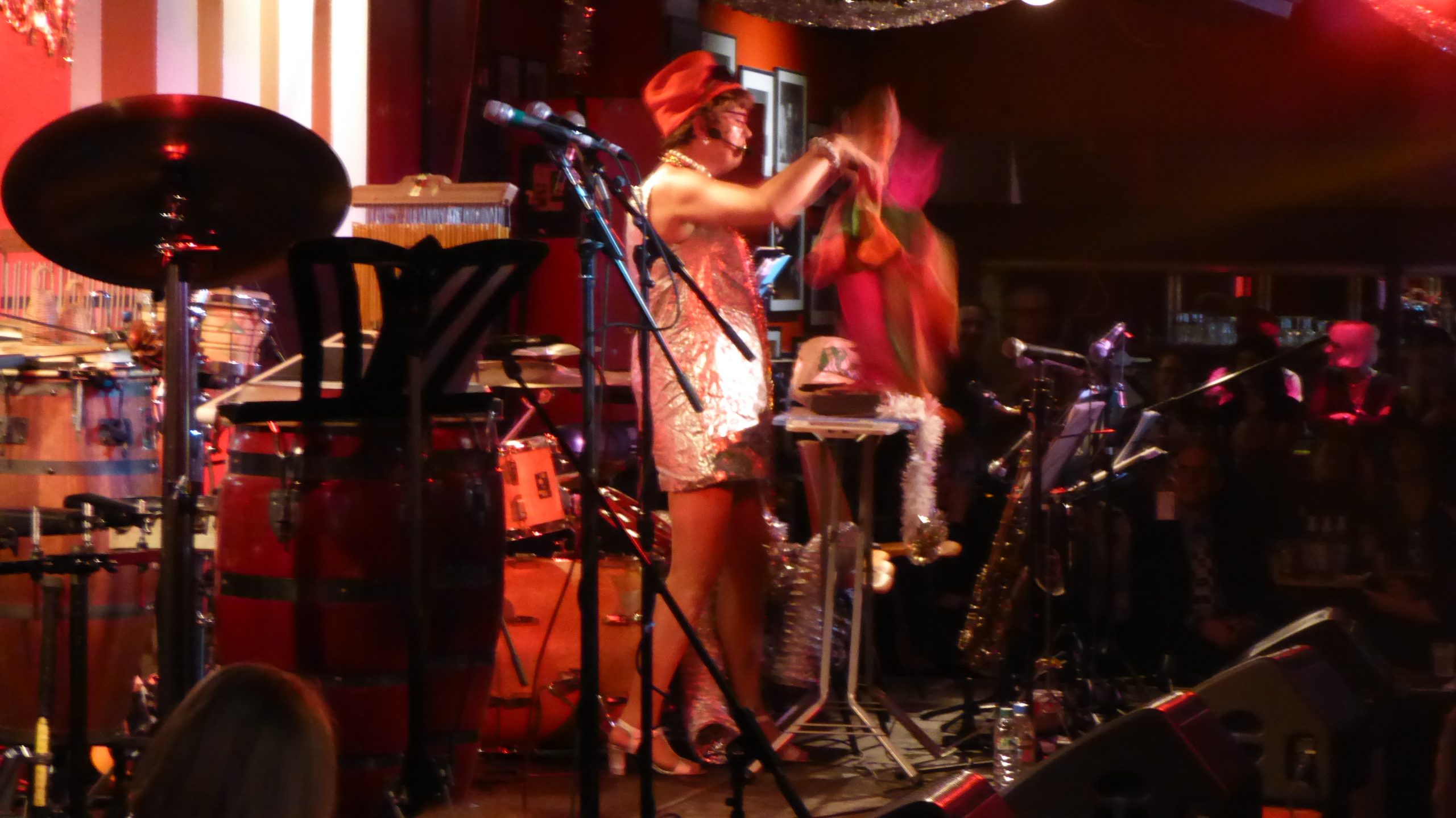 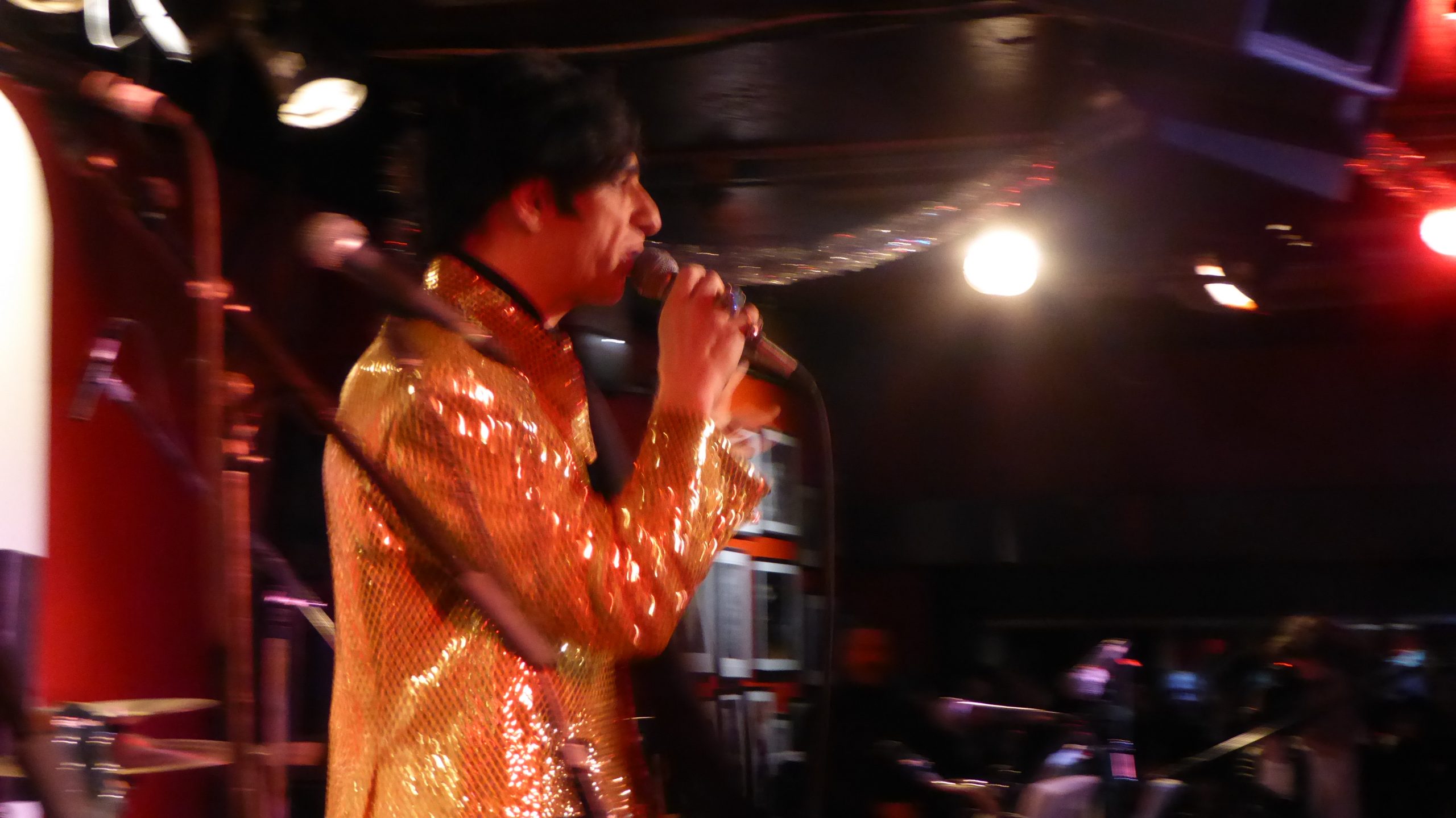 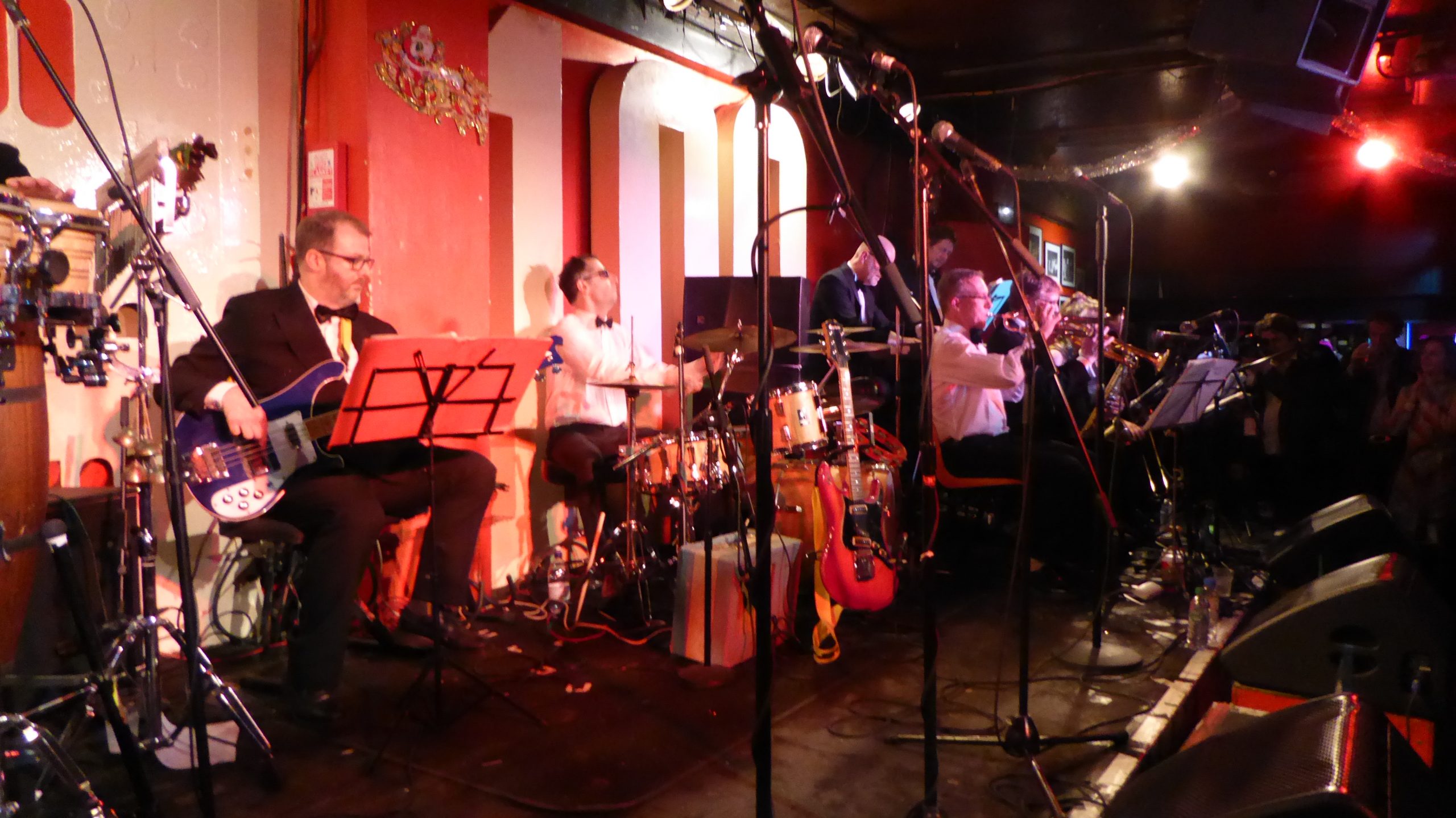 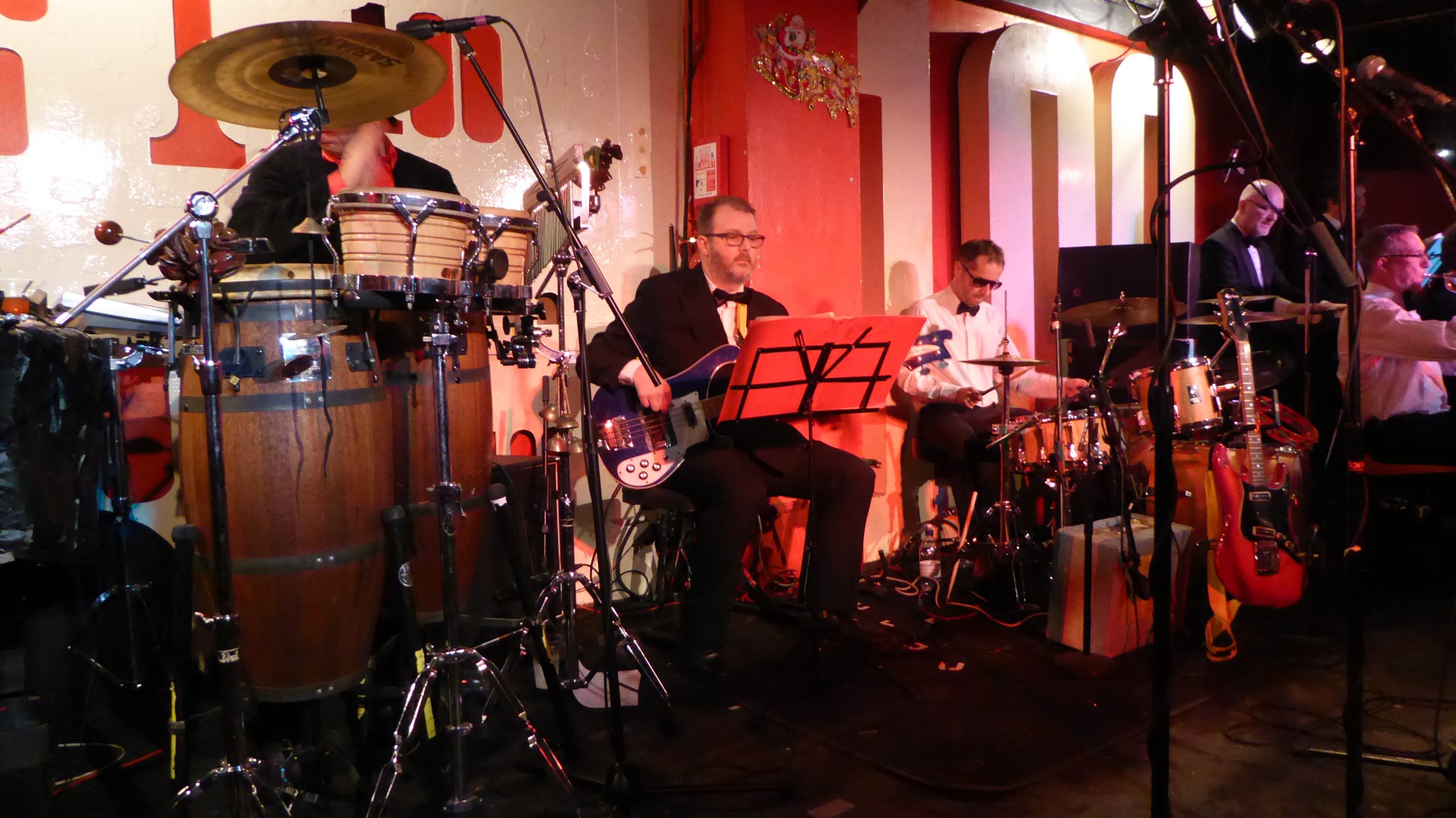 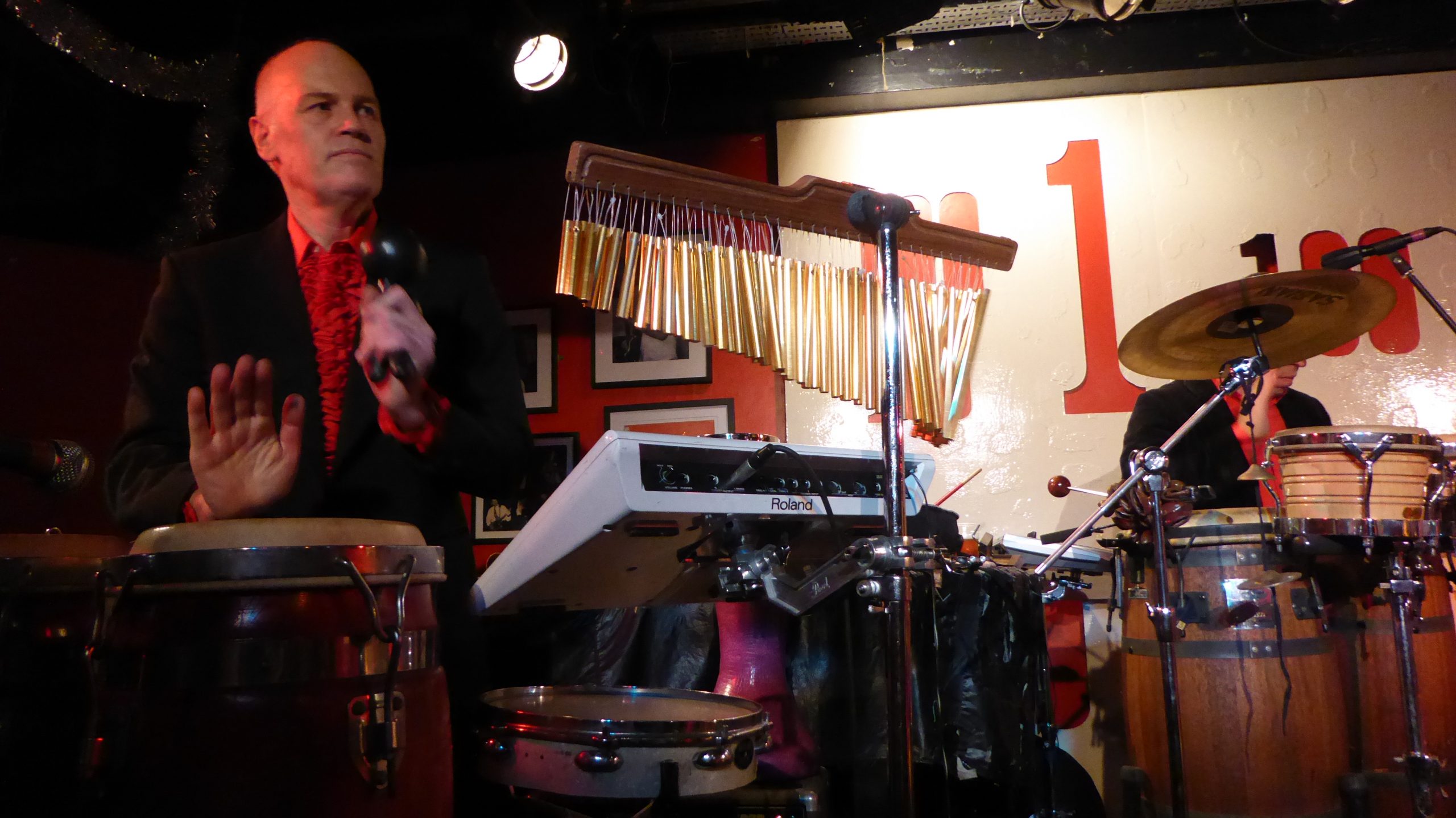 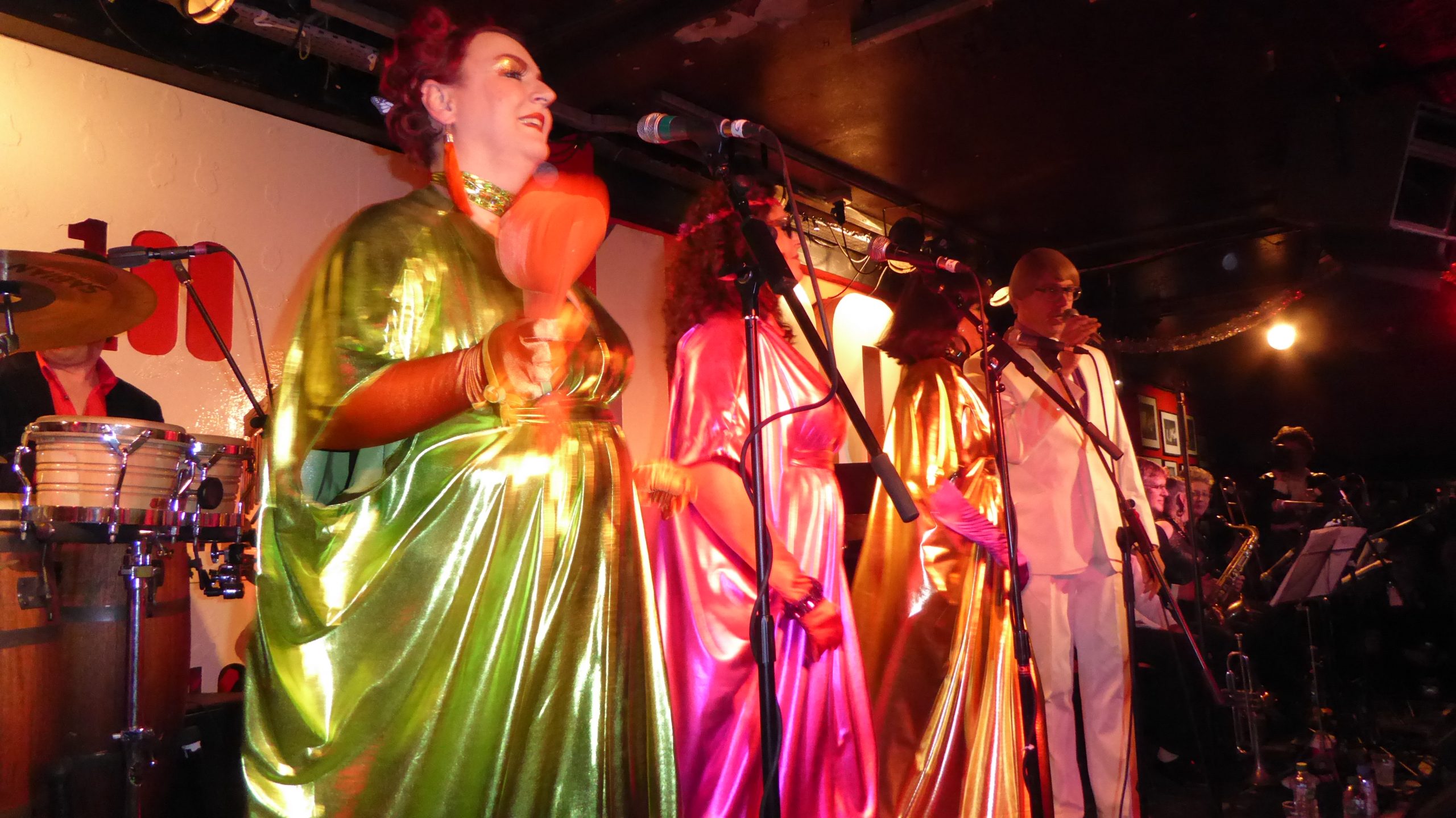 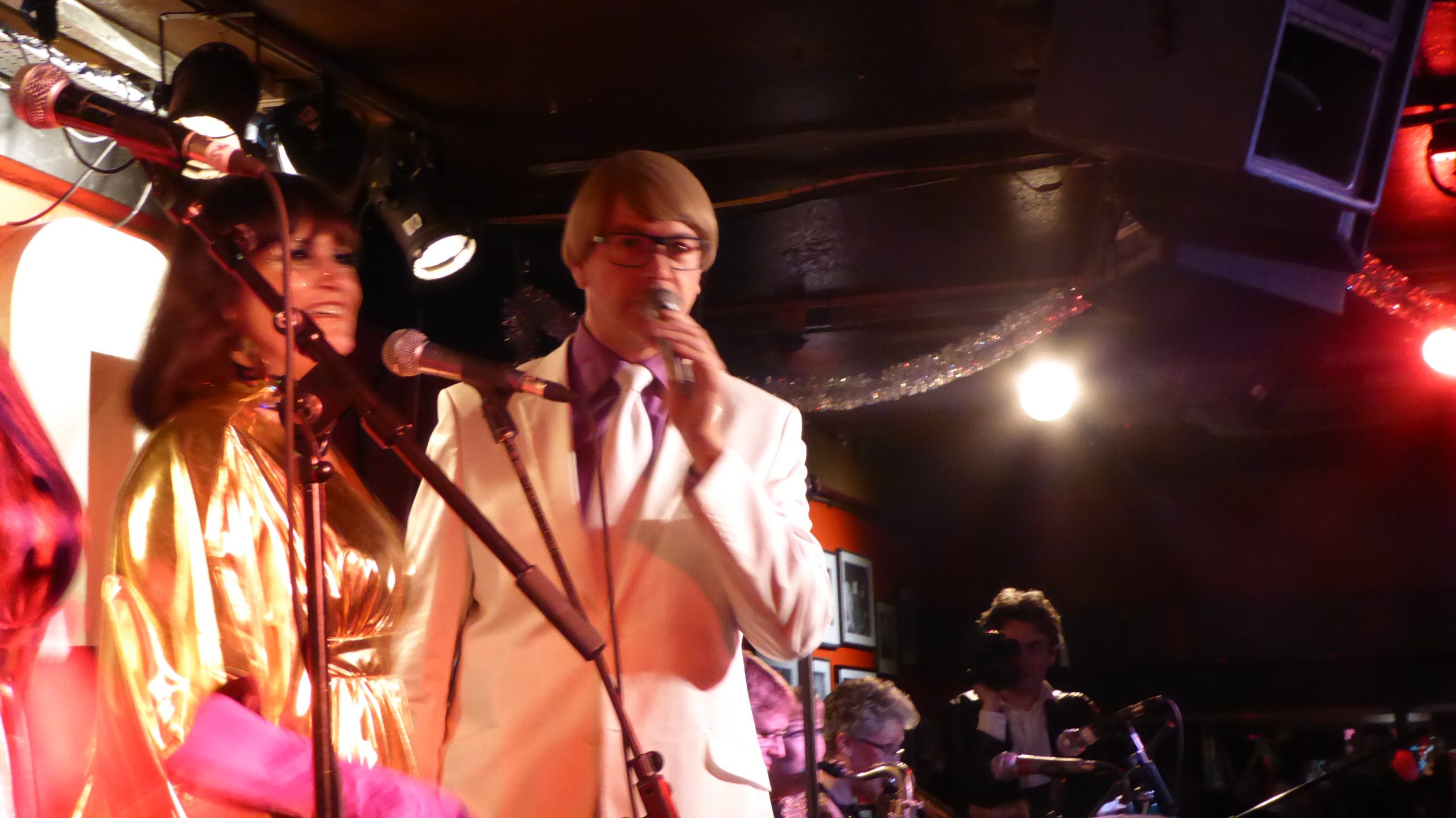 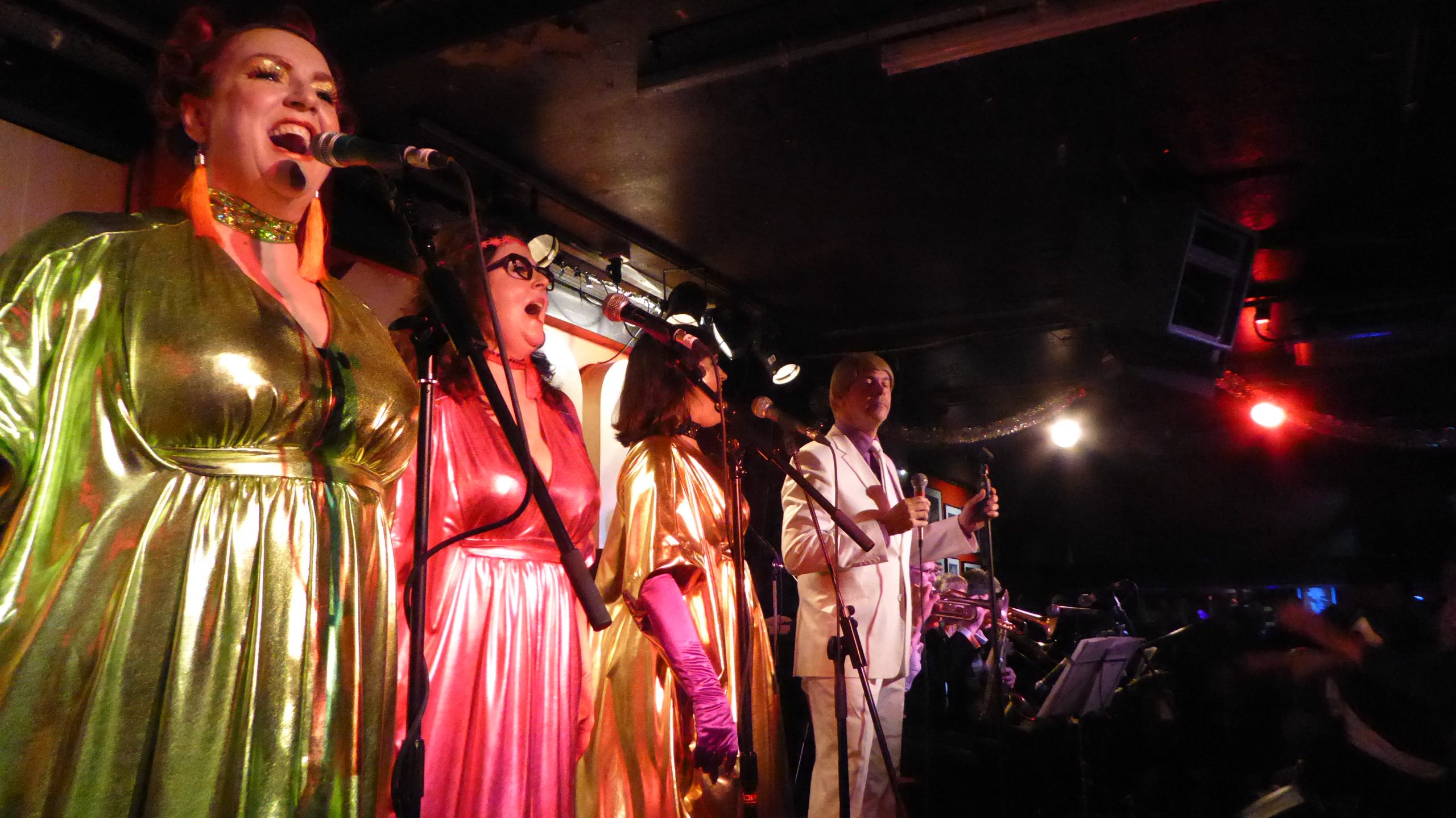 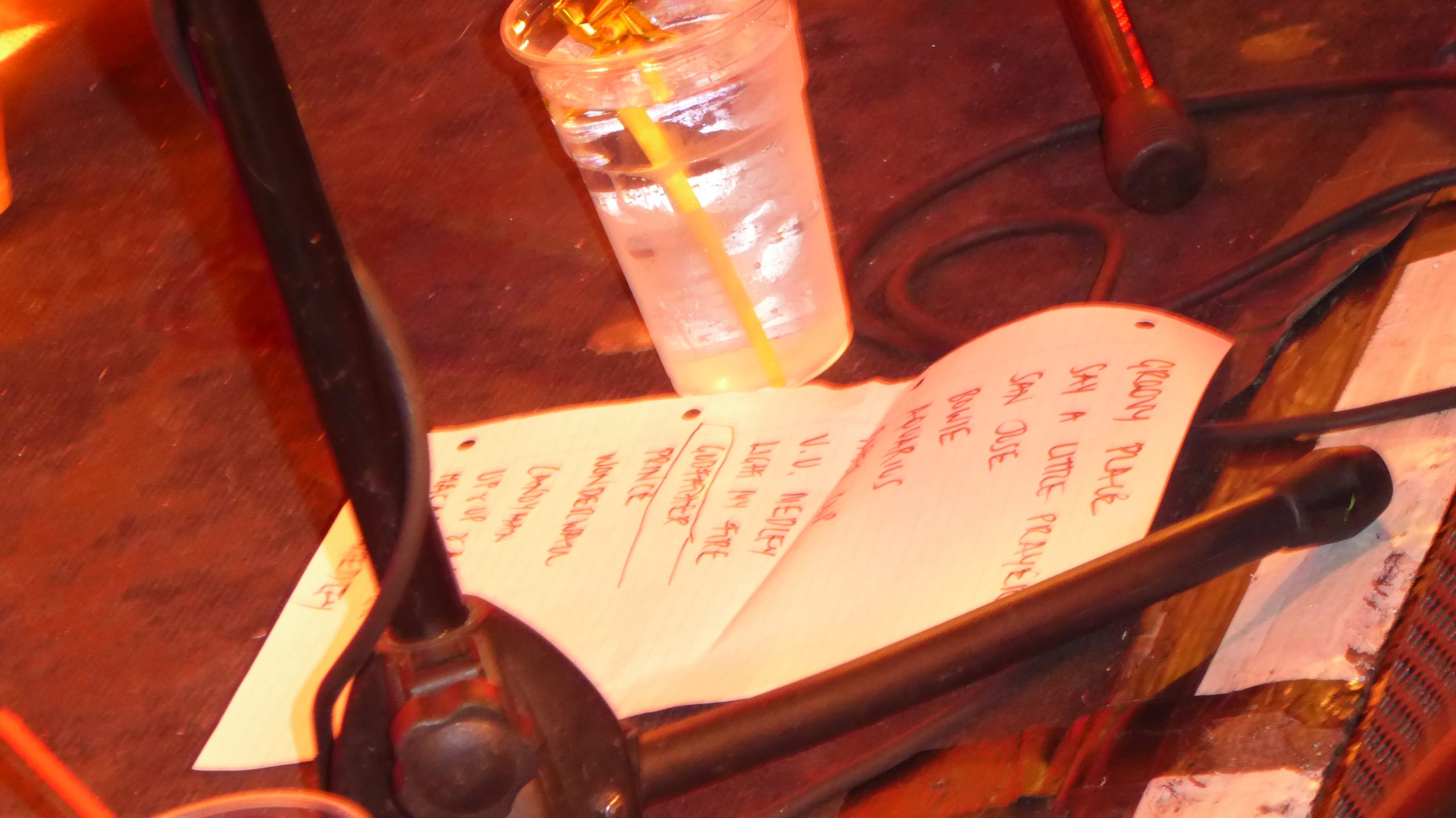