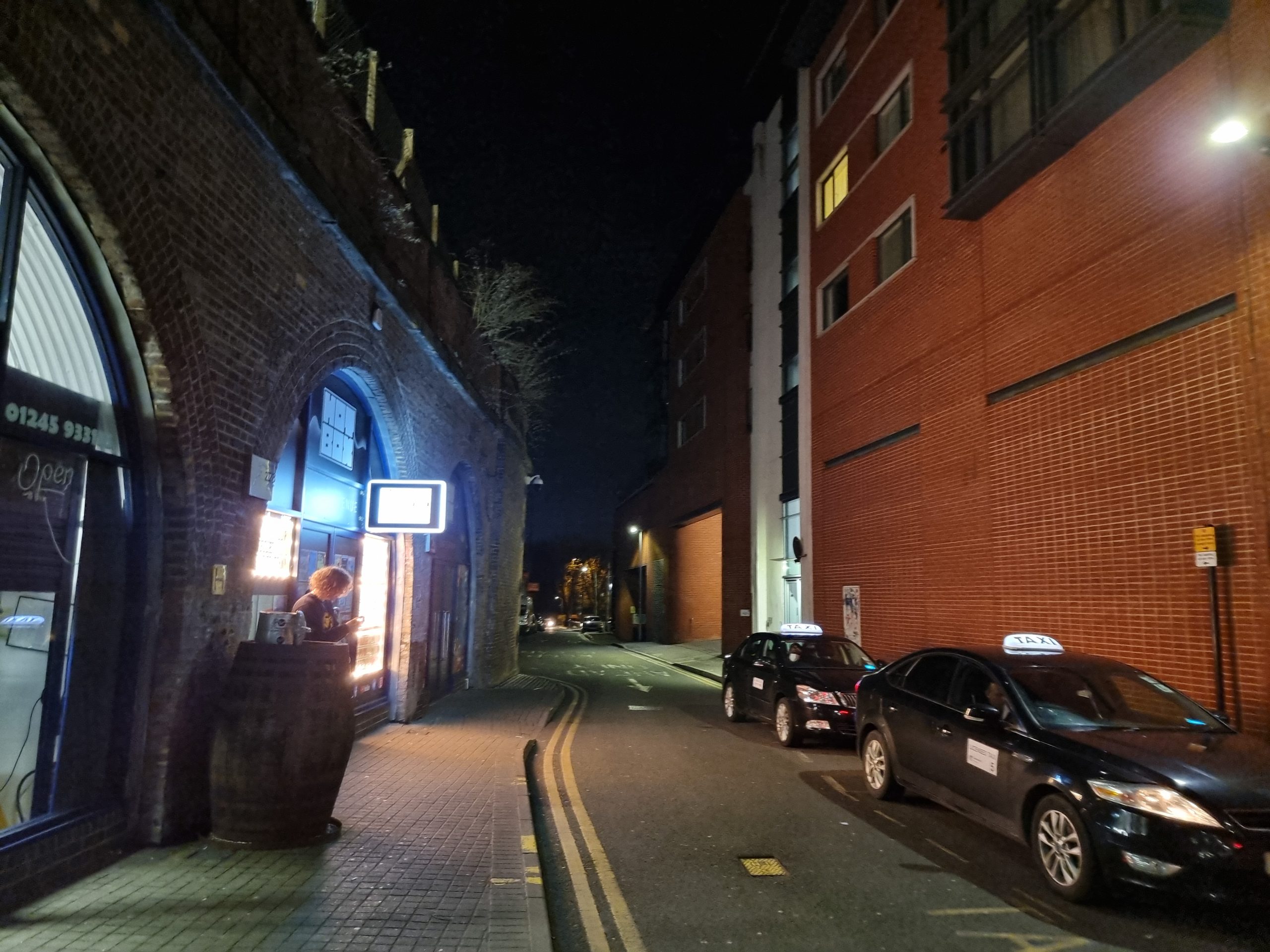 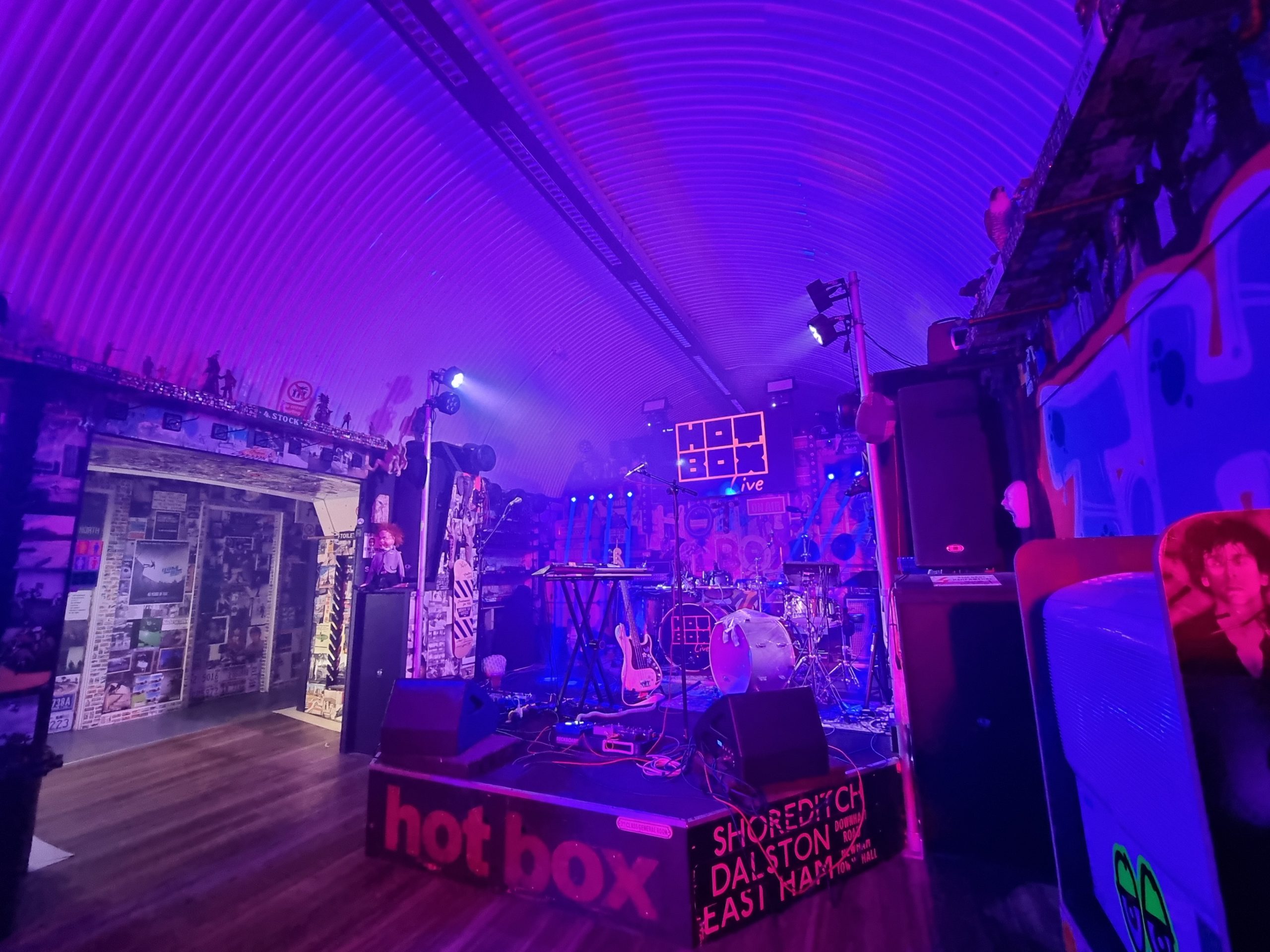 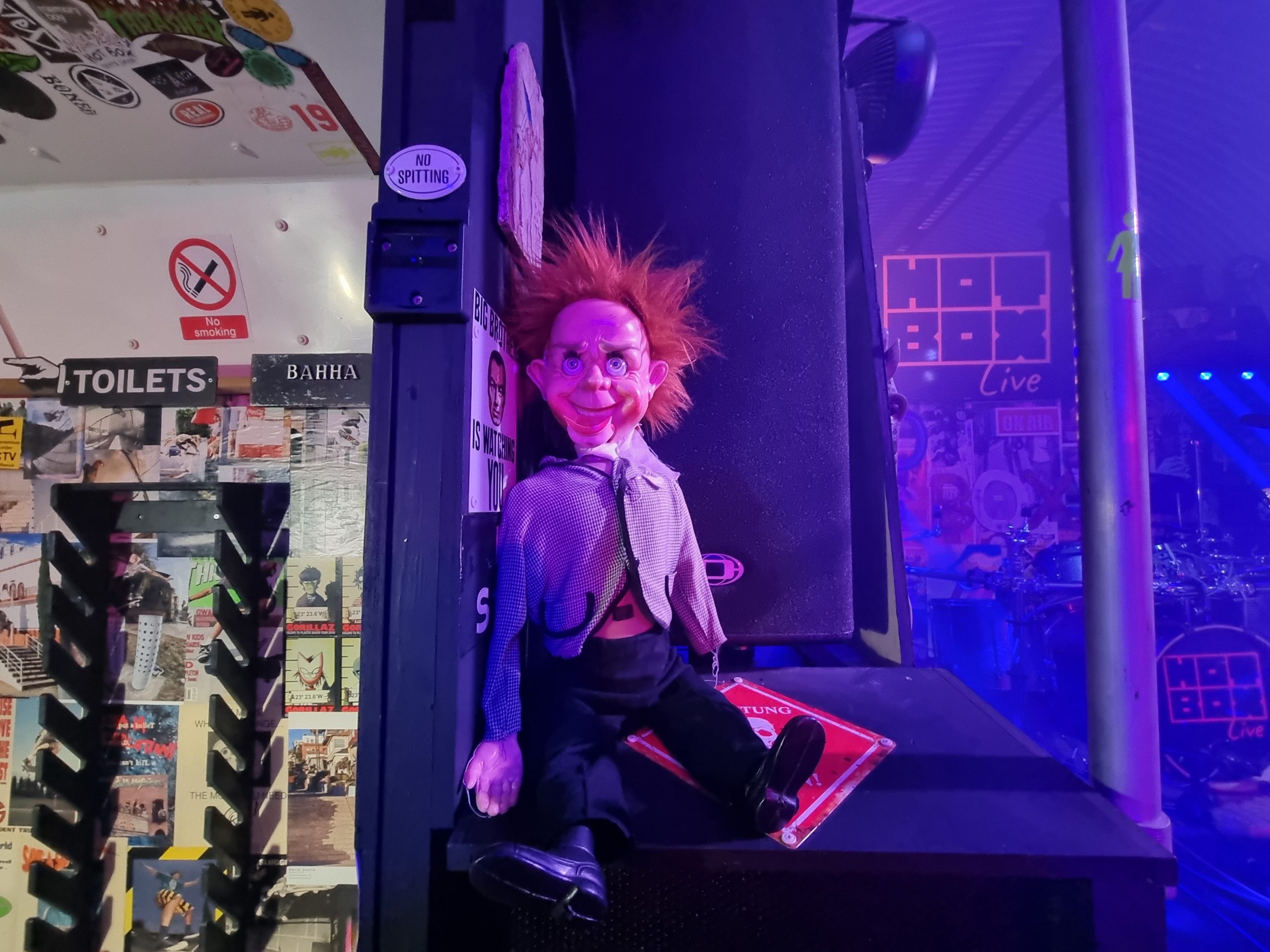 Another new venue for me and, like the last one, we’re underneath some railway arches. Hot Box is a smart little venue with, in the immortal words of Moe Szyslak, a load of crazy crap on the walls, which I enjoyed browsing through before the gig. And a Mr Parlanchin too!

Tapeworms are a French band from Lille who released an album, Funtastic, in 2020 with a number of great tracks on it, including Safety Crash, which I played a lot at the time.

They have arranged a tour of the UK and I felt it would be good to give them support, particularly because after Brexit (BOOOO) it’s harder for smaller European bands to tour the UK. Also, I got to see them in a small venue, which is always great.

They did seem to come with their own entourage and I resisted the temptation to join in with their frenetic dancing.

I had a chat with the band and with the venue organisers too – all lovely people. 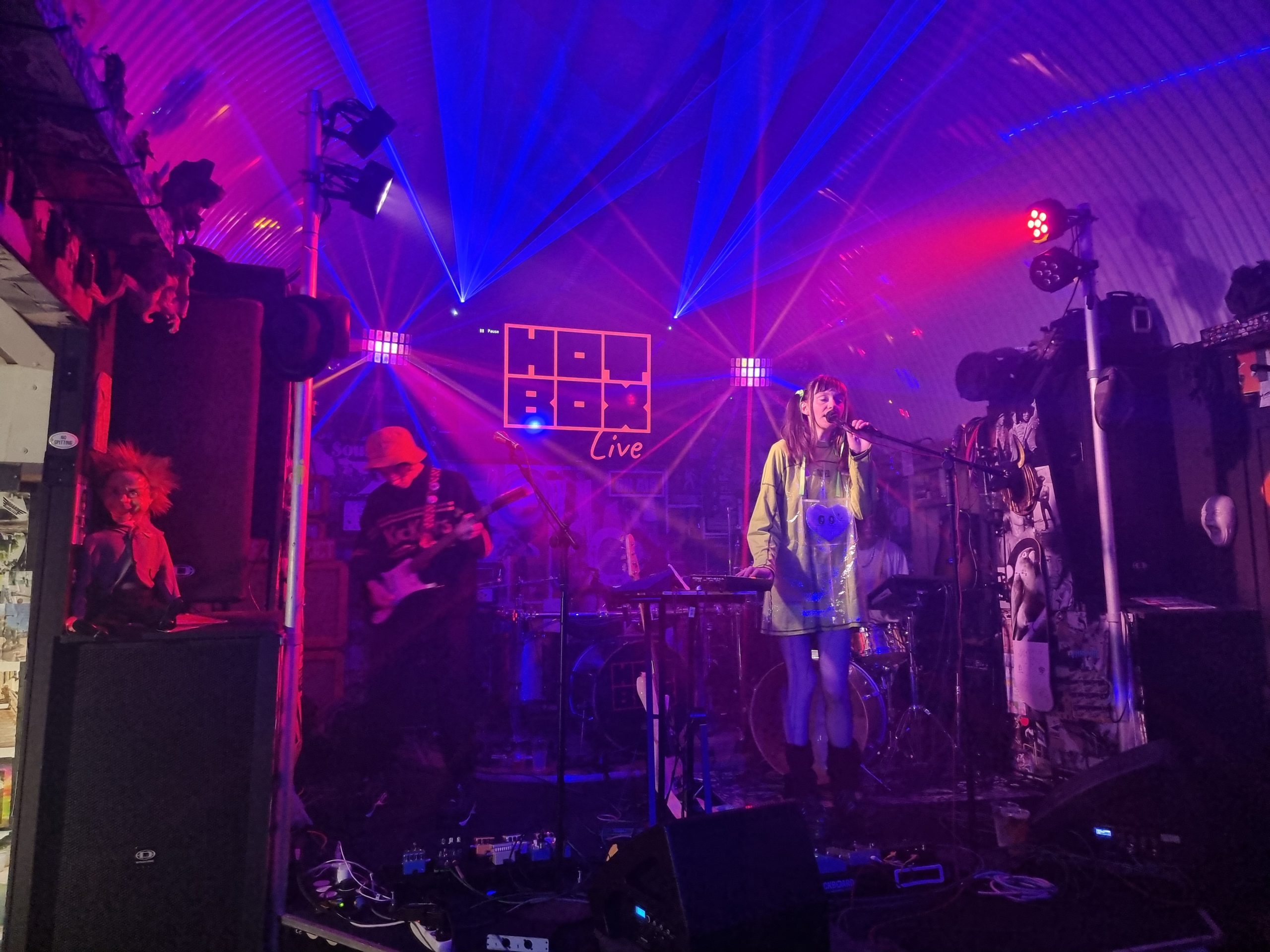 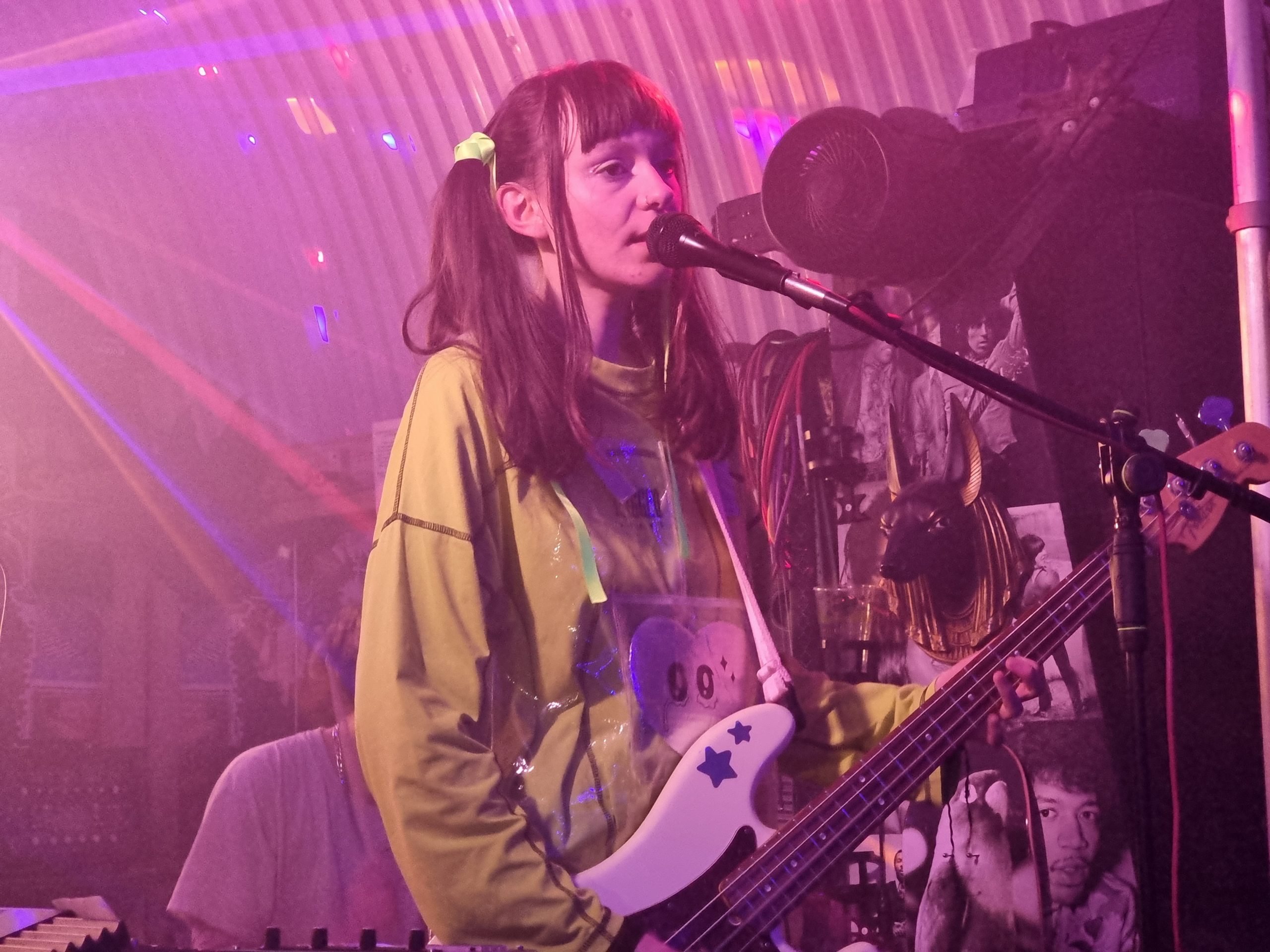 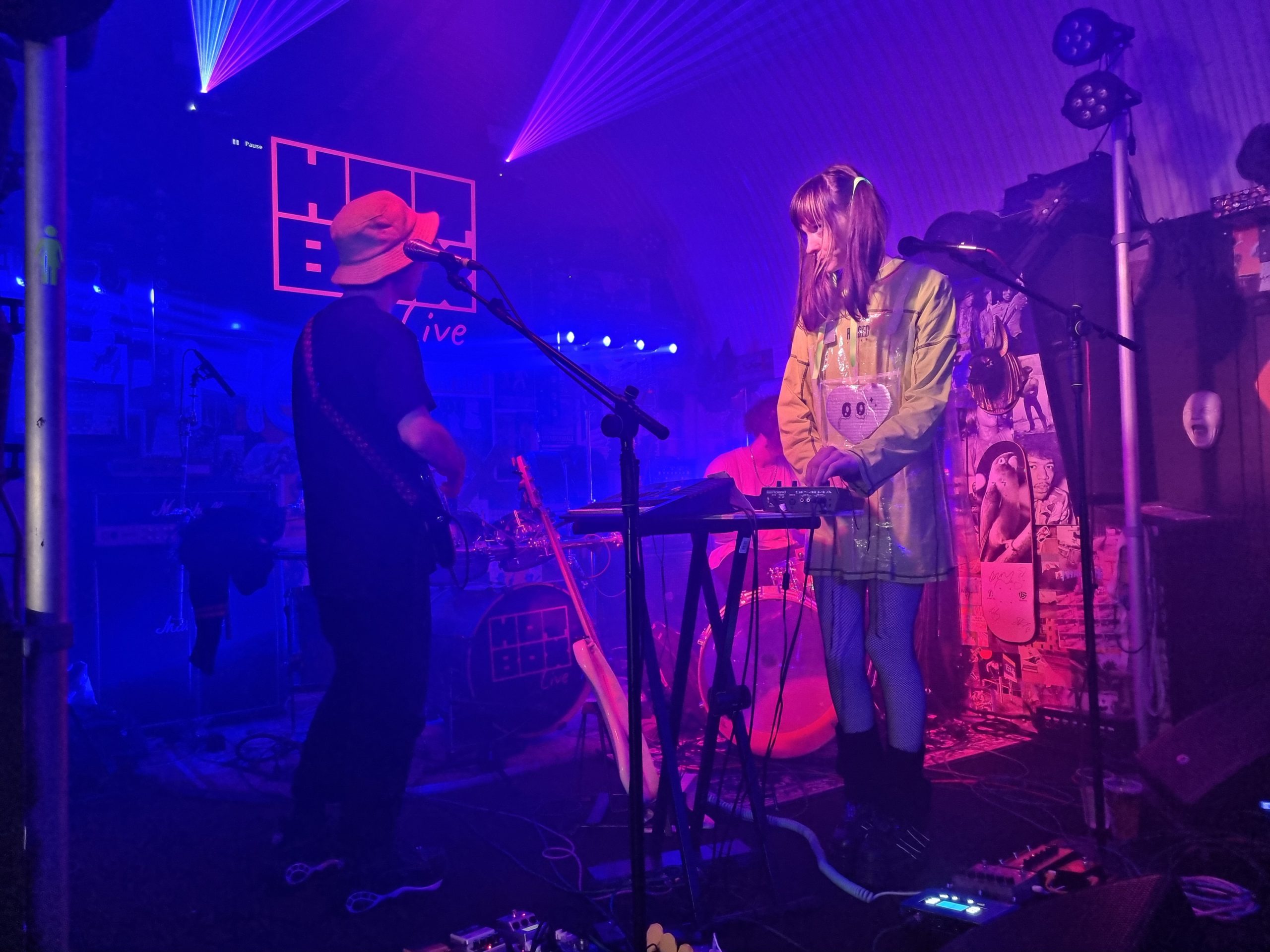