A gig I booked in March 2020! Covid was upon us and we were two weeks away from lockdown, but I still bought tickets thinking it would all be over by the autumn. And two and a half years later, here we are. Here’s my original ticket, discoloured after being pinned to my notice board next to a window for 30 months. 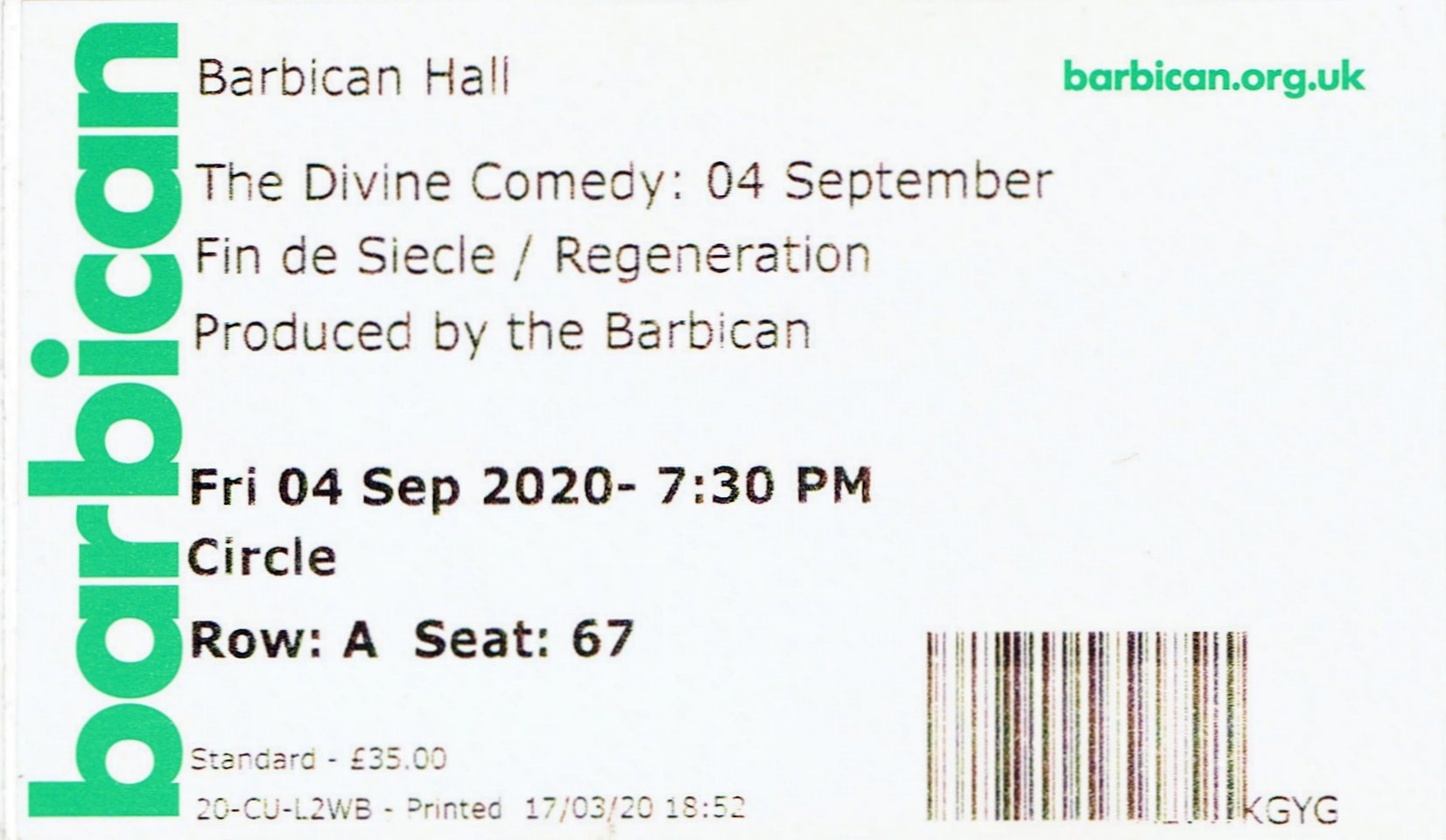 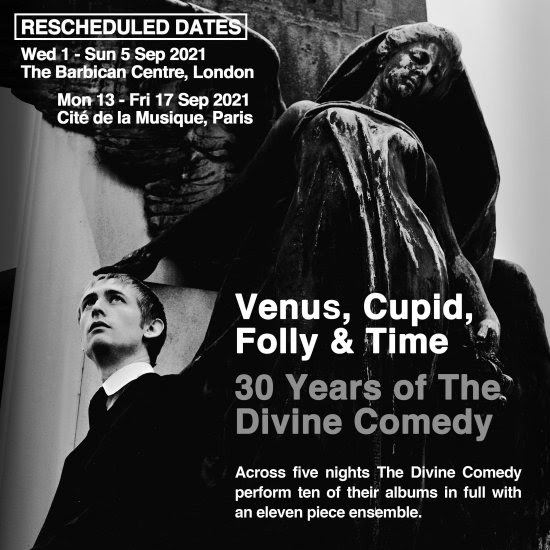 The Barbican emailed me this morning to say “we don’t do programmes any more, click here for our digital programme”. (It’s a web page). The page has Neil Hannon talking about tonight’s show:

‘Fin De Siècle was me saying, “But I’m an artist!” and directing things in strange and wonderful directions. There’s crazy stuff like ‘Eric The Gardener’ but also ‘National Express’ and ‘Generation Sex’ – our biggest hits. But by the end of the ‘90s, the scene had changed. Nobody wanted a man flouncing around with an orchestra behind them. So, after the mania of Britpop, in a massive attempt to not go down with the ship, I made Regeneration, which was more serious with more guitars. It was me, famed producer Nigel Godrich and my excellent band on an equal footing. Call me an egomaniac, but I felt disconnected and I wanted more fun.’

He could be right when he says “Nobody wanted a man flouncing around with an orchestra behind them”, as My Life Story ditched the orchestra around this time too. But if it ain’t broke, why fix it?  Regeneration is as strong as any of his other albums, and tonight I get a chance to hear it with an orchestra for the first time.

Anyway! This is my first gig since March, and I haven’t quite recovered after my long walk, but I am slowly getting back into the swing of things. This is an ambitious set of shows – five consecutive nights, playing two different albums a night, so 140 or so different songs in the week. I’ve gone for the third of the five shows, as Fin De Siècle was always one of my favourite albums and I always felt Regeneration was a bit underrated.

I’ve only been to the Barbican once before, for a Latitude Festival launch party in March 2015 (I had to rack my brains for that, and when I failed, I searched my Gmail). I aboslutely love the walk on the upper level from the station. 70s British brutalism at its best! I know this is not a popular opinion … 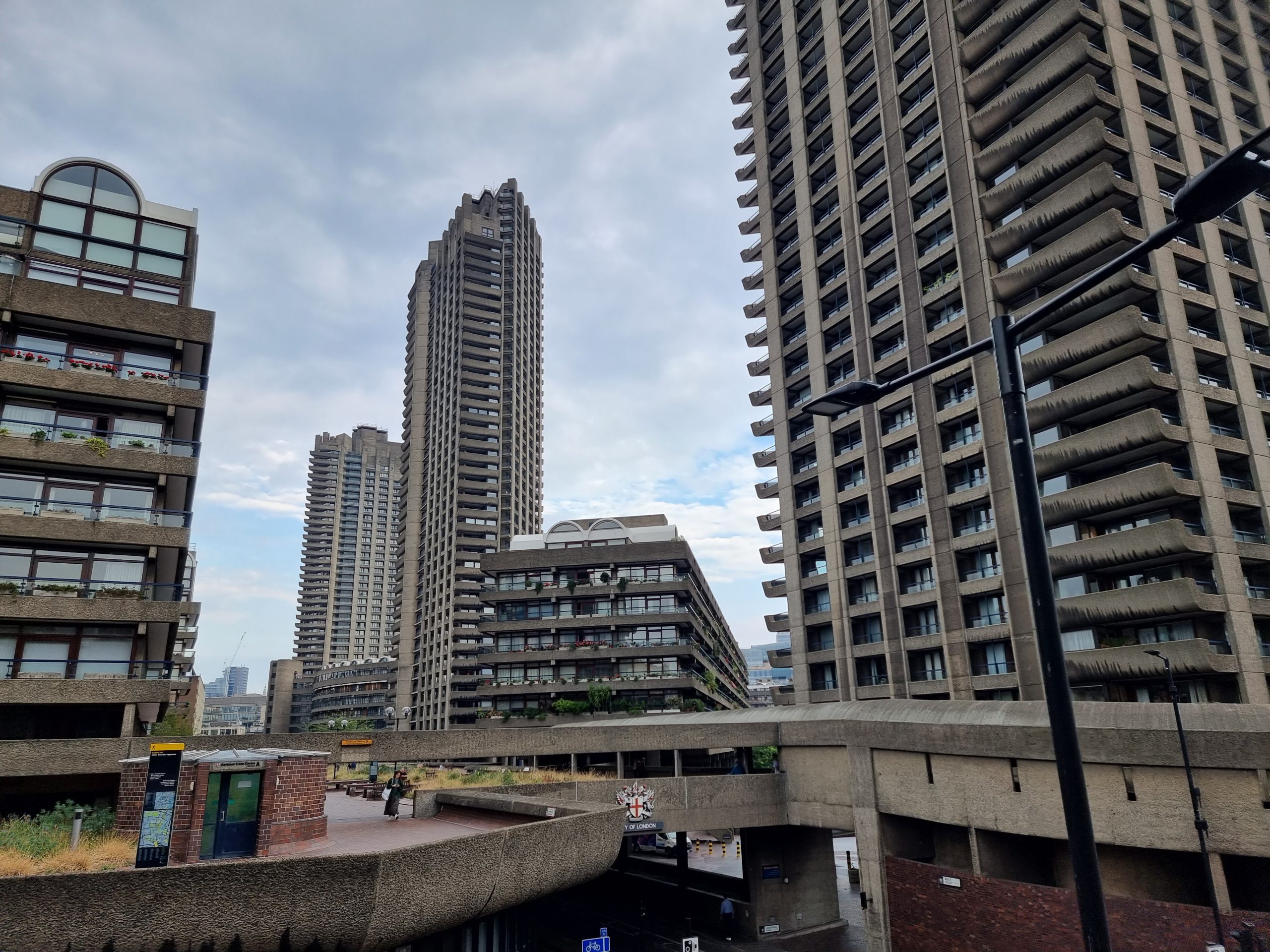 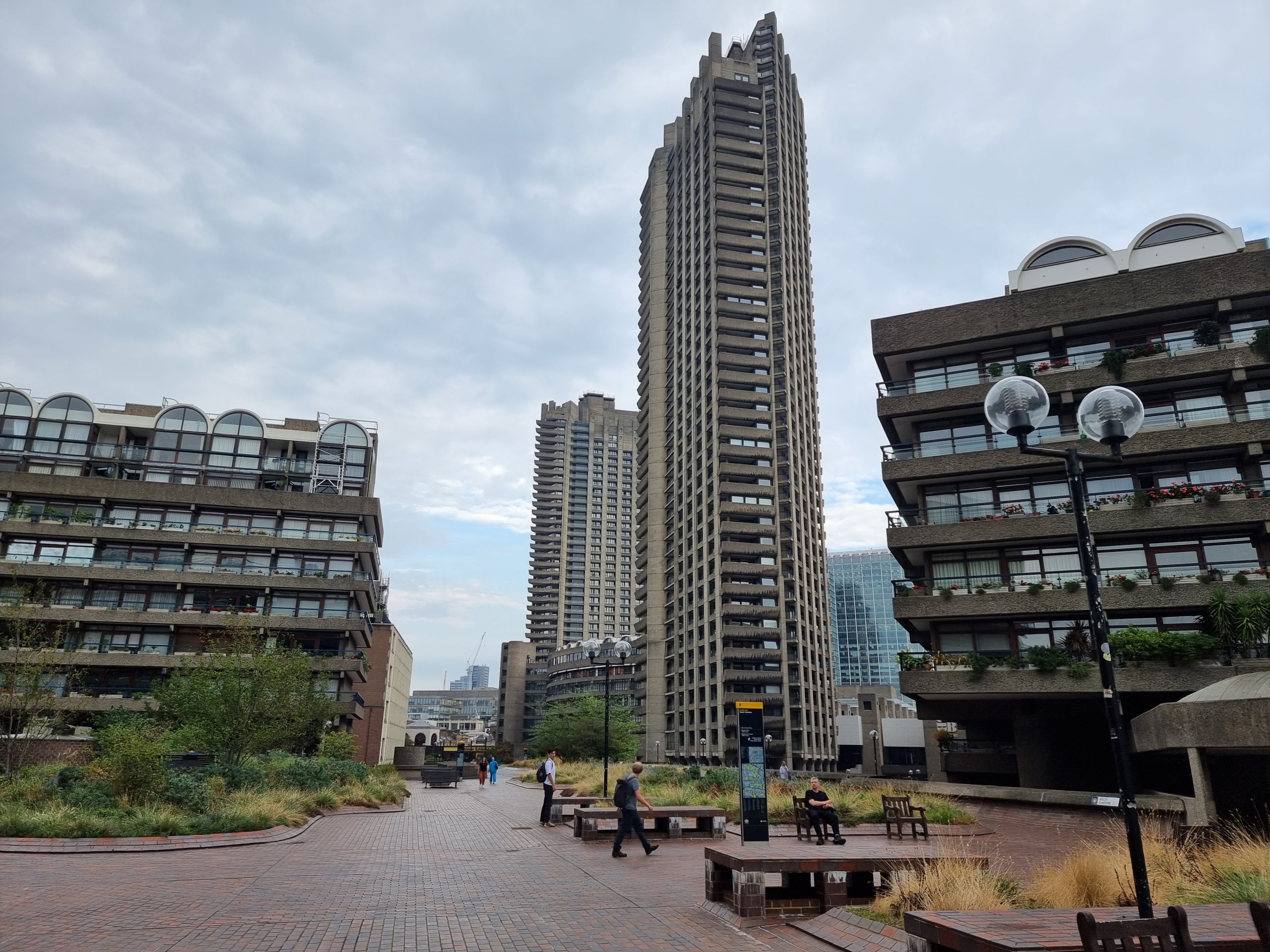 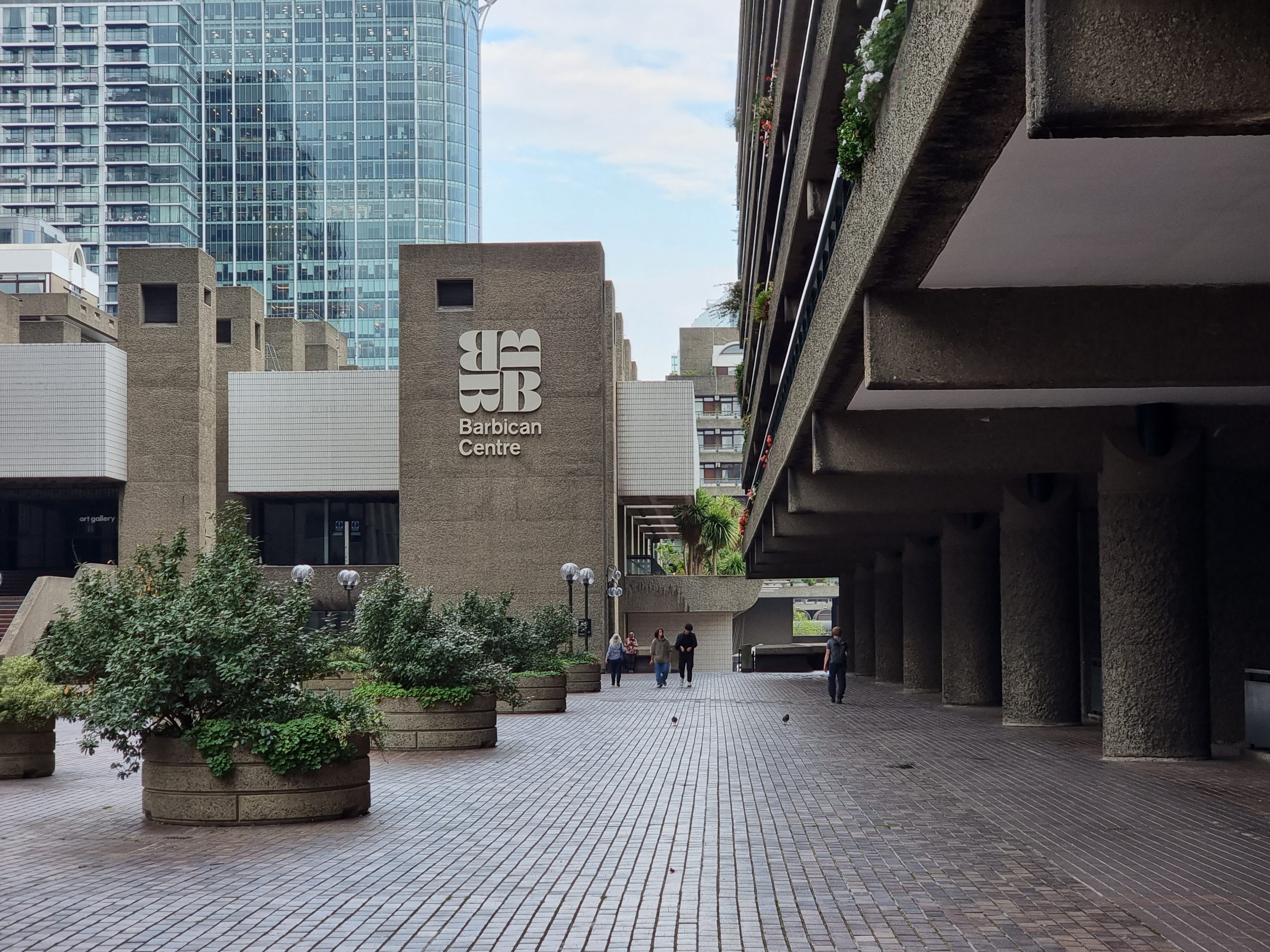 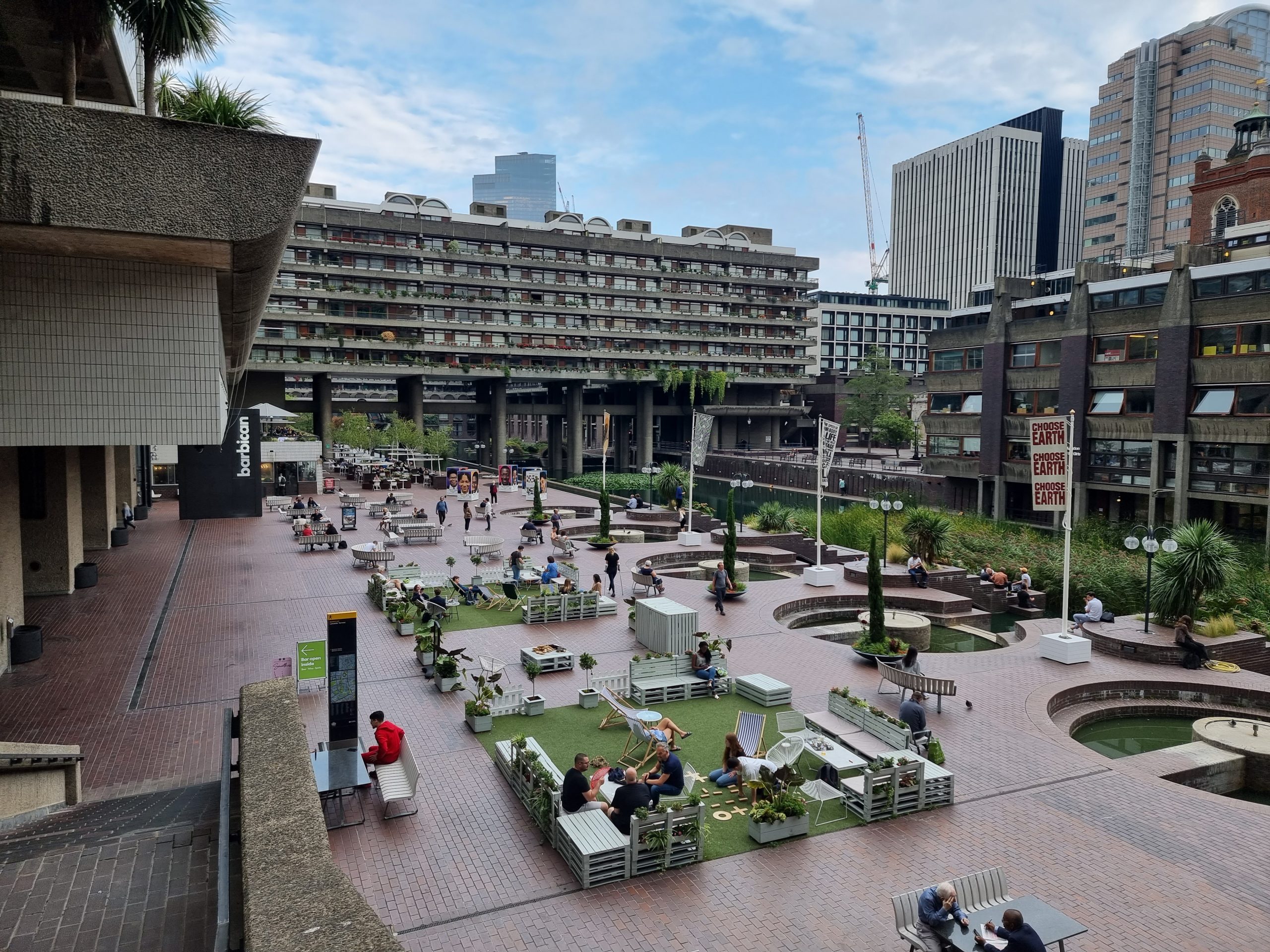 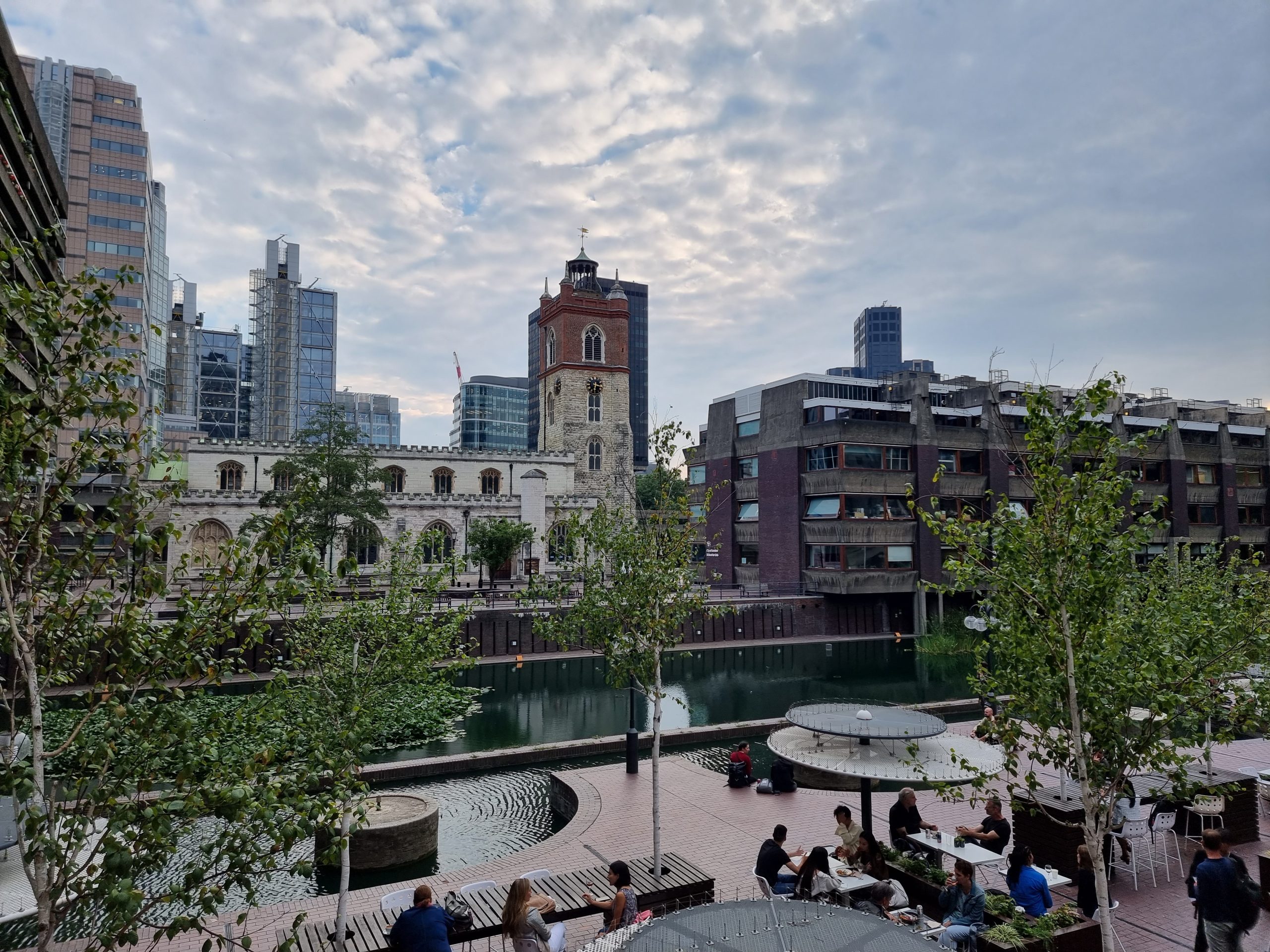 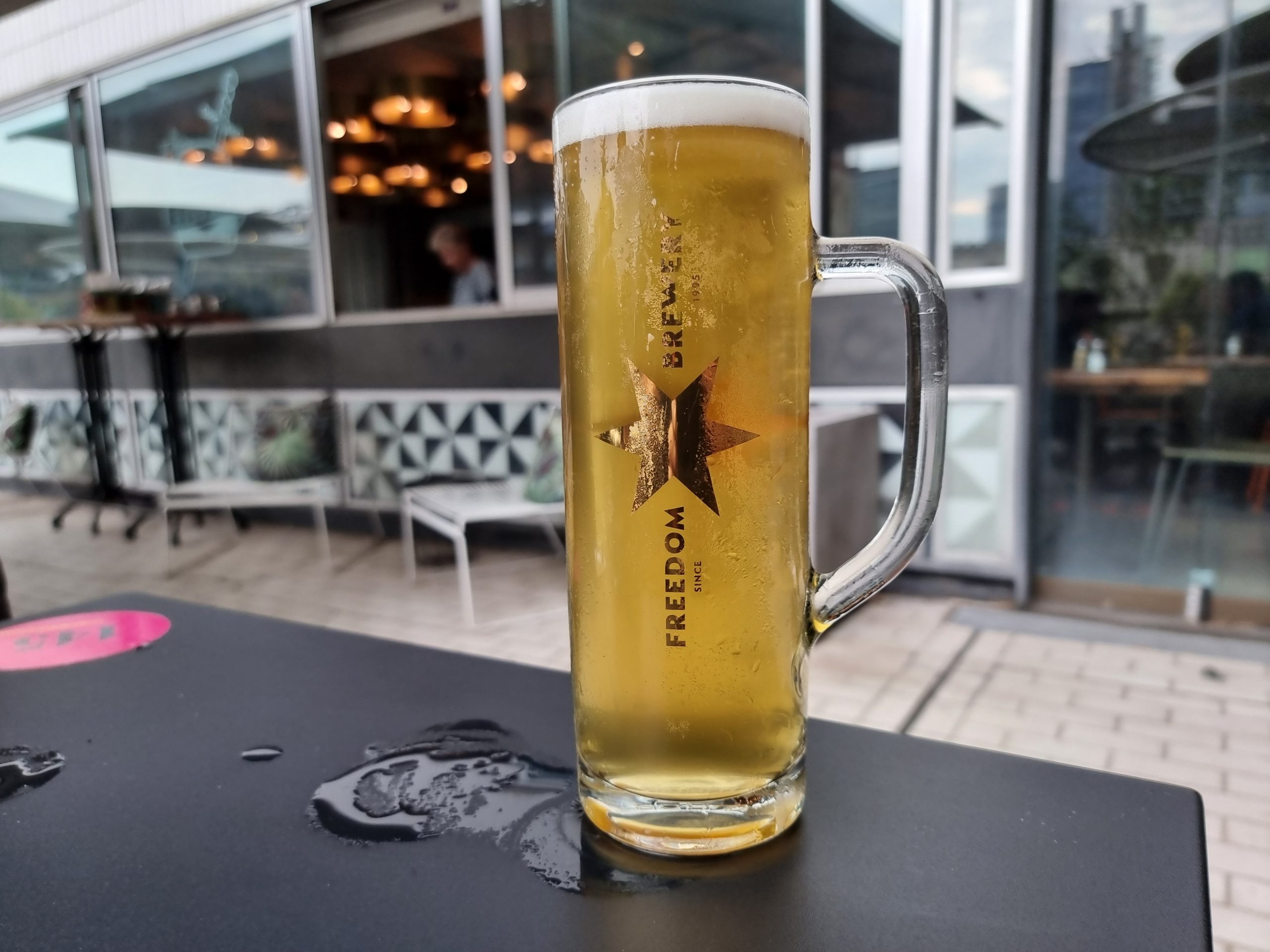 I wasn’t going to drink but the beer just looked too good, so I had the one. For a restaurant in the middle of the city of London, it was surprisingly modestly priced. No nine quid pints here!

The show itself started at 7.30pm and with a 20 minute interval thrown in lasted just over two and a half hours. The two albums are slightly longer than average and he threw in a couple of tracks from Promenade at the end too. Voice great, music great, venue great. Good night out! 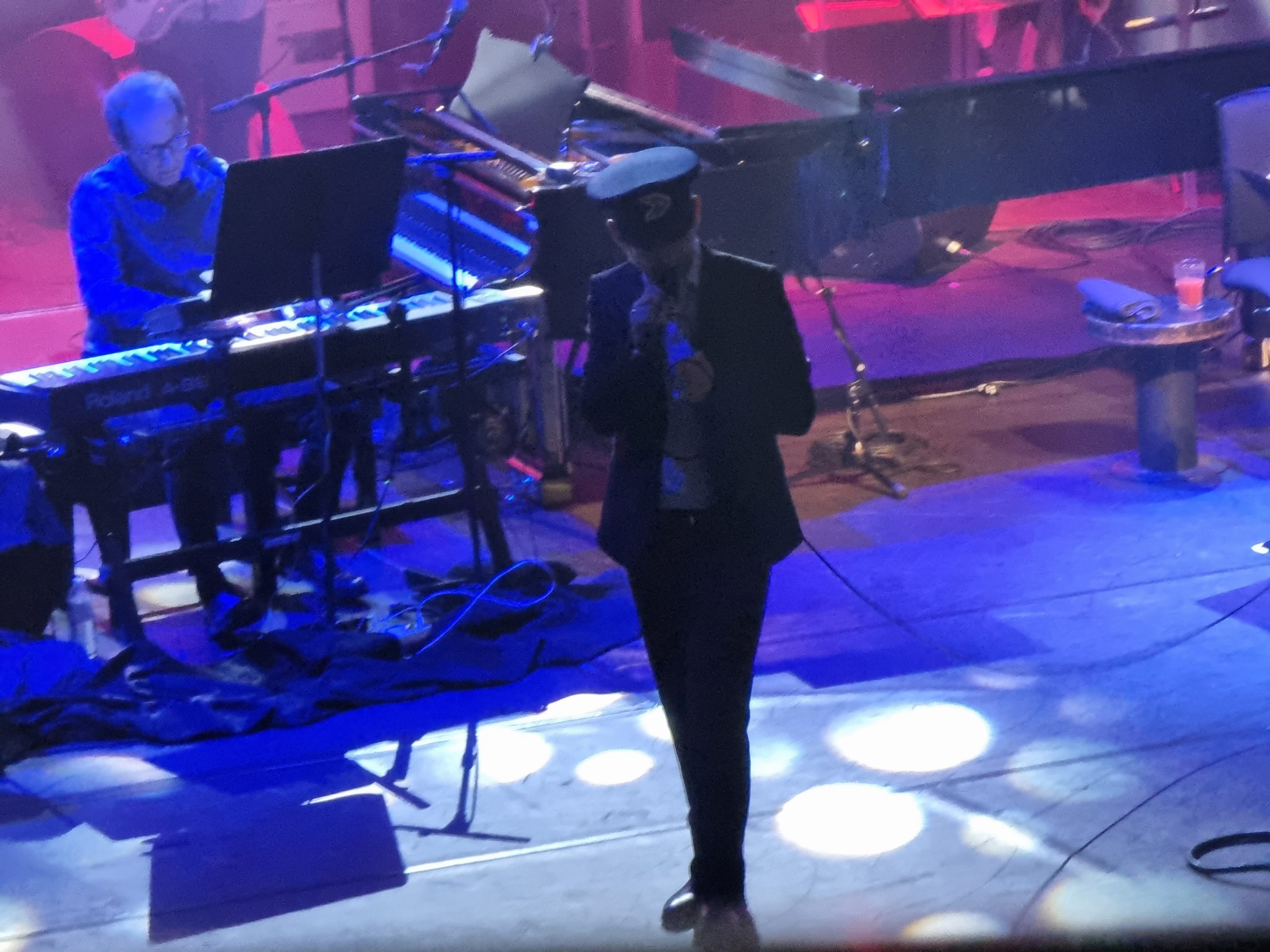 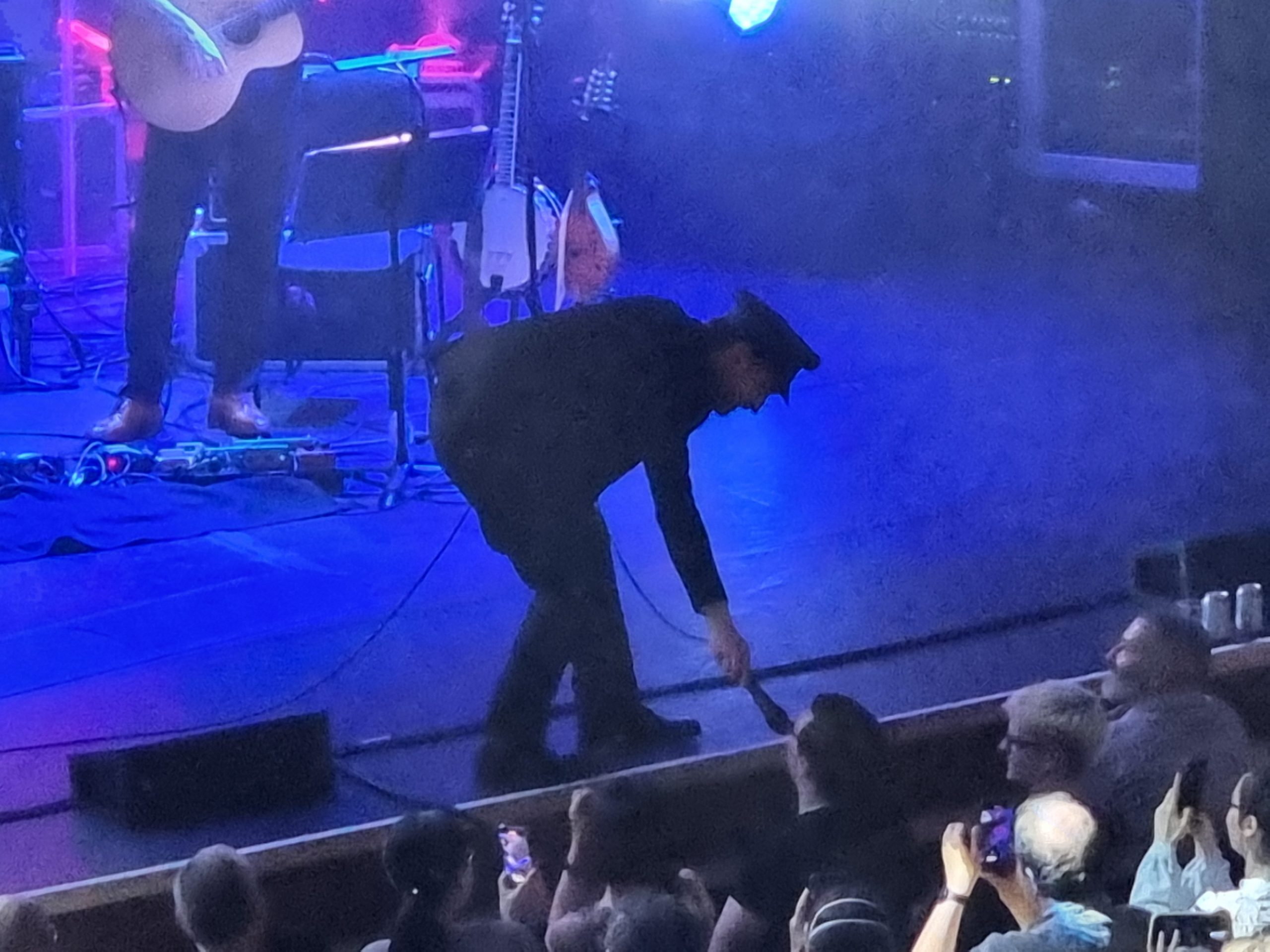 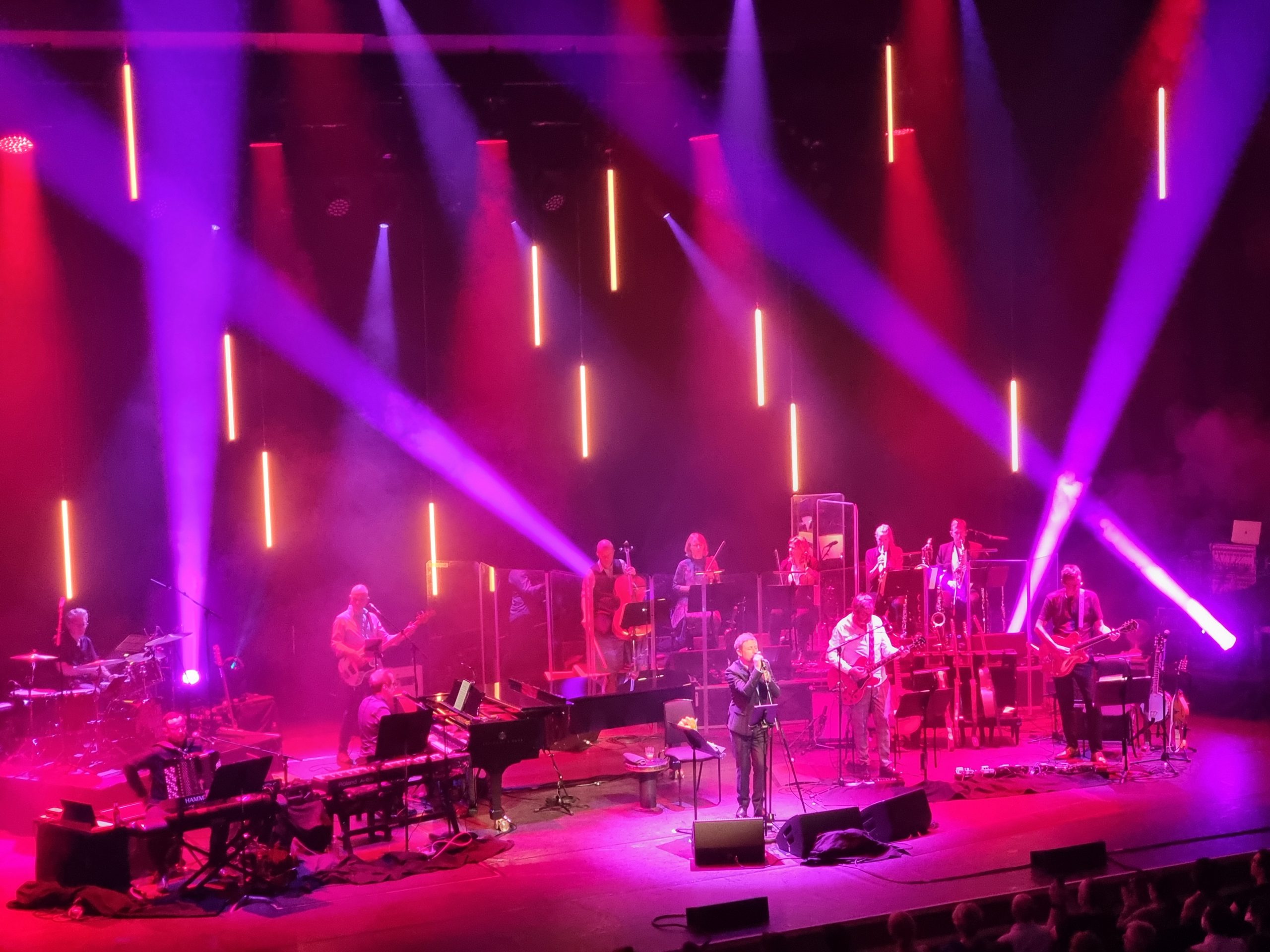 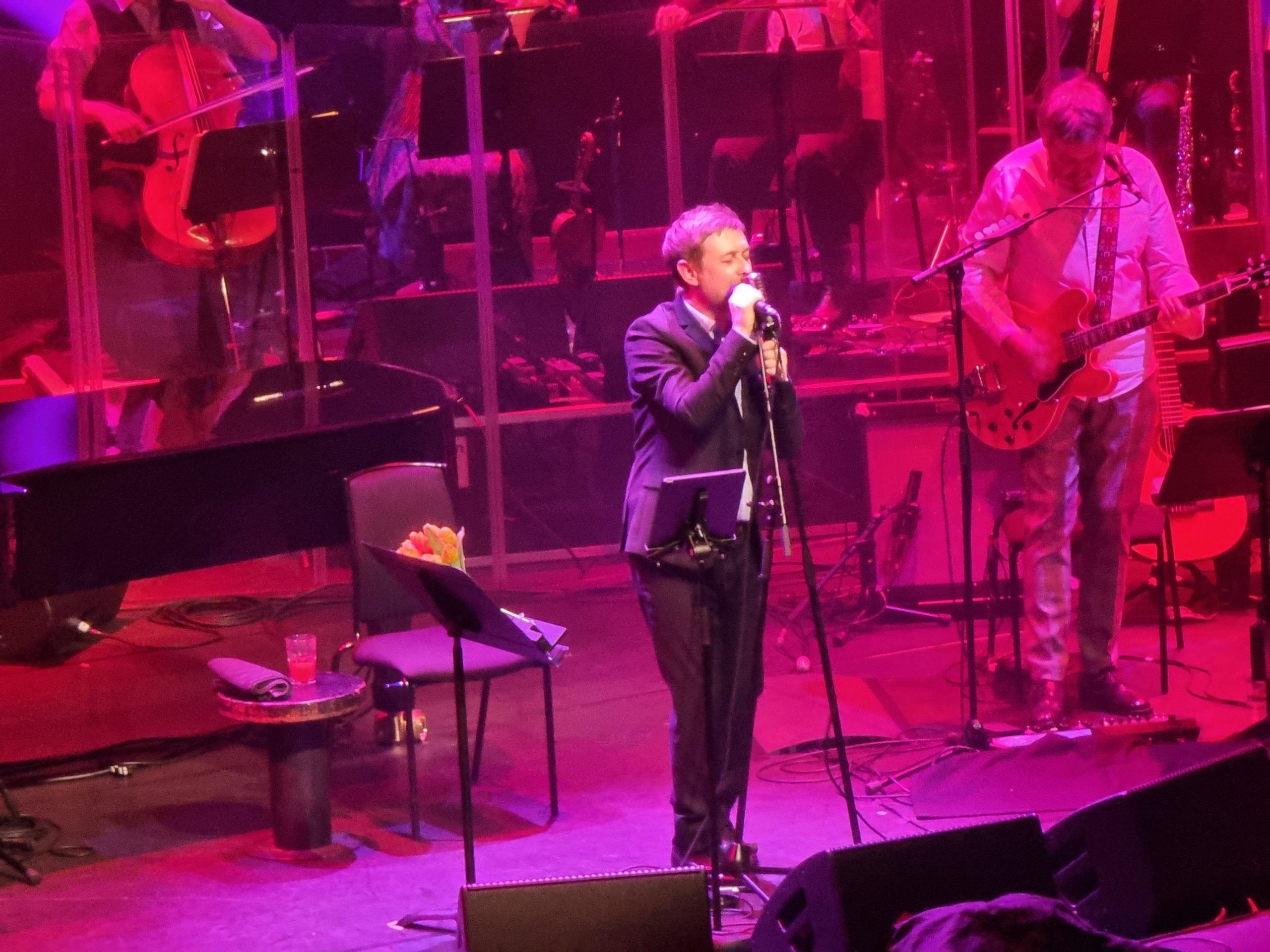 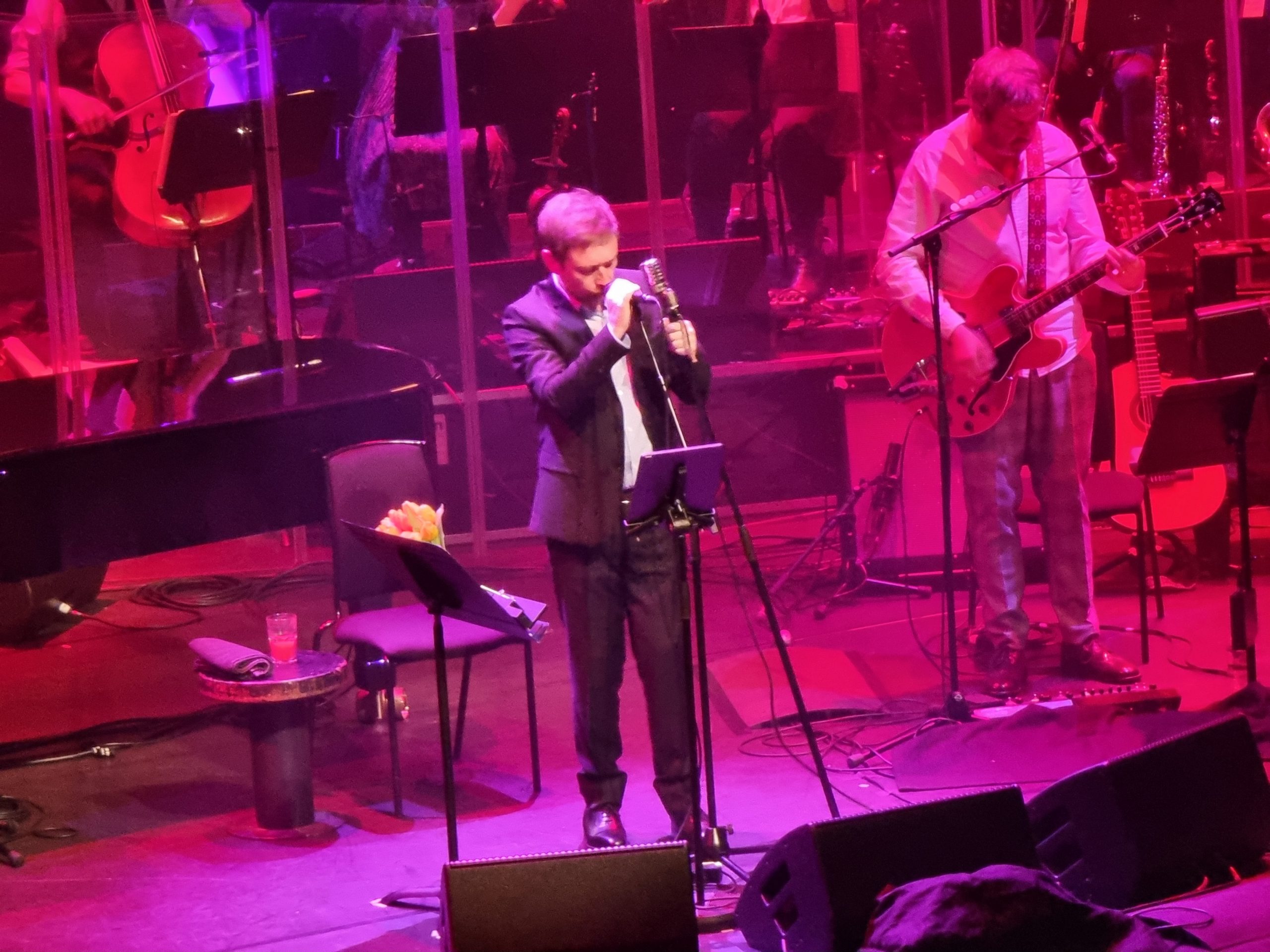 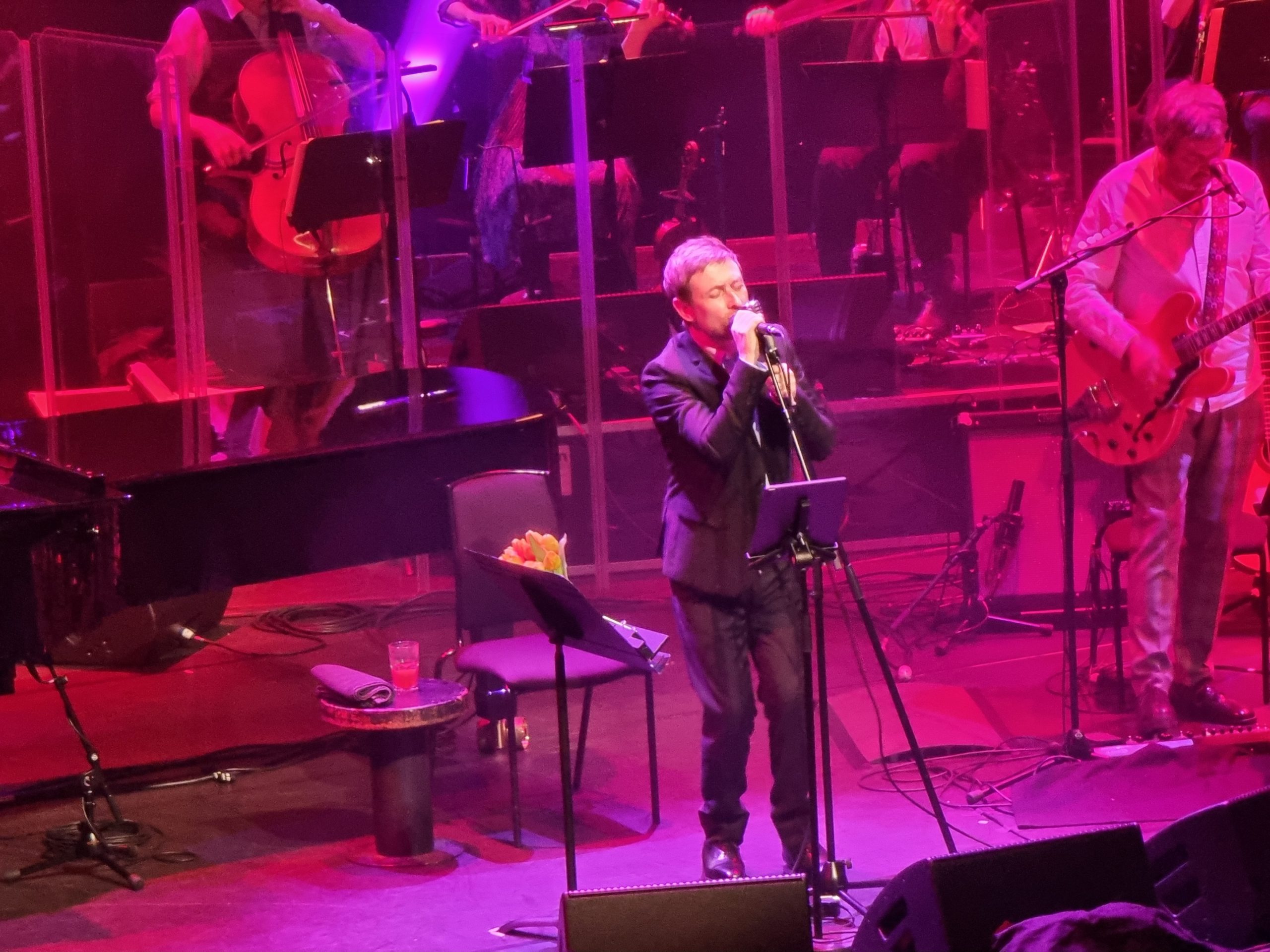 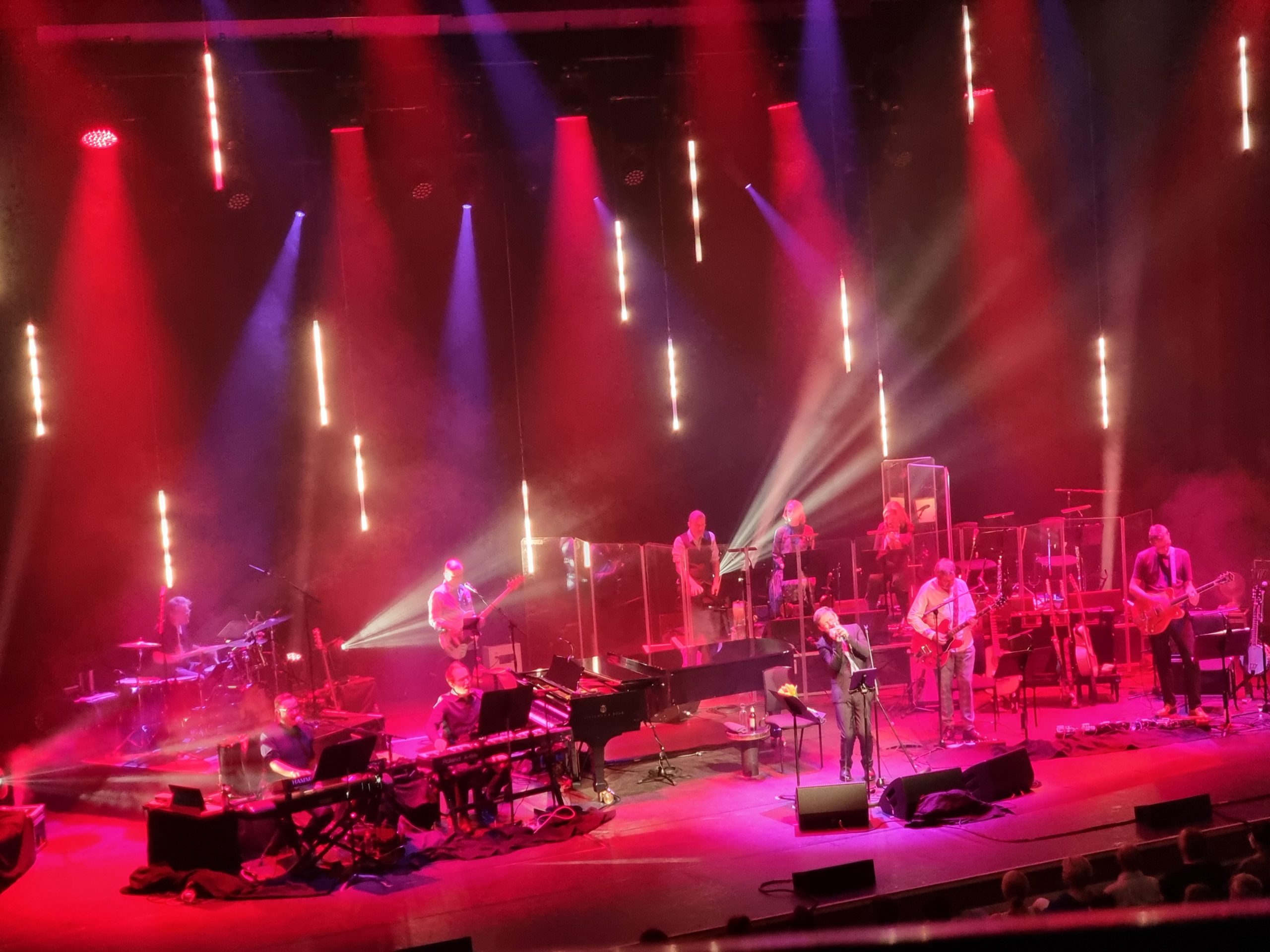 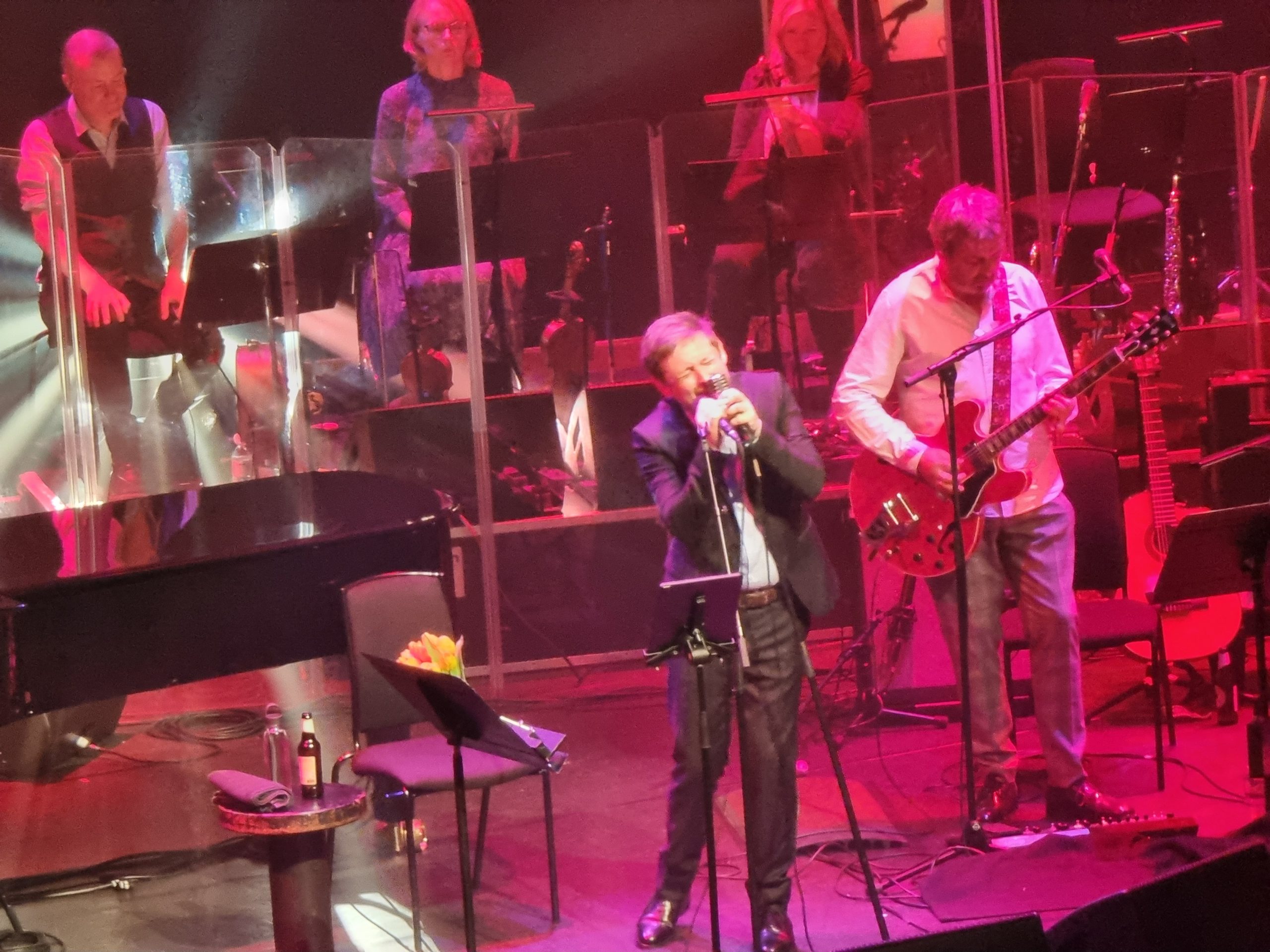 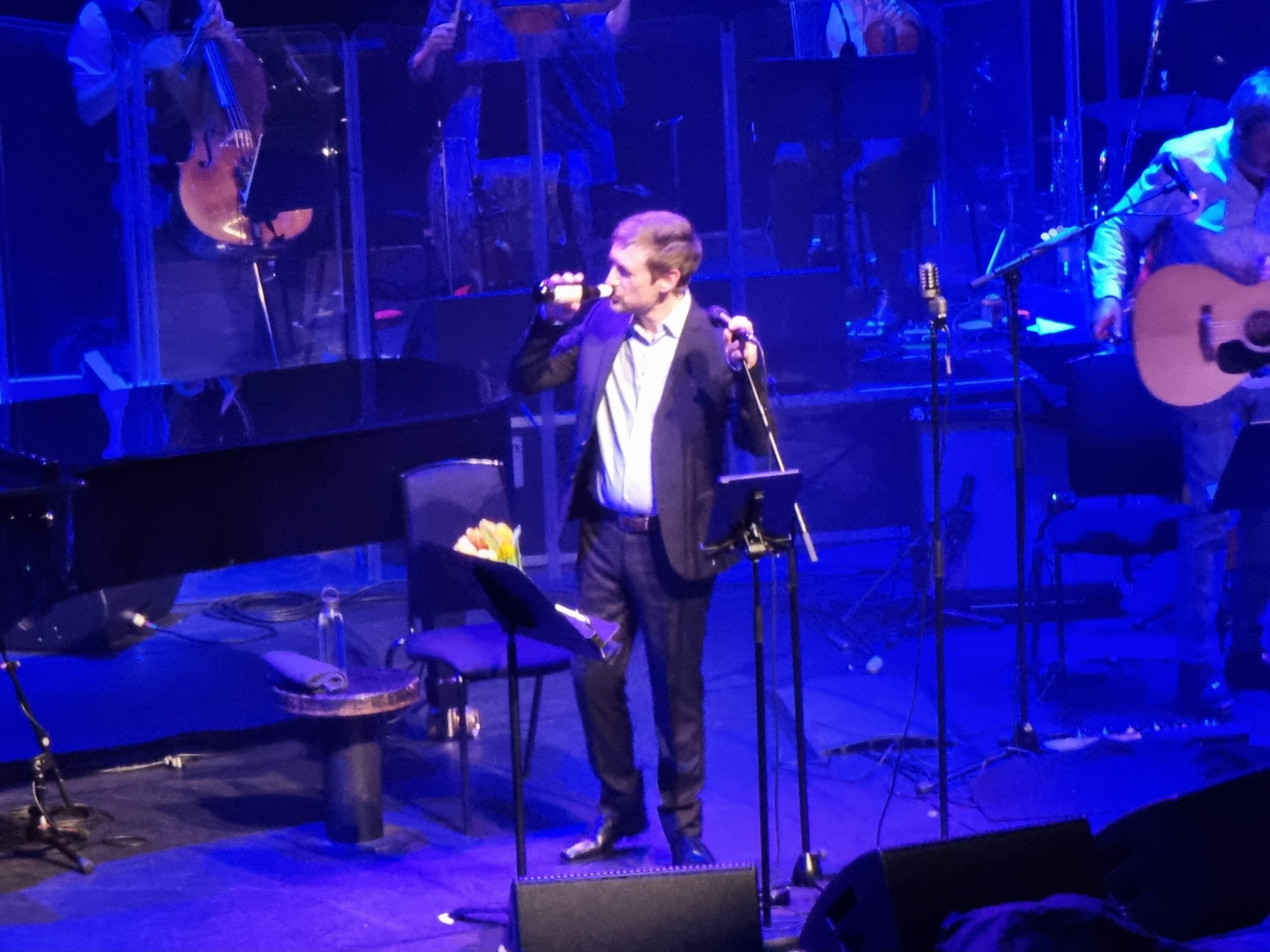 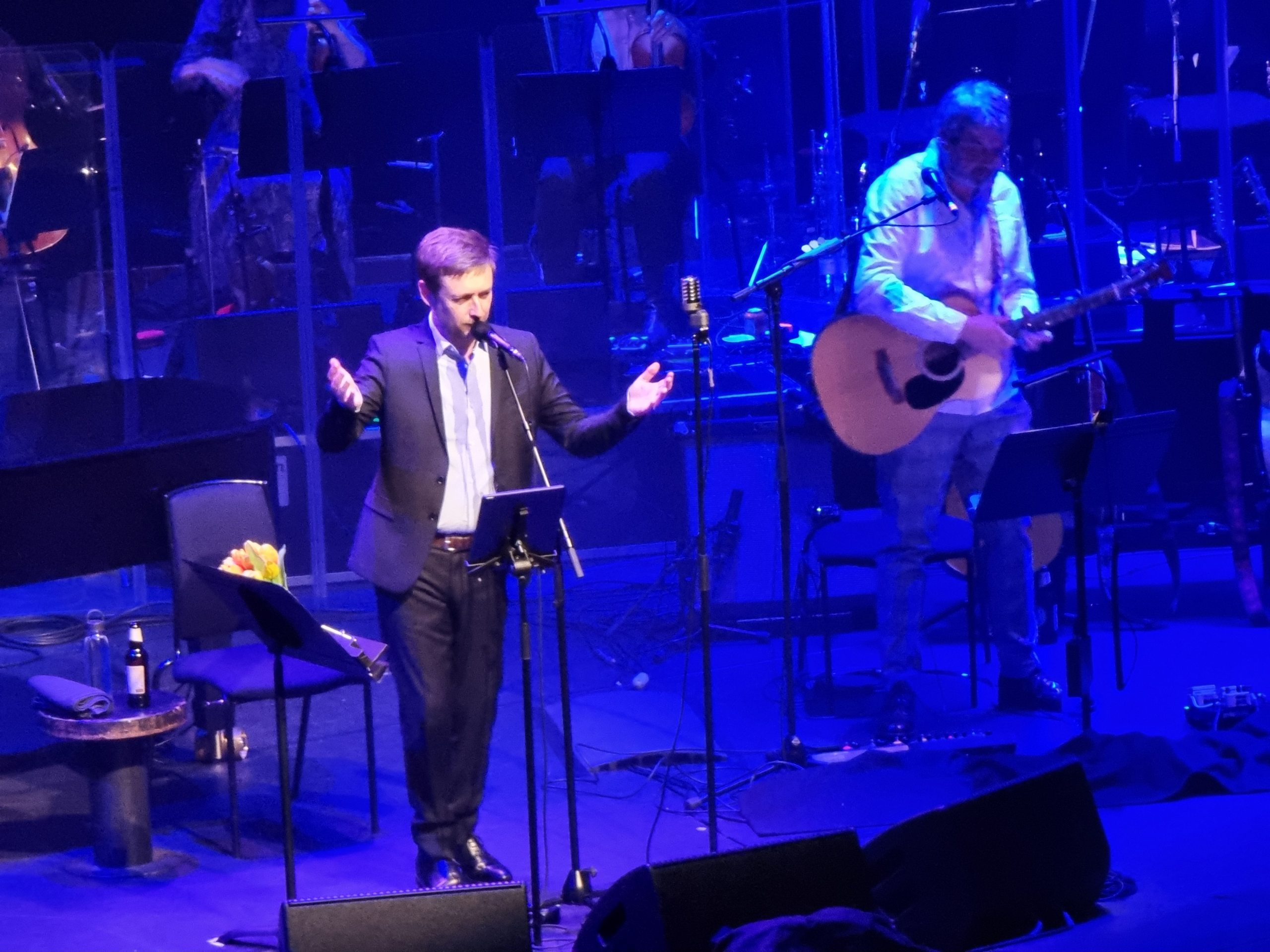 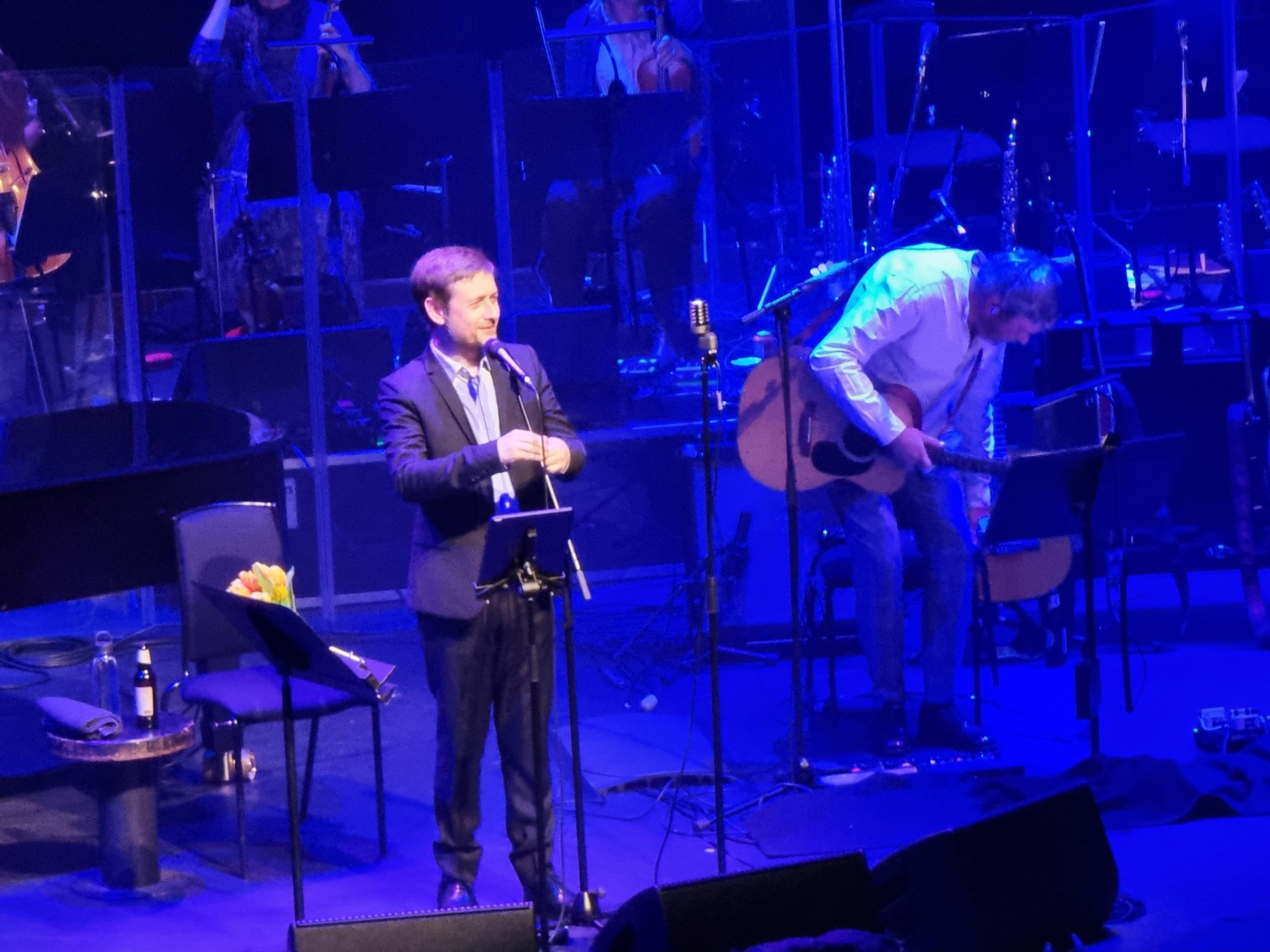 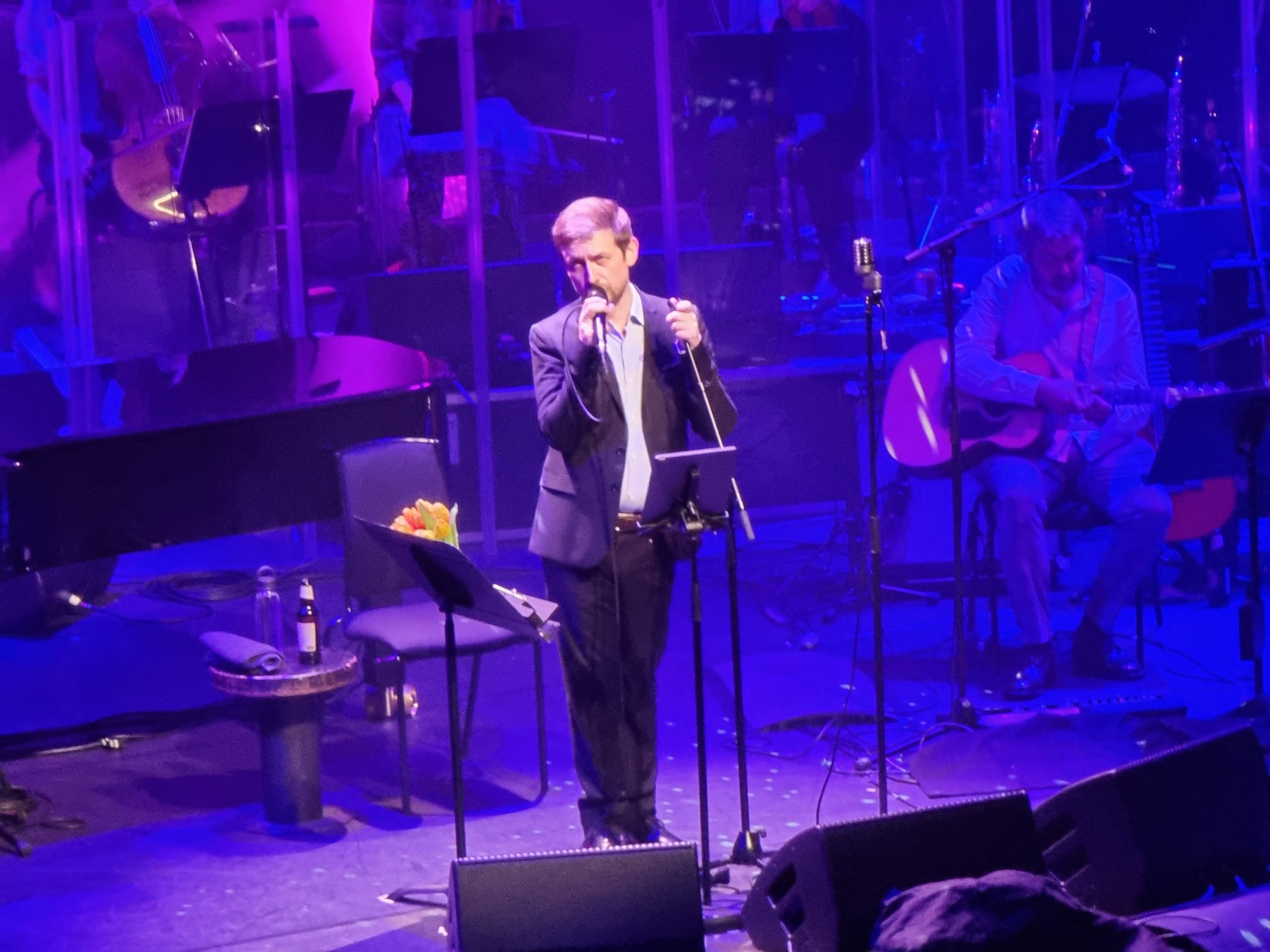 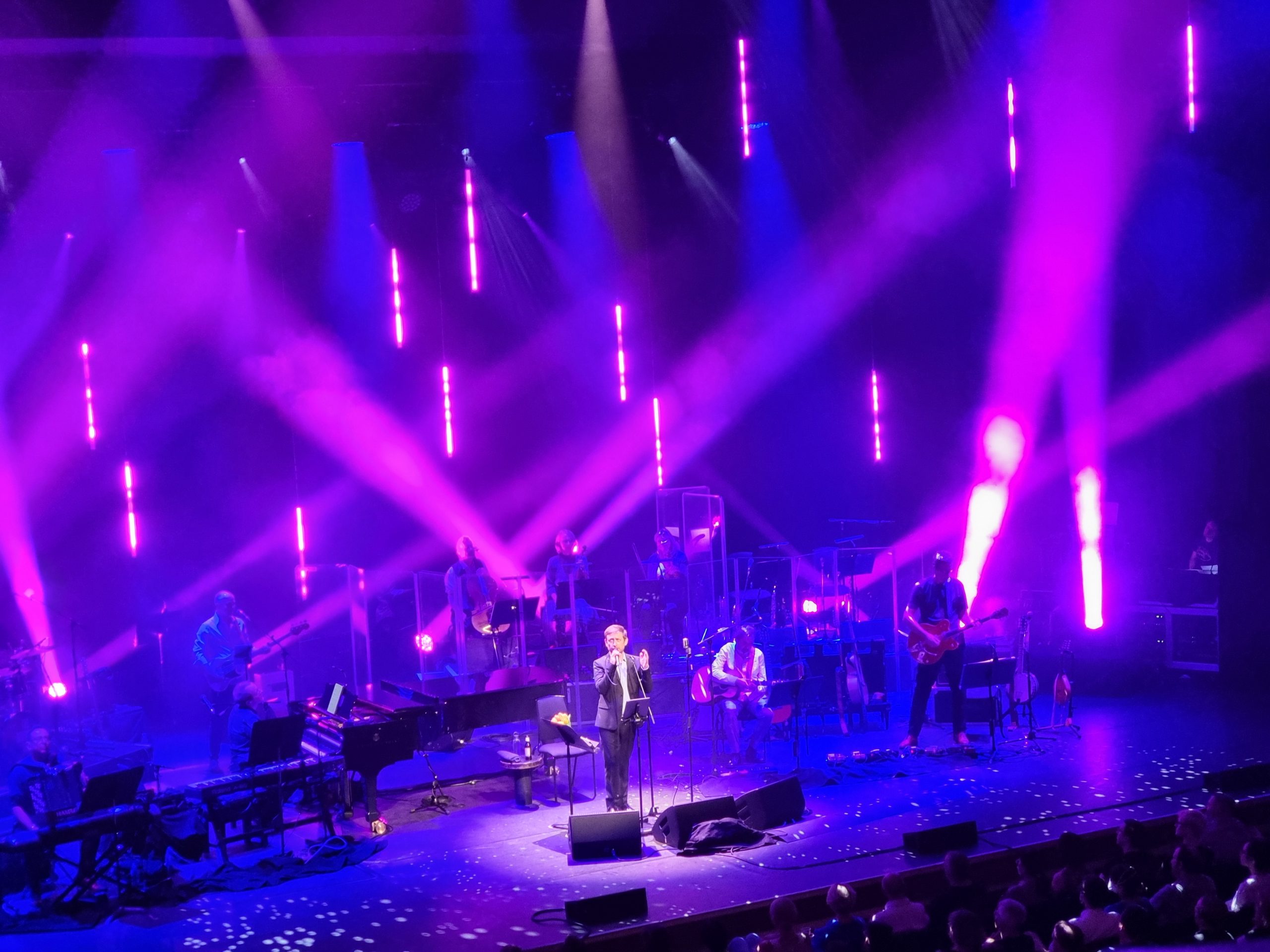 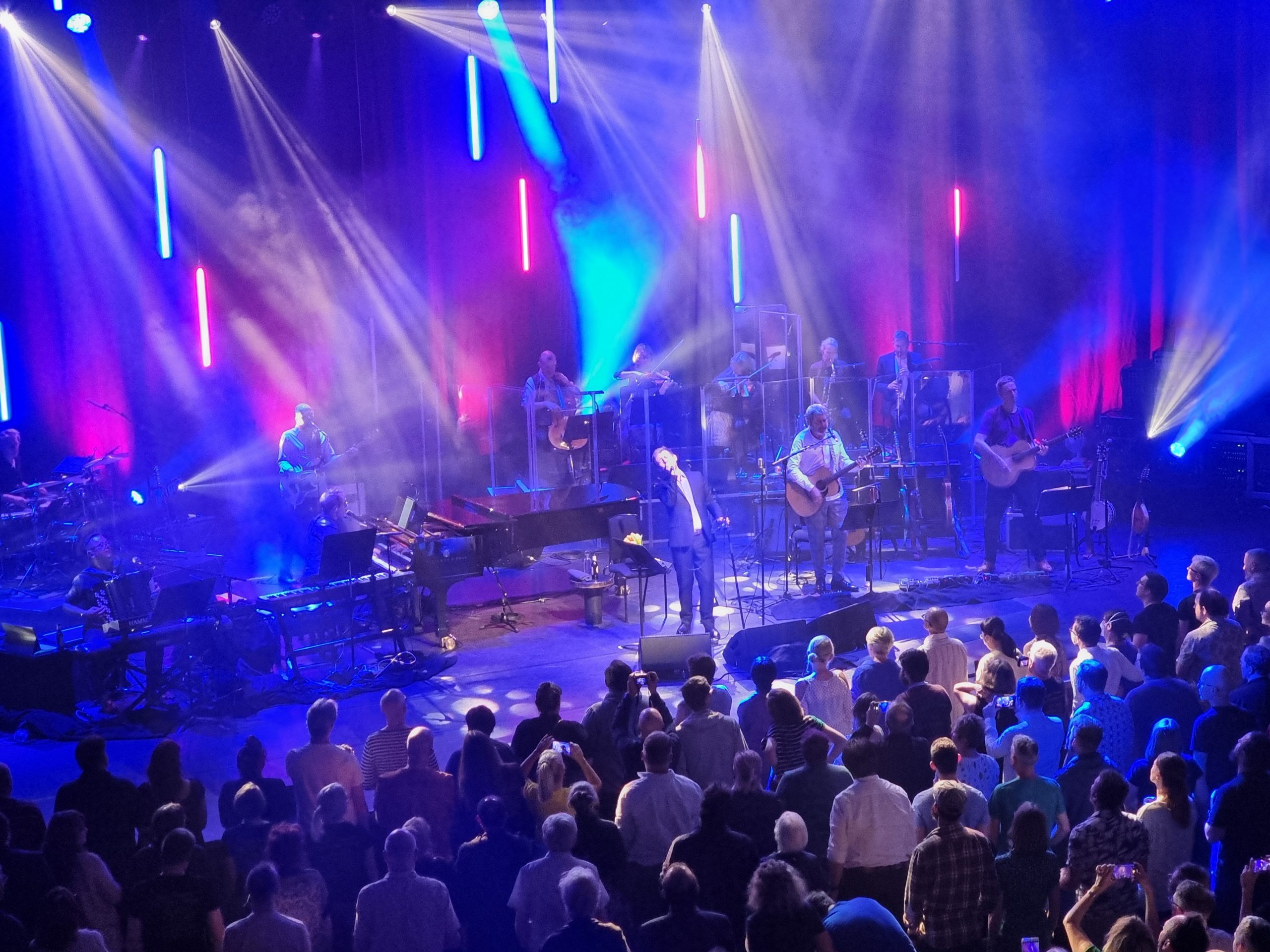