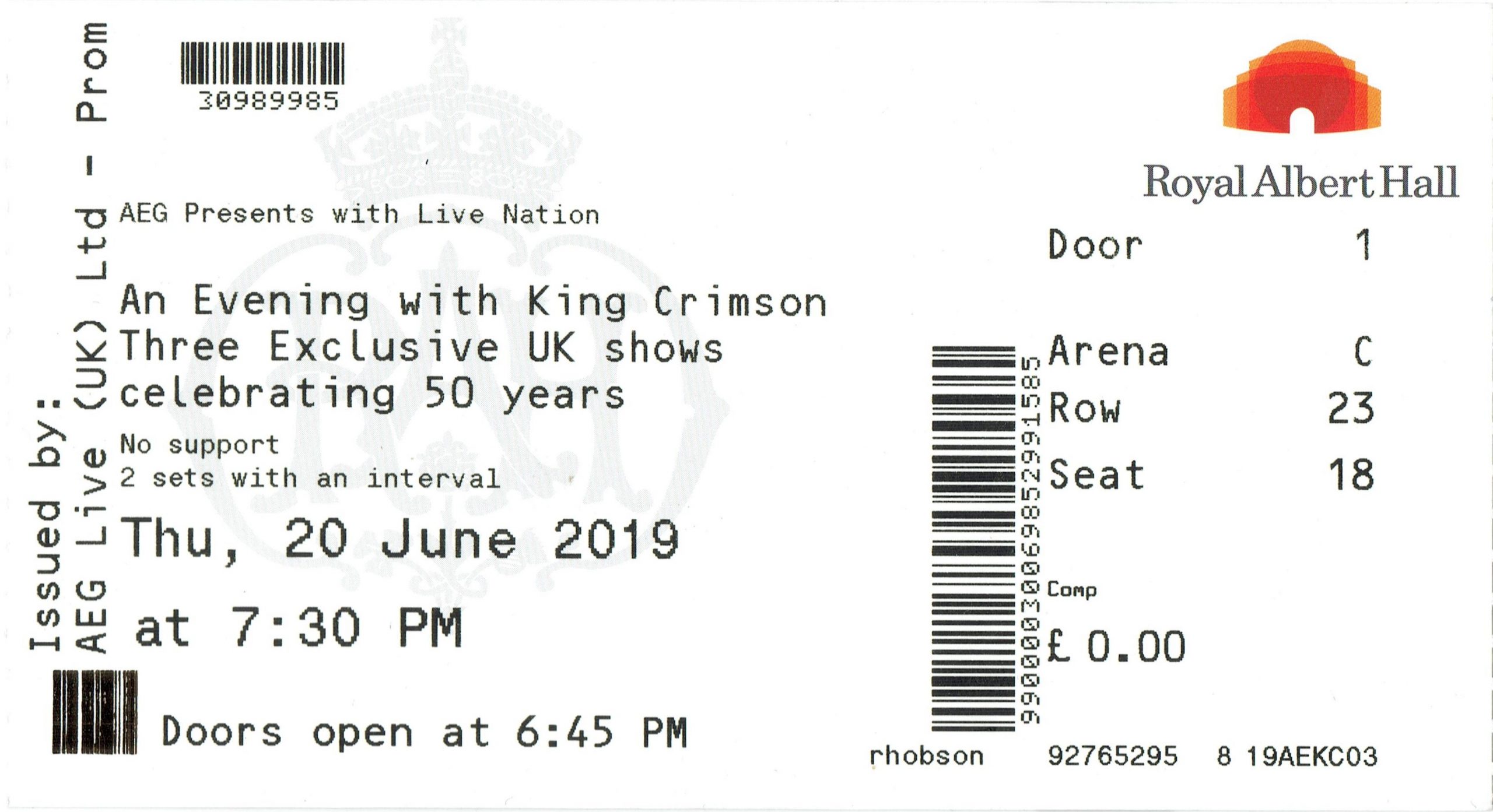 PUT IT AWAY! THEY WILL THROW YOU OUT! It’s 10 minutes before show time, and I’ve just taken my seat and checked my phone for email, which I do for 23 hours every day. A very stern German lady sitting in front of me has immediately turned round and admonished me. Never let it be said that King Crimson fans do not take life seriously.

King Crimson were one of the many bands whose music I started to devour when I was around 16 and playing the guitar more and more, although I never got anywhere close to Robert Fripp’s abilities. I always loved that their main songwriter from the early days, Pete Sinfield, also wrote Bucks Fizz’s Land Of Make Believe, a sugary pop song which was actually intended as a vicious attack on Margaret Thatcher’s policies.

My favourite album of theirs from the early stuff was Islands, despite the misogynistic lyrics of Ladies Of The Road which definitely wouldn’t fly these days. Maybe that’s why it’s often described as the weakest of their early work – but Formentera Lady and Islands are killer tunes. The songs remind take me back to when I was 17, coming home from the Unicorn in Gidea Park after three pints of John Smith bitter, my head spinning around the room. I also loved the trio of albums from the 80s – Discipline, Beat and Three Of A Perfect Pair.

It’s the first time I’ve seen a gig here since Marc Almond in 1992. The other gig I’ve seen here was Siouxsie and the Banshees. King Crimson just seem a little bit more appropriate for this venue.

I was invited to this show as part of the band’s 50th anniversary celebrations, and as I’d never seen them live before I thought it might be rude not to go. I enjoyed it, and found it hard going at the same time. That’s very much King Crimson for you.

The very first photo on this page was taken by me. The others were not! 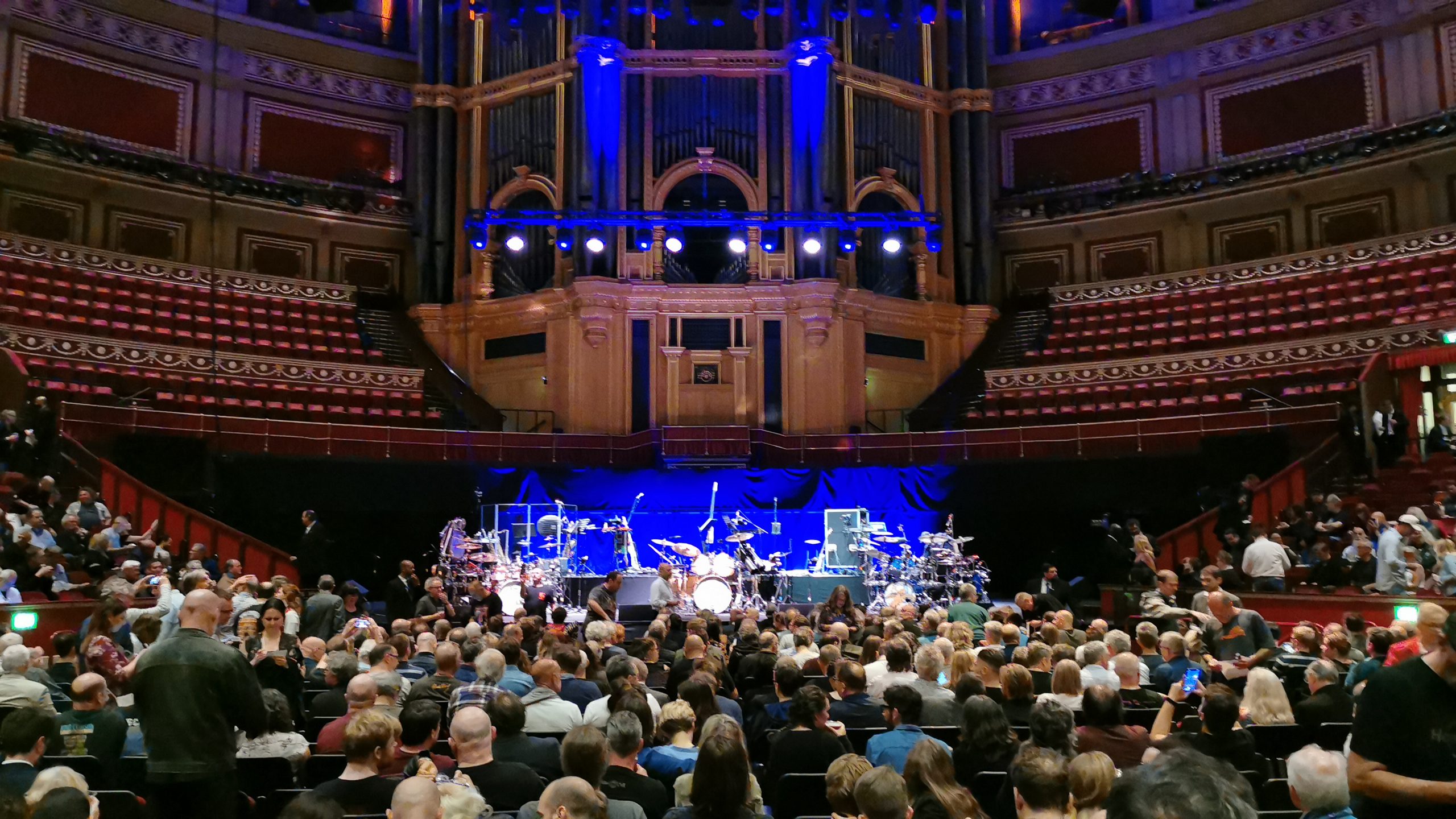 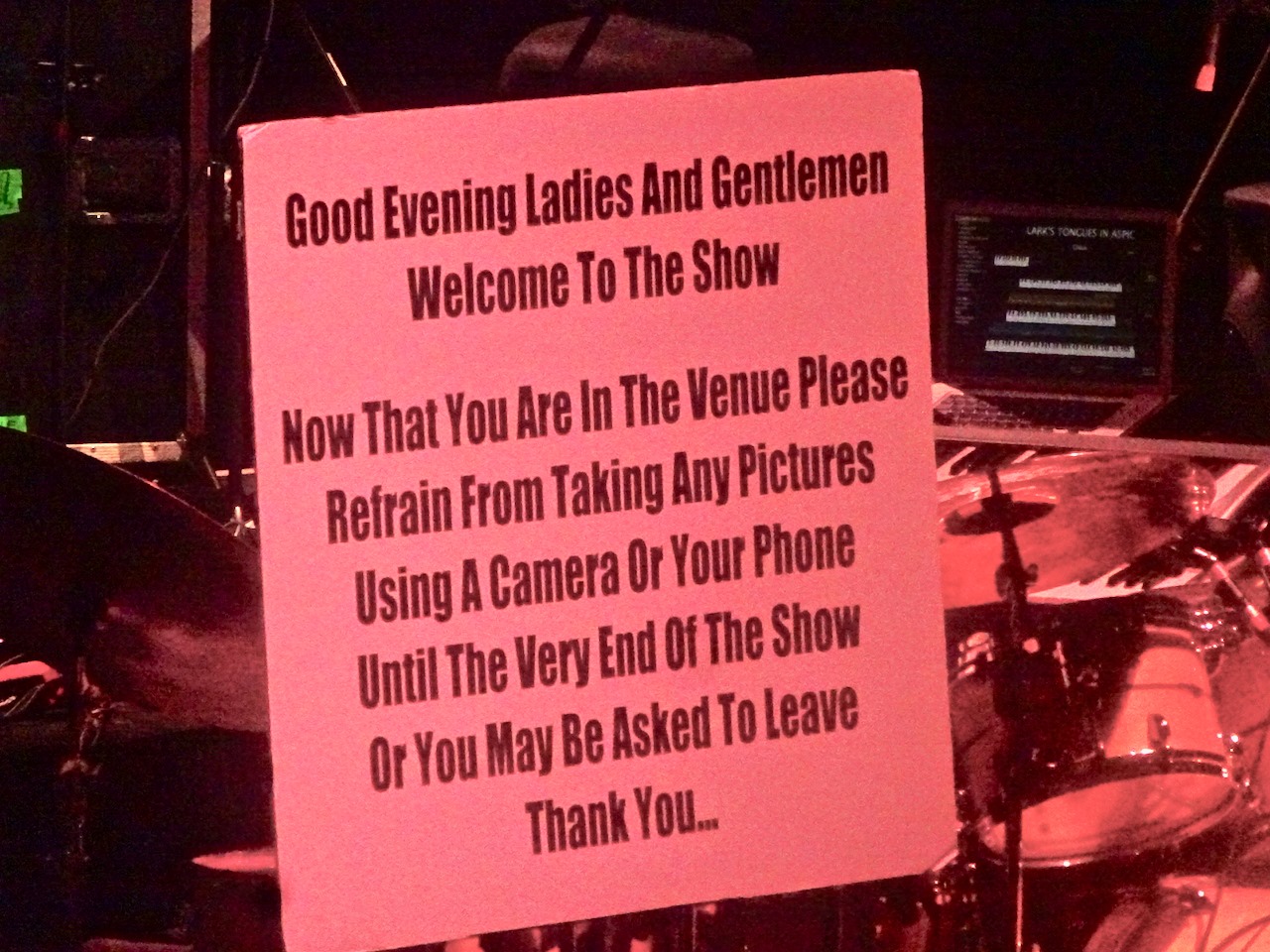 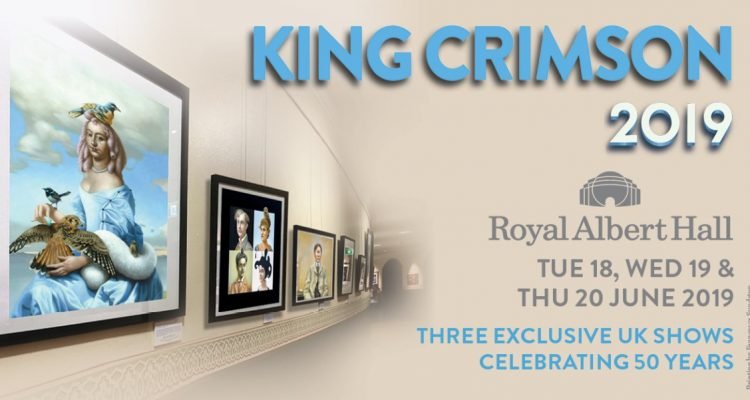 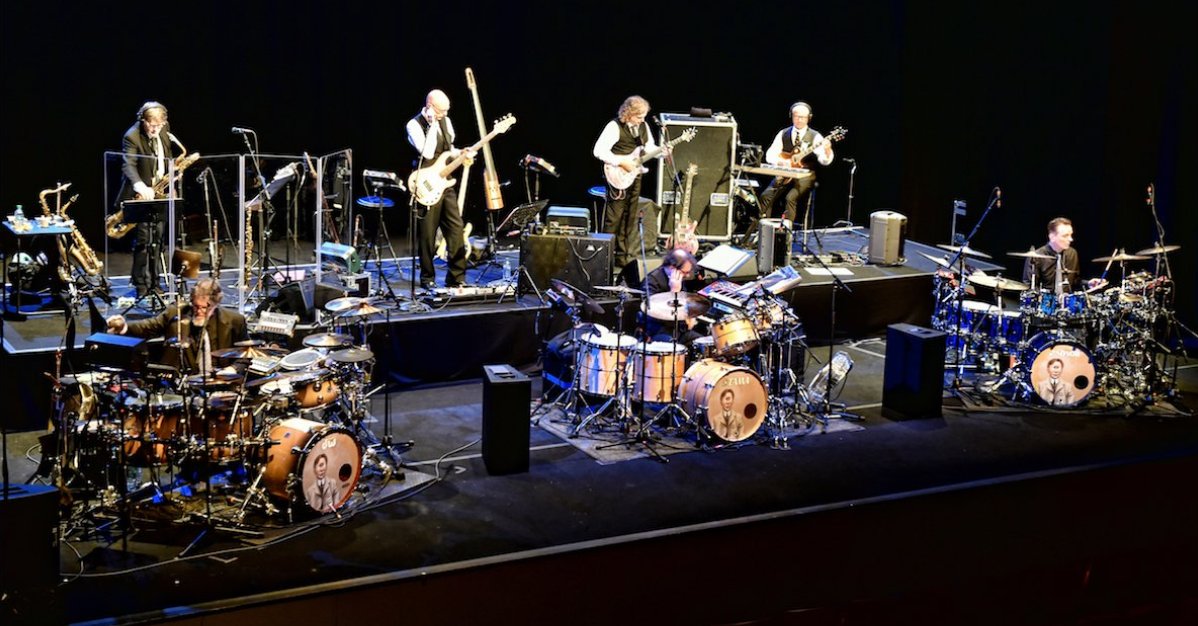 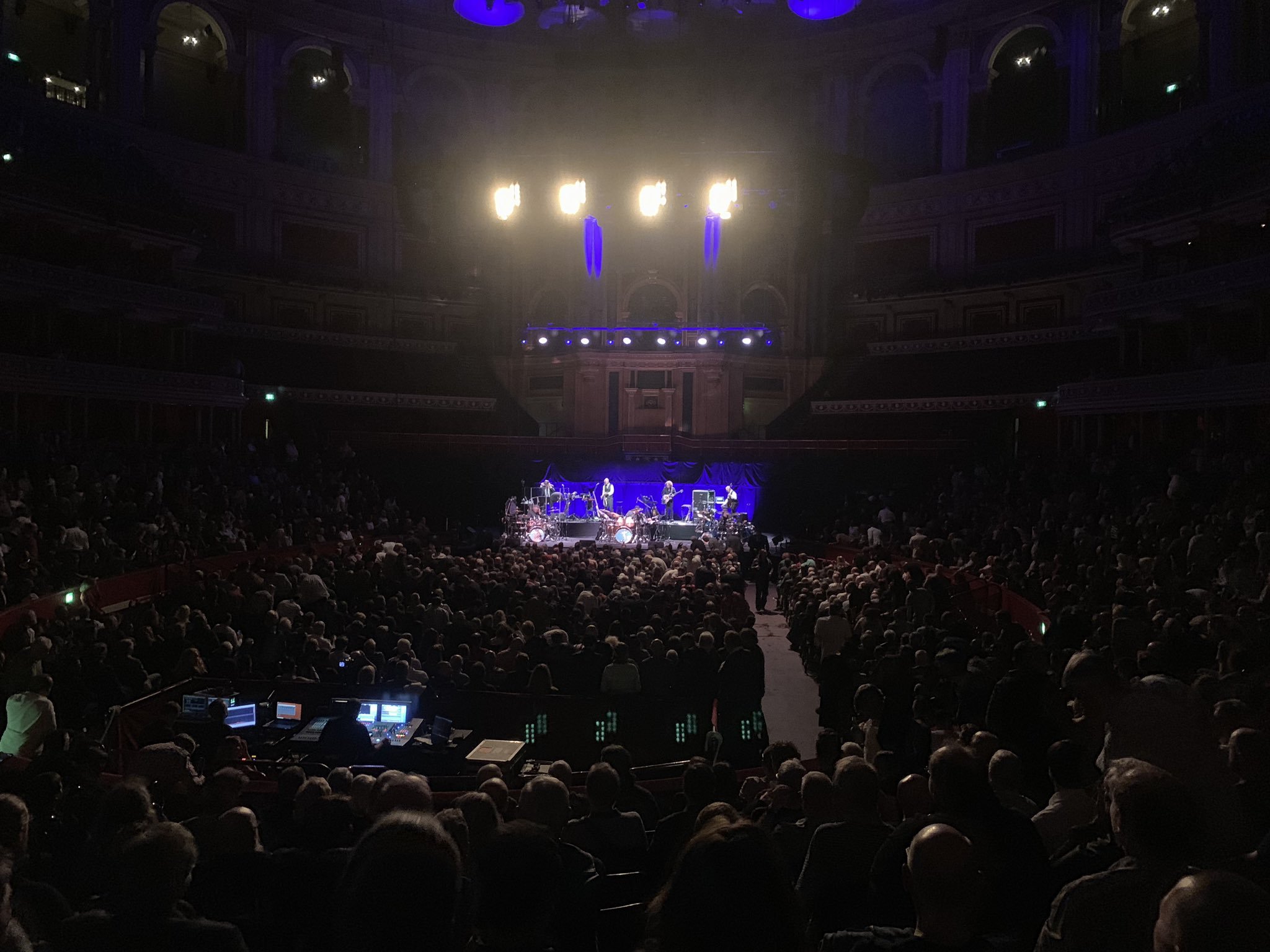 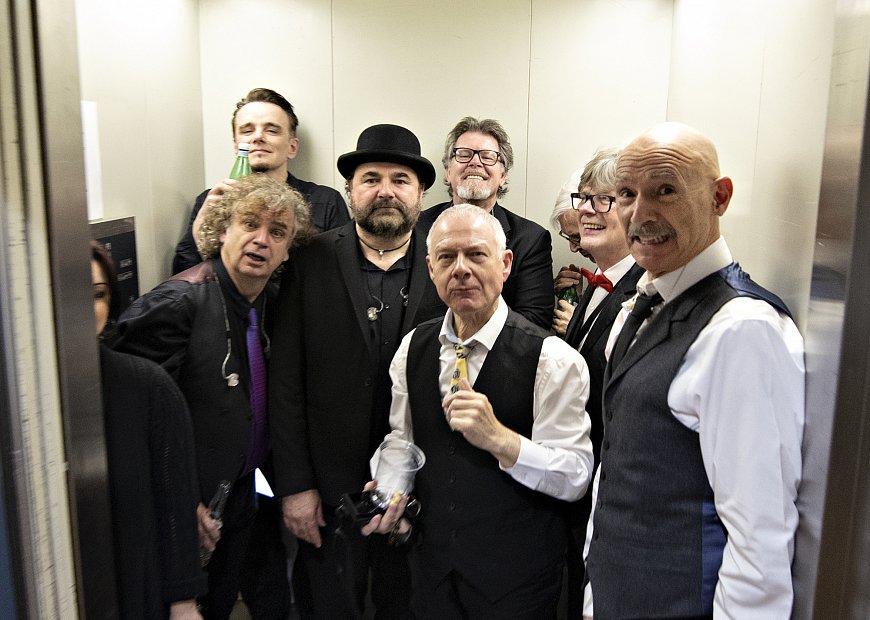 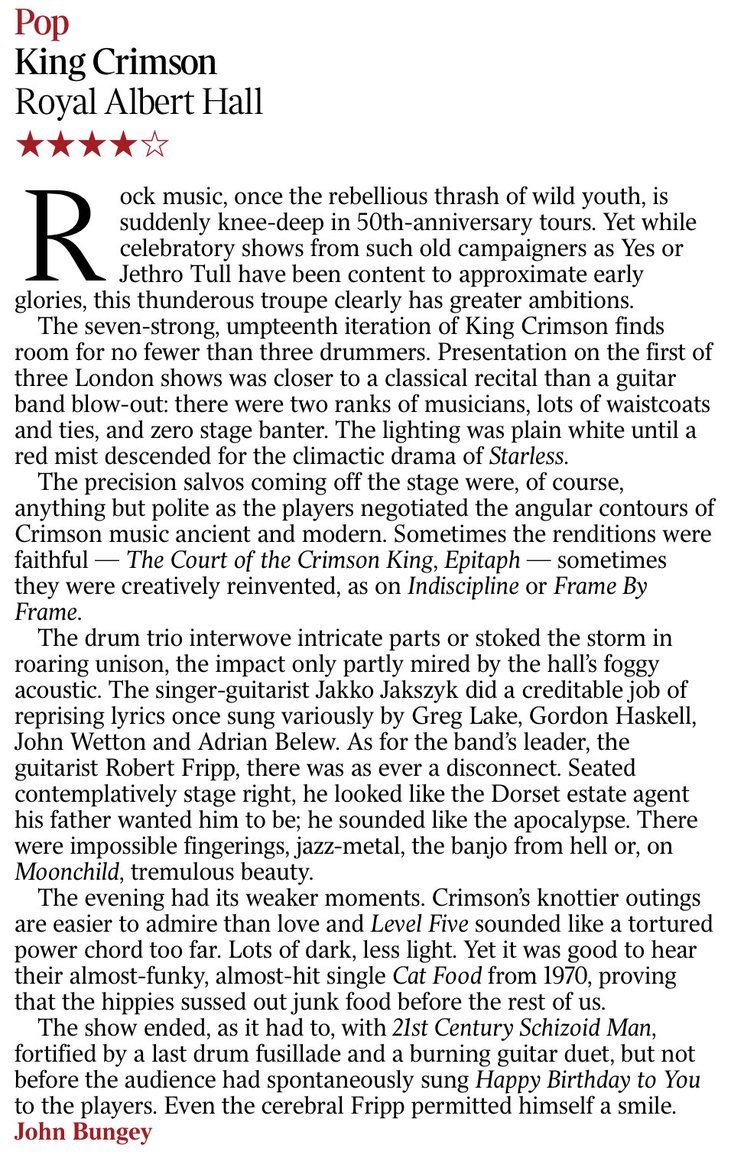