Wow*, where do I start with this? (*no pun intended)

When I was a teenager I did what many people did and consumed a massive amount of music, by listening to the radio all day, making mixtapes and borrowing records which I then taped and played non stop. A lot of my music came from Central Library in Romford and I remember borrowing both The Kick Inside and Never For Ever, taping them and playing them to death.

When I started earning money all of Kate Bush’s albums on cassette and CD were part of my musical spending spree. So I can honestly say that I’ve been waiting for this gig for a LONG time.

She was number 1 on a list of people I wanted to see live since then, but I didn’t expect to get the chance as she hadn’t played live since 1979 and doing shows wasn’t really her thing.

And then this happens. On the day tickets went for sale I sat in my office with three computers on standby, all ready to try and get in the queue. And I got in first time! (My rookie mistake was ordering 2 tickets instead of 4. SO many people asked me if I could get them tickets after that …)

Decided to pay homage to another hero just before the gig, visiting the Rik Mayall memorial bench. He passed away three months ago aged only 56 and I’m still devastated by this. 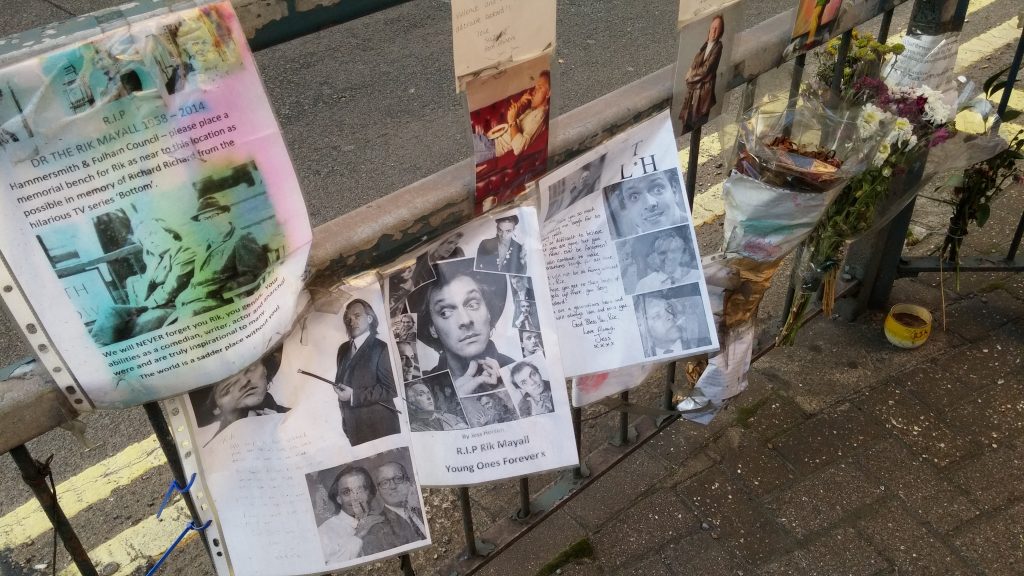 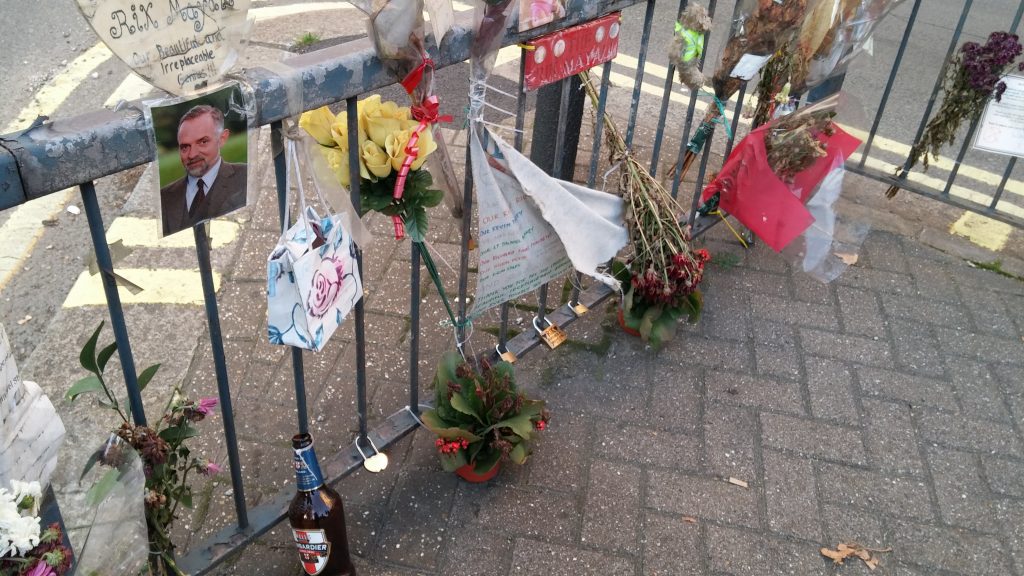 Short walk over to the place that wasn’t my favourite venue but which will have a special place in my heart now as “that place I saw Kate Bush”.

When I got my tickets I saw they were in row E. That’s not bad, I thought – definitely the best I’ve had at the Hammersmith Odeon. And then I get there and find out that they’ve taken out rows A-D to extend the stage and I’m in the front sodding row! 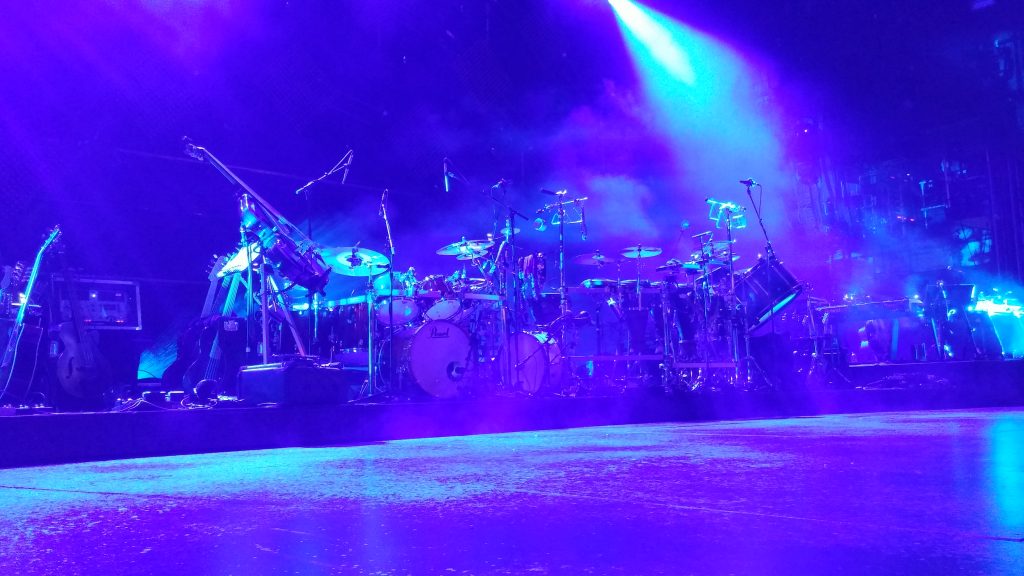 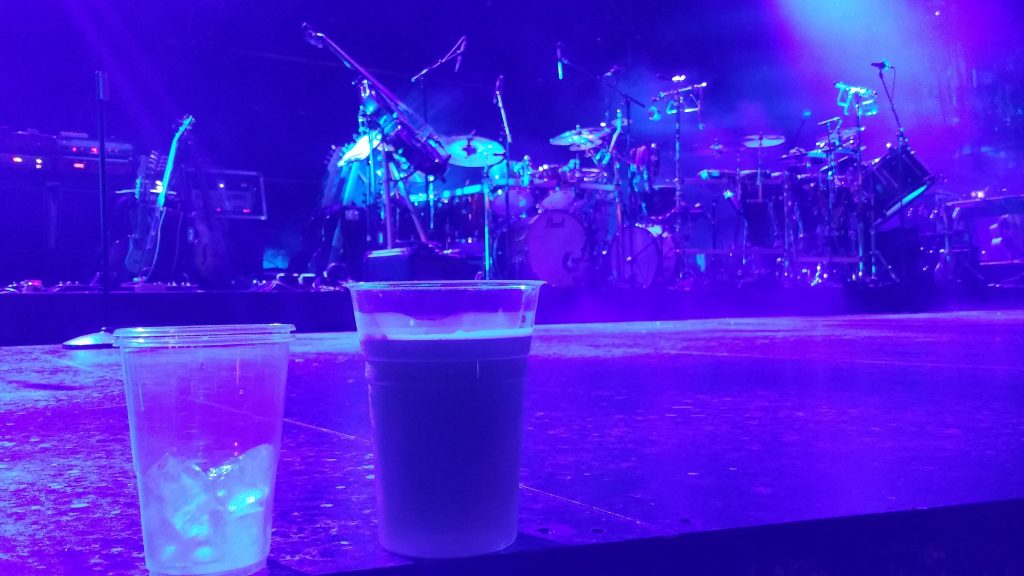 If I had three criticisms it would be:

Yet none of these stopped it being a solid 10 out of 10 for me. I could have watched it all night and all of the next day. Hell, I could still have been there. I kept watching the show thinking – I can’t believe I’m seeing this.

Ironically, for someone in the front row, this was a “no photos or videos please” gig. If I was hidden at the back I might have got away with it. My camera stayed firmly in my pocket. However someone else did take this pic on the night: 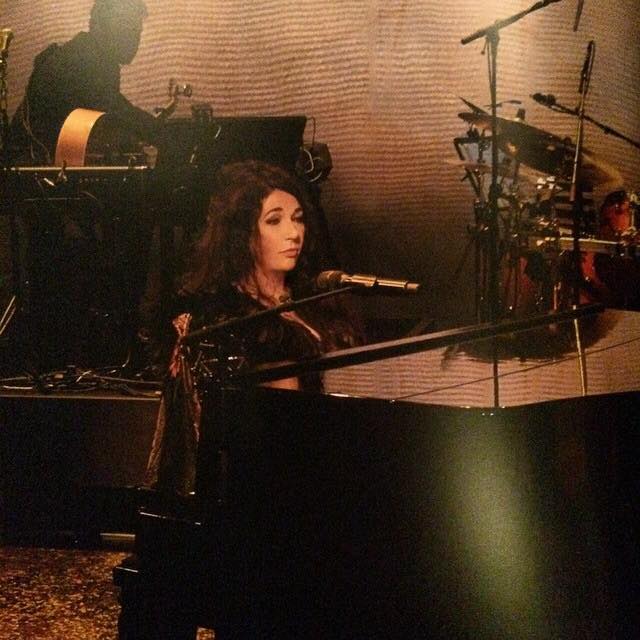