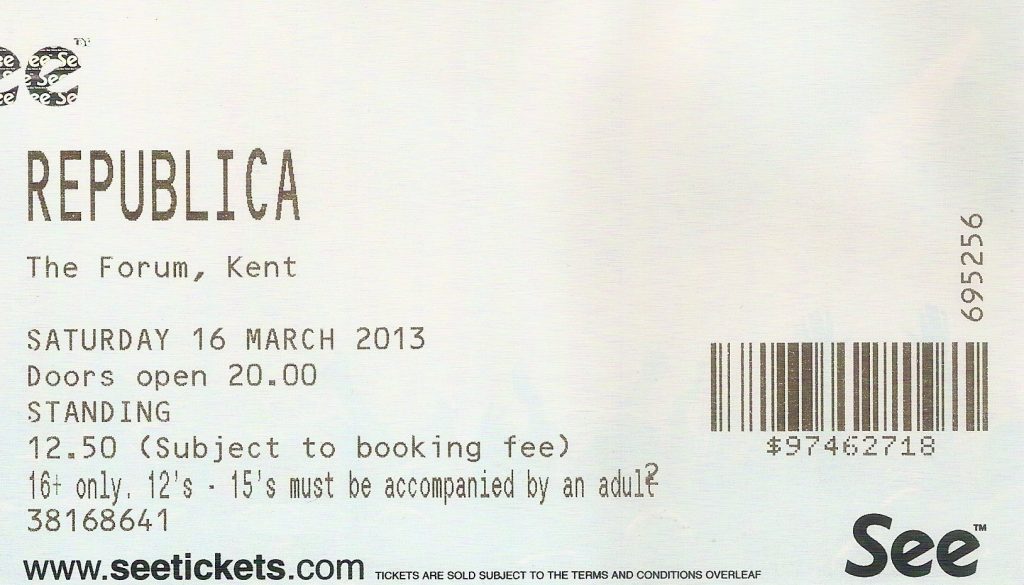 “The Forum, Kent”. What more information do you need on a ticket? Still, ticket no 2!

Back to the Forum in Tunbridge Wells after a gap of a year or so. It’s a great little venue and has a good sound system too, and Tunbridge Wells is way under an hour’s drive from my part of Essex so it’s quicker than getting into London.

Last time I saw Republica about two and a half years ago, Tenek were supporting them then too. That was at the Academy in Islington and tonight seemed to be a much better performance; they just sounded better. More guitars and less synths (although still a lot of synths) than I recall previously.

Republica were sounding fantastic too, a couple of new songs and quite a lot from their debut album, which makes for a good combination. I had a pretty good vantage point near the front for taking photos and video too. Hopefully more gigs from them later in the year and the possibility of a new album too. 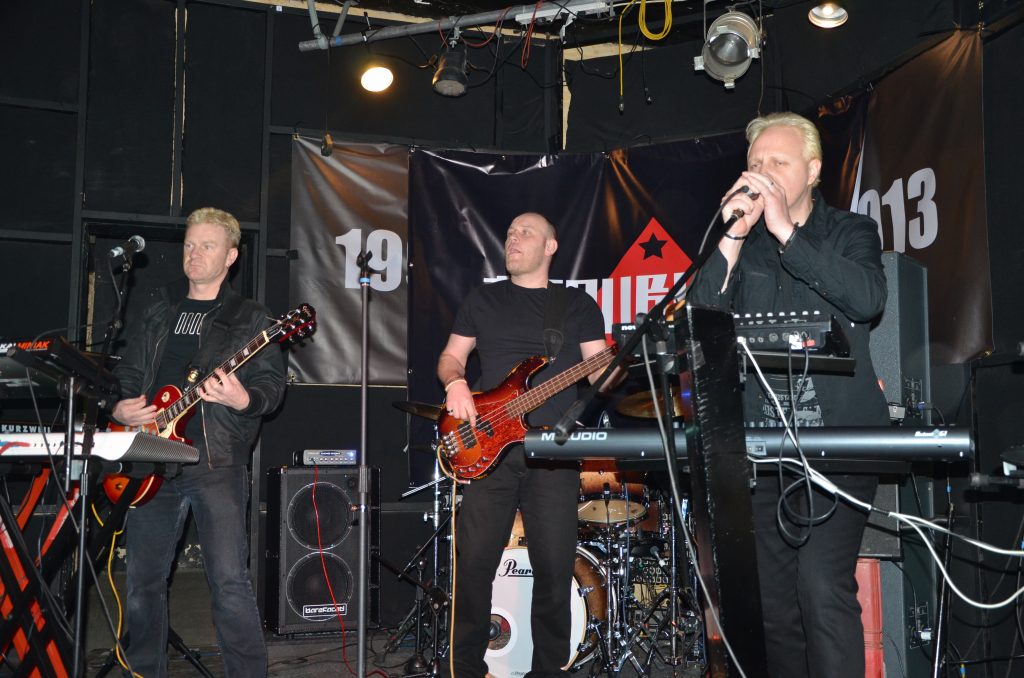 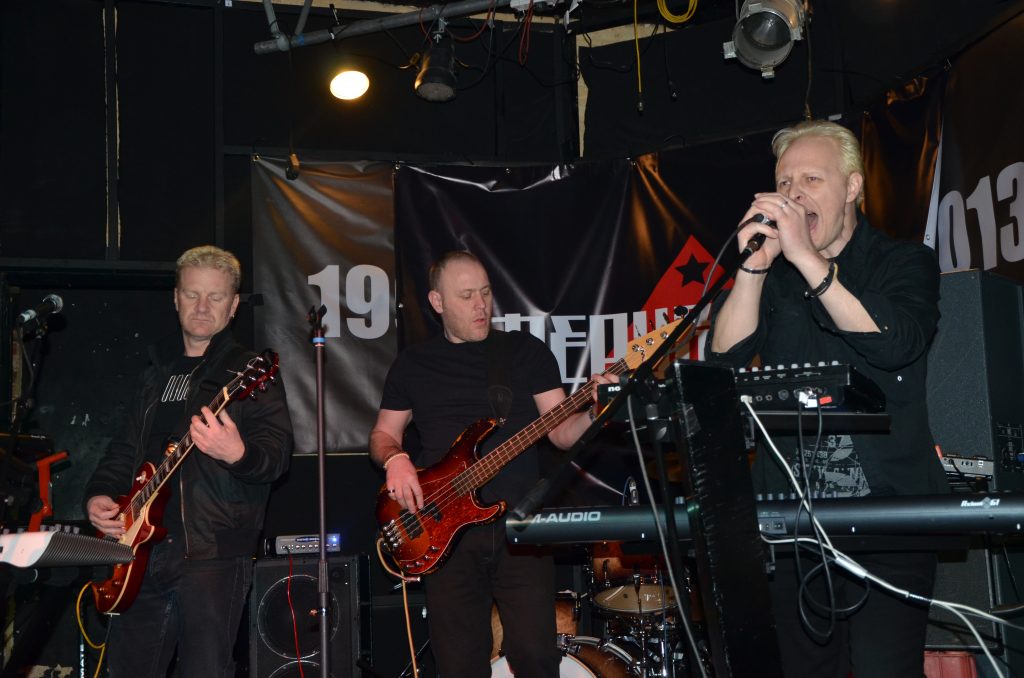 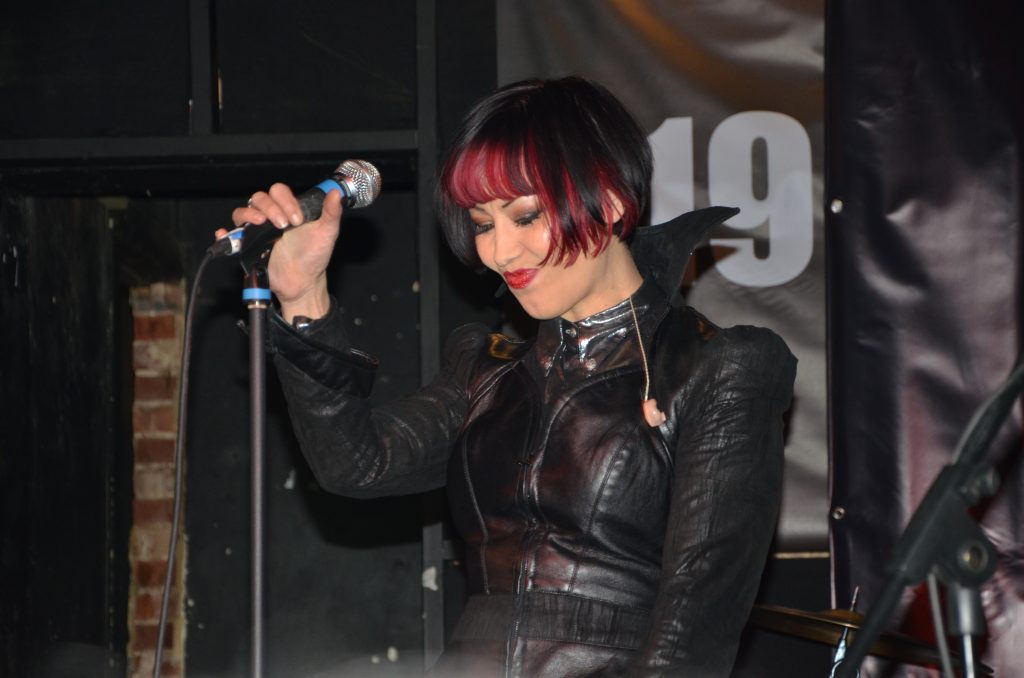 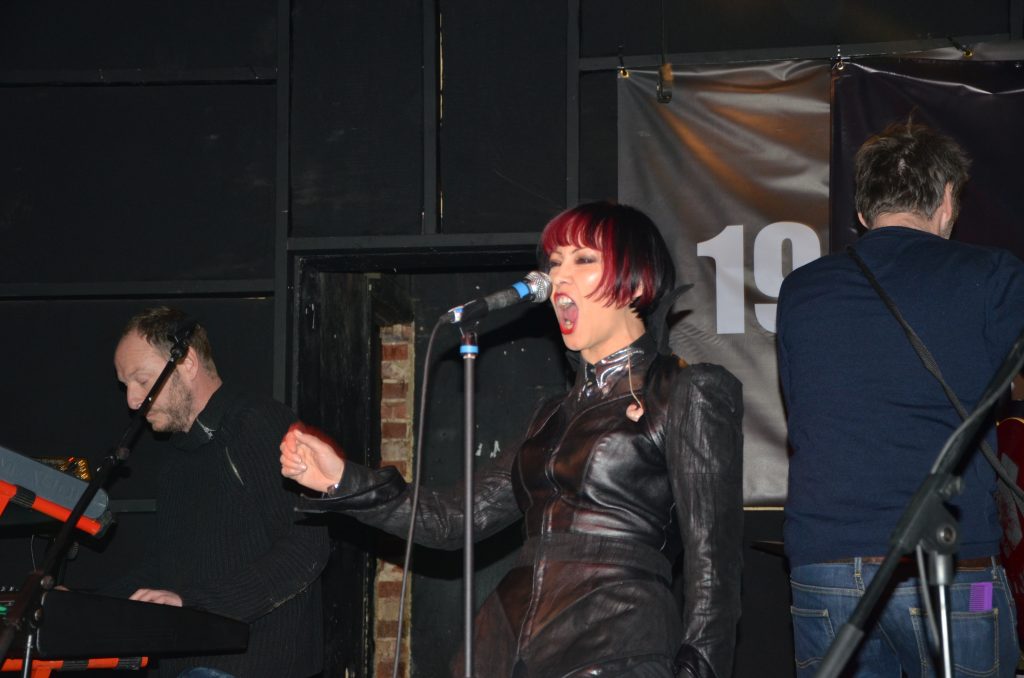 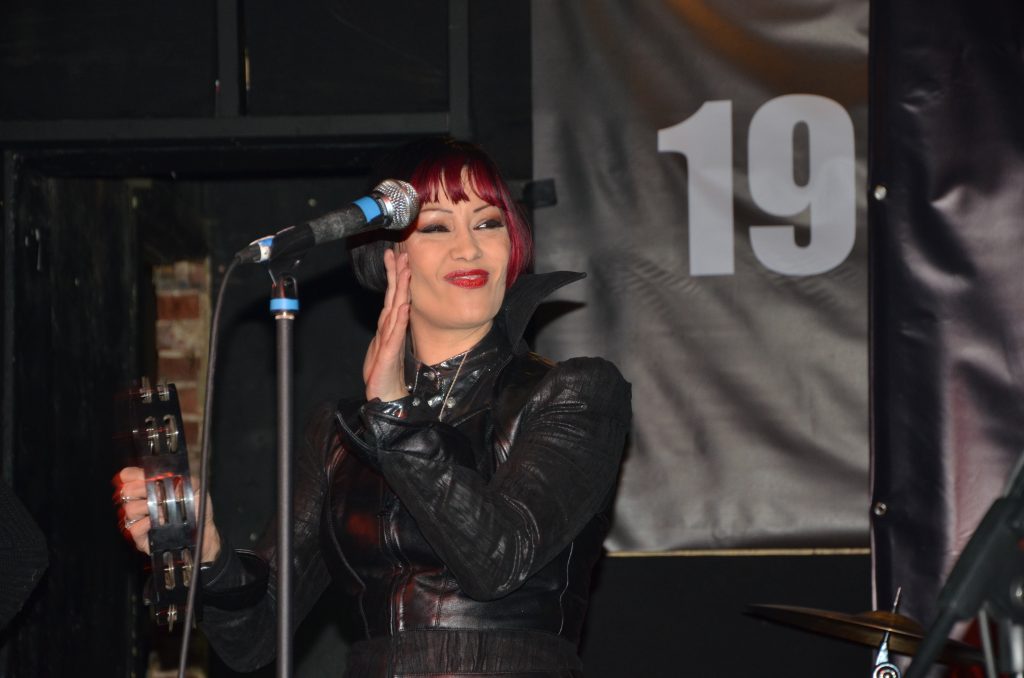 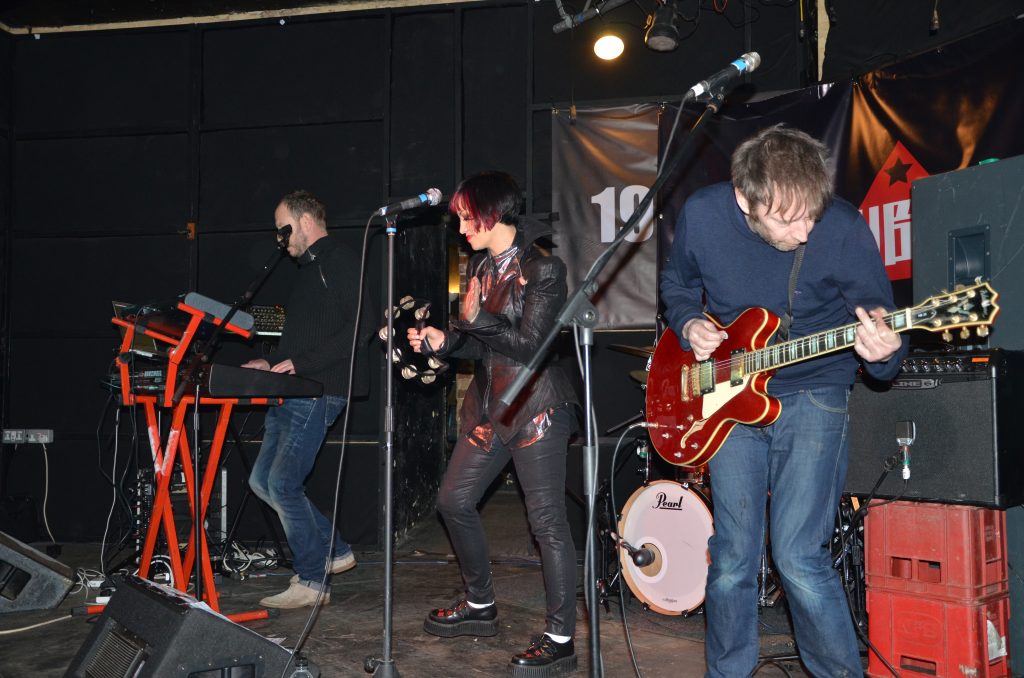 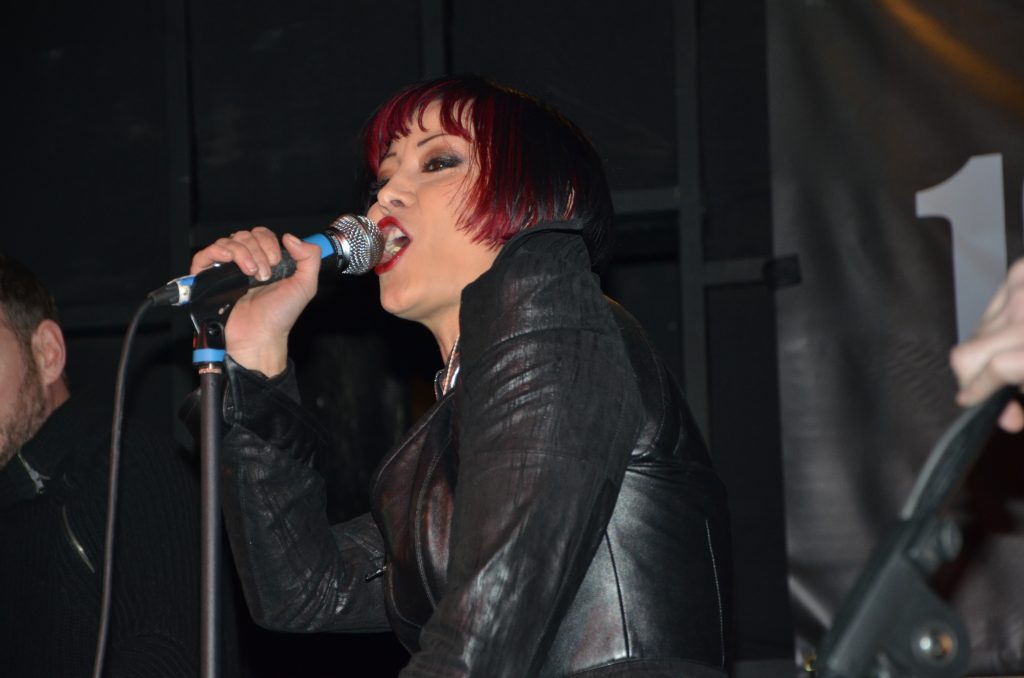 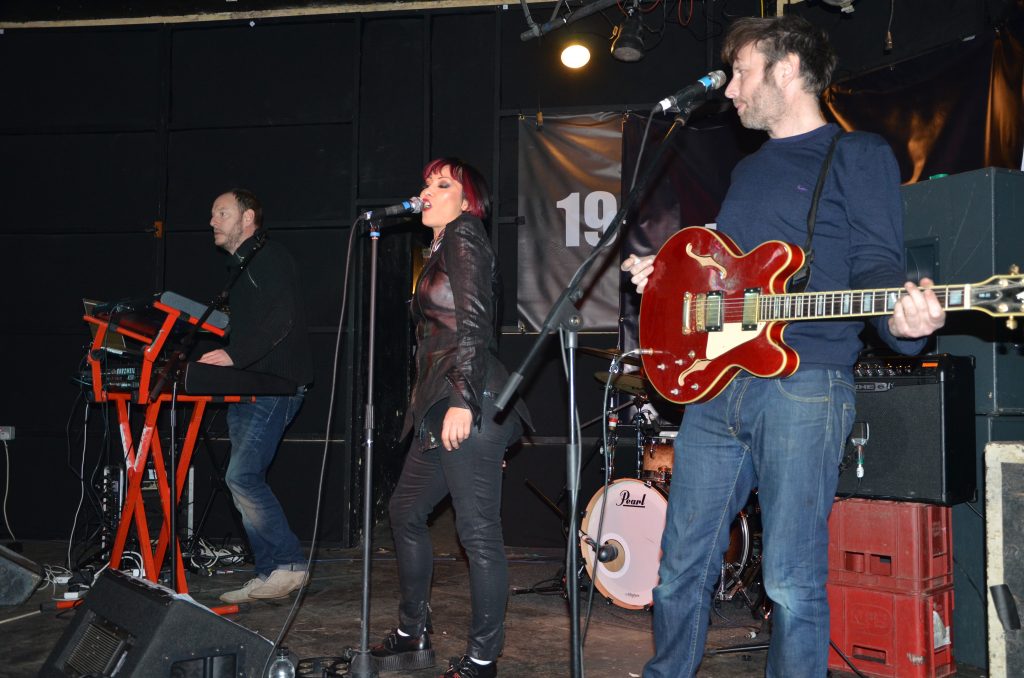 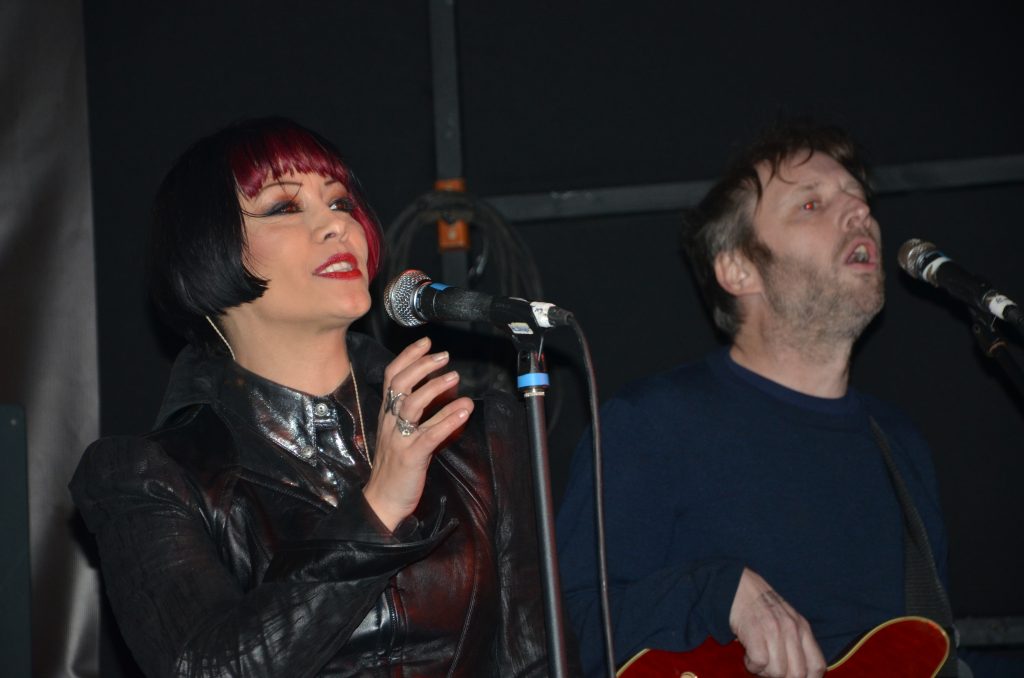 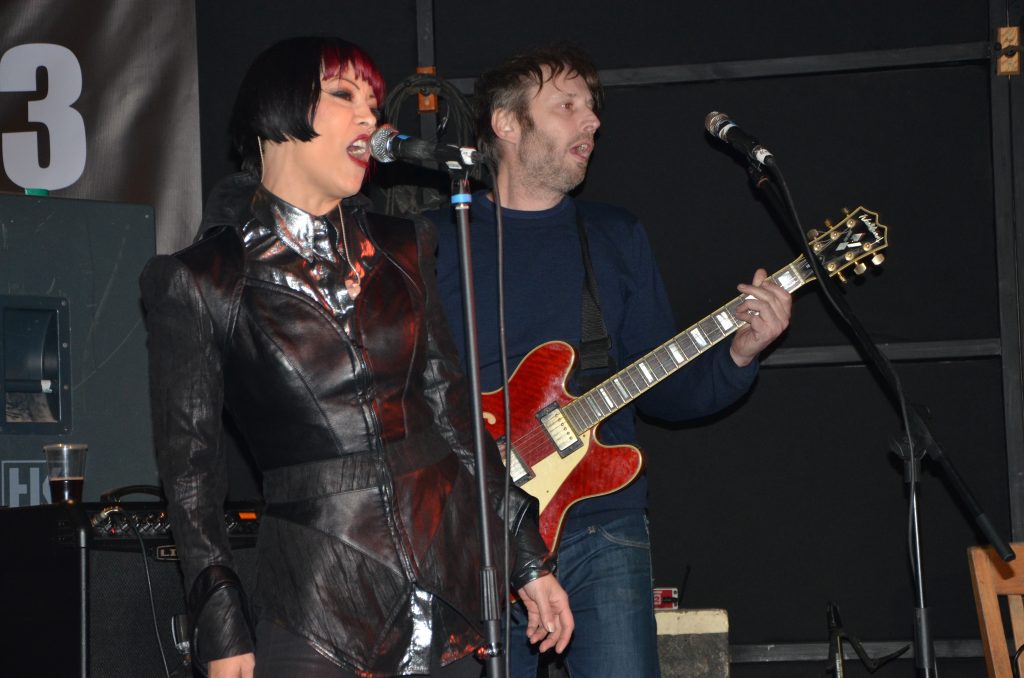 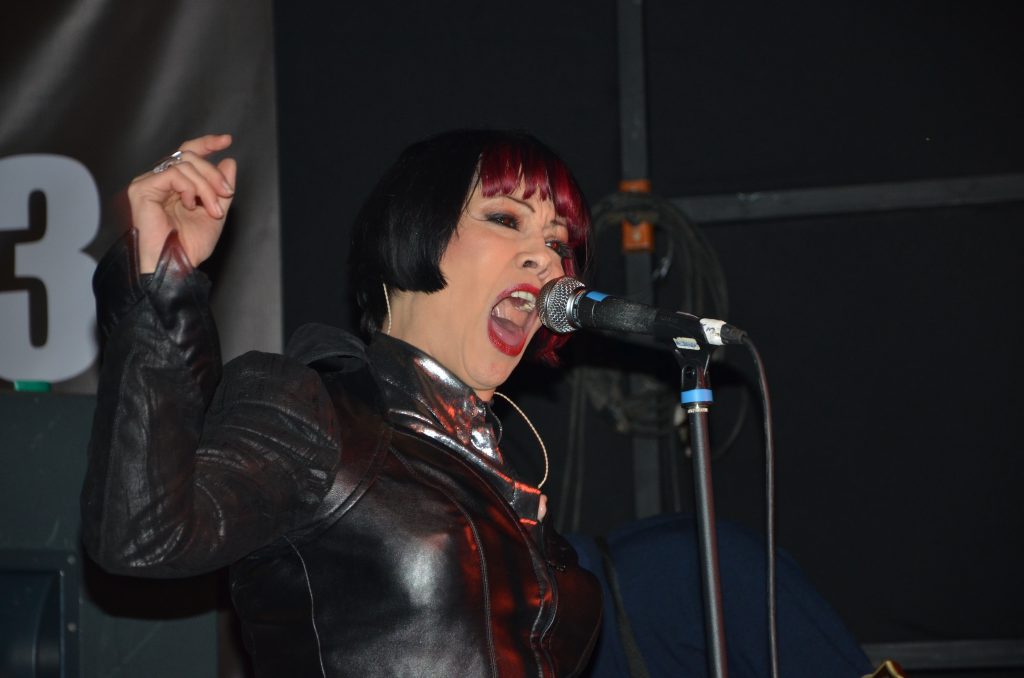 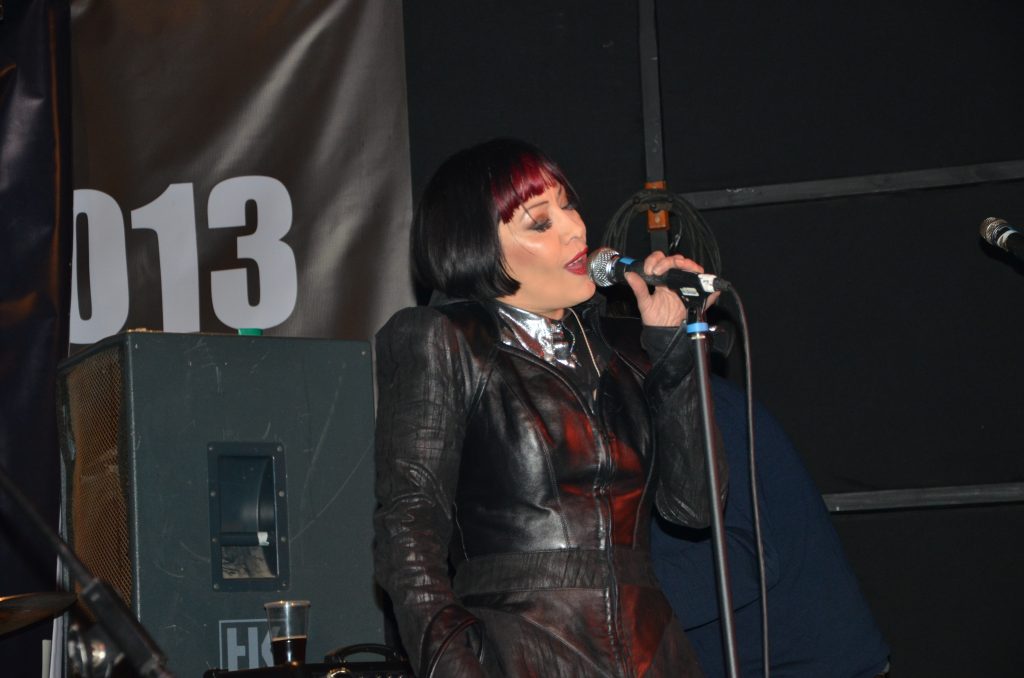 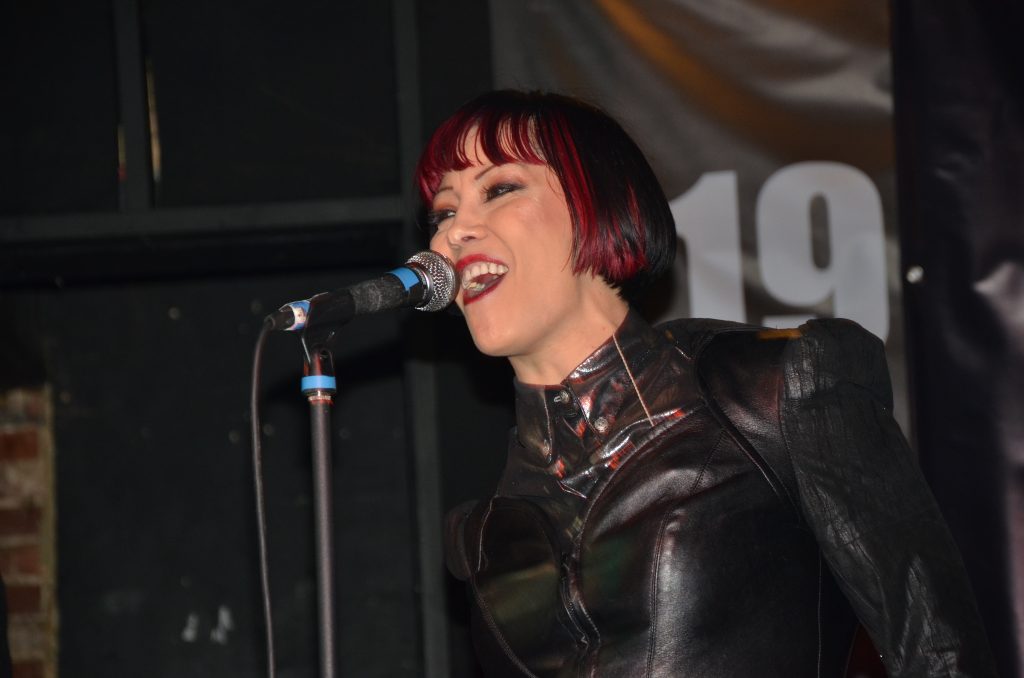 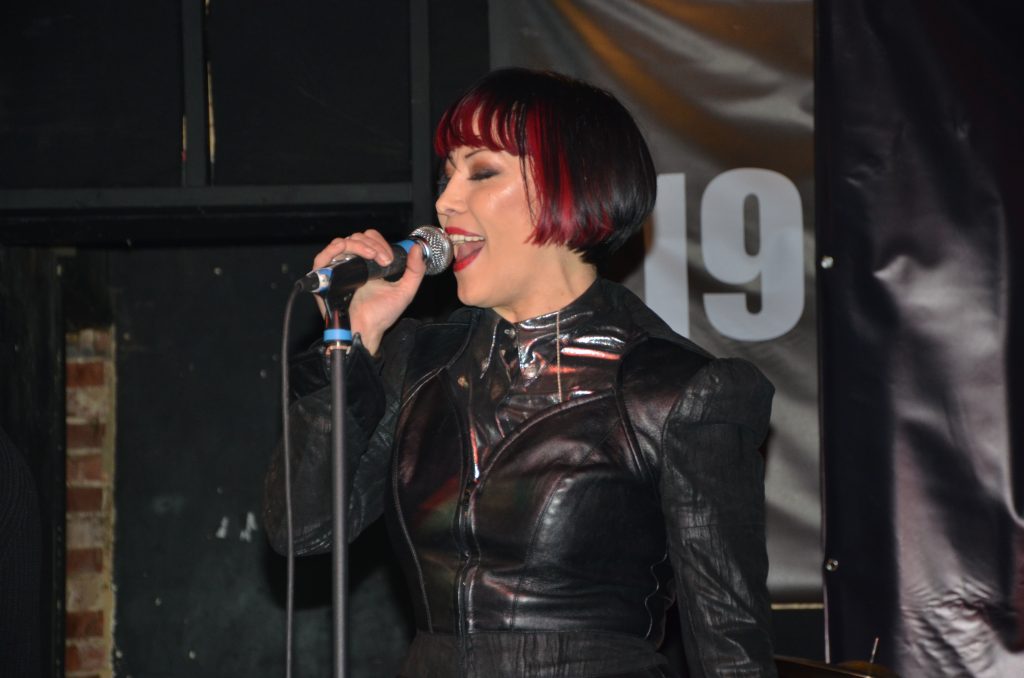