Jonny Cola and the A Grades, Los Pepes – The Square, Harlow

One band put a lot of effort into their logo. One just found any old font, and one used a 1970s calculator.

Good gig tonight – I always like going to the Square, despite being a concrete box on an estatey part of a new town. I think that just adds to its charm for me.

Jonny Cola and the A Grades were launching their second album “Spitfire” with a mini-tour and played a great set. And I did an interview with them beforehand and got the obligatory backstage-sitting-on-a-sofa shot of them.

Los Pepes were much more of a straightforward rock band, no glam or nothing, but no worse for that. TI think I’m right in saying that the singer also ran the Square, so they played there a LOT of times before it was demolished.

There was a headliner, but I didn’t hang around for them, stupid early mornings … the Ladykillers sounded quite good, having checked them out on Facebook, but I was just too tired, sorry! 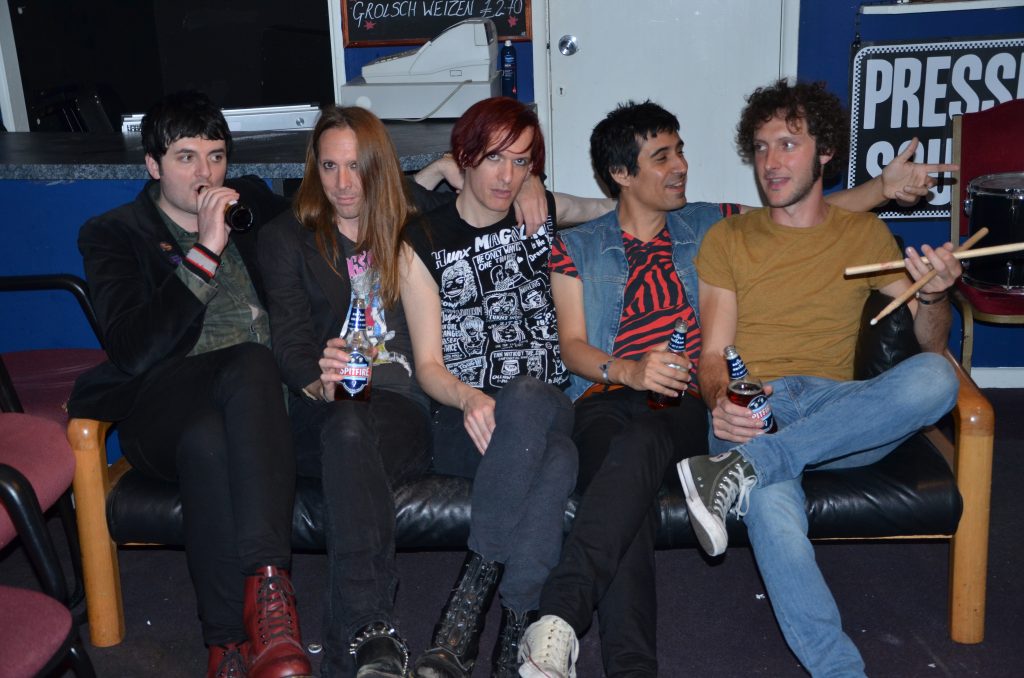 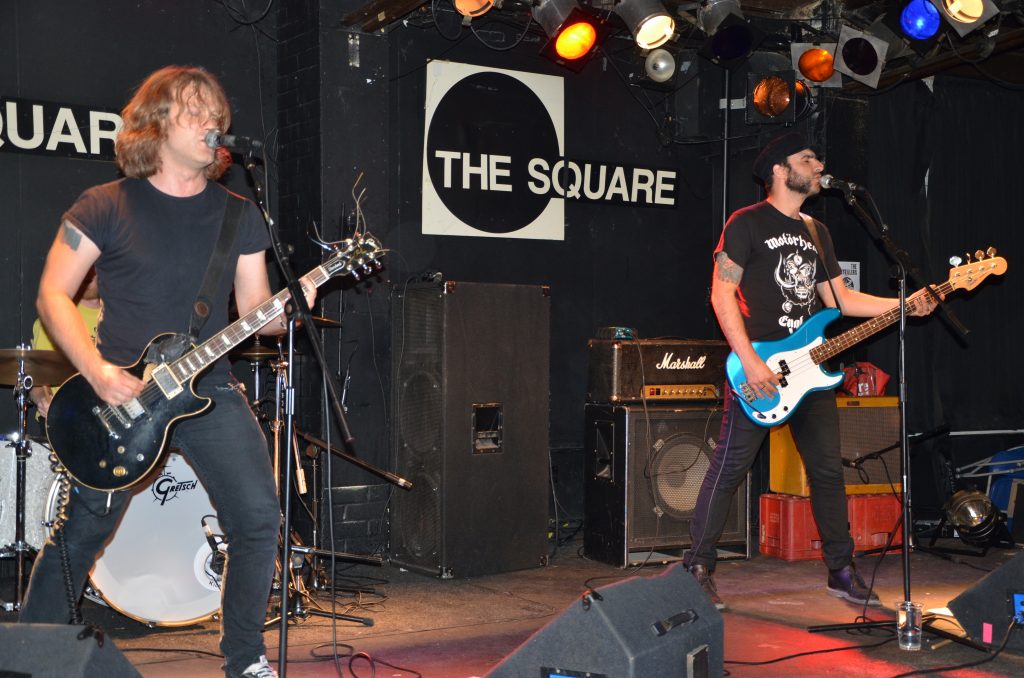 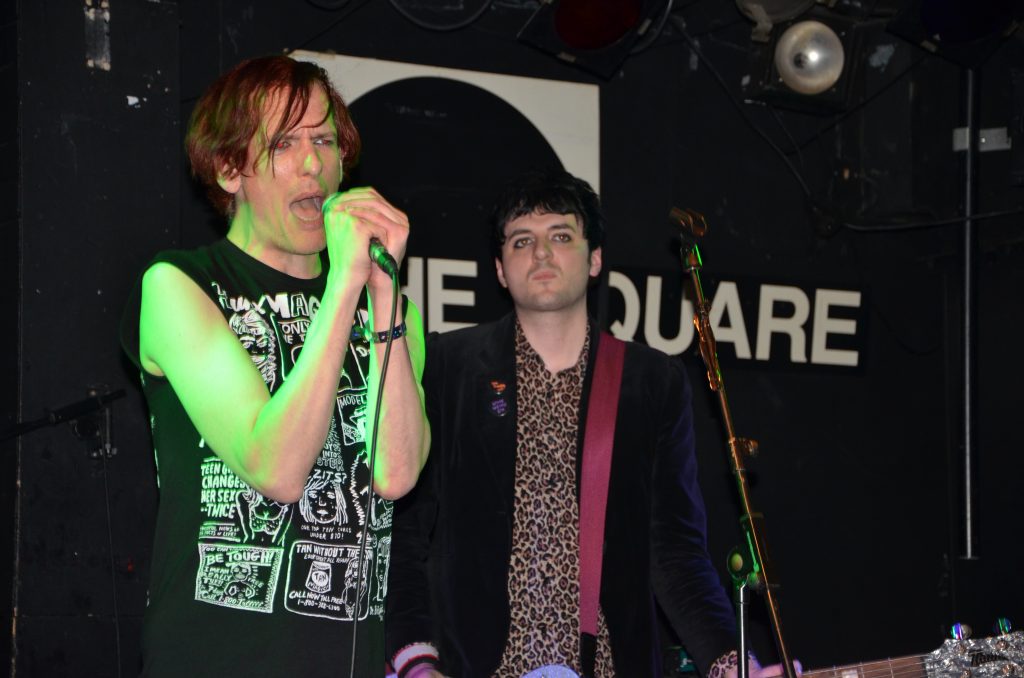 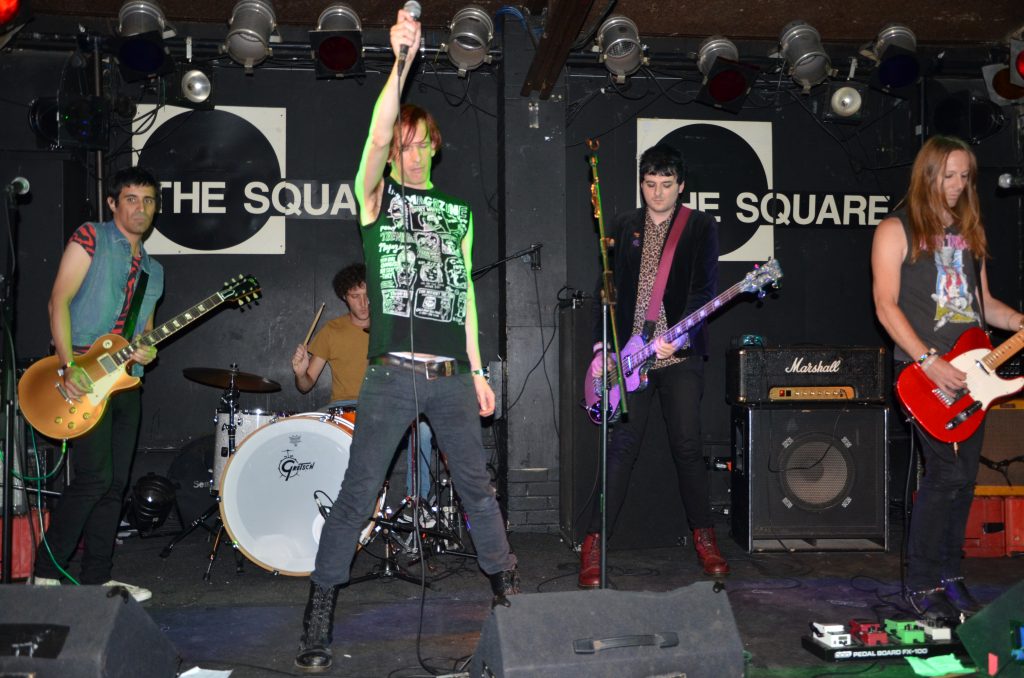 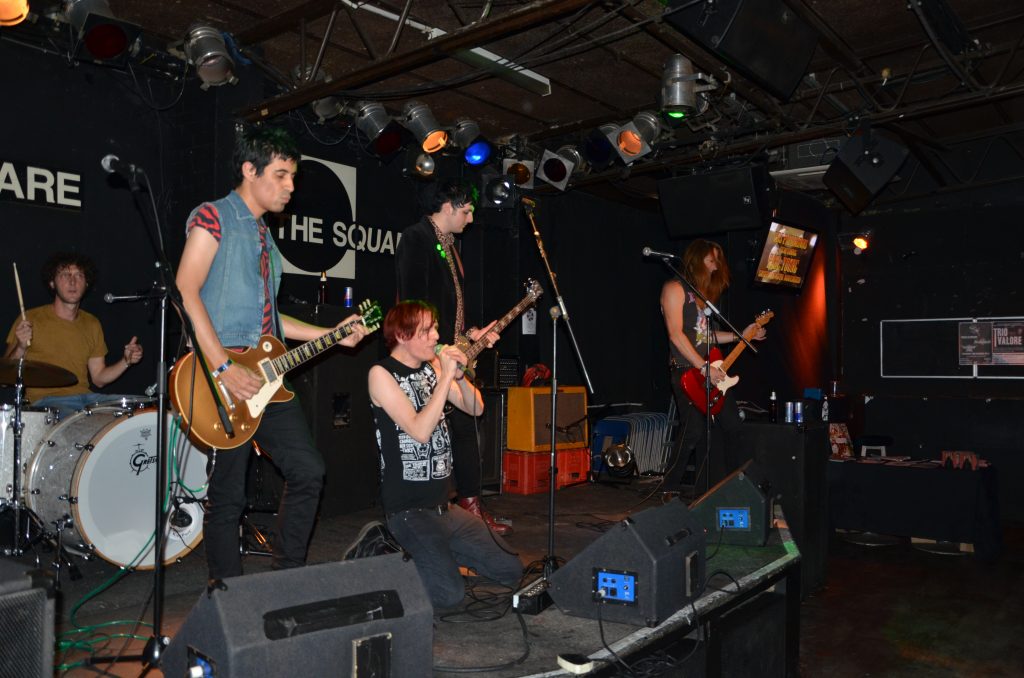