Just idly rummaging around Facebook – as you do – I found the extraordinary news that not only were Mika Bomb back and playing gigs again, but they were playing one in Southend this very night!

I’d enjoyed listening to their stuff in the early 2000s but they were one of those bands who disappeared before I got to see them live. I also heard numerous stories about their impeccable rock and roll credentials from a well-known star of the indie firmament when I went out drinking with him one summer evening in 2005 but I’d forgotten most of them by the next day. I doubt I’d be able to publish any of them anyway.

Found out that the stage time was after 10pm which allowed me to watch most of Battle Stage 2 in Brentwood and then zoom down to the Railway Hotel.

In the end they came on about half an hour after that and ran through an hour’s worth of material. Due to the odd layout of the stage (erm, there was no stage. They were just playing to the side of the bar) I found myself close to the band. Very very close in fact, too close to take videos and pictures properly! But moving back was out of the question, because I would have seen nothing – and judging how close I was I really shouldn’t be complaining. 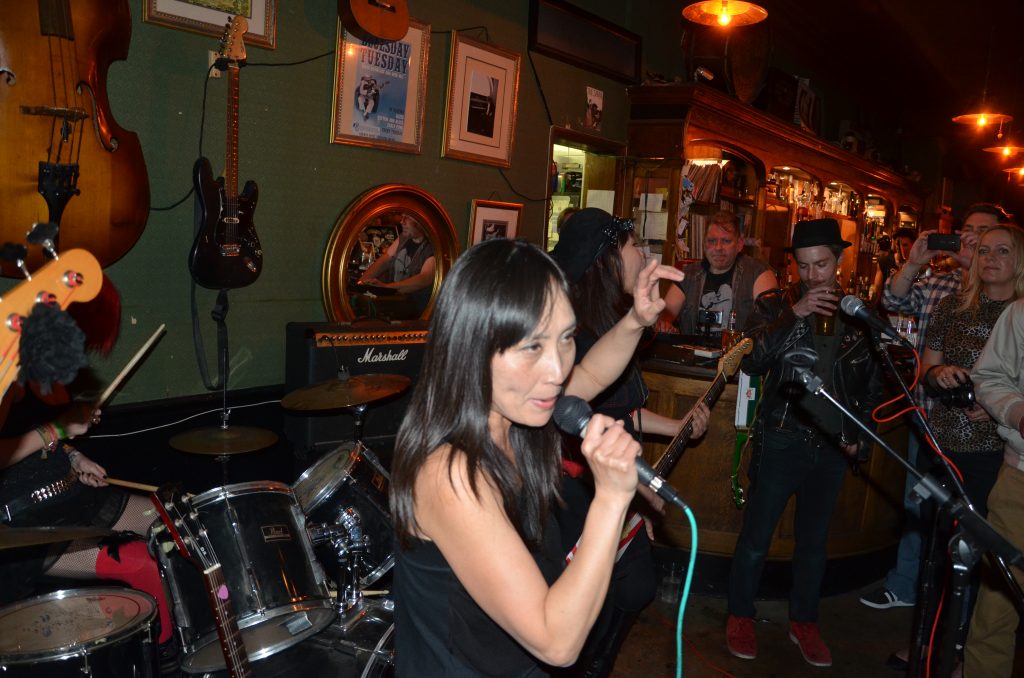 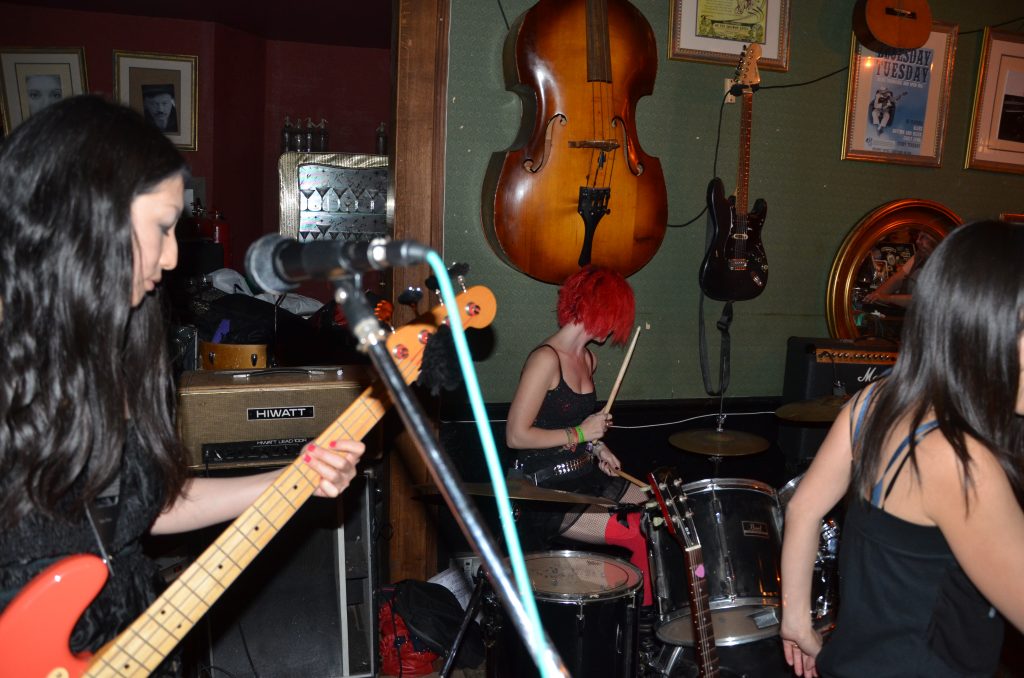 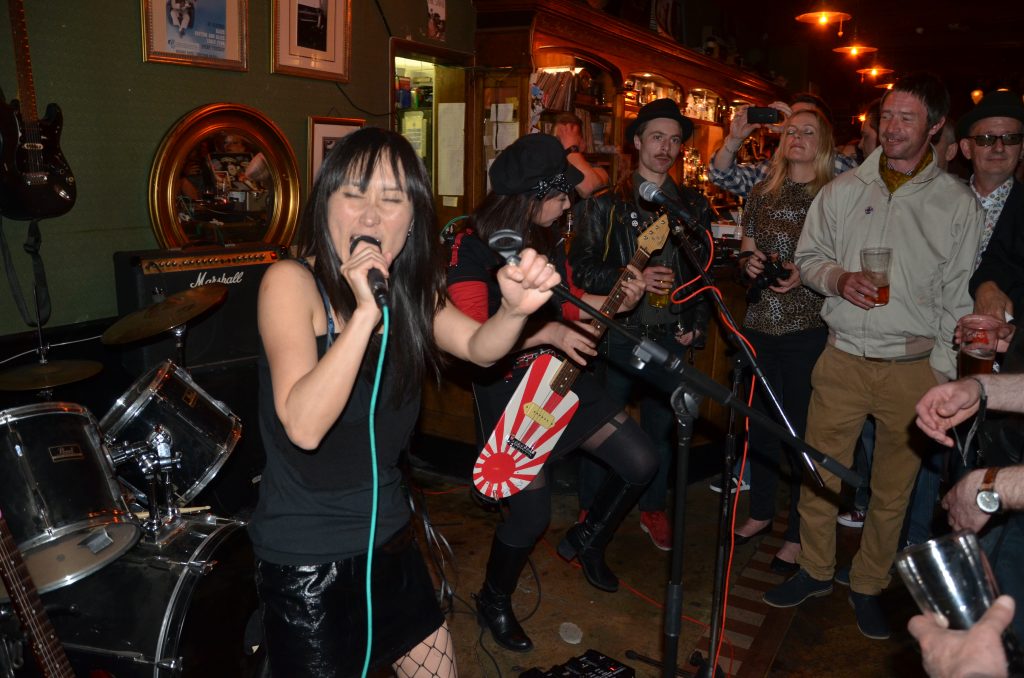 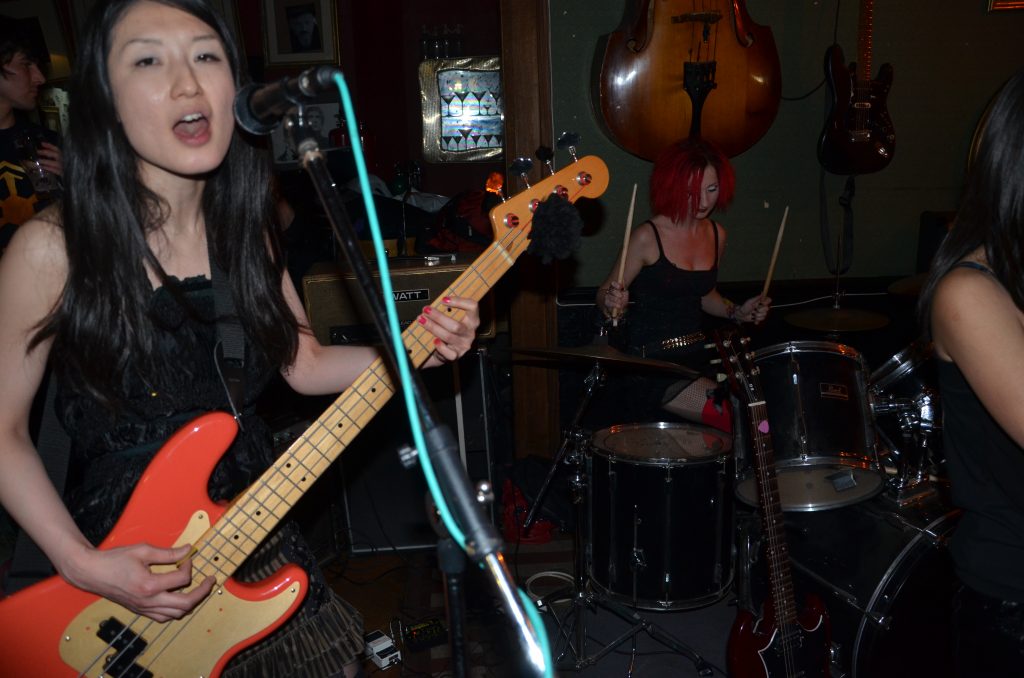 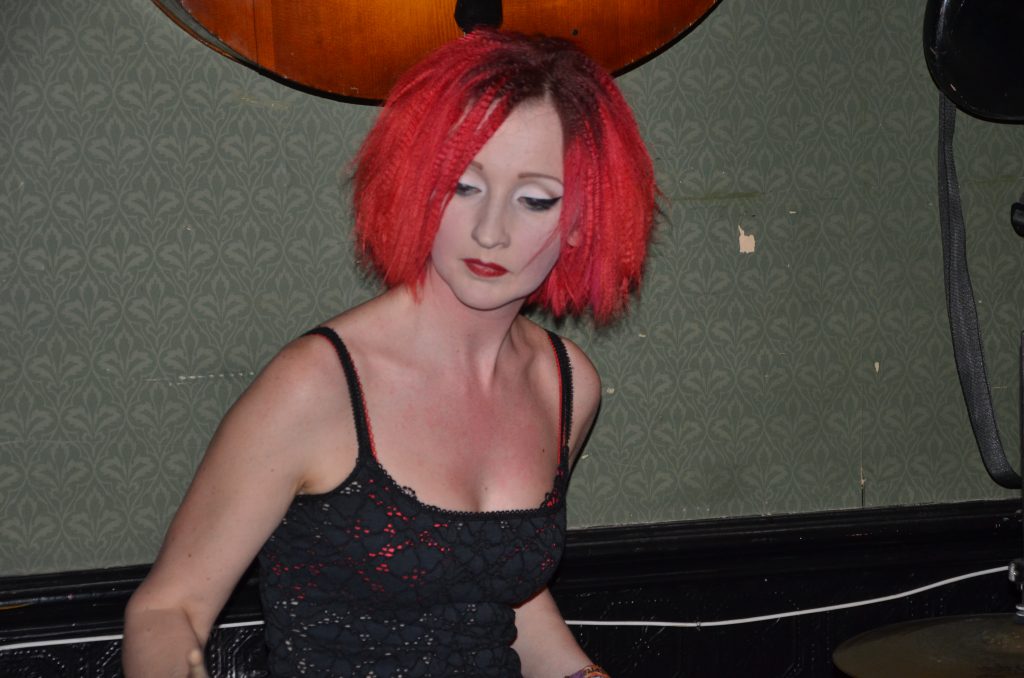 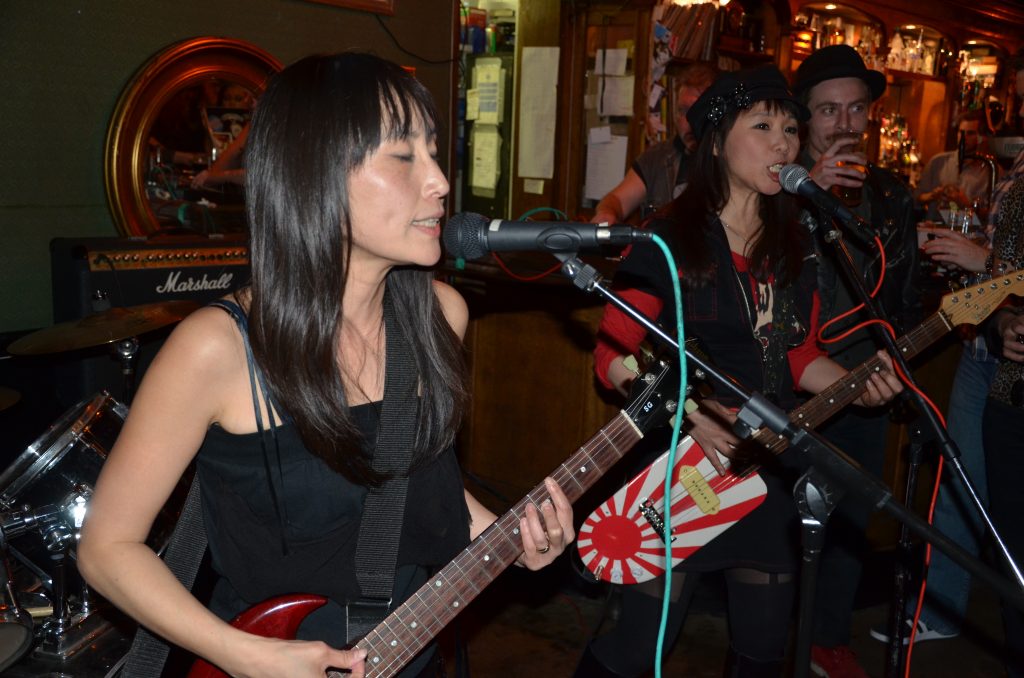 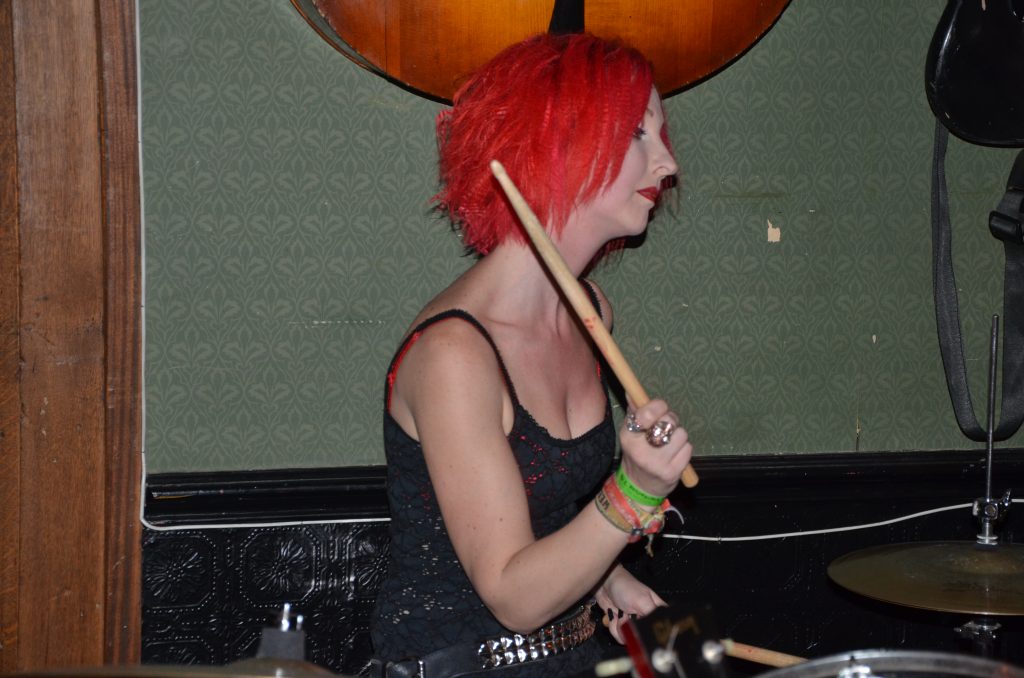 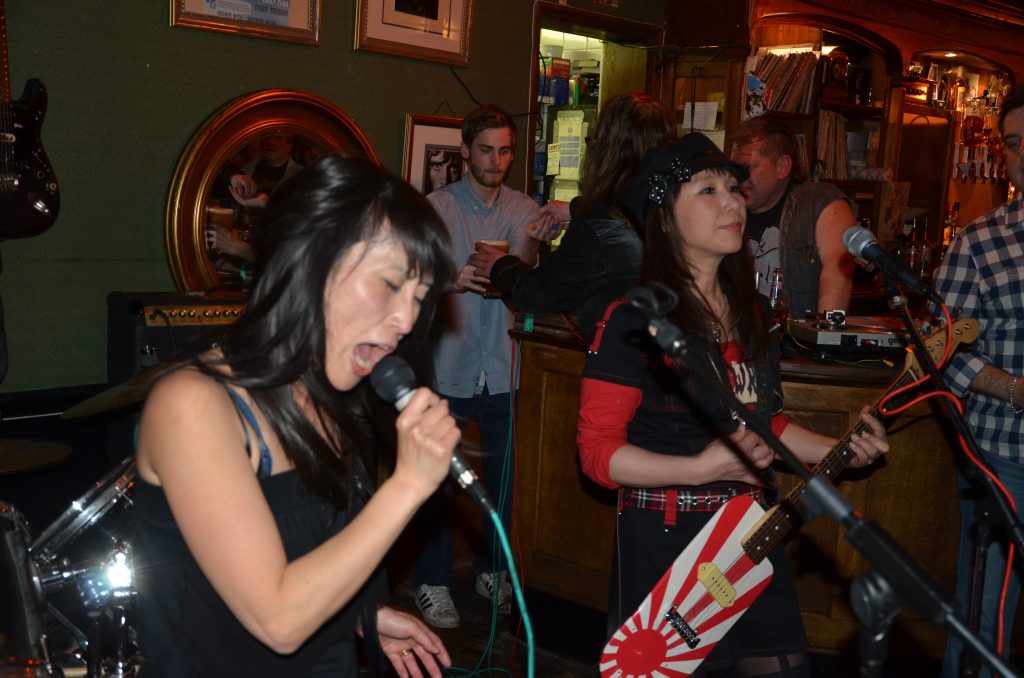 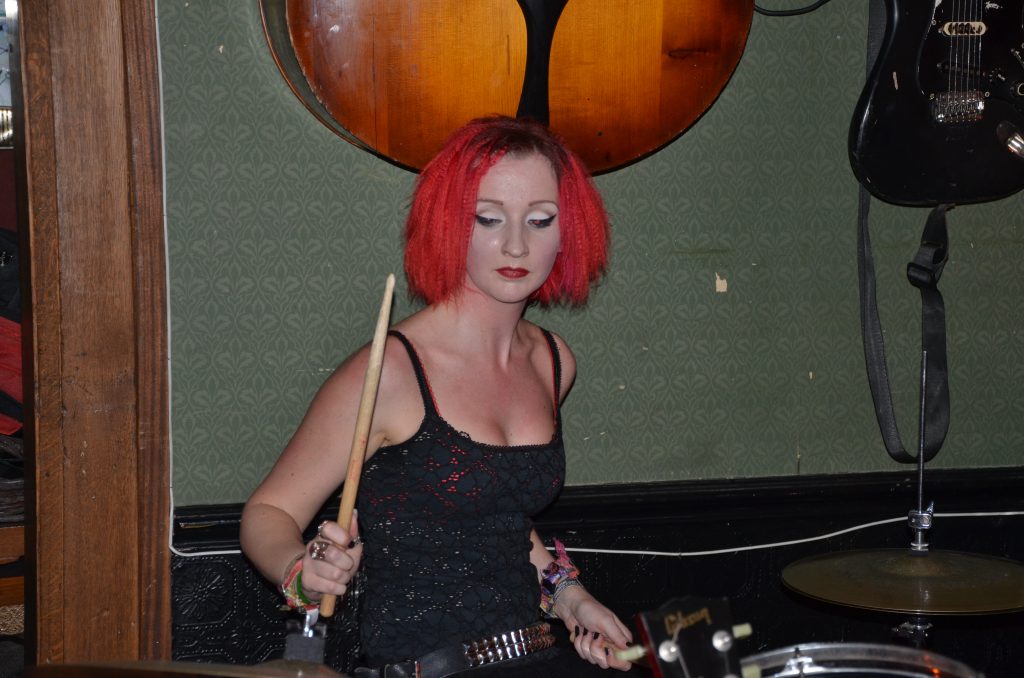 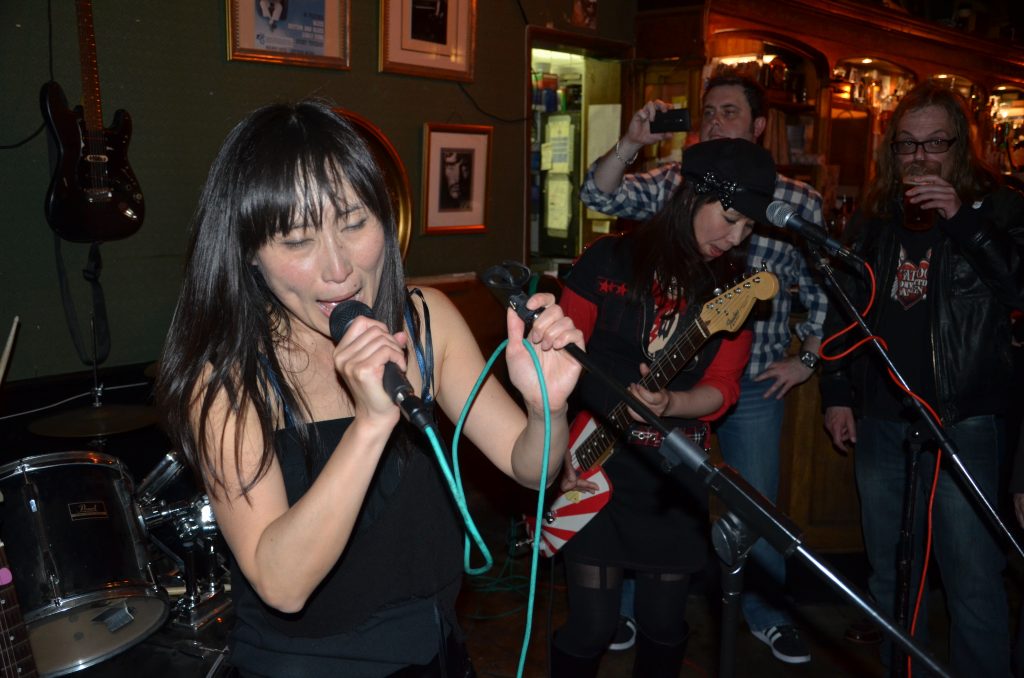 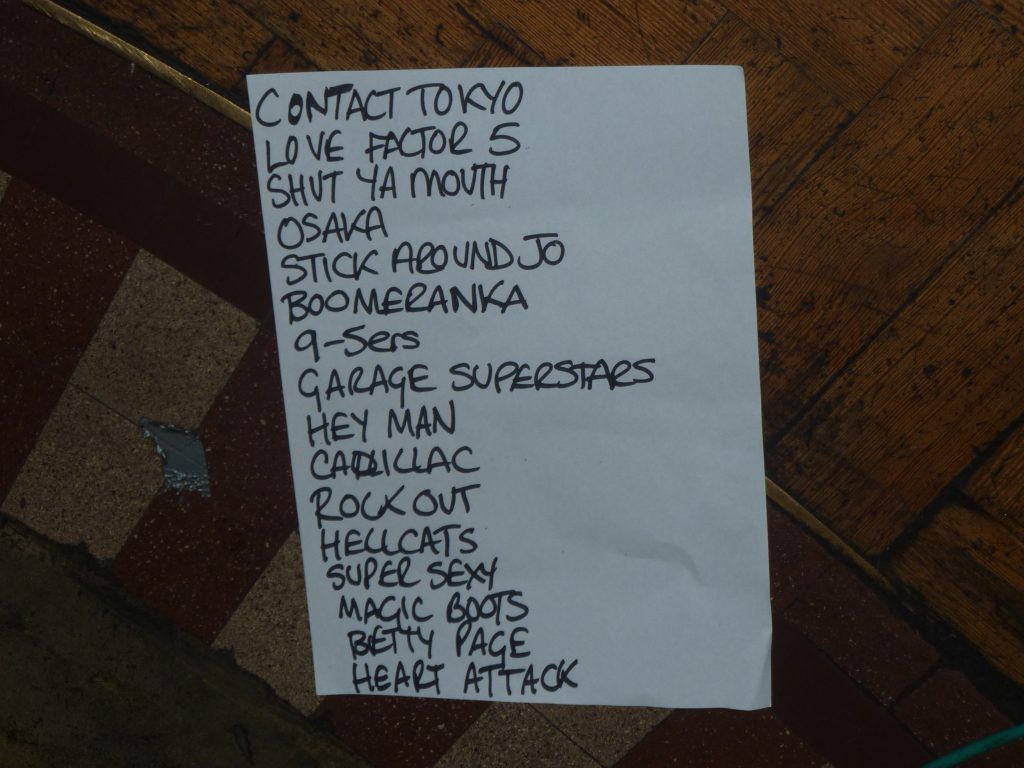