Just one of those bands who I think I don’t really like that much but who turn out to be a lot better than I expected. I’m sure my mind is constantly actively fighting about seeing supergroups in superstadiums, especially one as repugnant to the senses as Arsenal’s. (It’s actually a very good stadium, I just do NOT like going there).

They were supported by Dizzee Rascal and Bastille. I didn’t really want to get there early to see Bastille, who I am indifferent about, and I’ve seen DR before and he was shite. Judging by the boo that his name got when Matt Bellamy namechecked him, it doesn’t sound like he’s got any better.

As usual we were up in the stratosphere and so my photos and videos didn’t come out as well as they could. But hey ho, this site’s free! (Note to self: change all that one day)

This was how the gig appeared in the Sun, which I suppose describes the gig accurately albeit in a stupid tabloidy way. Don’t ask me why I was even thinking about reading the Sun, I’ve no idea.

MUSE were feeling generous at the Emirates Stadium on Saturday night – and not just with the fireworks.

The band handed out fake euro notes, complete with their faces printed on as they played a brilliant gig.

Banks in north London will be on the lookout for the dodgy currency. (If they’re as stupid as your readers) 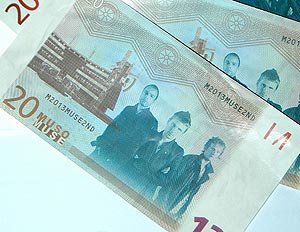 The trio barely put a foot wrong at the massive gig – until MATT BELLAMY brought up football.

Boos rang out when he shouted “Arsenal!” to fans at the first of two gigs at the stadium. (to be fair, it wasn’t exactly “Arsenal!” It was more a meek “Arsenal?”)

Luckily the high production values and the band’s stage presence had the 40,000-strong crowd bouncing for favourites Plug In Baby and Time Is Running Out. 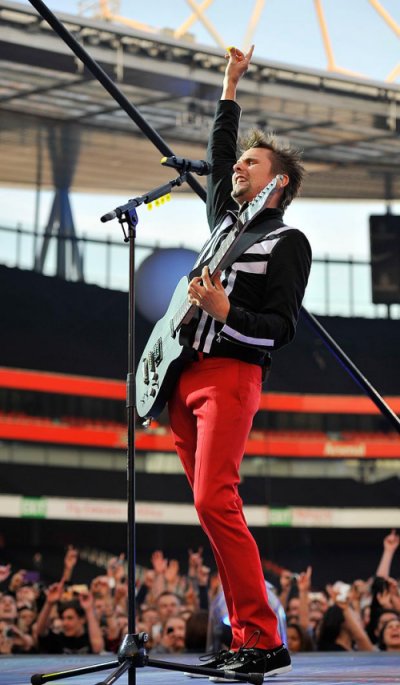 And the crowd went insane when Matt hopped down from the podium into the audience during their track Undisclosed Desires.

Other highlights included a huge red-eyed robot on stage during a drum ‘n’ bass-style interlude, a cover of THE ANIMALS’ House Of The Rising Sun and a giant floating lightbulb with acrobat in tow during New Born.

Those going to the Etihad Stadium later this week are in for a treat – though Matt had best avoid talk of City. 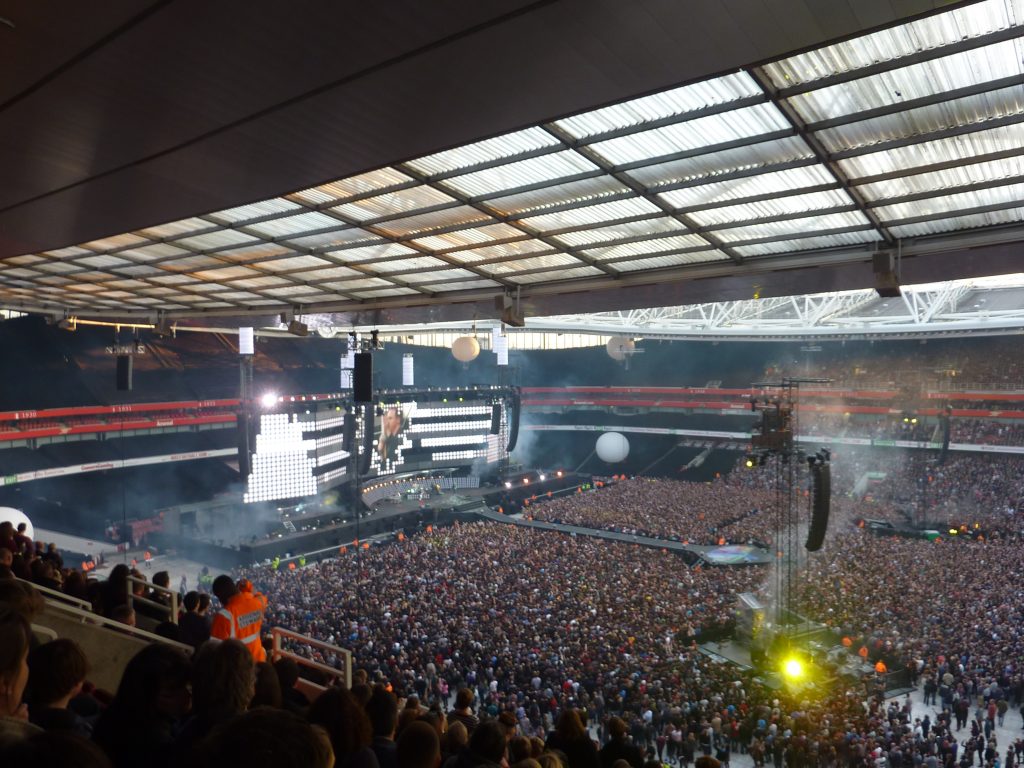 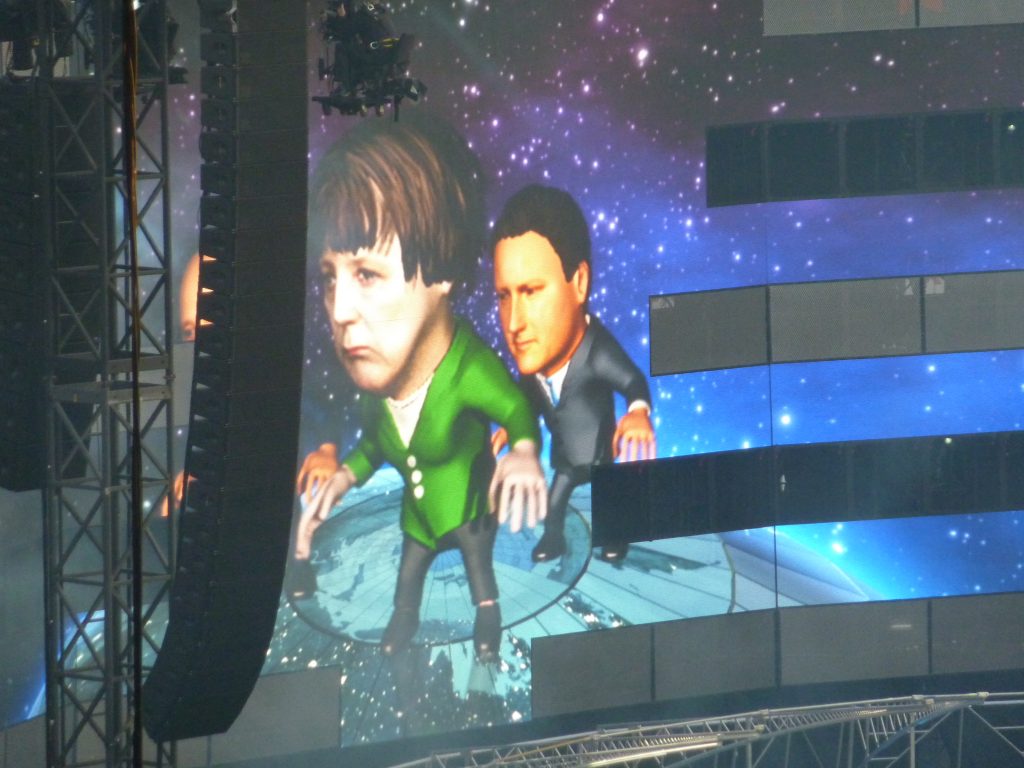 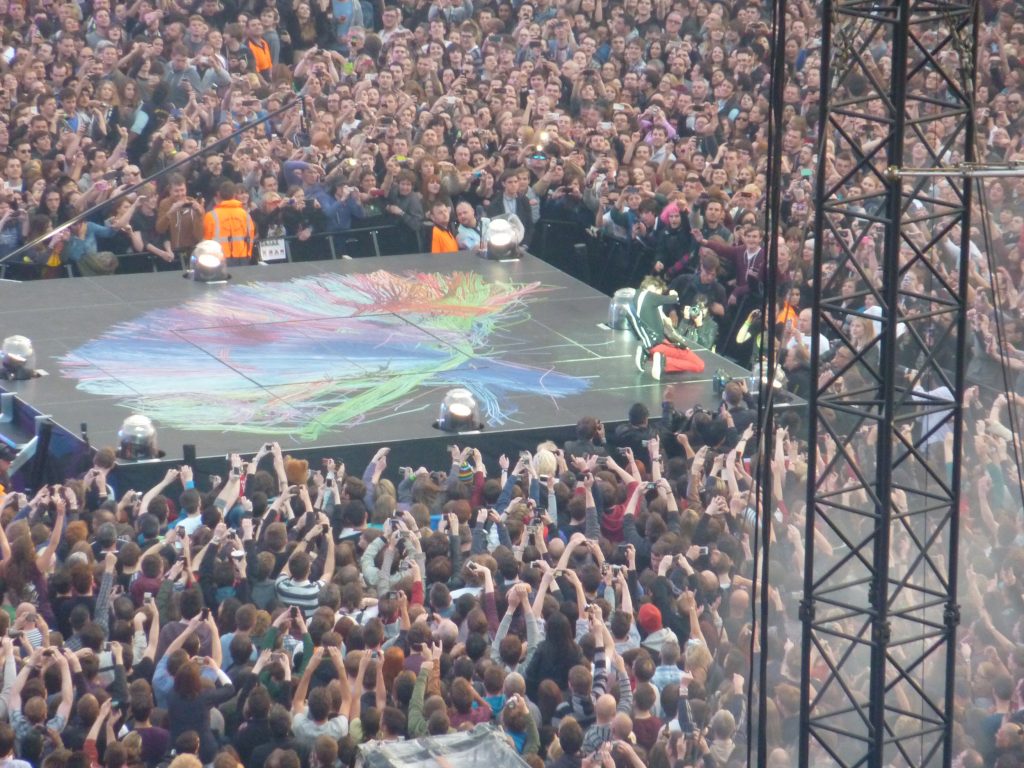 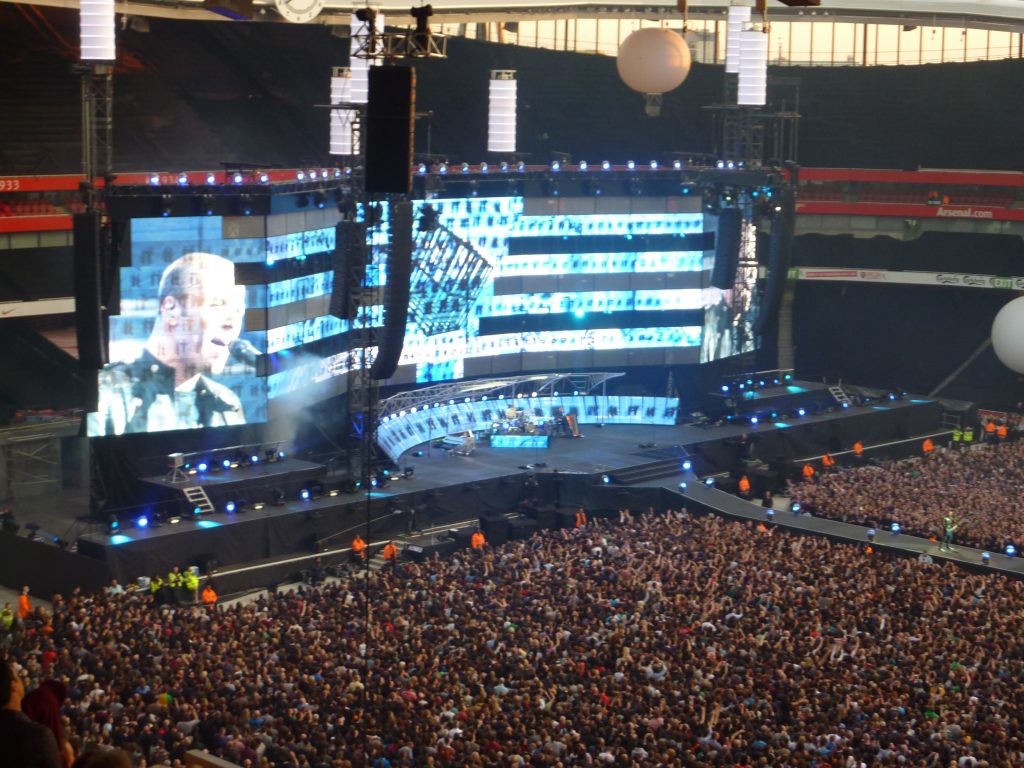 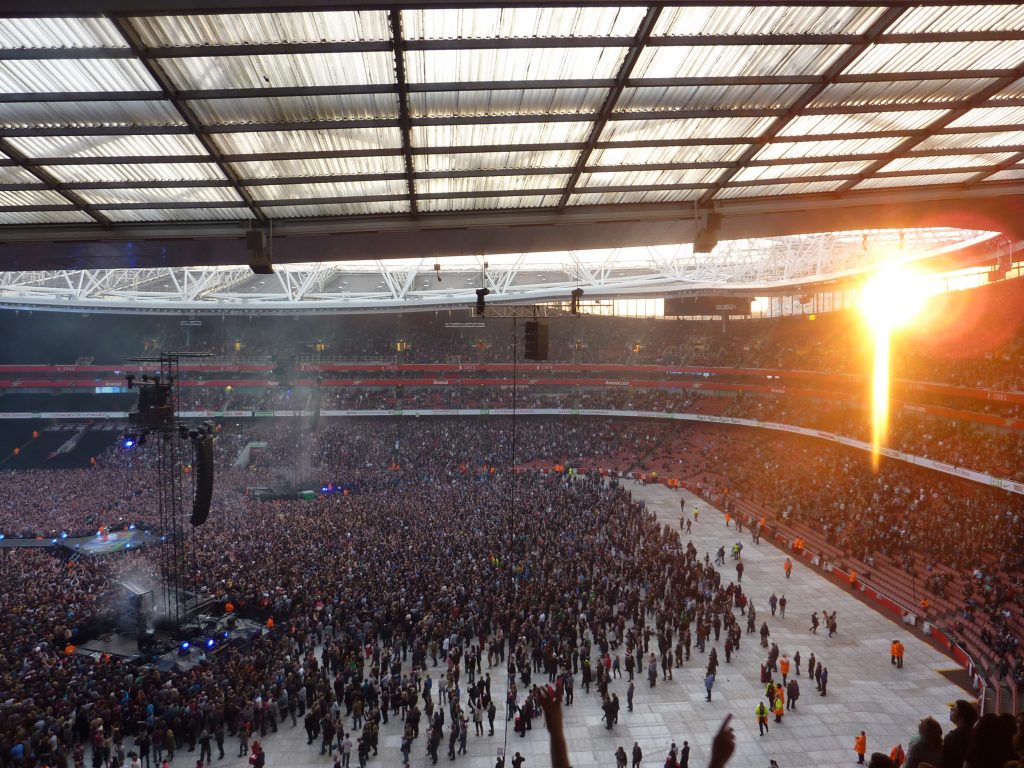 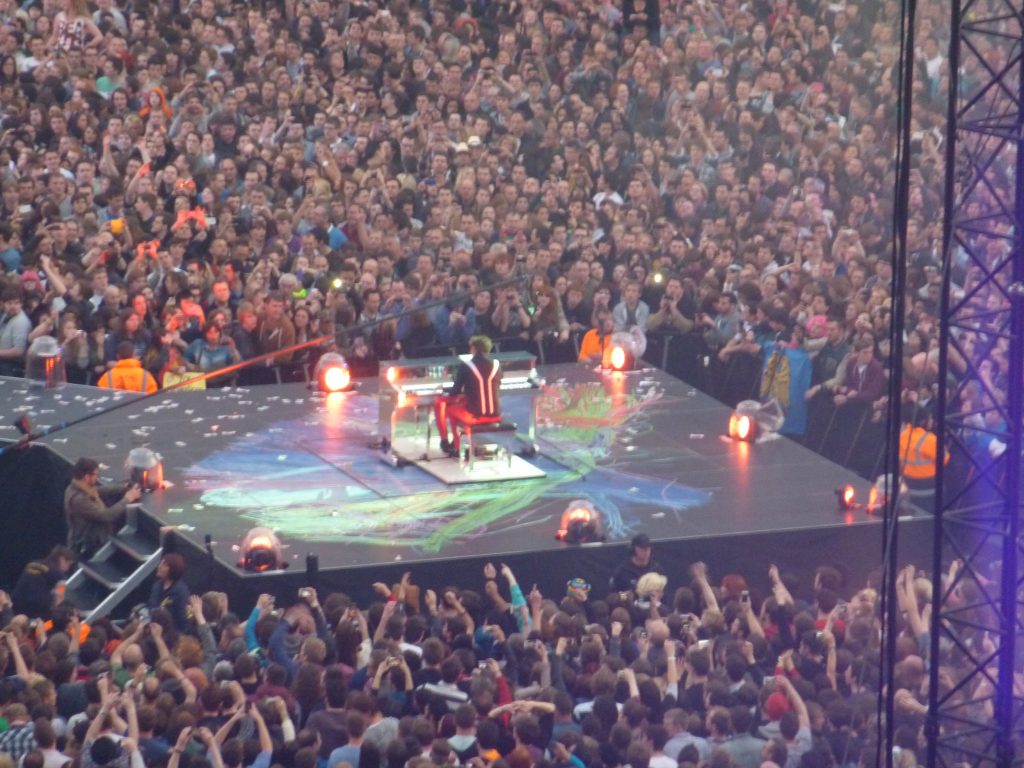 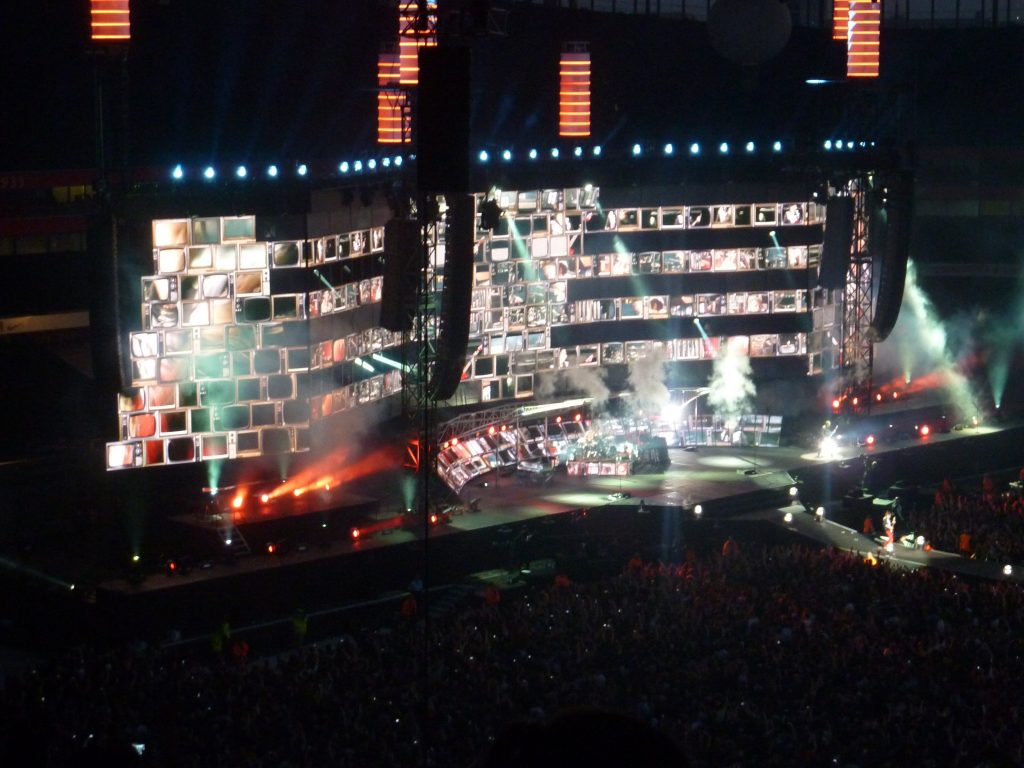 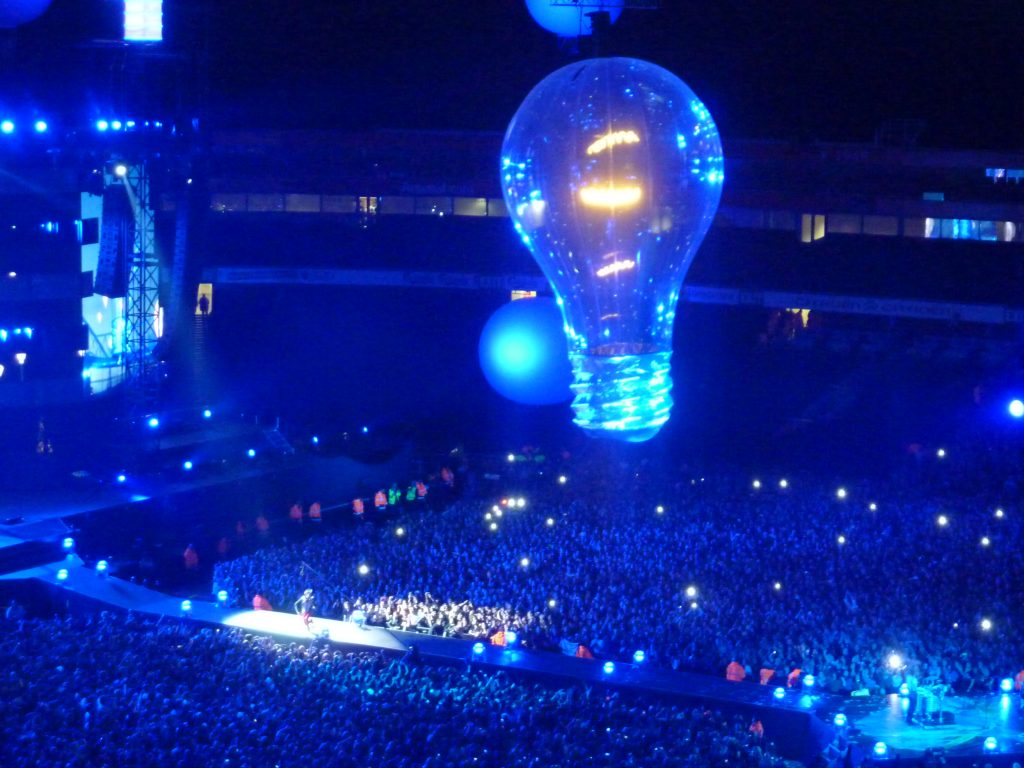 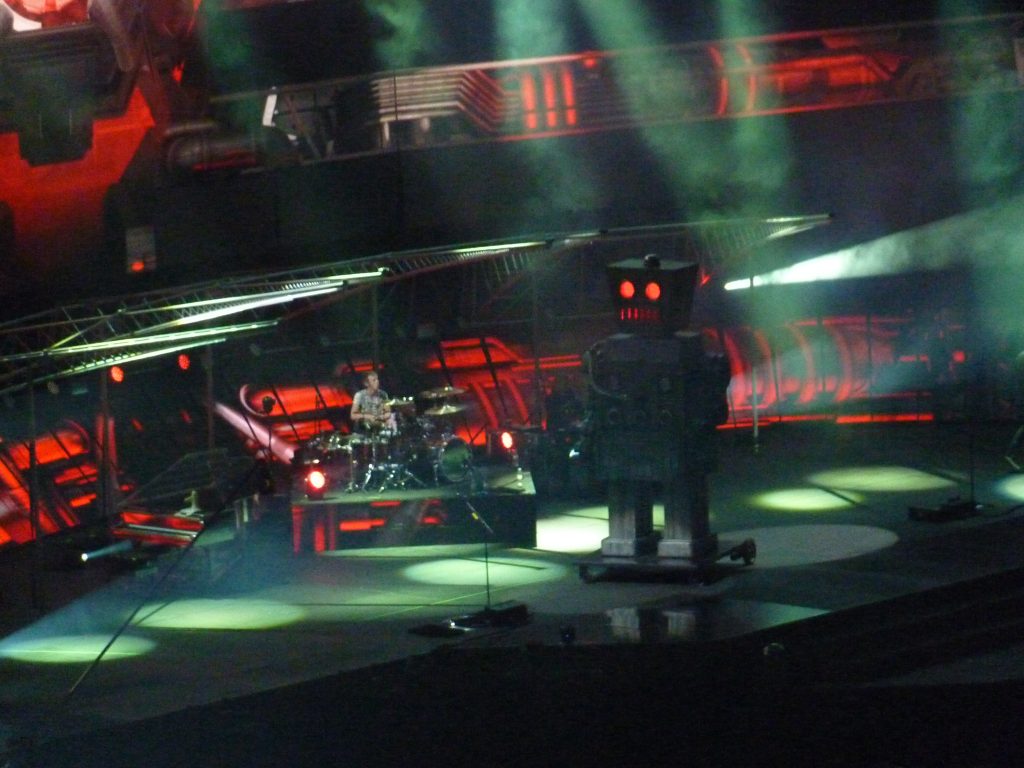