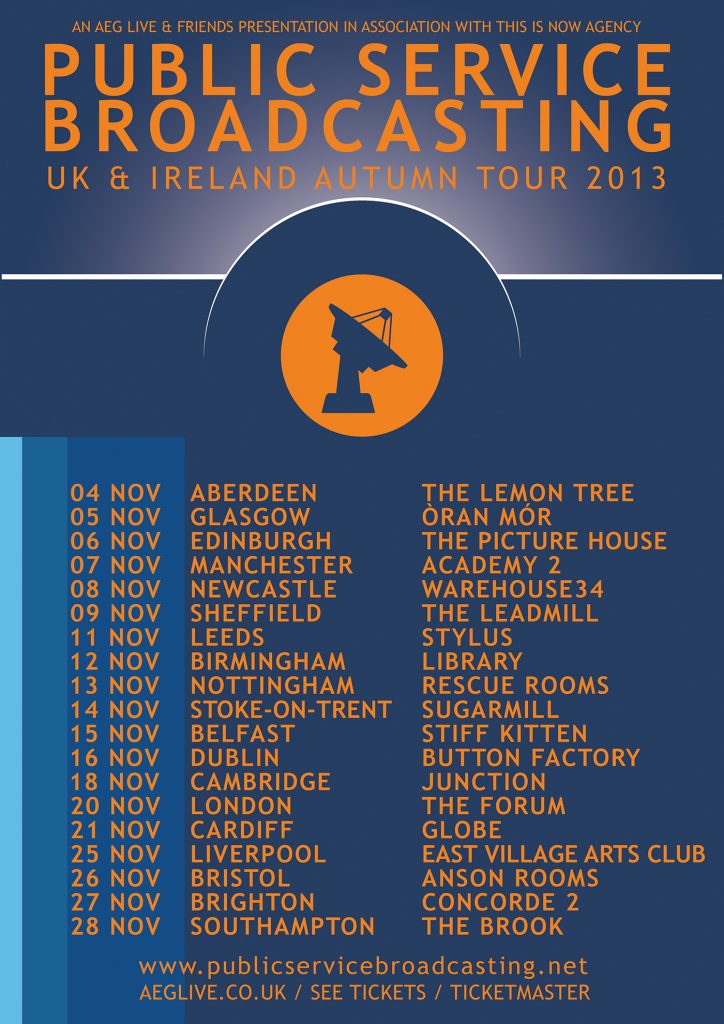 Second time this month at Cambridge for a gig and my first time at the Junction since watching the Subways and the Kooks here nine years ago. Oh yes, I love the Junction, with their confusing backstage signs. 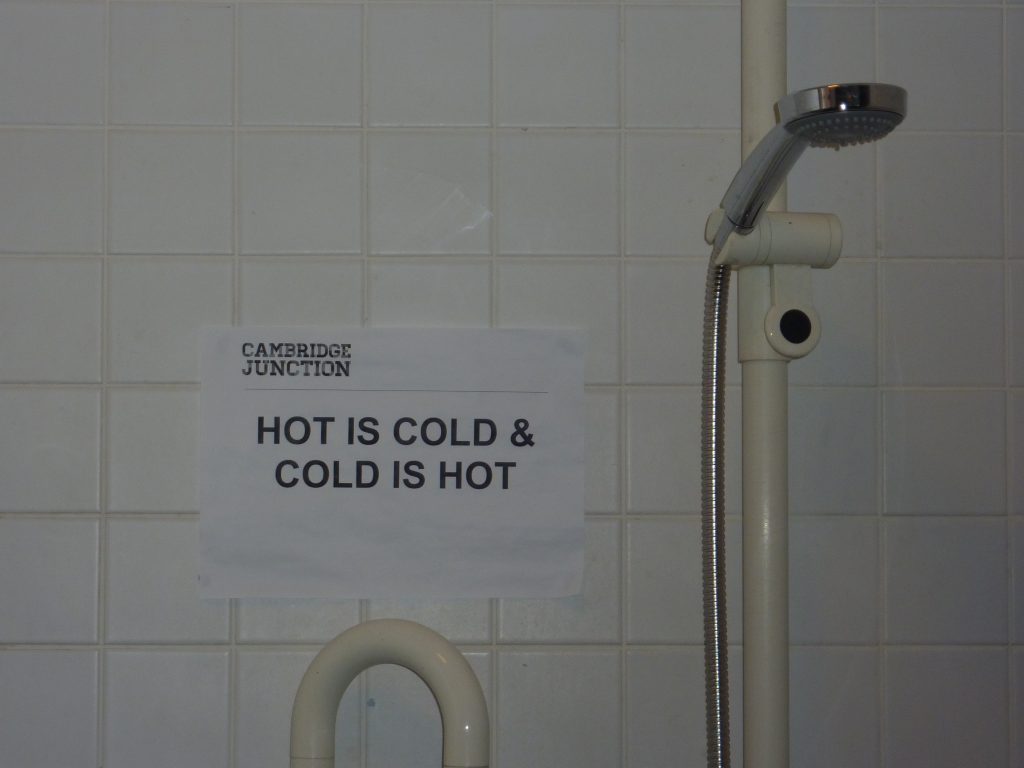 I’d set up an interview with the two people in the band, J. Willgoose, Esq. and Wrigglesworth (as they are better known), after about a year of chasing via management and personal email accounts. And it all went very well indeed, we had a very interesting chat in the Junction’s unusually spacious dressing room and got them to pose for a photo for me too: 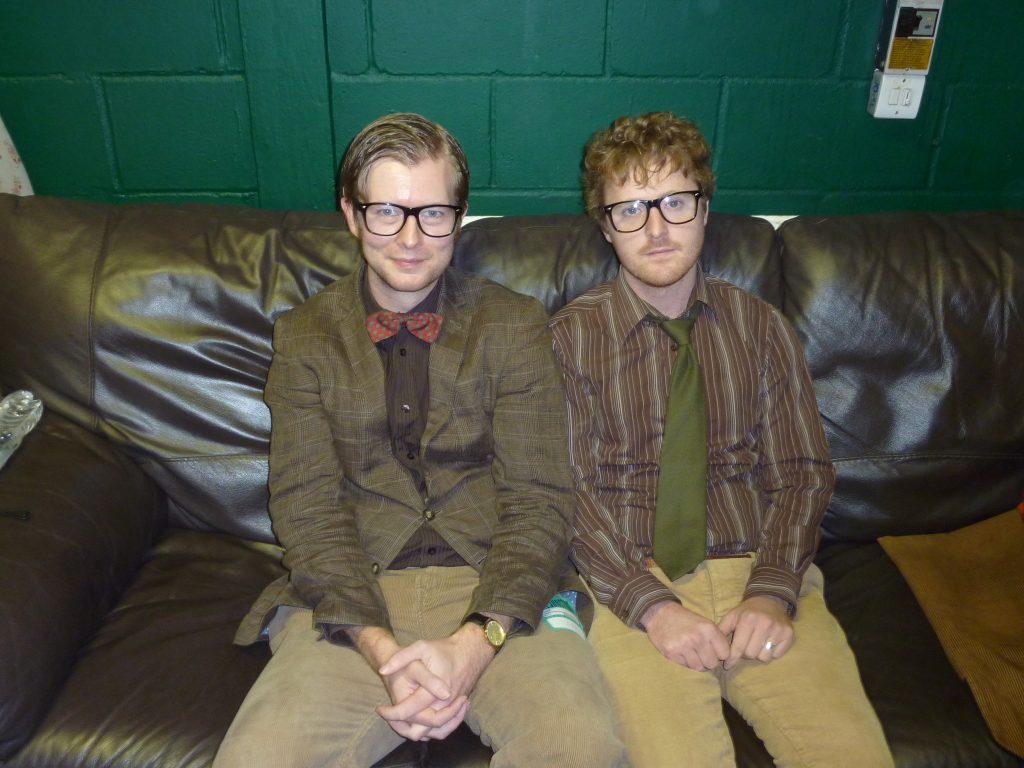 It was about 6pm at this time and I wandered out of the venue and to the retail park behind it, where I managed to squeeze into a mostly-full Nandos to get something to eat. As did the band. On the next table. Cue awkward small talk for the next half hour as we tried not to ignore each other. I can assure you any suggestions that their personas may be an act of some kind were dispelled at this point.

The show itself was a cracker – I just love the whole British Sea Power/WW2 airman meets Jean-Michel Jarre plus banjos vibe about their music. The venue – about a 900 capacity – was packed shoulder to shoulder. I didn’t take too many photos as there was a polite but jokey message at the beginning suggesting that people shouldn’t watch the gig through a camera screen. Hey, I can multi-task … 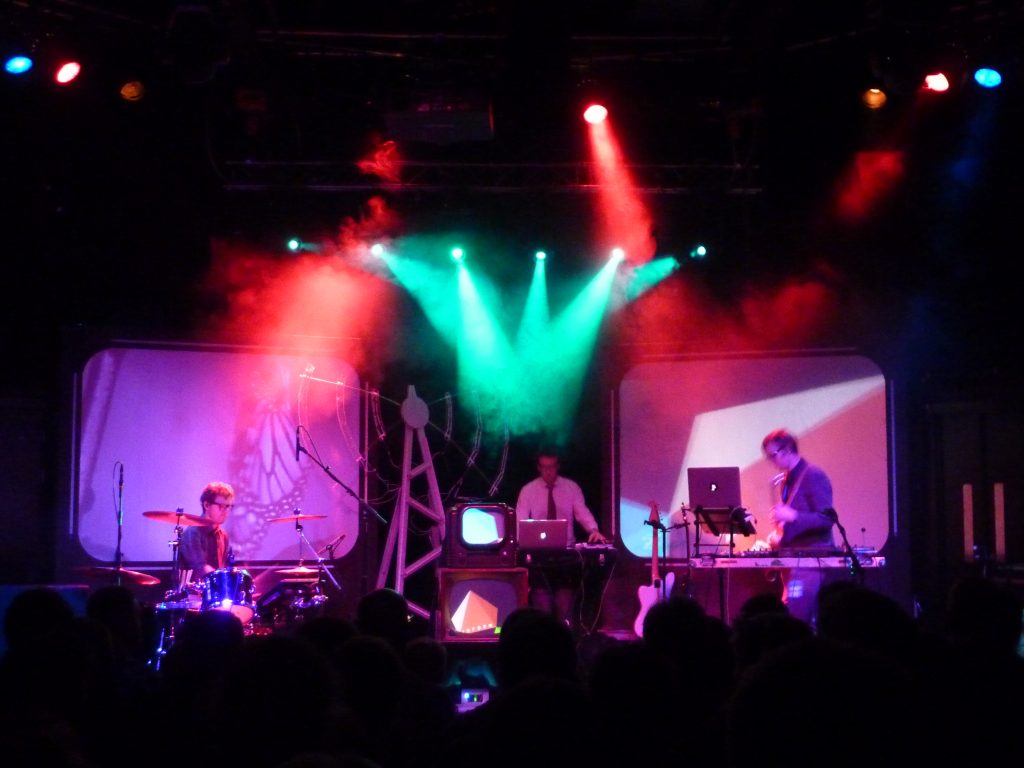 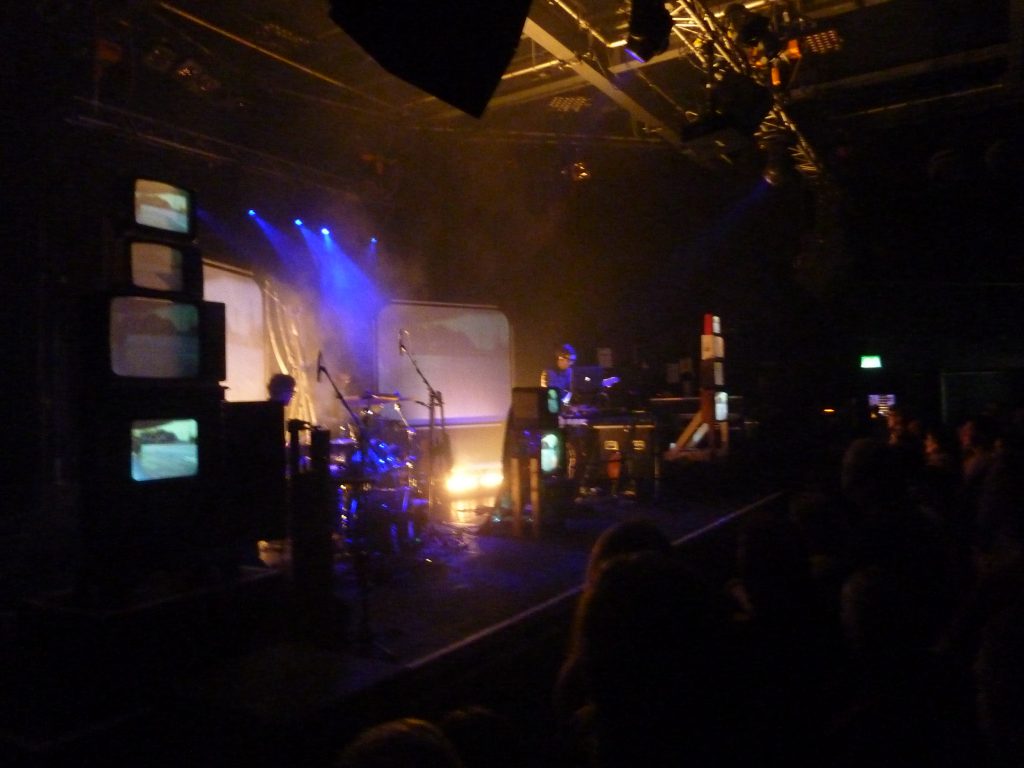 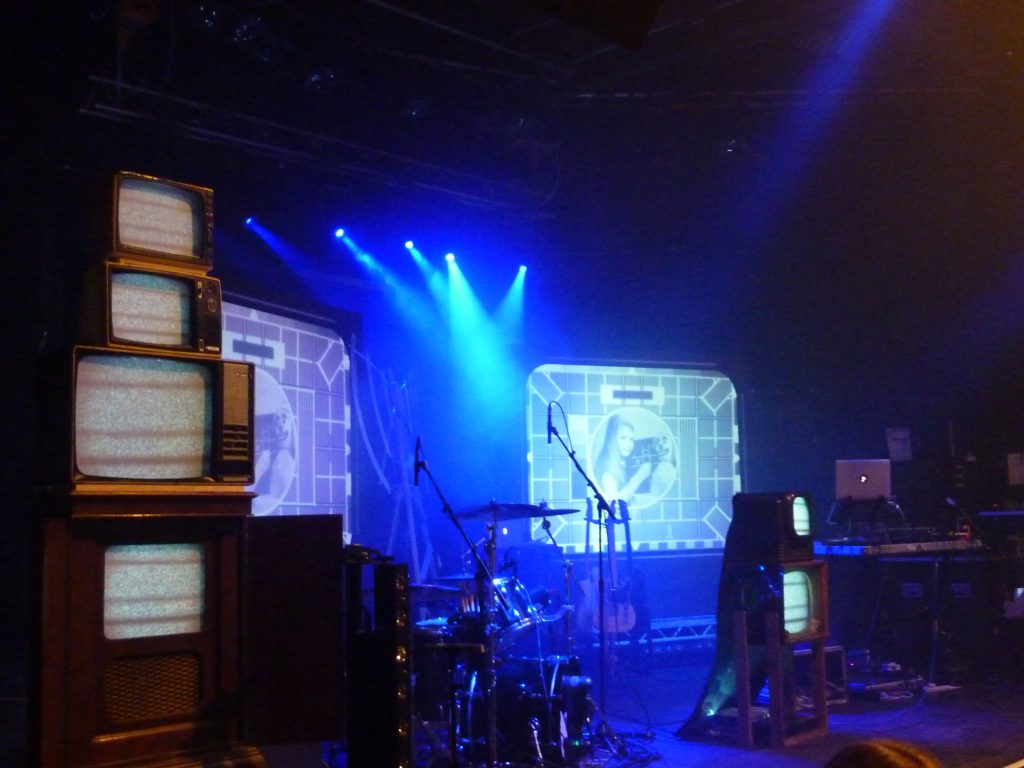 I was pretty sure I had taken a video too, which I’d sneaked from the back of the venue, but my hard drive tells me otherwise.

The support was from The Joker and The Thief, who I know little about. 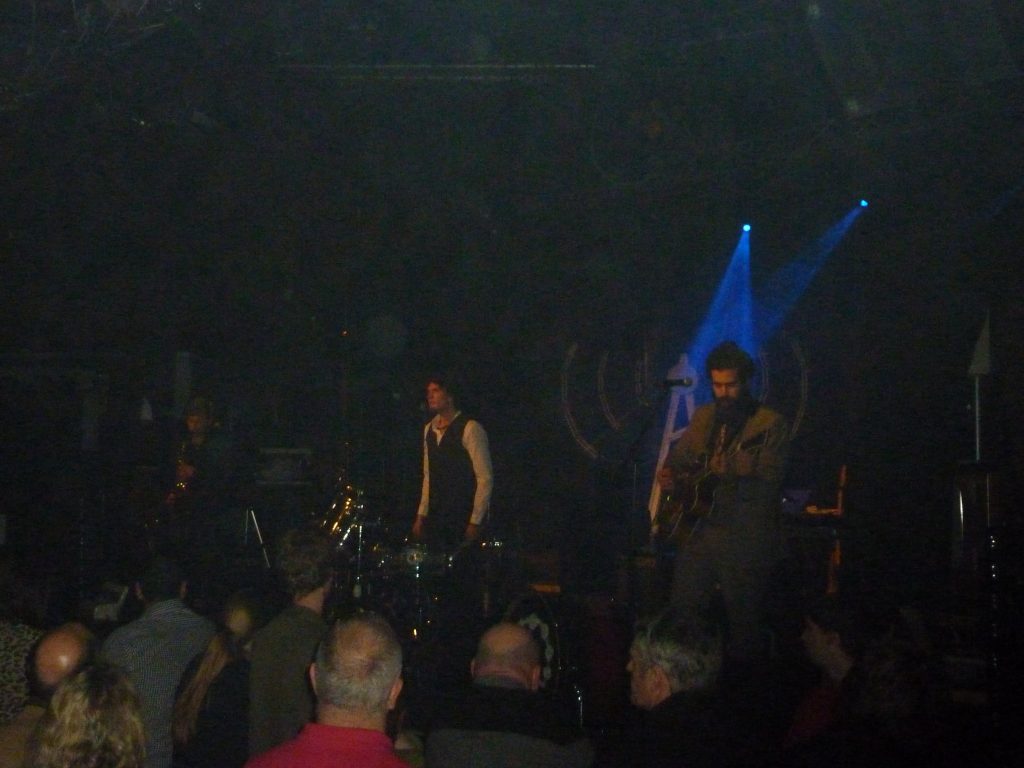 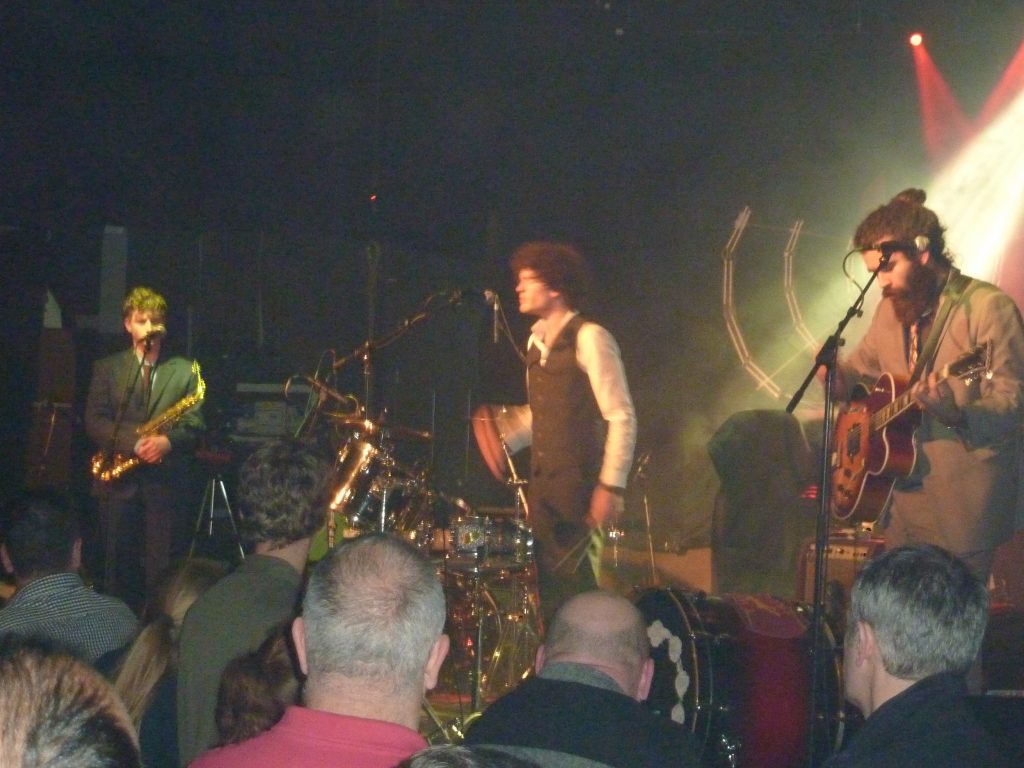 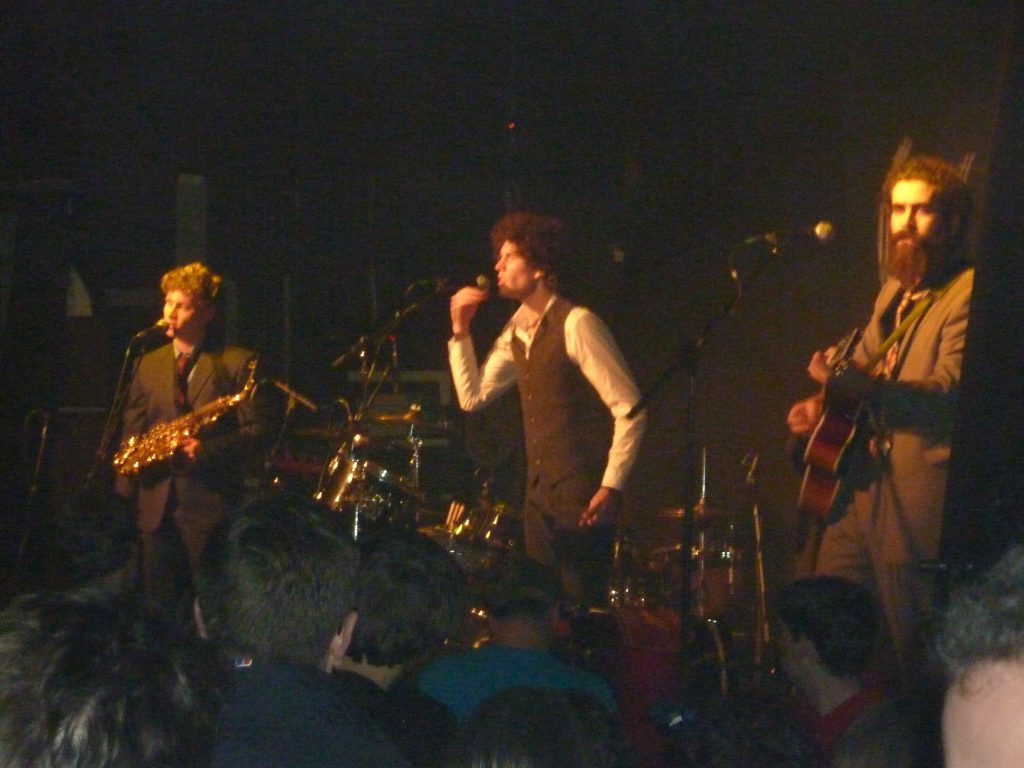 One nice touch was that there were photocopies of the setlist at the merchandise stall (even before the show), so if you wanted one you didn’t have to dodge security and fight other fans to get something the band had stomped beer into all night. 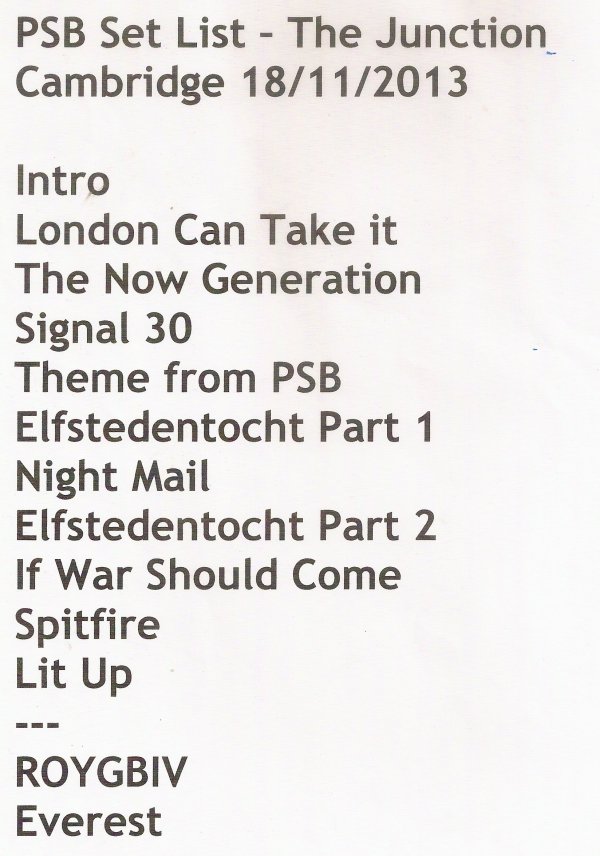