I had a call from Saffron Republica a few days beforehand to ask if I wanted to come along – emphasising that I couldn’t just say yes and not turn up, as places were limited, and yes I was being asked to come to a pub in Balham on a Thursday morning! It’s such a godsend to be removed from the 9 to 5 and not have to explain to some small-minded music-hating idiot of a boss that I’d like some time off to see some bands.

So it was today that I achieved a lifelong dream by going to Balham for the first time ever. There’s no non-sarcastic way to say that. Great venue though – a pub with a Shakespearean Globe Theatre in the back room. I rolled up there just before 11am. 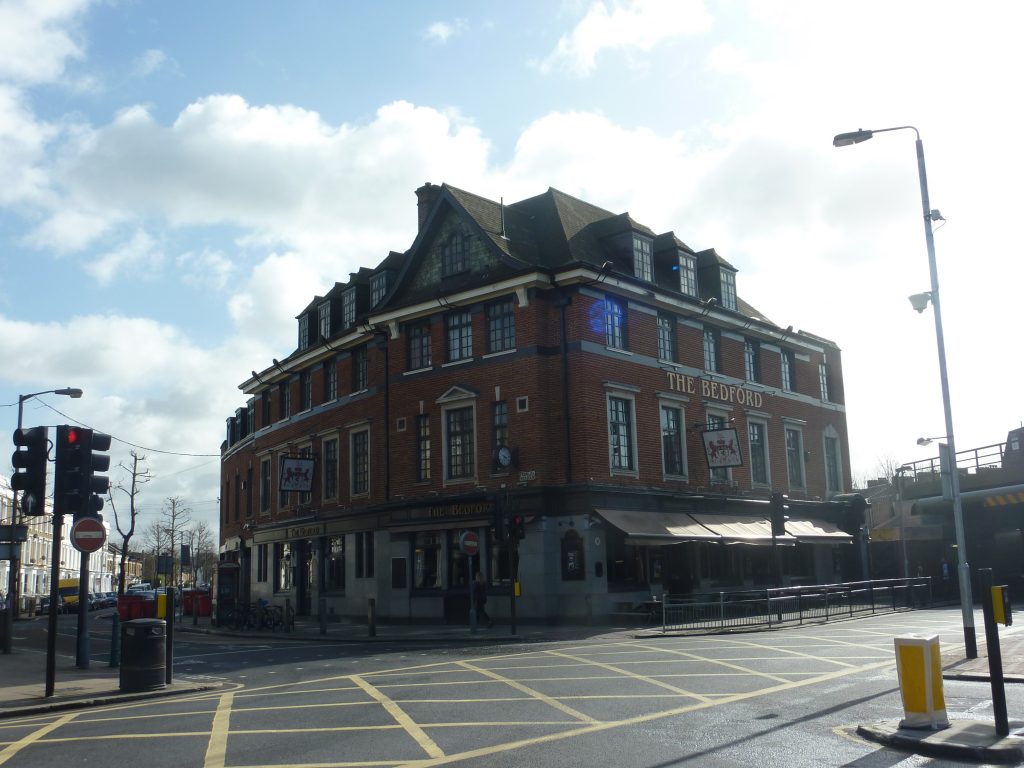 A few minutes later I’m sitting in the bar with a couple of people from Republica and Tenek having a morning beer. I’m definitely not usually an early drinker, so this was a bit weird for me, but the expectation was we had to sit around and have some beer while we were waiting for all the acts to get ready, which was also weird as it wasn’t a boozy shouty kind of session.

The five acts were being filmed for a show for Vintage TV, a channel which existed on our Sky boxes between 2010 and 2018 but no longer exists, priced out of the market. They produced a lot of these kinds of shows, which was an immensely great public service, but sadly there isn’t the commercial appetite for them any more.

Each act did about three or four songs (sometimes twice) and were interviewed by the host, Clare Grogan. All slightly different but all very good in their own way. As it was being filmed for TV I didn’t take any photos or videos myself, apart from sneaking the odd one of Tim from Republica … 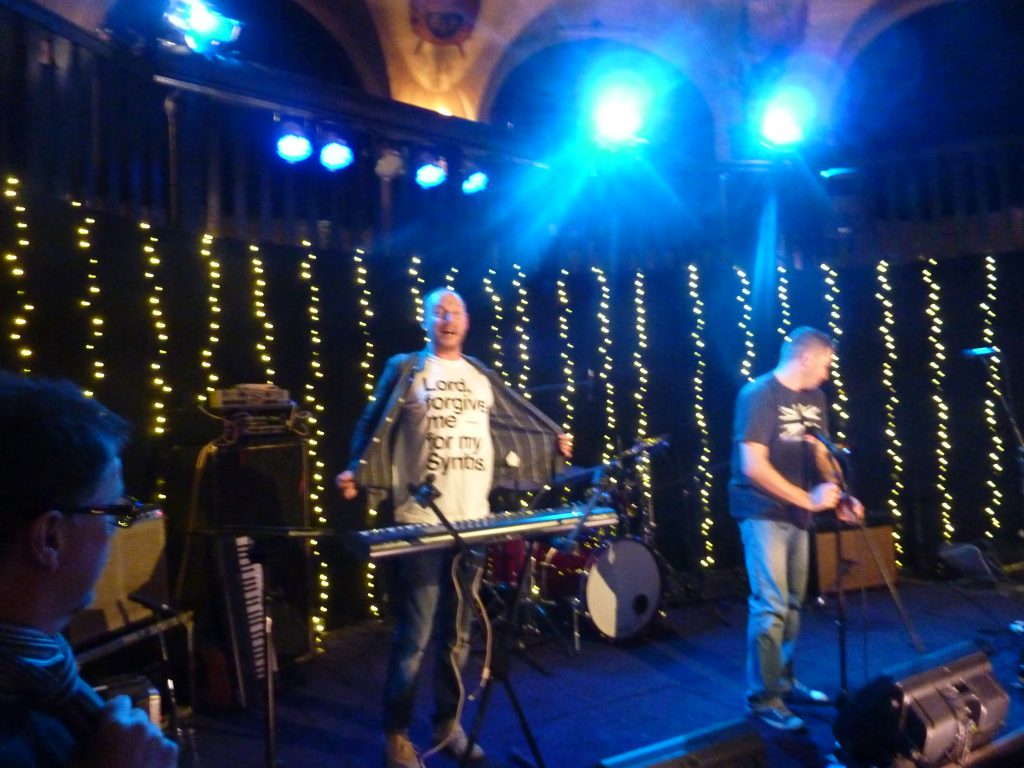 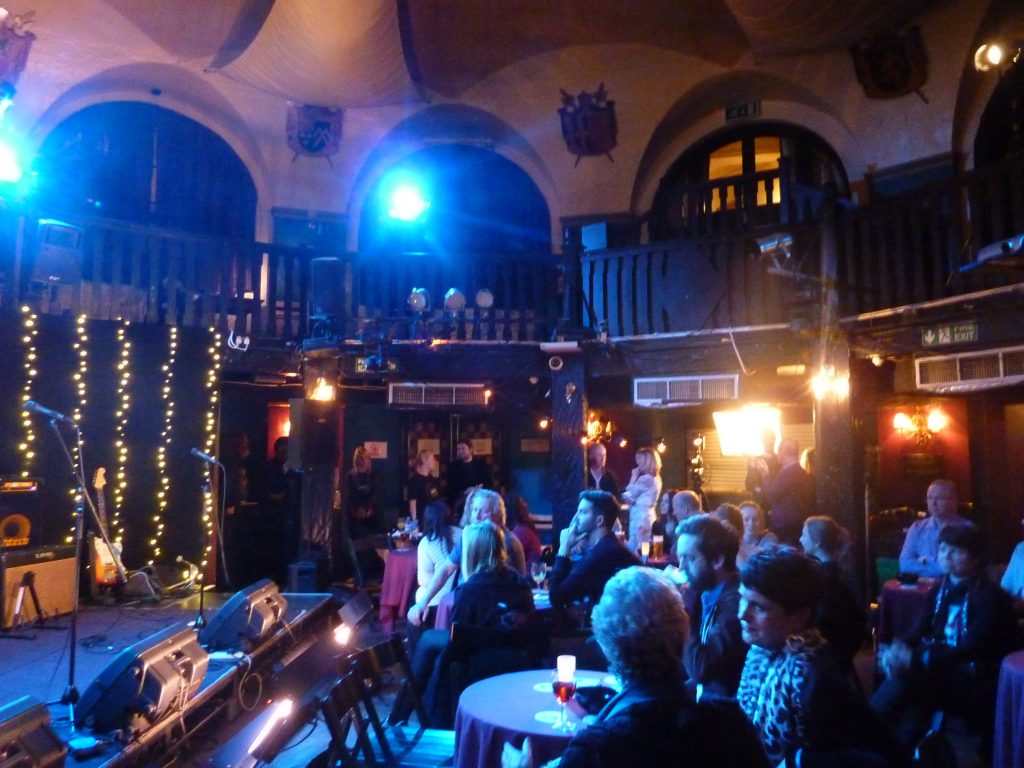 I did managed to get a picture of myself with Clare Grogan although didn’t manage to spend any time chatting to her. Likewise with Glenn Gregory who I would have perhaps had a better photo with if his taxi didn’t ring up half way through it!

The actual recordings and bands were on from about 1.30pm and I got away around 5pm – a full day’s work! I couldn’t find an actual recording of the show that was eventually recorded, but I did find this very short trailer still up on the YouTube.